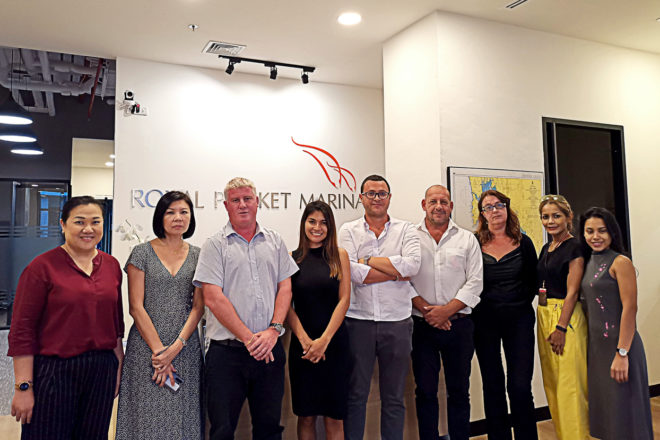 “Professionally, I’m very happy about Yacht Sourcing Thailand opening its office in Royal Phuket Marina, as I believe it’s a perfect match between two organisations with a proven record of delivering luxurious, high-quality goods and services that put the customer first,” said Monges, who has lived in Phuket since 2009.

“Personally, it’s exciting to be back at Royal Phuket Marina as this was the start of my career in the yachting industry. It’s an ideal base for our growing operations.”

In Indonesia, Yacht Sourcing doubled the size of its Bali headquarters in October by renting the next-door office and redesigning the enlarged space, before staging a traditional Balinese ceremony to bless the new workplace, which now houses 12 staff.

The company is also moving its office in the capital from Pluit in North Jakarta to the exclusive BCA Tower in Grand Indonesia.

Xavier Fabre, Yacht Sourcing’s co-founder and Director of Sales, said: “We needed to expand in Bali, while in Jakarta, we wanted to move closer to our clients, who all have offices in the city centre. We’re very happy, as Menara BCA is a premium office tower. It’s a busy but exciting time for Yacht Sourcing, as we’re growing across different sectors and regions.”