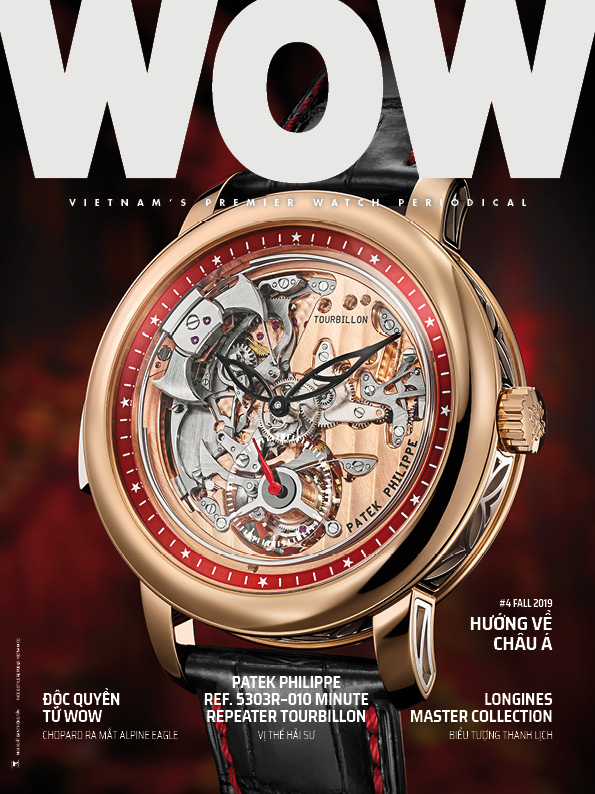 Since the early 2000s, the value of watch exports to China has increased by a factor of 100. Hong Kong and China are the first and third most important destinations for Swiss watch imports. When watch sales to tourists are combined, it is estimated that up to half of the watches sold in the world end up on the wrists of Chinese buyers. It is no exaggeration that Asia is now the largest watch market in the world, the true El Dorado for watchmakers in the world in general and Switzerland in particular.

This is the reason WOW Vietnam editorial team has decided to dedicate this Fall edition for this strange phenomenon: For the first time in nearly two centuries of history, Patek Philippe holds an unprecedented largest exhibition in Singapore, and launches many timepieces celebrating Southeast Asian countries at the same time, including Vietnam.

Ranked as the top selling watch brand in China, Longines also does not miss the opportunity to enter the potential Asian market. Last Autumn in Taipei, the brand organised a two-day event to introduce the latest products from the Master Collection.

Not only limited to luxurious destinations at Marina Bay Sands or Le Meriden, one of the leading names in the haute horlogerie organised a journey to Tu Lan cave, Quang Binh province, Vietnam: Montblanc took it all on a challenging natural adventure, with two Montblanc 1858 timepieces limited edition on the wrists.

In this #Fall issue, we can not ignore the new presence of a series of famous independent watch brands in Vietnamese market, such as Romain Gauthier at the exclusive party with VIP guests; Swiss Watch Night Party with 4 independent brands: Bovet, Manufacture Royale, Mauron Musy and Rebellion. Besides, it is also impossible to ignore the brilliant masterpiece Tourbillon Invisible Baguette Diamonds that Franck Muller has just brought to Vietnam with the retail price ranging from 1.2 to 2 million USD. 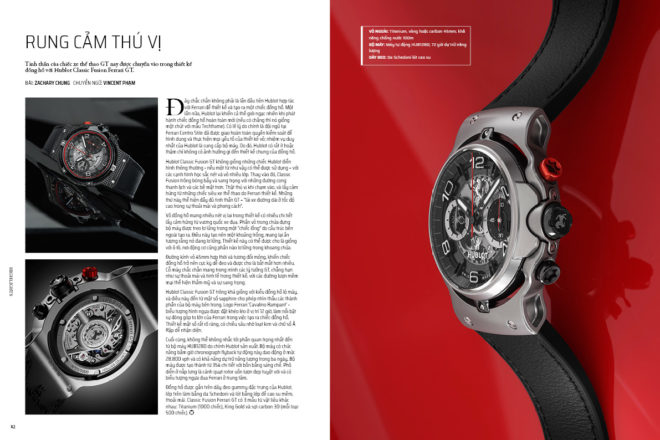 The Asian watch market is booming, more and more brands are taking their attention to this area. Let’s update the latest movements while admiring the beauty of the Ref. 5303R-010 Minute Repeater Tourbillon in honour of Singapore, which was launched by Patek Philippe at the latest exhibition, that WOW Vietnam is pleased to be the first media in Asia to put on the cover.