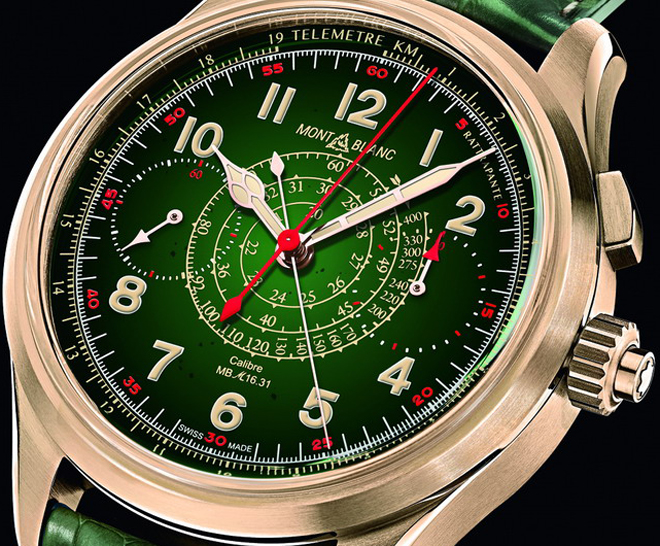 In Mexico, the use of jade in symbolism and ideology is  highly influenced by its rarity and cultural value through history and heritage passed down from pre-Columbian Mesoamerican cultures, such as the Olmec, and the Maya. Inspired by the Mexican flag, the Montblanc 1858 Split Second Chronograph Limited Edition 8, combines a 44-mm bronze case with a distinctive smoked-green nephrite jade dial in a visually arresting, undeniably attractive colour palette of rose-gold-coloured elements and red accents that somehow accentuate its retro-appeal whilst retaining an aesthetic of modernity.

The chronograph indications of the limited edition Montblanc 1858 Split Second Chronograph are displayed via a rose gold-coated central chronograph second hand, a white-coloured split second hand (to measure a second time interval) and a chronograph minute counter at three o’clock. 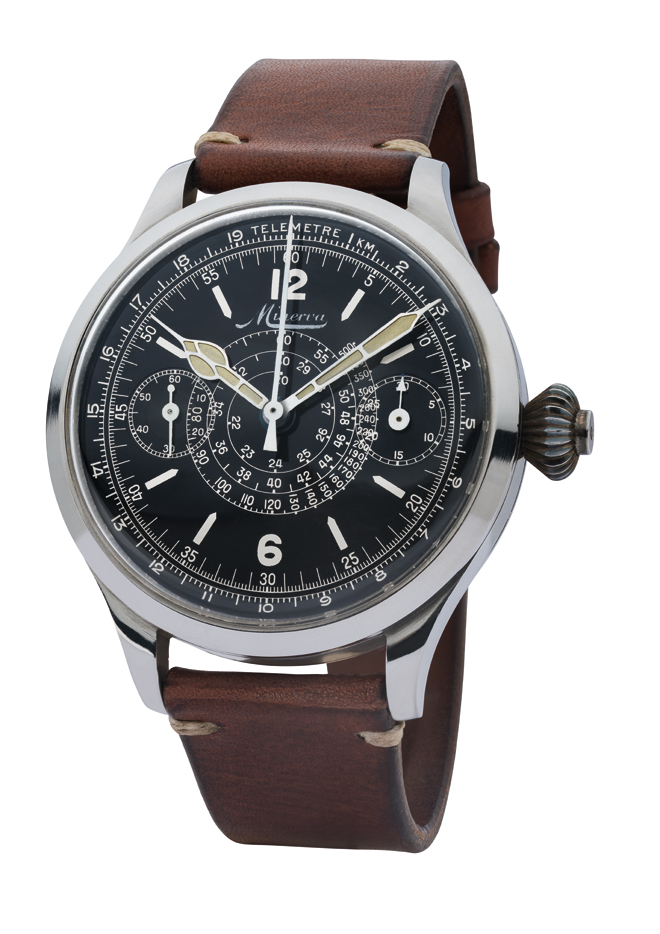 “The 1858 Split Second Chronograph Only Watch 2019 is a refined chronograph complication, quite rare and incredibly rooted into the story of Minerva. This execution inside the 1858 product line represents the state of the art of our high-end hand-made hand-finished watchmaking offer” – Davide Cerrato, Montblanc Managing Director Watch Division

Montblanc continues its support of Only Watch, now in its 8th edition, in the fight against Duchenne muscular dystrophy. 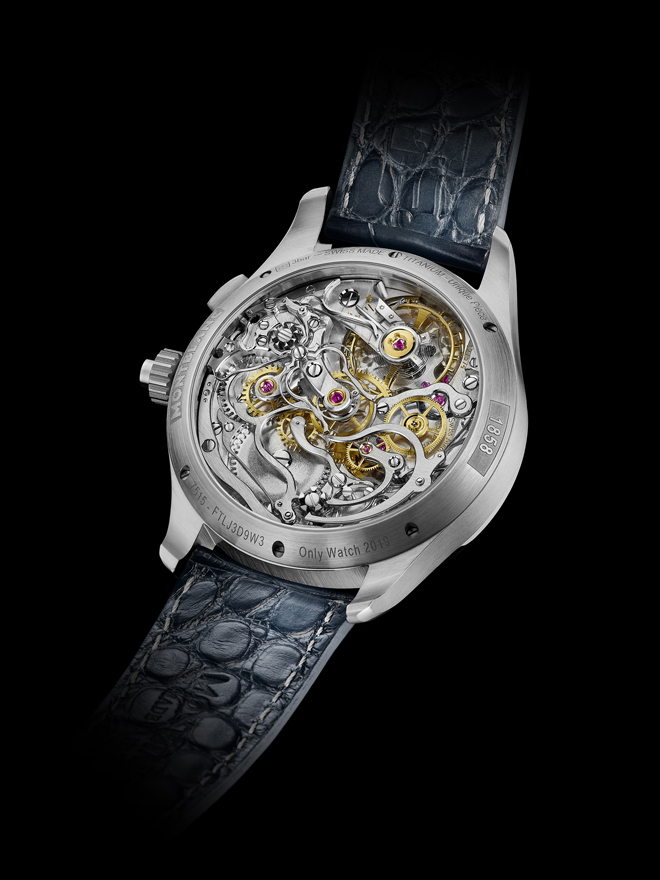 For the first time, like the forementioned Jade Nephrine dial on the SIAR 1858 split second chronograph, Montblanc unveils its beloved 44 mm Minerva rattrapante monopusher chronograph in full satin-finished titanium case and topped off with a special dial made of degraded blue Agate, a natural stone, giving it a superlative, slightly sunburst-smokey effect.

Both the unique stone dials on both specimens of fine watchmaking are endowed with a tachymeter scale visible at the centre of the dial in a colimaçon or snail shape, which allows the user to measure a length of time up to three minutes instead of one minute in a traditional chronograph scale around the dial. The tachymeter scale is to show the speed of a moving object, such as a car, over a known distance. 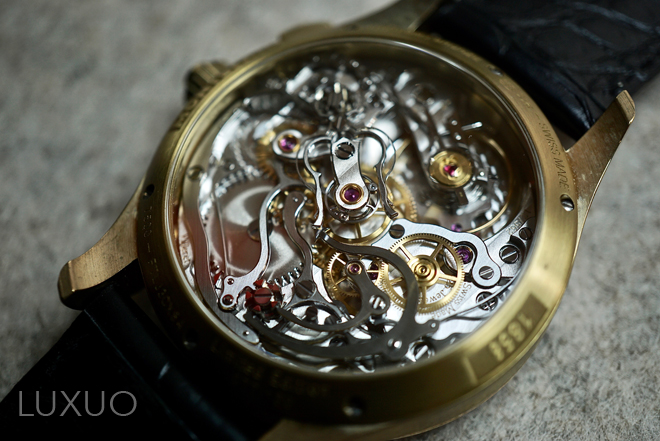