With over $2 million worth of Timepieces stolen, Paris has a Watch Theft Issue 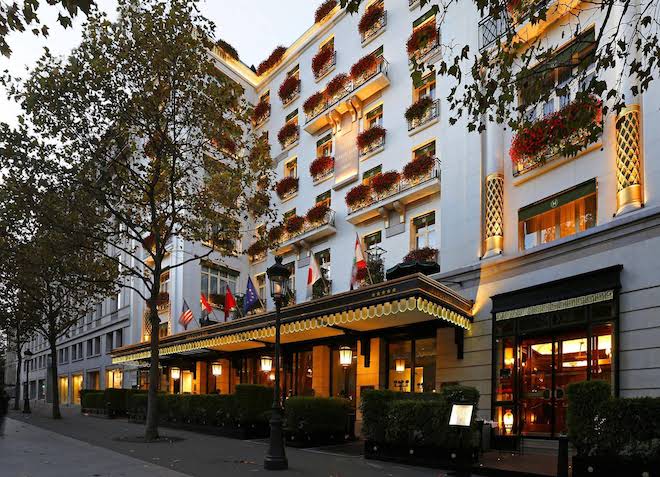 A Japanese businessman stepped out Hôtel Napoléon, located in the city’s famous 8th arrondissement, one of Paris’s elegant upmarket neighbourhoods, for a quick smoke when in a briefest of moments, he had his $800,000 Richard Mille Tourbillon Diamond Twister stolen off his wrist last Monday 9th October according to CNN.

The crime took place a stone’s throw away from high profile Parisian landmarks Arc de Triomphe and Champs-Elysées, interviewing the victim, CNN affiliate BFMTV, described the luxury watch theft incident as one where a 1.8 metre man wearing a parka, approached the Japanese businessman for a cigarette, common courtesy between smokers, and as he offered a stick to the stranger, his Richard Mille was snatched straight off his wrist. 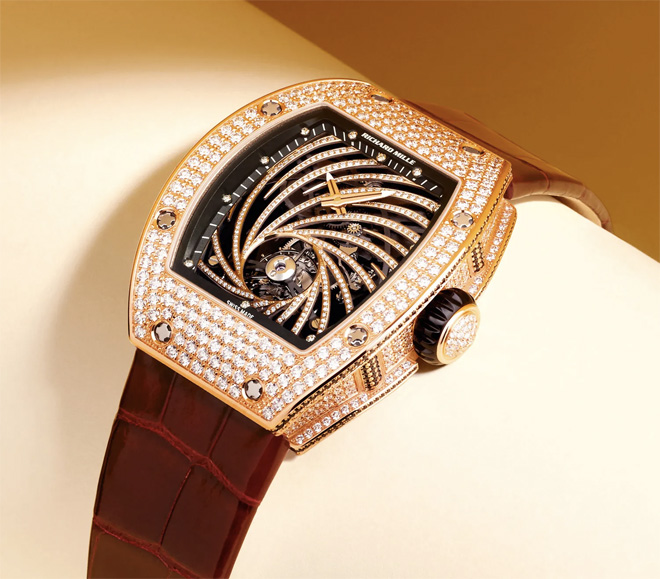 Paris’s 8th arrondissement, the city’s famed luxury district has been ground zero for some of the city’s most high profile watch crimes. At its peak, four thefts involving watches totalling US$210,000 were stolen on August 29th alone; 71 cases have been reported since the start of 2019 till September. 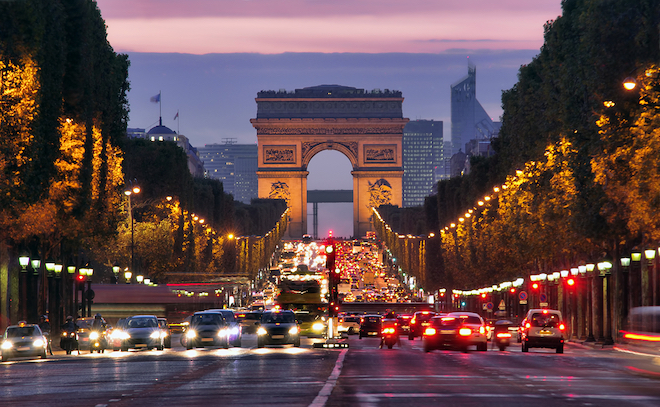 The recent spate of luxury watch theft in the famed cultural capital is problematic given that it has been part of a new wave of crime where the thieves involved have been able to recognise the models at a glance. Previously, most thieves were only interested in Rolex, but now, the thefts are going beyond known luxury brands but focusing on high profile models from other less recognised but extremely prestigious marques. Furthermore, despite the other jewels and accessories, the thieves were only interested in the watches. 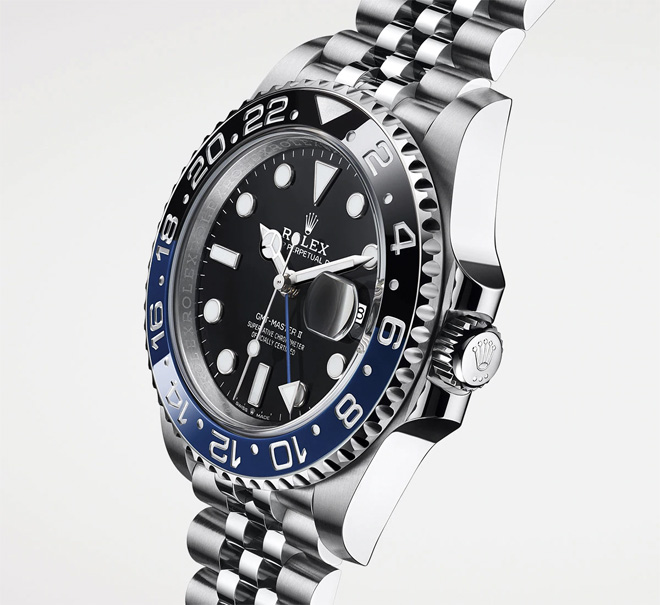 Among the 71 watch stolen in Paris is the theft of a Rolex GMT Master “Batman” – an in demand sports model named for its blue and black ceramic bezel.

According to French National Police, unable to be sold online or at pre-owned stores, these watches fetch 30 to 50% of their value on the black market and these high profile thefts traditionally used to be the purview of international syndicates from Italy, North Africa and Eastern Europe but it appears that “enterprising” youth in the city have started to participate in this watch crime wave, leading to a 28% rise compared to the same period last year. 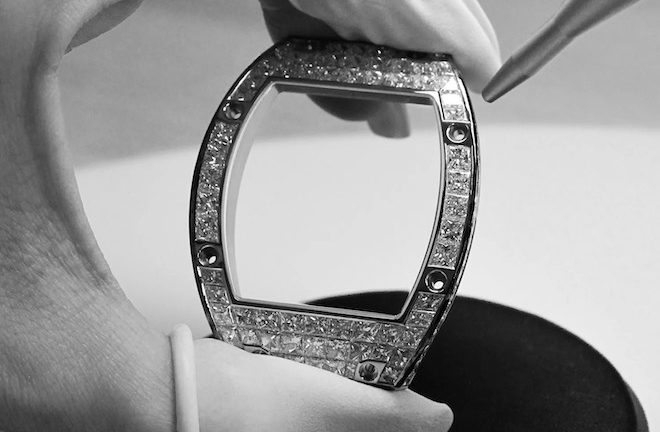 The bejewelled Richard Mille Tourbillon Diamond Twister is the most expensive watch stolen in Paris so far. 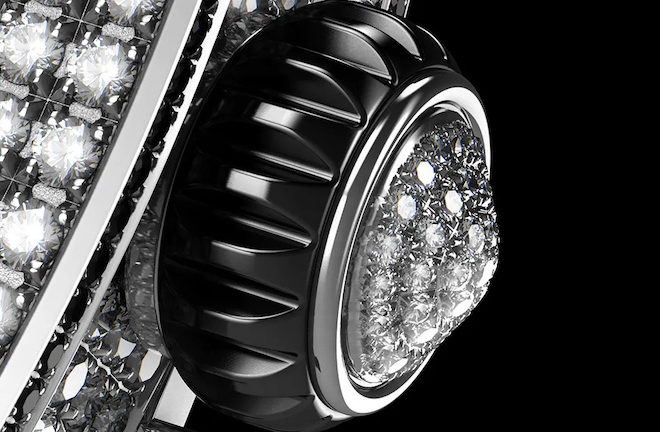 Richard Mille Tourbillon Diamond Twister with a set with 3 rows of diamonds to complete the brilliant richness of this shimmering piece. Each spiral ray is perfectly set with a single row of diamonds. The spray of diamonds emanating outwards in 14 rays from the tourbillon escapement at 6 o’clock

On Friday, 6 September, a 12 hour dragnet from 6pm to 6am, saw police operating around the Golden Triangle of Champs-Elysées recovering four watches from 15 people.  Of the watches stolen this year, 13 are worth more than € 50,000 (eight of which exceed € 100,000), the latest €757,000 theft is the highest so far, Le Parisian covers the growing epidemic in detail. Check it out. 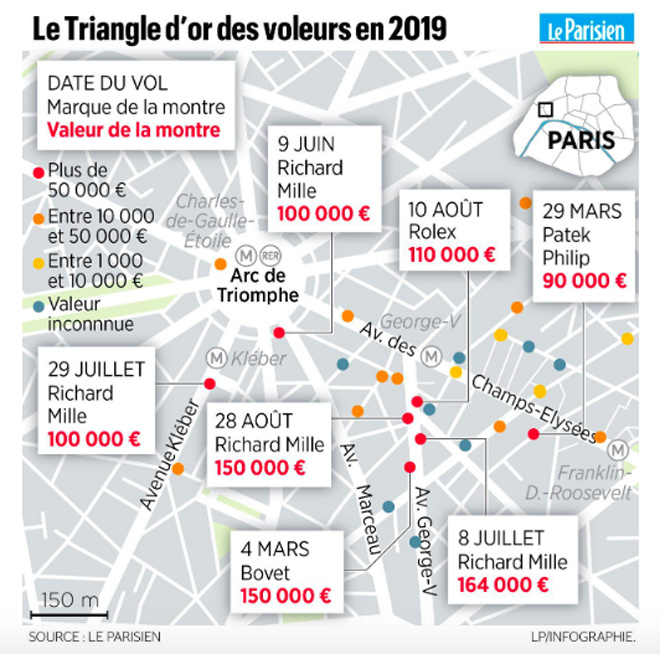