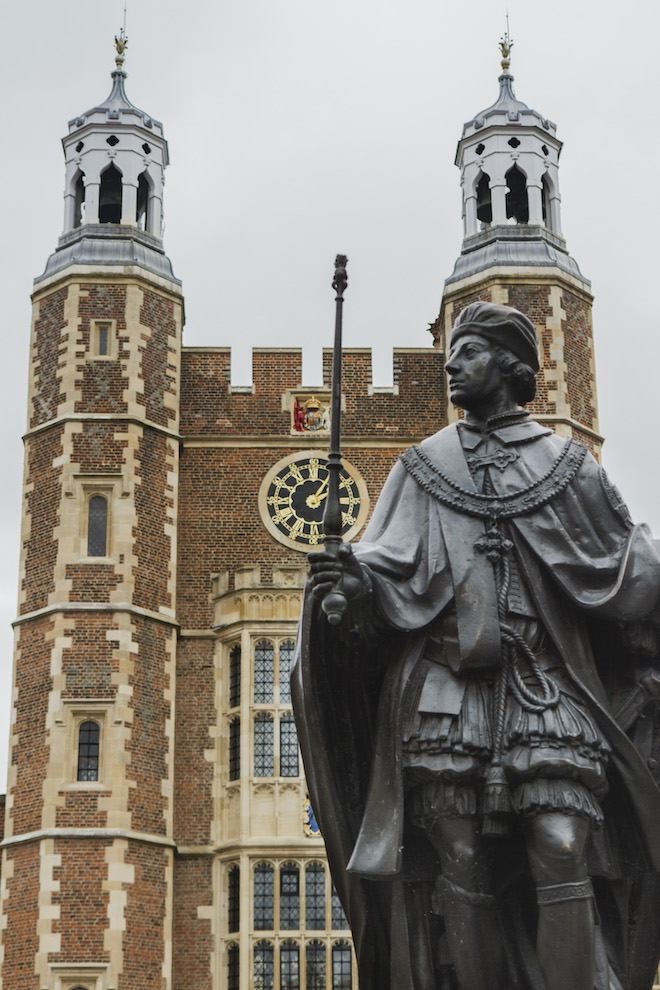 Private elite colleges like Eton, Harrow, and Winchester are known as public schools because they were indeed founded by the State for the education of poor scholars. Yet, charging £43,000 per year, Eton is among the UK’s top 10 most expensive boarding schools. In fact, Eton College was created by King Henry VI who conceived it as charity school, modelled after Winchester College (the oldest of the original seven English public schools defined by the Clarendon Commission) to provide free education to impoverished but brilliant boys who would then go on to King’s College, Cambridge.

Over the centuries, Eton has educated Nobel laureates and generations of the aristocracy but it is proudest of its political leaders. In fact, when Alexander Boris de Pfeffel Johnson took office on 24 July 2019, he became Eton College’s 20th Prime Minister. Chillingly, the man who has made attempts to subvert British parliament on false pretences using the Queen’s authority will now have the privilege of his own bust amongst 19 other less controversial premiers of the United Kingdom. 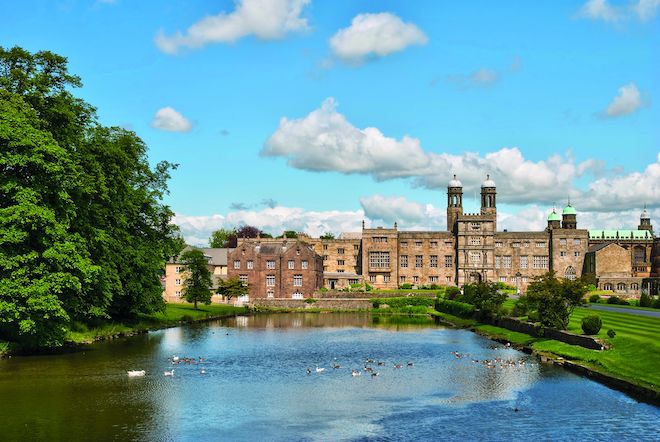 In Britain and indeed, some others in the commonwealth, notably Singapore, the link between education in an “elite” school and leadership is forged in steel and plated with gold. If their parents can afford it, or in the case of Singapore, completely funded by the state through bonded scholarships, these children end up walking a literal pre-destined path to state-sanctioned “greatness” leading from Oxbridge (a portmanteau of Oxford and Cambridge) or equivalent US Ivy League institutions like Harvard and Yale through to high office in government bodies like the military, judiciary, or legislature. 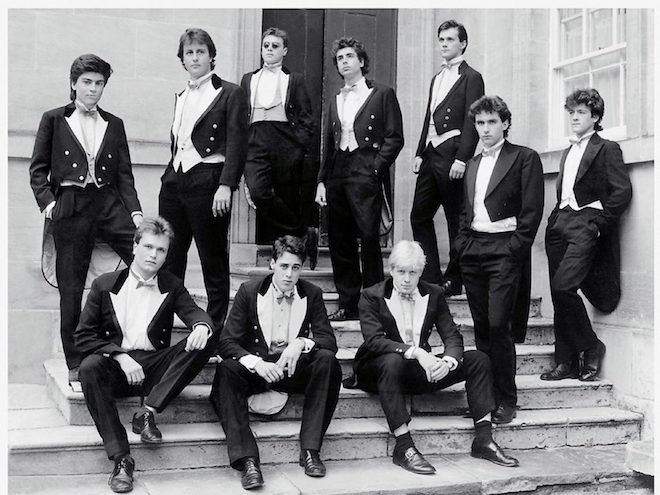 Boris Johnson, like many of his Prime Minister-peers were sent to elite boarding schools during their pre-teen years. In the British Journal of Psychotherapy, Dr Joy Schaverien identified a set of symptoms common among early boarders that she calls “Boarding School Syndrome“. Following in the footsteps of psychotherapist Nick Duffell, a pioneer in the field who authored The Making of Them, an influential book about the wounds boarding can inflict, Schaverien studied the lasting psychological and emotional impact during these formative years.

If you think about it, boys as young as seven years old leave home to join these schools and a culture that is entirely alien to an impressionable, immature young person. “Early rupture with home has a lasting influence on attachment patterns. When a child is brought up at home, the family adapts to accommodate it: growing up involves a constant negotiation between parents and children. But an institution cannot rebuild itself around one child. Instead, the child must adapt to the system,” writes Dr. Schaverien. These youths enter without a guiding force in their lives save an elitist system and peers who are equally ill-prepared to survive that culture of misogyny and bullying. And then, the expectation is that these boys, having grown up in literal ivory towers, are supposed to be paragons of nobility, virtue and stability? Professor Schaverien expounds that sufferers’ symptoms are often hidden behind a brittle façade of competence. Shame from having had – what the general public largely perceive as a life of privilege – can prevent them from acknowledging their distress or even their lack of knowledge in specific fields. In fact, it was 1960s psychologist John Bowlby who first described public school as part of “the time-honoured barbarism required to produce English gentlemen”.

Sadly, Bowlby’s self described “barbarism” is today, a time honoured tradition wrapped in the trappings of excellent reputation, which in turn attracts the kind of elite families who would pay top dollar to get their scions into these schools. Nevertheless, this isn’t the kind of elitism confined between the Atlantic and Pacific oceans – in fact, a recent scandal involving getting students from wealthy families into Ivy League and other elite American colleges rocked the continental United States in 2018, culminating in the guilty verdict for Desperate Housewives actress Felicity Huffman where she was sentenced to 14 days in prison for paying $15,000 to inflate her daughter’s SAT scores on 13 September. A wealthy California vintner Agustin Francisco Huneeus, was the latest to be sentenced on Friday 4th October to five months in prison for paying tens of thousands of dollars to artificially boost his daughter’s SAT scores and to try to get her recruited as a water polo player at the University of Southern California, the harshest sentence to date. Closer to the Pacific, Singaporean billionaire Zhao Tao paid US$6.5 million to William Singer, the ringleader of an elaborate scheme disguised in the form of “donations” to non-profit foundation – The Key Worldwide  to get his daughter Zhao Yusi into Stanford University. But we digress. 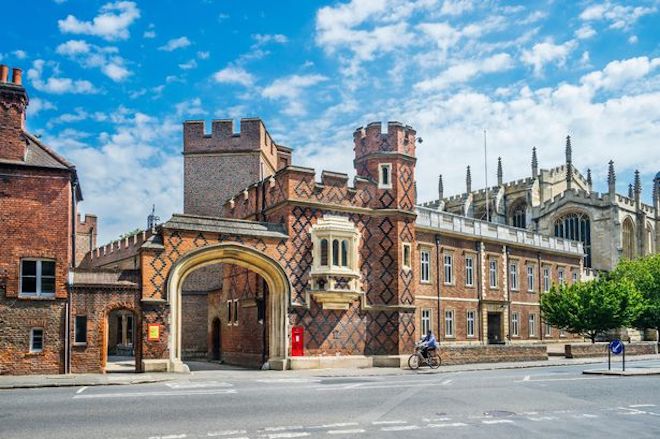 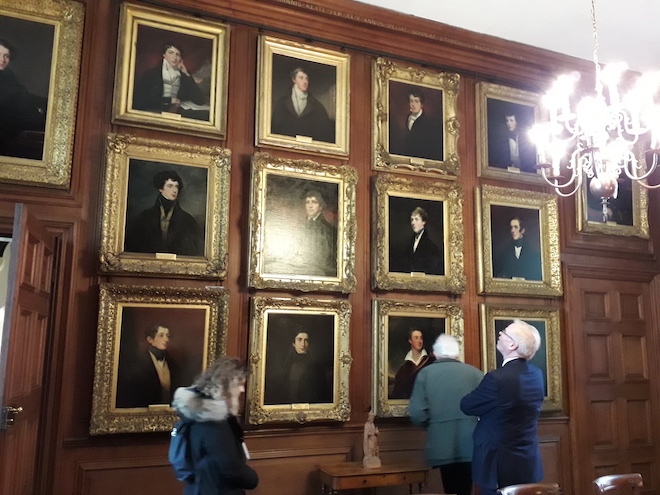 According to Der Spiegel, mounting public pressure has forced around 2500 of these “public schools” to increase their intake of students on bursaries and even introduced requirements for community service to introduce these youths to the world beyond their elite bubbles but in Eton College, children from “poor” families represent just 73 out of the 1,200 wealthy or extremely wealthy families.

Just for reference, in the 2017-18 academic year, Eton raked in GBP 51 million in tuition, not including extra revenues from co-curricula activities like music, nor prime real estate (some 400 historically significant buildings) nor the endowment and securities nor the 175,000 artefacts  and artworks including relics from Christendom and valuable antiques. In case it is not apparent yet, in elite college admissions as in elite college culture and real life, the individual backed with the most money, wins. 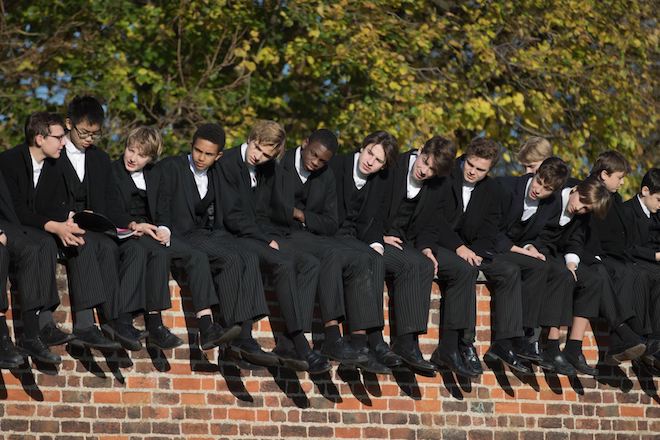 Socially and economically privileged children forced into a life not of their choosing, where any semblance of a normal childhood where Saturday morning cartoons with family are traded for mornings with Descartes and Chaucer and afternoons with Keynes and Strauss and dinners in formalwear and all the trappings of etiquette and entitlement, are catalysts for prepubescent teens to force themselves into mimicking the form and posture of self-reliant adults without any of the emotional maturity and wisdom of real adults.

As it turns out these elite schools are turning out people who appear much more competent than they actually are, the appearance and ability to regurgitate obscure factoids and literary references are self-sustaining feedback loop similar to the Dunning Kruger effect: “If i’m in an elite school and society believes I am elite, I must therefore be elite”. 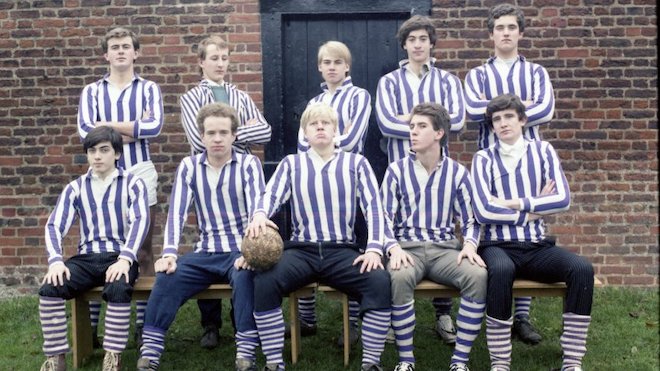 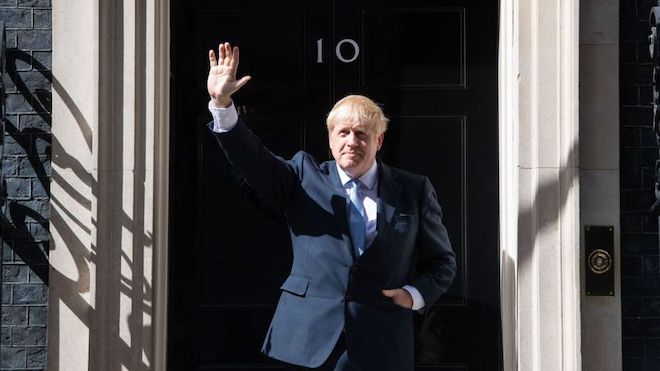 These ill-formed “adults” literally have not developed the non-rational skills needed to sustain relationships, they’re inheritors of the world, they have no need of consensus of their “lessers”. In these systems, the leaders sell it as a utopian system of meritocracy and fairness but the unfortunate reality is that this meritocracy is easily manipulated provided one has sufficient liquidity to game the system – either through advanced and repeated tutoring or the fore-mentioned admissions scandal, by getting paid up to be in the right schools and securing the right internships.

Makings of a devolved parliament

Though Boris “Britain’s Trump” Johnson might seem emblematic of Boarding School Syndrome, he’s perhaps unfairly scapegoated: these deficiencies are apparent in predecessors like David Cameron as well. Boarding school survivors are hothoused in a culture of entitlement, paradoxically coached and mentored to exhibit the traits of upstanding citizens through rigid timetables in rule-bound institutions with severe consequences for failure (poorly written papers publicly torn up by teachers in front of the class) without embodying any of the empathy required for true civic consciousness. Understandably, these are children who must not look in anyway childish or foolish, in short vulnerable, pretending to be adults without the due process of becoming actual adults. Though there’s no legal definition of bullying, the UK government defines it as repeated behaviour with the “intent to hurt someone either physically or emotionally” and by those definitions there are many ape and monkey bullies. This is strikingly obvious to anyone who has worked with rhesus macaques, a species of monkey with a rigid hierarchy very much similar to ours. They engage in a behaviour that the primatologist Frans de Waal of Emory University in Atlanta, Georgia, calls “scapegoating”. Is it any surprise then that bullying within the human species is pervasive in politics and media. In BBC’s 1994 documentary The Making of Them, we are introduced to a concept called “strategic survival personality” – a projection of false confidence, strategic duplicity and pseudo-adult seriousness – does this describe Messers Trump and Johnson?

The psyche and culture of private colleges like Eton are also evident in their exam papers, like in the 2011 Kings Scholarship Examination when students were ask to consider whether ‘it is better to be loved than feared’ or in essays that set a premise where, ‘The year is 2040 and there have been riots in the streets of London after Britain has run out of petrol because of the oil crisis’ and then they are asked to envision the Prime Minister’s remarks for a broadcast explaining why deploying the Army to quell the unrest was ‘both necessary and moral’. 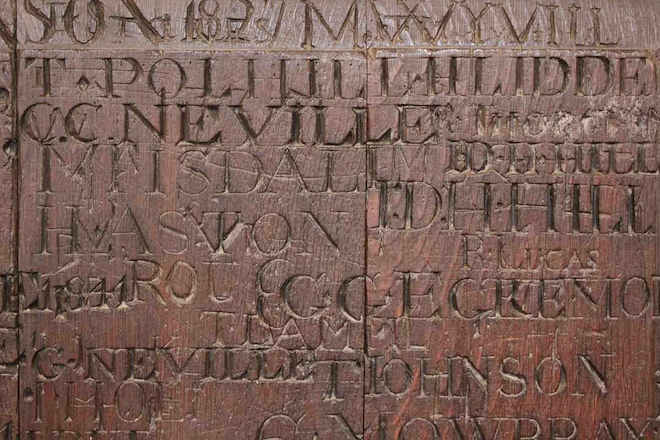 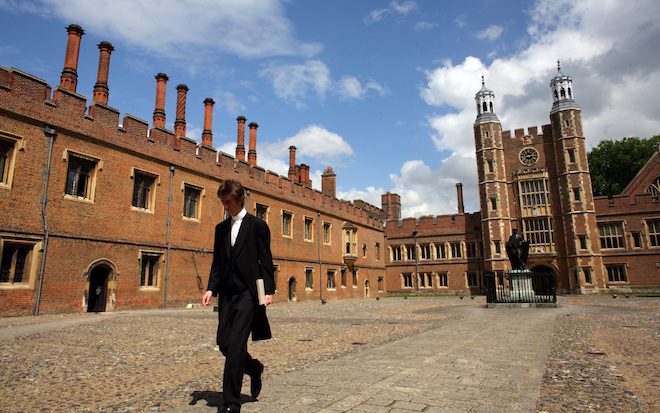 Banksy’s devolved parliament is ultimately a mirror and probably the reason why it garnered the kind of bids. Almost two-thirds of Boris Johnson’s cabinet are private school-educated politicians. Think about it two-thirds of Britain’s ministers come from the top 7% of the population with the perspectives and perceptions formed by the bubble of private school life. Should parliament not be reflective of the body politic it claims to represent?

61 year old Adam Nicolson, co-author of About Eton is strongly emphatic that “there was always a real sense that we were kind of the elite in every way: socially, intellectually, educationally and financially.” The sense that Eton sees itself as a “school for government”  which unfortunately churns out pseudo-adult leaders is not spurious either as Nicolson would go on to explain after being found drunk by his house master, “Listen, Adam. It doesn’t matter if you get drunk, just don’t get caught. This is Eton. The spotlight is on you.” 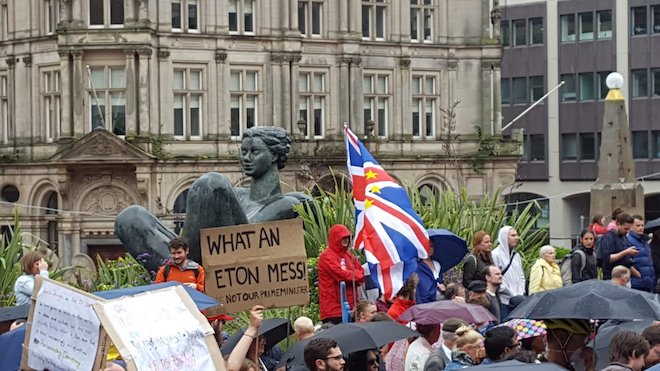 Well, the spotlight is on Boris Johnson now. Britain’s 20th Eton educated Prime Minister, almost 300 years on from its first (Robert Walpole graduated Eton in 1696 and became PM in 1721). And now, the drama following the aftermath of a Scottish court ruling Johnson’s suspension of parliament unlawful because he did it to stop MPs scrutinising Brexit has made him a lightning rod of bad publicity that once again forces Eton college to defend its reputation as an easy pathway to power within the system. 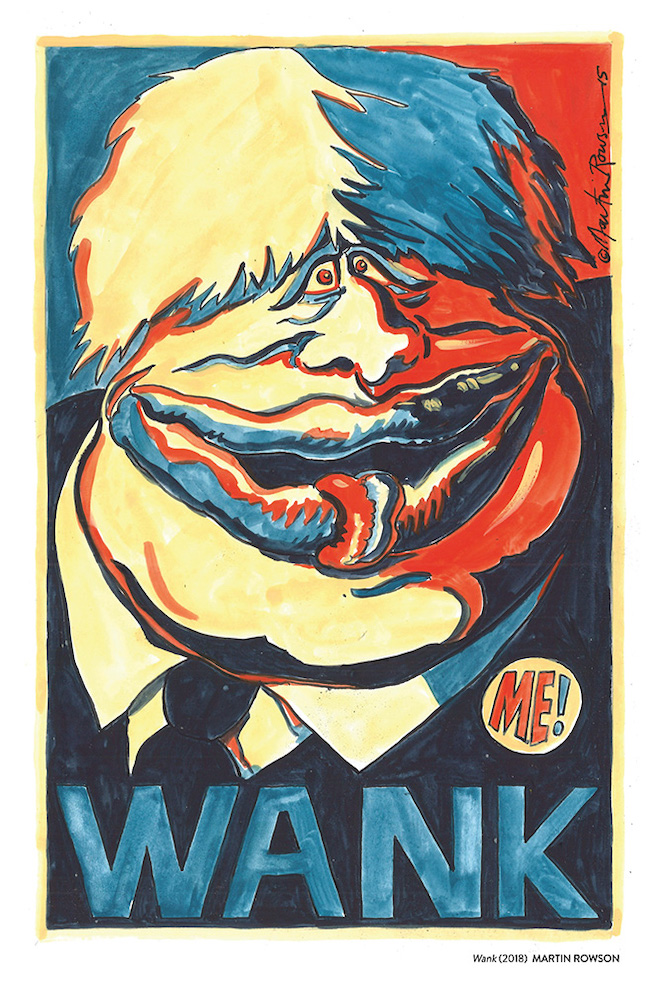 The days of Walpole’s Eton are over, although The Economist’s 1843 tries to paint a picture of an Eton trying to evolve, the reader is left with the sense that though PM Johnson came to power much like PM Walpole during similar circumstances of a national crisis, the core difference is that Walpole’s skilful navigation of the South China financial bubble stands in marked contrast to Johnson’s handling of Brexit. Historians largely consider Walpole’s strategy of keeping Great Britain at peace as the greatest factor in the country’s historical prosperity and Walpole’s “prudence, steadiness, and vigilance, joined to the greatest possible lenity in his character and his politics” greatly contributed to a personal demeanour that made him a great leader (and Prime Minister for 21 years to boot); human qualities unfortunately, missing in Etonian Prime Ministers since the turn of the 20th century. While it’s easy to blame Boris Johnson for poor leadership, ultimately he’s a mere product of the system.