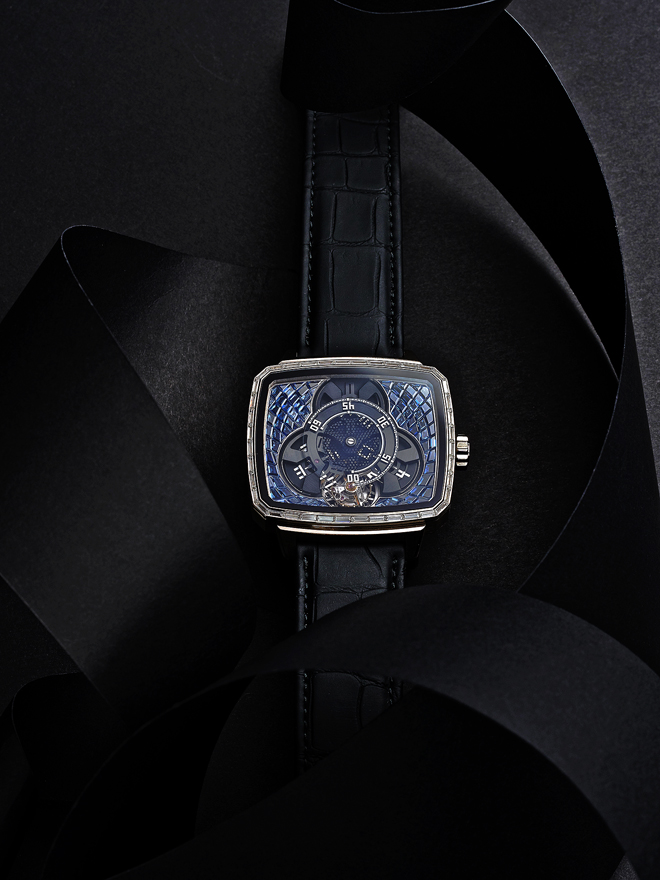 Even before we highlighted Hautlence on the cover last year (#50), we’ve been fascinated by the inspiring creations coming out of this Neuchatel-based manufacture. Last issue, we went all-in with Bertrand Meylan, CEO of MELB Asia (distributor of Hautlence and H. Moser & Cie), on the unique shape of time proposed by the brand. Indeed, we leaned into our TV-addiction in issue #52 when we looked at the HL Vagabonde Tourbillon, but one look was not enough. It never is. Of course, in this it is a matter of not giving you enough of a look at the Vagabonde Tourbillon in the first place! This will be especially useful to those readers who asked us where the tourbillon was hiding in the image we featured!

Given that we have these fantastic shots, we are taking the opportunity to rip right into this again. It is helpful, in some ways, that brands such as Hautlence don’t have that many novelties for us to pay attention to, so we have a little more leeway to linger on favourites – without being accused of neglecting other options. No matter, the main thing is to note the excellent proportions on this rather weighty piece, considering that it is in 18k red gold. The TV-screen shaped case is actually relatively slim at 12mm, which lends the watch a more elegant profile. 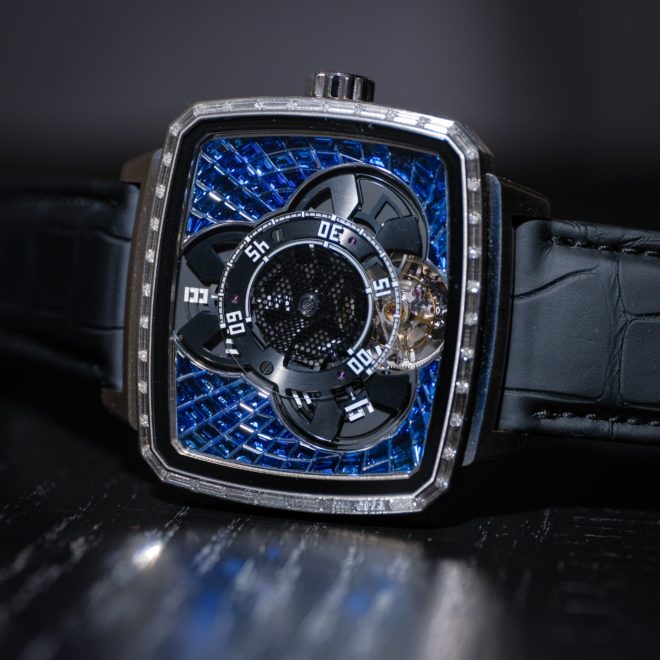 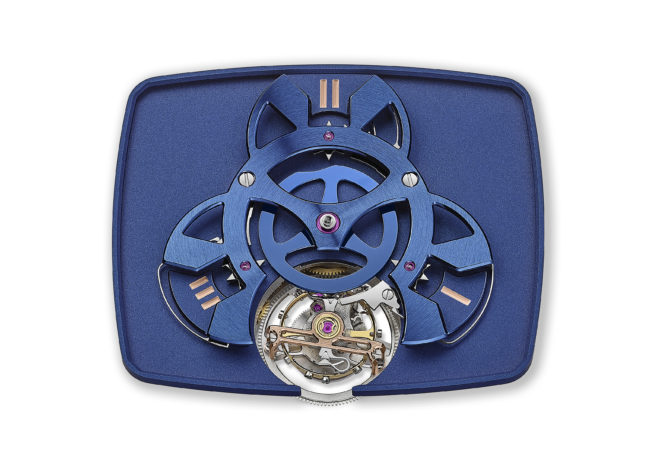 Elegance is also the name of the game for the movement, the self-winding calibre HTL 405-1, because it is based on the H. Moser & Cie HMC 804. We previously reported that an interchangeable tourbillon module is in play here, which it is, but the entire movement is based on the existing HMC 804, which also features a flying tourbillon. This is a case of jumping into a delicious detail – the interchangeable tourbillon – without explaining the bigger picture.

Indeed, the movement is the work of the sister company of both H. Moser & Cie and Hautlence, Precision Engineering. We’ll be featuring the efforts of this firm in greater detail as we zoom into the fascinating business of making hairsprings (part one of which is elsewhere in this issue). Speaking of details, this watch features the double-hairspring balance assembly (the Straumann balance) that characterises H. Moser & Cie watches. It appeared in Hautlence for the first time in tourbillon form in the appropriately named Hautlence Tourbillon 01 back in 2015.

Moving on to the Vagabonde Tourbillon in particular, the aesthetics are particularly notable given how striking this watch looks. The presence of the flying tourbillon at 6 o’clock means that the elements on the dial have shifted somewhat. There are still three discs for the hours, as usual, but these are arranged differently while preserving the usual pattern.