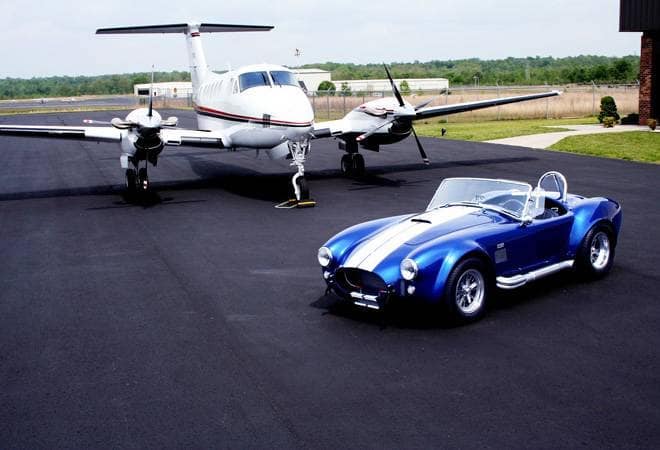 According to a recent UBS wealth survey in partnership with Campden Wealth Research, families with US$1.2 billion in assets are anticipating a recession by 2020. As a result the private offices managing wealth and assets of these high net worth families are moving cash and assets into relative safe havens as the financial downturn beckons.

Published yesterday 24 September 2019, the UBS Global Family Office Report 2019 surveyed principals and executives in 360 family offices around the world, with an average of USD 917 million in assets under management.

Following the smart money, the UBS report found that family offices, with an average $1.2 billion of wealth, anticipating a 2020 recession and citing high fees and lacklustre performance, have been divesting from hedge funds for a fifth year running and turning to financial “safe havens” like real estate.

55 percent of family office executives are expecting 2020 recession with fears are being driven by a growing trade war between US and China. While Brexit fears were also cited as a concern by 63 percent of the respondents, the smart money was also going to the UK due to the availability of under-valued assets and the surge of Hong Kong ultra-high net worth individuals snapping up golden visas, leading some analysts to predict long term recovery to pre-Brexit levels. 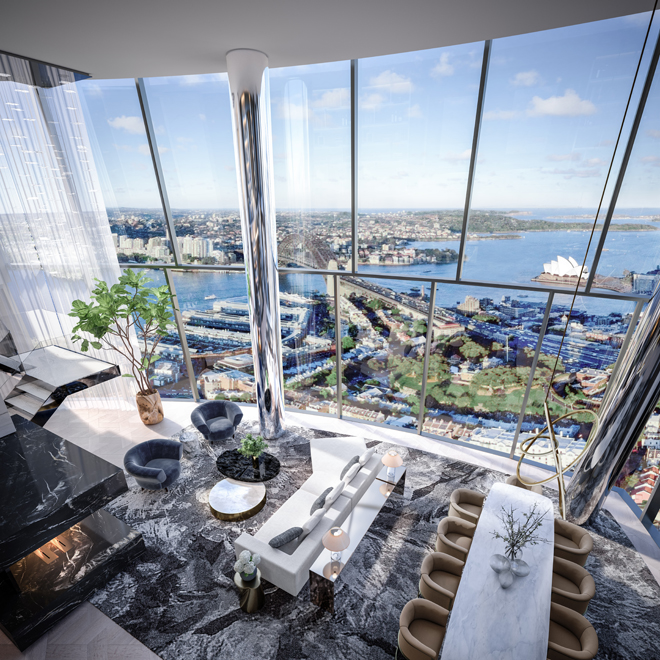 The average family office portfolio delivered a 5.4 percent return with private equity faring the best of all asset classes for high net worth families, achieving an average return of 16 percent for direct investments and 11 percent for funds-based investing. With an incoming recession, the ultra-wealthy are beginning to moderate and reduce their risk and exposure with 45% of them adjusting their portfolios, and increasing holdings in bonds and real estate. The maxim, “cash is king” remains true as well with 42% of the ultra-wealthy increasing their cash reserves.

Real estate was considered a safe haven investment by family-wealth offices thanks to average returns of 9.4 percent. As a result most family offices increased their asset allocations to real estate portfolios by 2.1 percentage points, with real estate accounts now totalling 17 percent of the average family office portfolio. Private equity on the other hand, represented 19 percent of their portfolios, an asset class which UBS reported was the best performing of all. Global stocks saw the biggest allocations in the majority of portfolios, with 32 percent in emerging and developed market equities.

“Family offices are cautious about geopolitical tensions, and there is a widespread sense that we’re reaching the end of the current market cycle. While the average family office hasn’t made wholesale changes to its portfolio, many have been building up cash reserves and deleveraging their investments in anticipation of disruption ahead.” – Dr. Rebecca Gooch, Director of Research, Campden Wealth

Where the smart money is going in 2020 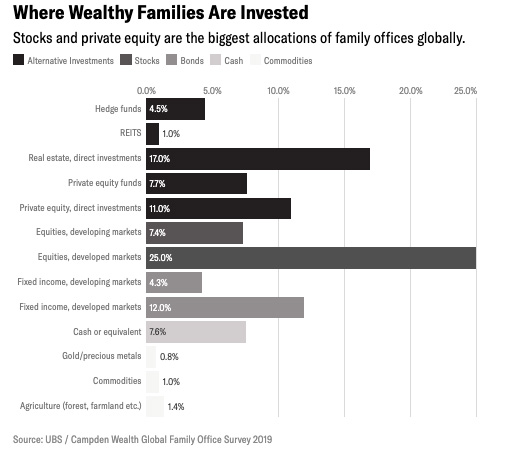 With political candidates like Bernie Sanders and Elizabeth Warren running on platforms advocating higher taxes for the ultra-wealthy to reduce income inequality, populism was also a concern, with 84 percent believing that the trend will not fade by next year.