Bone conduction earphones have become more mainstream than ever. Today, there are several options on the market, led by the likes of Aftershokz, Baseus, and V9.

But the two most common feedback about these headsets pertain to their low audio quality and loose fit. Instead of being placed within the ear canals as regular earphones, bone conduction earphones are placed at the top of the cheekbones near the tragus at the edge of the outer ear. Not only is this uncomfortable for many users, sound quality is also severely degraded. 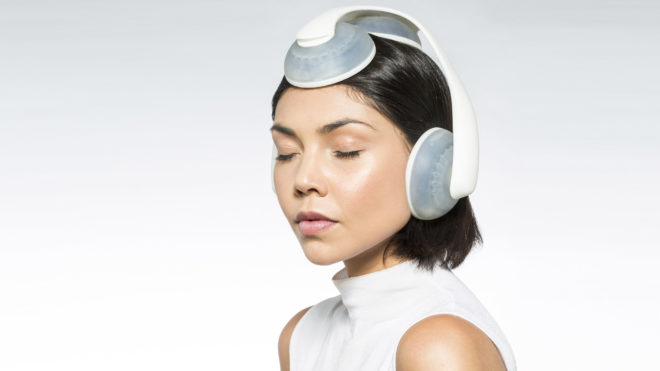 This bone conduction earphone prototype, called the Inmergo, supposedly produces high-fidelity audio, while still protecting the most sensitive parts of the ear

Now, there is a bone conduction headphone – actually, more of a prototype – that aims to solve all of those problems, by, get this, using liquid sealed in a headphone-shaped flexible silicon membrane that allows sound to pass through the skull to the cochlea (the part of the inner ear that picks up sound) via sound vibrations.

Called the Inmergo (created by Royal College of Art graduate Rocco Giovannoni), the design is a patent-pending audio technology that supposedly offers a high-fidelity auditory experience, without sacrificing ear health. 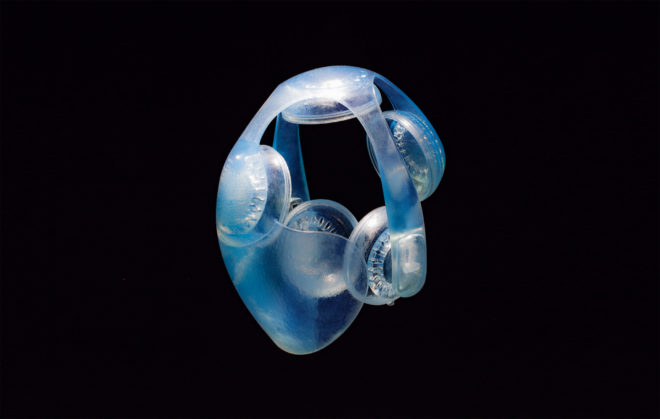 That’s because the Inmergo possesses “omni-directional surround effect”, which “gives richness and vibrotactile feedback to the low-end”, thus “enhancing a more immersive perception of sound”. It also bypasses the middle and outer ear, making it ideal for people who suffer from hearing loss and wear cochlear implants.

According to the designer, fluids also produce better bass frequencies than the existing batch of devices that utilise air. He also tested several liquids for his prototype, before settling on ultrasonic gel because it produced the best sound. 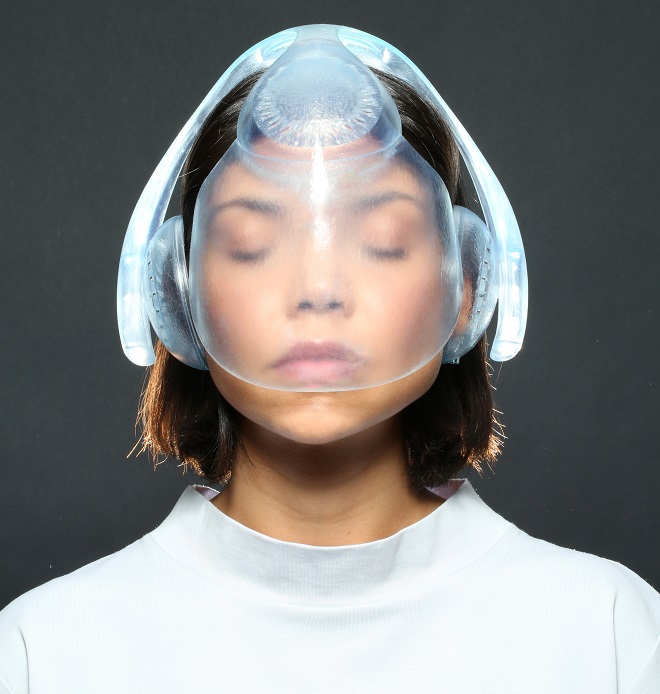 It doesn’t hurt that the prototype also looks pretty cool, in a year 2150 kind of way.

The design, which is currently looking for investors, is already being recognised by the creative community. It recently won the Snowdon Award for Disability as part of the RCA Helen Hamlyn Design Awards.

Giovannoni hopes his prototype could one day be employed in specialist clinics globally.