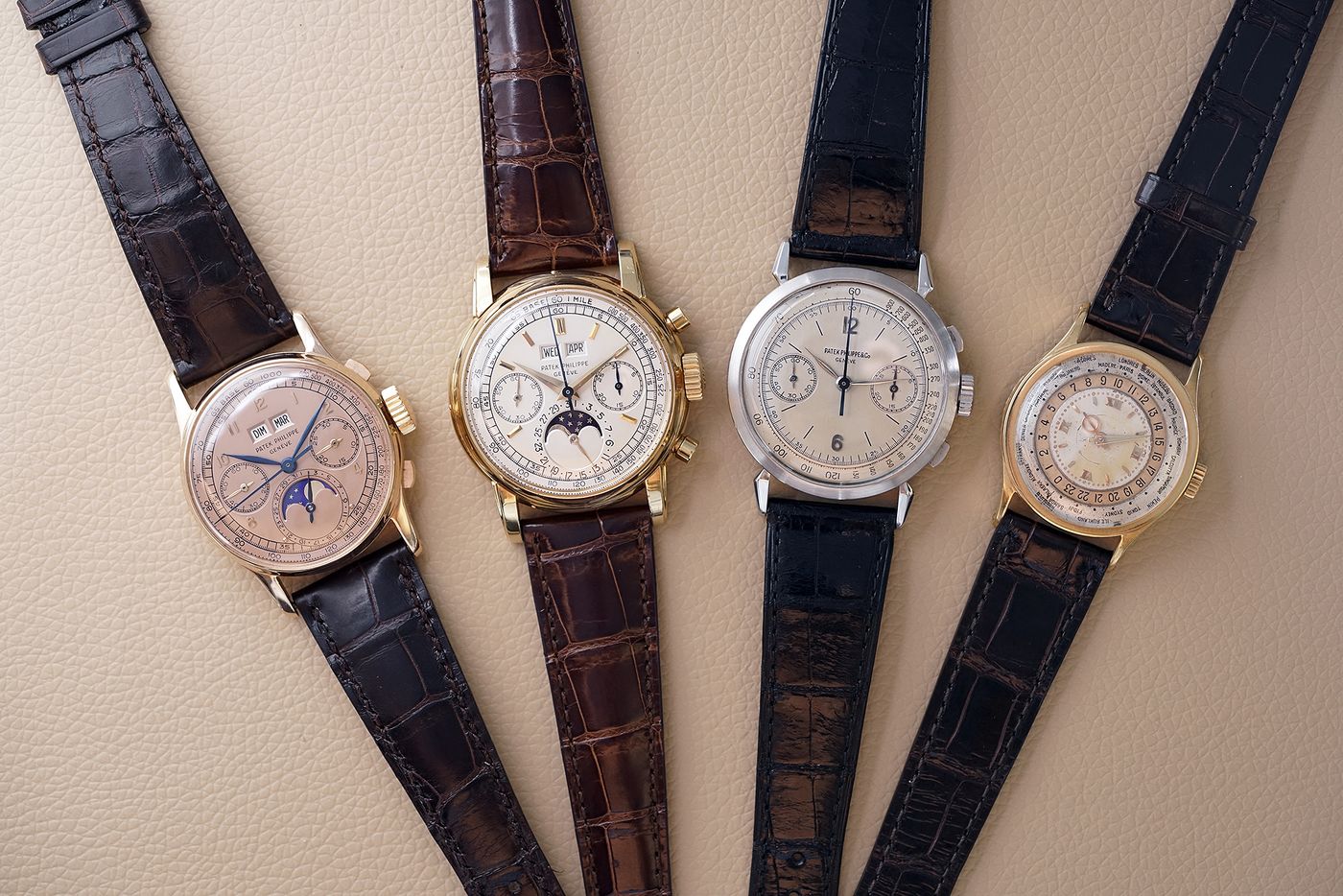 In the lead up to Grand Prix de la Haute Horlogerie (watchmaking’s equivalent of the Oscars) and Only Watch 2019, Phillips will be displaying the watch collection of the watch industry’s arguably most influential man – Jean Claude Biver.

A legendary titan of industry, Jean Claude Biver has headed some of watchmaking’s biggest names, working at Audemars Piguet, reviving Blancpain, running Omega, taking over and revamping Hublot, and eventually being appointed as Head of Watchmaking, overseeing LVMH brands like TAG Heuer and Zenith; Biver retired last November (officially in January 2019) but remains as non-executive president providing advice and sage counsel,  Needless to say, the watch collection of a man who has cast such a large, formative shadow across Swiss watchmaking will likely comprise of some of the most important or nascent brands in watchmaking. 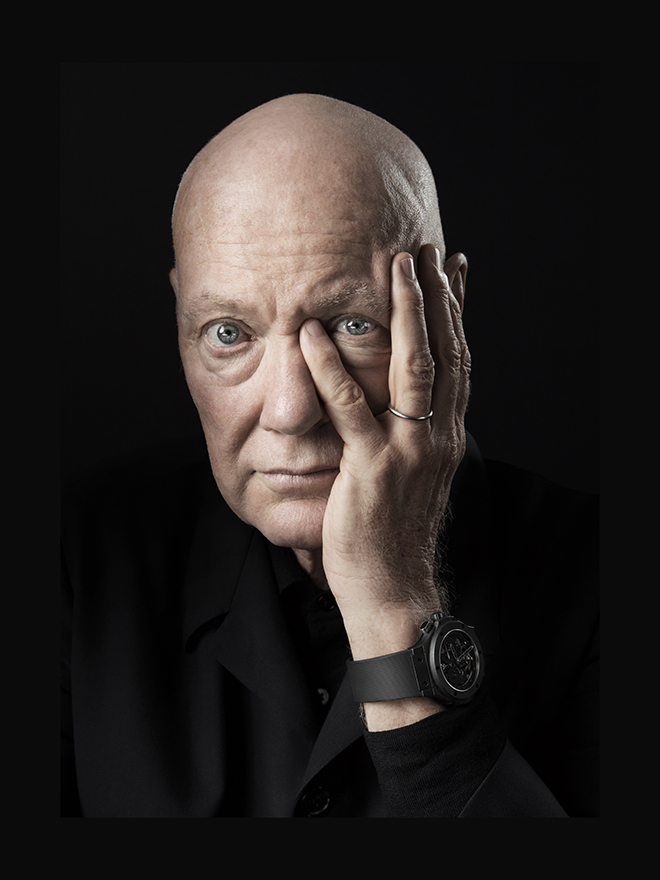 Now on, watch lovers who happen to be in Geneva should stop by the Phillip’s exhibition of Jean Claude Biver’s watch collection. Regardless of whatever brands he was heading, Mr. Biver was the rare Chief Executive who often offered brutally honest insights of the industry – like the time he lamented that Zenith’s last milestone was the El Primero calibre or how he feels about the hate and watch memes directed towards Hublot or when pressed on what his favourite brands were, he would unequivocally talk about the number of vintage Patek Philippe and Rolex watches in his collection.

Phillips in Association with Bacs & Russo presents Jean-Claude Biver: A Retrospective. Share, Respect, Forgive, a traveling exhibition of the industry titan’s private collection. Crucially, while many of the watch collectors we’ve profiled are able to share knowledge when the merits of their watches, not many are like Biver, a man charged to encapsulate the core values and appeal of timepieces he was duty bound to market and communicate. Here are some of Biver’s most important watches: 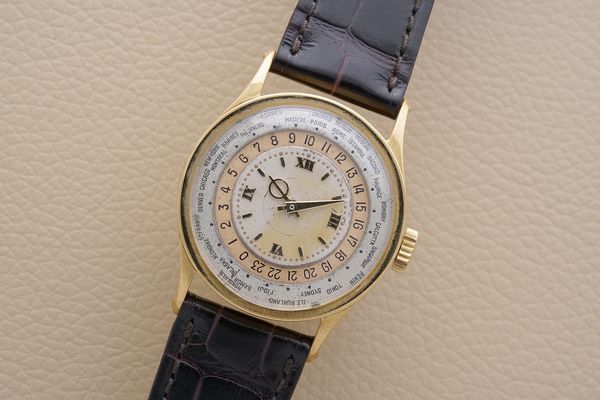 Exceptionally rare (this exemplar is one of the first world time watches ever made by Louis Cottier, and the rarest of world time watches, only two are known to exist), this is Patek Philippe Ref. 96 HU World Time prototype is arguably the most important timepiece in Biver’s watch collection and one of the first ever “Heures Universelles” wristwatches made by Patek Philippe. It’s unsigned but the Calatrava World Time aesthetics are undeniable. 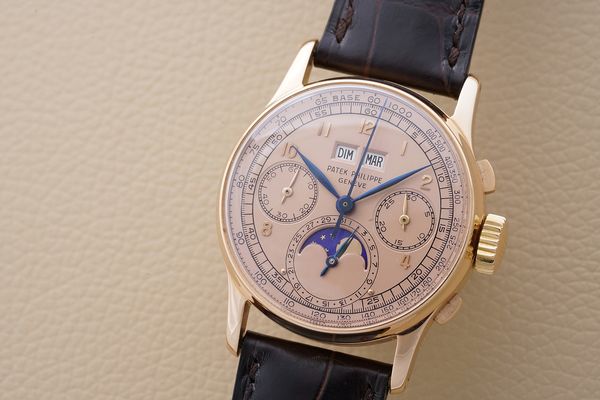 Salmon dials are remarkably on trend for 2019 but this particular Patek Philippe Reference 1518 was launched in 1941 and crucially, it marked the beginning of an era for Patek Philippe, the Geneva manufacture’s first wristwatch to feature a chronograph and a perpetual calendar, but also was the world’s first ever timepiece made in series; that it happens to have a pink salmon dial is merely icing on cake at this point. It’s a holy grail and it’s from the last family owned independent watch brand on the planet. 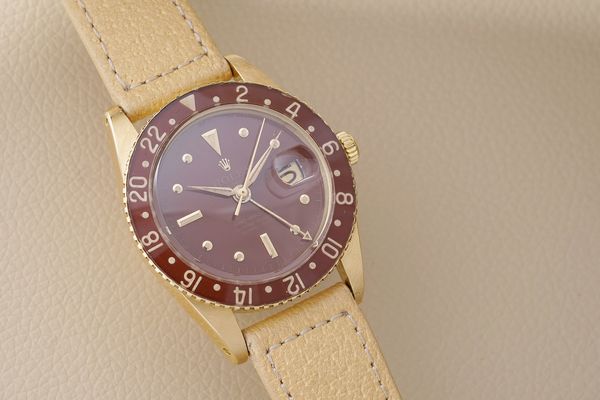 The Rolex GMT-Master ref. 6542 was introduced in 1954 and a well preserved vintage specimen like this yellow gold model here is atypical, even GMT-Masters from 1981 haven’t kept as pristine. In terms of provenance, it was Biver’s first GMT-Master, purchased for his wife. Given the well-known attributes of Rolex’s Bakelite bezel, this exceptional reference is worn only on the most special of occasions. 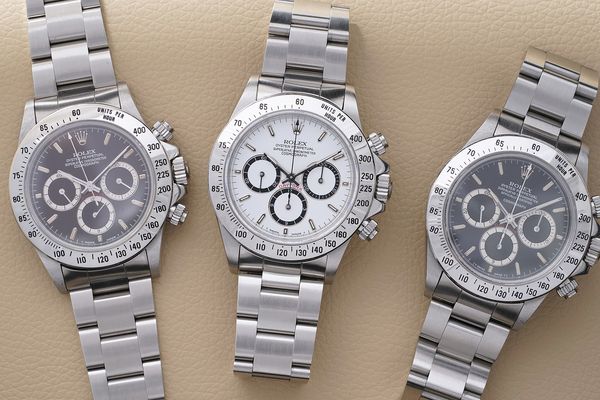 One would think a man as experienced and as knowledgeable as Mr. Biver would need little encouragement to get his hands on a Rolex “Zenith” Daytona Ref. 16520 but truth be told, Biver acquired the trio of Mark II bezel “Zenith” Daytona Reference 16520s in stainless steel at the behest of his son Pierre. What separates this trio of Rolex “Zenith” Daytonas from other vintage Zenith Daytonas is the Mark II bezel with “225” graduation. Hence, they might look like regular Ref. 16520 Daytonas but this unique “225” graduation bezels can only be found on experimental L-series models, hence extremely rare and rarer still that Jean Claude Biver found three of these. 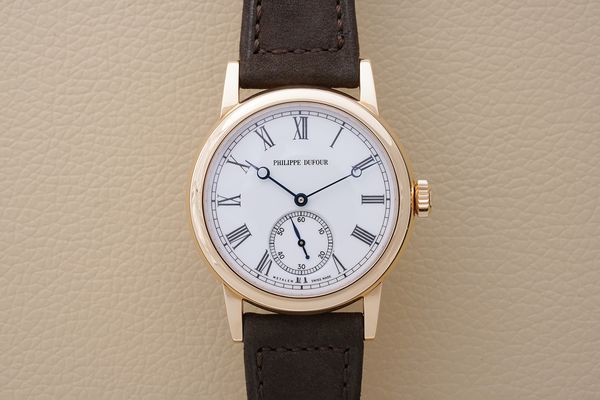 A Swiss-born watchmaker from Le Sentier, Philippe Dufour is widely regarded as the greatest master of modern watchmaking. Graduating from Ecole d’Horlogerie de la Vallée de Joux in 1967, Dufour was hired right out of school by watchmaker to watchmakers, Jaeger-LeCoultre. Eventually, he started working on Sonnerie movements for Audemars Piguet, and this is where titan watch executive would meet titan watch artisan, making Biver’s Simplicity in pink gold, N°180 very providential to his watch collection. The Simplicity  is the only current production watch from Dufour and he has enough orders to last his lifetime (hence he won’t be making more); No. 180 is among the last of the Simplicity models to be made. Encased in pink gold, and fronted with a white lacquer dial, topped with blued Breguet hands, this sample is simply the finest modern representation of traditionally Swiss watchmaking. Essentially, everything a watch collector of Biver’s stature looks for. 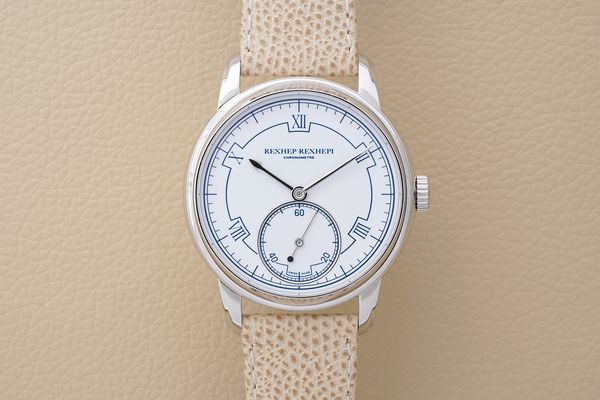 Trained by Patek Philippe, Rexhep is 32 years old this year. His first watch,  the Chronomètre Contemporain N°1 won the Men’s Watch Prize at the Grand Prix d’Horlogerie de Genève, when he was just 31. To call him a prodigy would not be hyperbole but fact. In fact, Jean Claude Biver’s relevance and reputation as a titan of watchmaking is best exemplified by his willingness to put his name on the waitlist for one of Rexhep’s first creations. That said, he didn’t have to wait, CEO Michael Tay of The Hour Glass gifted him the first platinum Chronomètre Contemporain ever made for his 70th birthday. 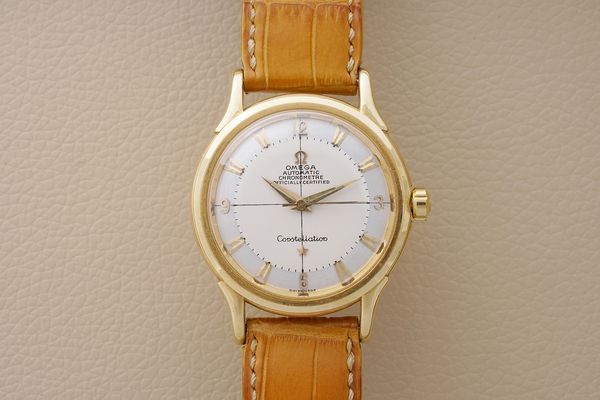 It’s not the most important vintage watch in his collection, it’s not even the most expensive but it is arguably Jean Claude Biver’s most precious, and maybe, most poetically significant timepiece considering that he would lead Omega into its most culturally and commercially significant era of modern times. Gifted to him in celebration of his first Holy Communion, this yellow gold Omega Constellation was nit worn until he turned 18, accounting for its amazingly preserved condition. 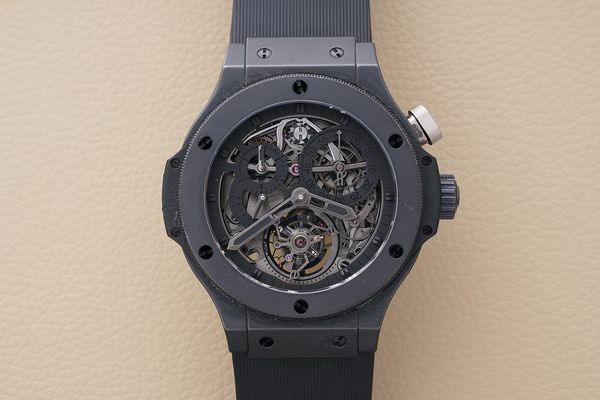 In his lifetime, Biver has revived two brands, Blancpain and Hublot. He came to own the latter brand which was eventually acquired by LVMH and though the Bigger Bang Tourbillon chronograph only ran in a 50 piece limited edition called the Bigger Bang All Black, the 2007 monochrome Column-Wheel Chronograph with Tourbillon exists spiritually in TAG Heuer’s flagship Carrera Heuer-02T Carbon Tourbillon Chronograph.

During our last meeting, Mr. Biver was wearing it, testament to the importance of the single-button, all-black chronograph. Biver considers it his “lucky watch” and in many ways, the 48mm tourbillon chronograph has influenced Hublot’s modern collection. It is one of the few watches which Biver has said he will never part with at any price.

7-9 November at the Hôtel La Réserve in Geneva, Switzerland

The exhibition will go on an international tour, with stops scheduled in Hong Kong and New York during our upcoming end-of-year sales, before heading to London during the first months of 2020.