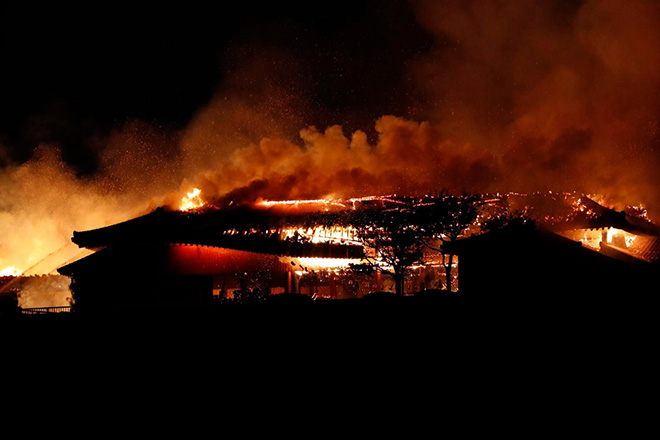 Fearsome flames engulfed the Shuri Castle early Thursday, October 31st. The historic Japanese castle from the southern island of Okinawa, Japan has been one of The United Nations Educational, Scientific and Cultural Organization’s (UNESCO) World Heritage sites since the year 2000. 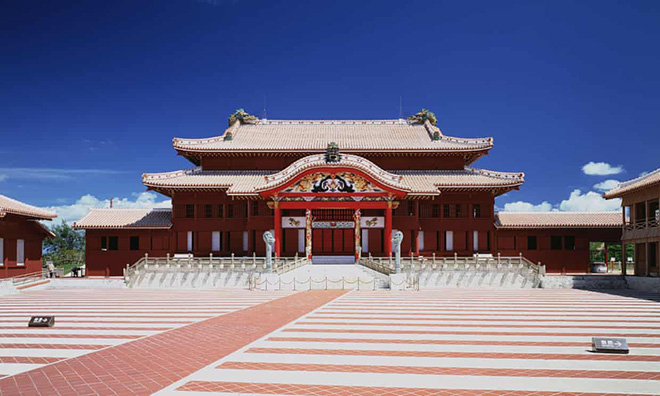 Built in the late 1300s, the Shuri Castle played an integral role in its island’s political and cultural unification. Once the palace of the Ryukyu Kingdom, a monarchial state that existed for 450 years – this stone-walled fortress or gusuku, endured a long history of war, destruction and erosion before eventually facing negligence. The Battle of Okinawa in 1945 was the island’s final conflict, leaving the castle nearly irrecoverable. Luckily, tireless reconstruction efforts had allowed the castle to be re-purposed into a university campus and military post, with room for various other facilities.

The Shuri Castle incorporates both Japanese and Chinese architectural styles which underline the Ryukyu Kingdom’s unique ties with China. With striking red tiles and a seven-meter high ceremonial gate roof, the kingdom was once a long-standing transportation hub connecting the two nations. 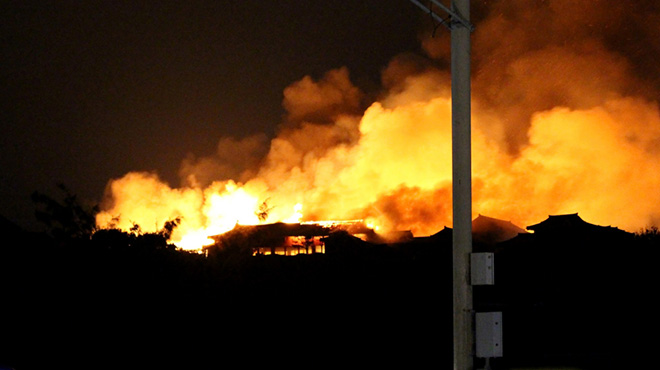 Despite being destroyed on several occasions, the reconstruction of this historic site signifies Japan’s ability to rise above, like a phoenix from the ashes. Externally, the castle was successfully restored to its original form through photographic references and was later converted to national park in 1992. However, modern museums have since filled the interiors of the North and South halls. 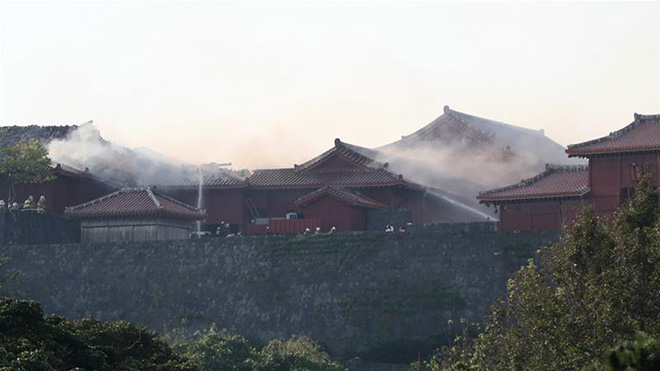 Now, with about 4,200sqm of the facility’s main, north and south buildings destroyed, local officials have yet to decipher a cause for the blaze which began at 2:30AM on Thursday. The fire had spread quickly throughout the castle, originating from the main Seiden temple. The castle’s Hokuden structure and northern temple have also been destroyed. While there are no injury reports, neighboring Naha areas and residents have been evacuated for their safety. 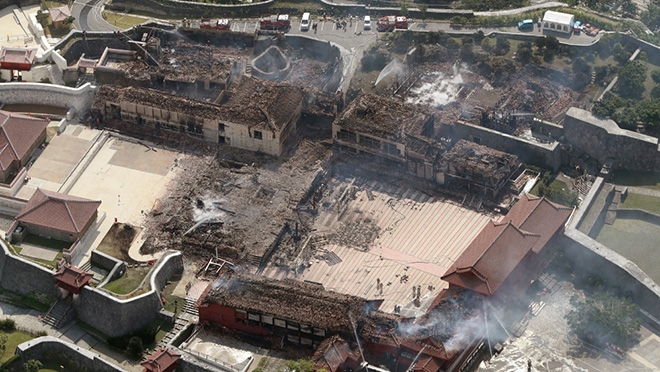 Over ten fire engines were dispatched to scene, where they fought an endless blaze for hours on end as residents, tourists and passersby watched helplessly as more than a century of history, architecture, culture and pride crumbled to the ground like a charred skeleton. Many gathered to take photos of the remains in memory of what once stood, while countless residents cried as the island and city of Naha’s symbol of pride and hope was destroyed overnight.

Naha officials have continuously spoken out regarding the fire, offering words of both comfort and action. Naha Mayor Mikiko Shiroma and Chief Cabinet Secretary Yoshihide Suga have since pledged to prioritize reconstruction efforts and increased safety measures.