As one of the world’s most renowned engineering brand, the Rolls-Royce legacy was first established in 1884 by Henry Royce who developed his first motorized car in 1904. It was in the same year that he met Charles Rolls, a car dealer in London. Their combined success in developing and dealing cars eventually led to the formation of the official Rolls-Royce company in March 1906. Together, they launched the six-cylinder Silver Ghost which was hailed ‘the best car in the world’.

Beyond engineering cars, Rolls-Royce has a history of developing aero engines. During World War I, the company supplied almost half of the total horsepower used in aerial warfare by the British army and its allies’. Breaking boundaries were a significant part of the Rolls-Royce brand. By 1920 to 1931 the company had raised the bar in developing engines – the creation of its seaplane ‘R’ engine had established a 400mph new world record in air speed. Fast-forward to the present, Rolls-Royce is currently a major contender in the production of both motorized cars and planes. Creating multifarious engines for leisure, luxury and federal use, Rolls-Royce has a boundless collection of superlative cars, planes, submarines and boats. 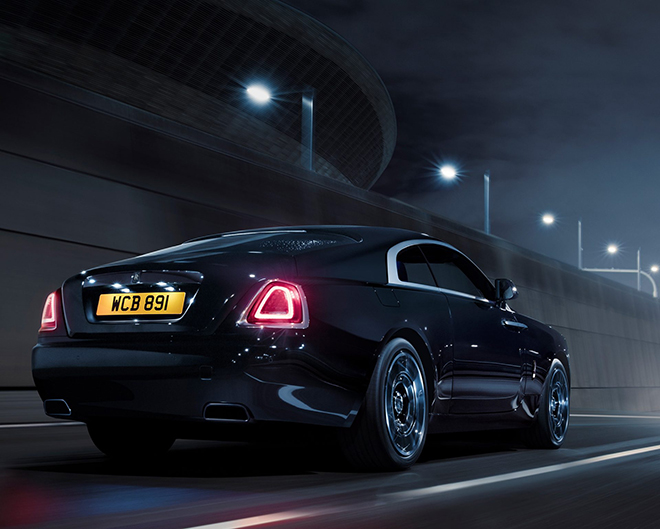 The 21st century Millennial’s renewed obsession with Bavarian Motor Works (BMW) has since rewarded Rolls-Royce with a startlingly younger demographic. As one would expect, with new demographics come new demands, one of which include an edge from the brand’s long history: its sporting flair. 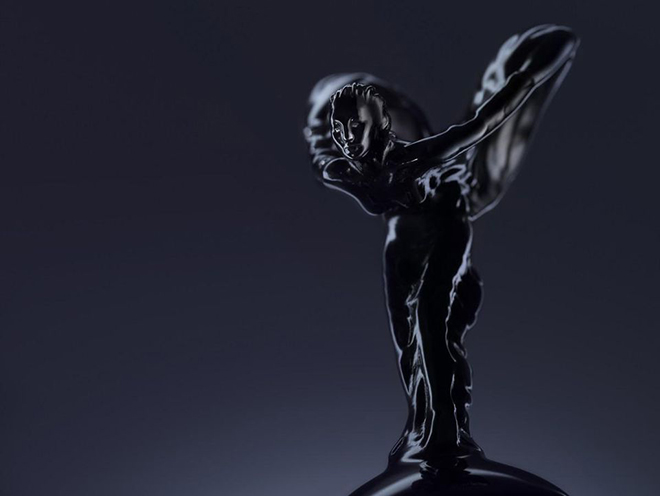 In the latest Black Badge series, Rolls-Royce takes on a new performance direction through exploring its darker side. The series aims to appeal to its younger demographic, incorporating a 6.6 liter, twin-turbocharged V-12 engine-setup for effortless acceleration-energy and smooth power-delivery at any speed. The Black Badge series promises cars with fast-paced mountain road competency PLUS additional power in the form of 603 horsepower and a 44lb increase, boosting torque up to 641 lbf. Other feature include, an 8-speed gearbox and the brand’s signature Spirit of Ecstasy in high-gloss black. As of now, the Wraith is the Black Badge series’ most powerful car, alive with a driver-centered responsiveness. 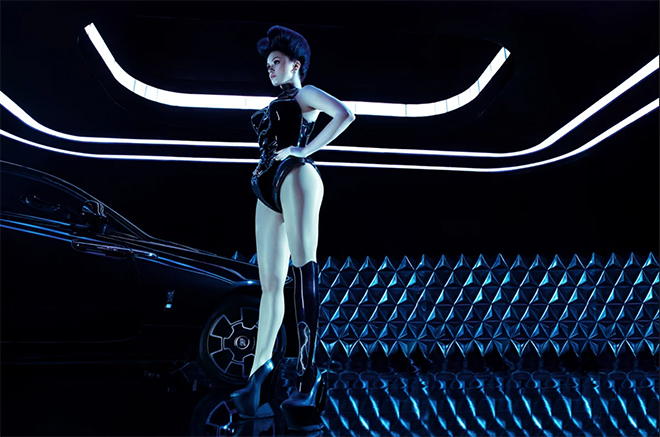 Viktoria Modesta who is a young singer-songwriter, performance artist and model was born in South-Eastern Latvia. She migrated to the United Kingdom at the age of 12 and had spent the majority of her childhood in and out of the hospital. Due to negligent doctors, Viktoria suffered with a defective left leg since birth until she finally decided to undergo a below-the-knee amputation for the sake of her health and mobility. Viktoria has since gained recognition not just for her talent but for challenging modern perceptions of altered and unconventional beauty. 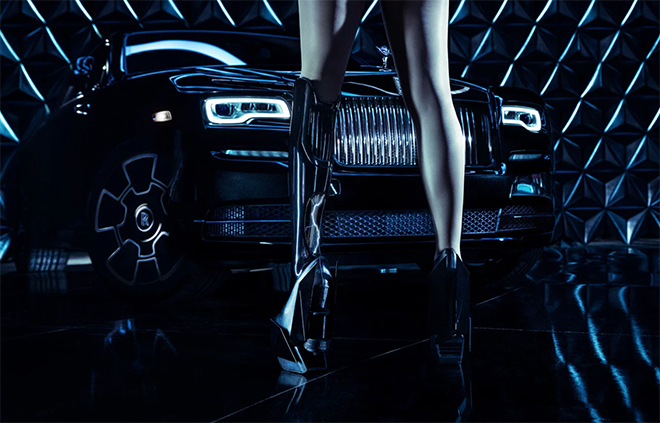 Her feature in the Rolls-Royce short film, she was seen sporting an elegant black prosthetic leg designed by Joe DiPrima from ArtAttack. Successfully embodying a fierce Black Badge ‘spirit’ through an exceptional performance, the video delivers a message of optimism through chiefly maximizing one’s individual potential to evolve and elevate. Every element of the video showcases gleaming and exorbitant power. The series and the brand’s signature Spirit of Ecstasy is personified through Viktoria’s bold and alluring expression. Her artificial limb, activates under pressure, releasing sparks visible through its transparent shin – a detail that could be interpreted as an individual drawing confidence from the most vulnerable parts of themselves.