The North Pole Igloos are a $100,000 per person adventure stay in the Arctic Circle

Seeing the surge of interest in experiential locales and luxury adventure tourism, LUXUO has been a pioneer in bringing our readers to the world’s most exotic destinations. Over the course of the last few weeks, we have explored Wa Ale, situated within an island of the Mergui Archipelago of Myanmar, the country’s first luxury resort and the world’s most exclusive escape, we have explored the wilds and great savannahs of Africa courtesy of the Cheetah Plains Game Lodge, our colleagues at Yacht Style ventured on exotic adventures aboard Explorer Yachts and today, we broach a new frontier in luxury adventure experiences – a $100,000 per person igloo-themed hotel set to open at the North Pole.

The North Pole Igloos are a $100,000 per person adventure stay in the Arctic Circle 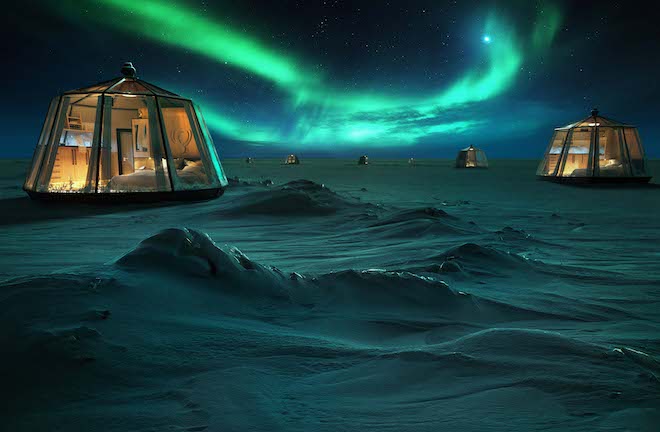 Beautiful wintry sunset. An image of a sun going down behind the horizon and it is making a unusual color to the snow. The lake is covered of ice and snow.

By virtue of its inhospitable nature, the North Pole is still one of the most exclusive travel destinations on the planet. Think of how difficult it is to get to Wa Ale in Myanmar’s Mergui Archipelago and multiply the difficulty factor by 30.

The North Pole has been the purview of adventures like Panerai Ambassador Mike Horn and Rolex laureates, essentially, they have either been explorers or climate activists. Now, North Pole Igloos offers civilians (albeit high net worth individuals) the chance to spend up to five-nights at the North Pole.

According to the World Tourism Organization, international tourism receipts increased 4 percent in real terms (adjusting for exchange rate fluctuations and inflation) to reach $1,448 billion in 2018, about $100 billion more than the previous year, corresponding with the 6 percent increase in international tourist arrivals for the same period. 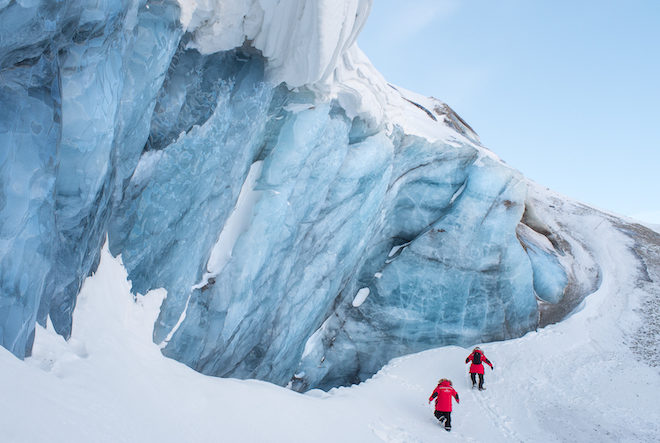 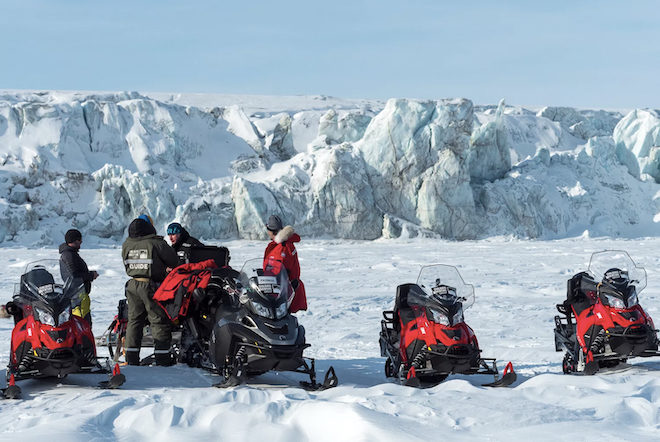 Adventure tourism on the hand, has been showing far greater, exponential growth rates, climbing 17.4 % from 2017 to 2023, projected to reach $1,335 million in 2023 from $444 million in 2016. Adventure tourism has been a growing genre of luxury experiences which are exclusive by nature of their relative in-affordability to mass market tourists; at $100,000 per pop, glamping in the Arctic Circle fits the bill.

North Pole Igloos are a dream of Janne Honkanen, founder and chief executive of Luxury Action, a high-end travel company. Honkanen initially had the idea of communicating how climate rise affects arctic life and environment and then quickly realised that the best way to do it, was for guests to experience it themselves. Editor’s Note: Climbing Mont Blanc as part of Montblanc Geosphere’s 7 summit launch, was how LUXUO discovered that climate change was altering the composition of ice on our planet’s tallest peaks.

Guests to North Pole Igloos can pick any one of 10 heated glass-walled igloos, letting the stars and the northern lights fill the ceiling of your room will likely be one of the more life-affirming experiences in your life-time. By day, experienced guides will take you around the frigid landscape, typically Svalbard’s glacier (but the heated Igloos will move according to safety and weather conditions) where you will meet the indigenous people and the scientists who work in the area. Hopefully, the climate hasn’t deteriorated to point where arctic life like seals, polar bears, arctic birds and other wildlife becoming exceedingly rare to spot

North Pole Igloos Hotel is open at North Pole on request in April only because it is the only month when in a year you can travel safely.