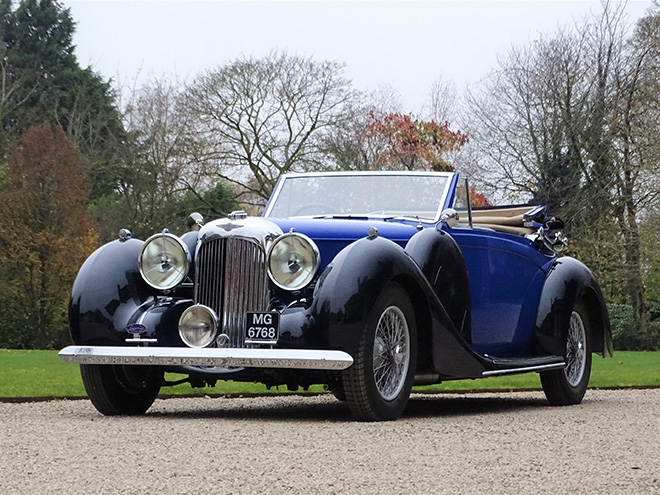 The most technologically advanced motor car is officially for sale! The captivating pre-war 1939 Lagonda V12 Drophead Coupe which inherits a rich patrimony of design, initially debuted in prototype guise at the October 1936 Olympia Motor Show, a year before its actual launch. 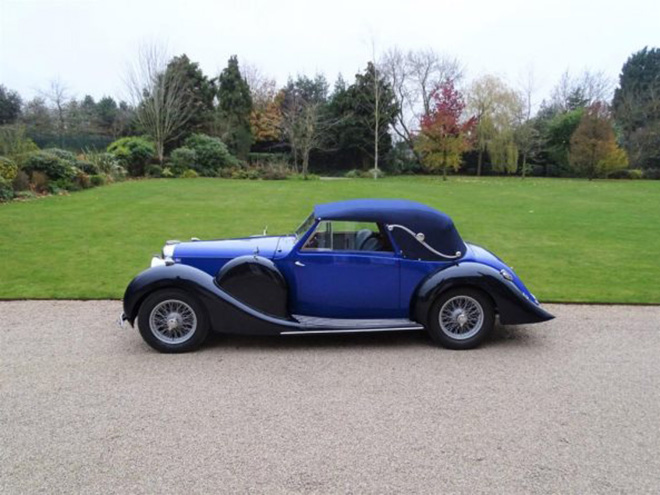 Composed of Chromidium, Duralumin, steel, aluminium, and phosphor-bronze, each and every component of the V12 was meticulously selected and tested to achieve maximal results and flawless performance under all condition – making it one of the fastest supercars of its generation, with the capacity to cover a distance of 101.5miles per hour. 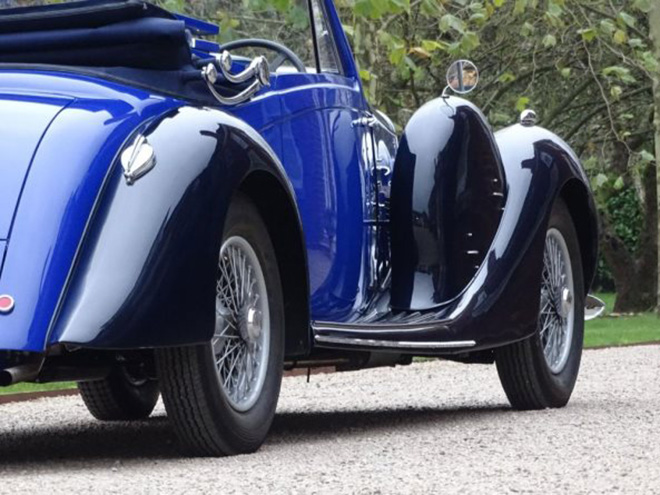 With an astonishing track record of finishing 3rd and 4th in the 1st and 2nd class Le Mans Race, the Lagonda V12 is arguably the most desirable British grand tourer of its era – having passed through the hands of numerable factories and automobile enthusiasts, this legendary coupe eventually found its way into the Hollinshead family who barn stored it in protective wax for forty years.

The Lagonda V12 was since disassembled for the first time in July 2006, by Alfred Hill MBE. Overhauled with new crankshafts, con-rods, forged pistons, and camshafts, sourced from Farndon Engineering, Arias, and LMB Racing, the engine was also treated to an unleaded fuel conversion, replacement timing chains, fresh bearings, plus a refurbished starter motor and dynamo. 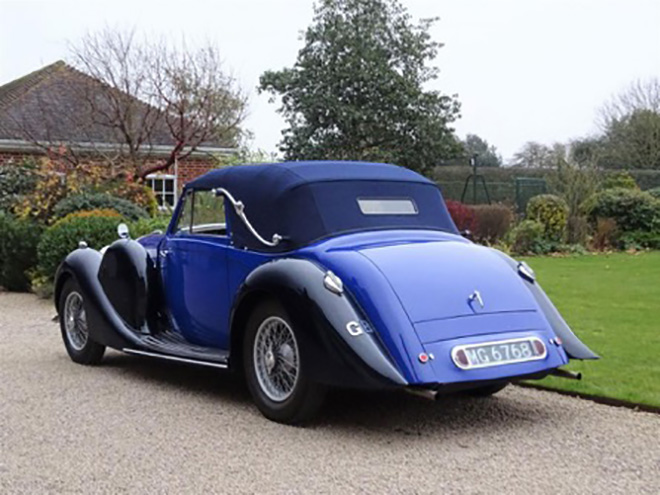 Coupled with a rejuvenated suspension, brakes, fuel system and wiring, the V12 was retrimmed in Dark Blue leather with a matching mohair hood by J. Krych, while its interior was enhanced with an European walnut dashboard and door capping.

Featuring the fully-functioning, ingenious mechanism which secures the door in two planes and a ‘disappearing’ rear luggage rack – every ‘nut and bolt’ underneath has been checked and tightened. The pre-war 1939 Lagonda V12 Drophead Coupe will be up for sale for an estimate of £300,000 to £400,000 at the next H&H Classics sale at Duxford on March 18th 2020.