The Bang created with The Unnamed Society 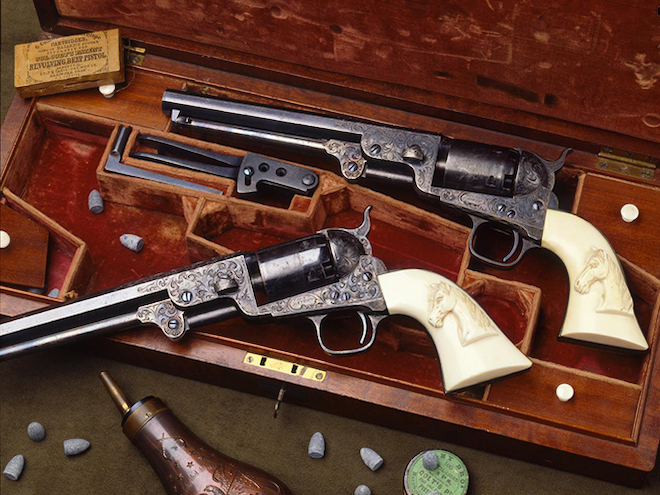 Often, the more academic of the watch collectors will wax lyrical about how Swiss watchmaking came to dominance on the backs of the Parisians (there was this whole thing involving Calvinism and Protestantism) and when the Americans ceded their watch market dominance when manufacturers like Hamilton re-tooled their machines for weapons and ammunition manufacturing during World War 2; however, the link between arms makers and watchmakers goes back further than the modern 20th century and what better reminder than the  L’Epee Revolver Clock: The Bang created with The Unnamed Society, a group of inventors and designers.

In the early history of both industries, watchmaking and in the development of firearms, a major factor pertained to how energy was stored and released. First, pioneering arms makers like watchmakers tended to be generalist across a variety of skills – goldsmithing, blacksmithing, engineering, metal-smithing, to name a few. Second, they had to have knowledge of rudimentary physics and the various means to store kinetic energy in mechanical components giving rise to commonly used nomenclature between both professions: barrel, calibre, hairspring, cannon pinions, etc; Finally, before the advent of the revolver, your basic crossbow stored the energy required to release the arrow bolt in something called a “strobe escapement” – essentially a roller nut with teeth that locked in place as you tensioned the spring, much like one does in a mainspring barrel when winding a watch. 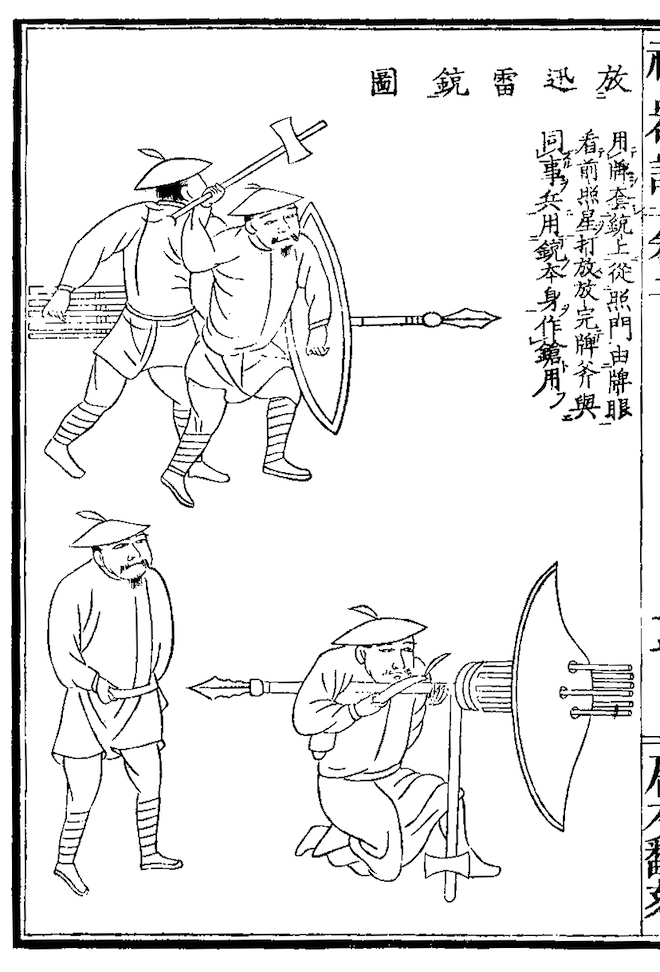 At some point in the 16th century, the skills between watchmaking and arms-making became more delineated and specialised but the two professions remained tangentially linked. Whether it was Marin Bourgeois, one of pioneers of the flintlock, and a supplier of arms and astronomical clocks to royalty like Kings Henri IV and Louis XIII, or till the early 19th century as creators of timers for military instruments and detonators; and with the advent of gunpowder, the new limiting factor became a question of how quickly one could reload a weapon after it was fired.

Conception of the Revolver

The 迅雷铳 (Xun Lei Chong) or Thundering Fast Firearm was a game changer for the Ming Dynasty. Essentially a five-barrelled musket gun that fired modified spears, it also incorporated a cotton-padded leather gun shield. Invented by 趙士禎 (Zhao Shi-zhen), this weapon was a battlefield game-changer allowing its shooter to discharge five shots in quick succession by rotating the barrels manually, and then replace the spent barrels with pre-loaded spares; while the complexity of design hampered serial production, it was revolutionary in how it inspired later weapons which featured multiple barrels revolving along a single axis aka the revolver. 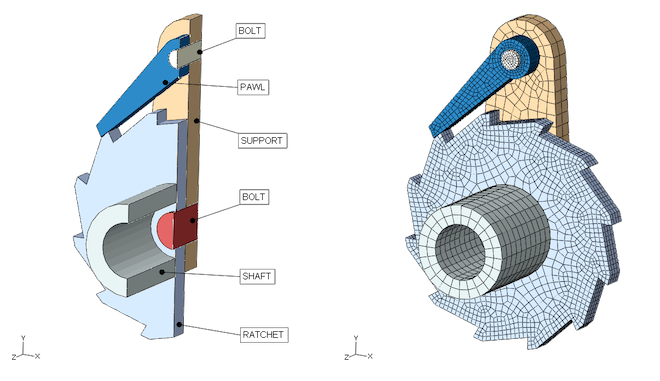 The earliest examples of what we know as a revolver were made in Germany. Featuring a single barrel backed with a revolving cylinder holding gunpowder and ball ammunition in each chamber, these primitive early revolver designs were notoriously difficult to use and expensive to make but in 1836, American Samuel Colt, aided by cartridge-type ammunition (where the gunpowder was kept in the cartridge of the bullet rather than separate) led to the widespread use of the revolver. Inspired by ratchet and pawl mechanisms (still found in watch calibres today) on naval capstans, Colt adapted this for his revolvers to “automate” the revolution of the cylinder by cocking the hammer rather than requiring the firer to manually rotate the cylinder. 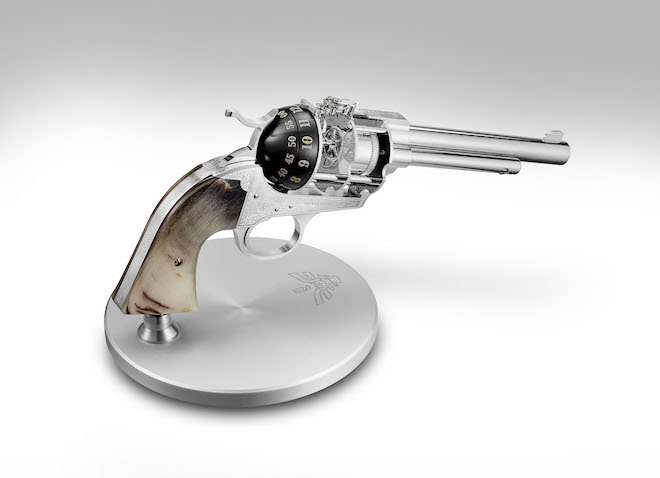 “The purity of purpose inherent in the revolver makes it a compelling platform for telling time: it aptly symbolizes the preciousness of every moment, the speed at which it can be stolen and the complexity of what is, ultimately, a simple proposition.” – The Unnamed Society

The Unnamed Society is a group of creatives who take delight in finding unique and artistic interpretations of commonplace objects. For their first objet, they have collaborated with famed Swiss artisan L’Epee on a Revolver clock that they have named, Bang. A work of art and precision, the L’Epee Revolver Clock harkens back to the days when aristocrats would turn to their metalworking, mechanical genius for both their clocks and guns. Mechanically similar to Samuel’s original Colt 45 revolver, it uses Samuel Colt’s patented indexing cylinder which enabled firing the gun without having to manually rotate the cylinders; here The Unnamed Society x L’Epee Revolver Clock uses the working hammer to set the time rather than rotate a bullet into firing position. 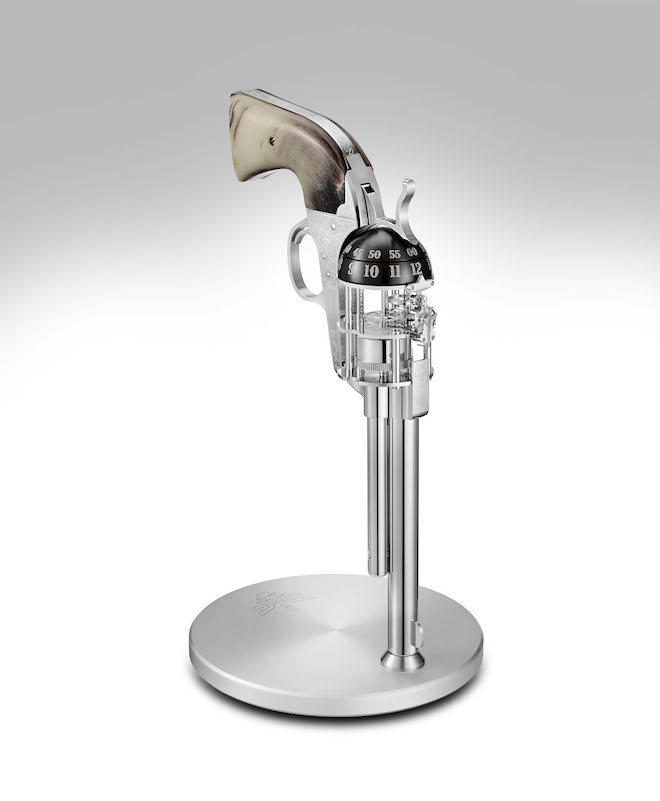 Though created in a Limited Edition of 50, each L’Epee Revolver Clock is actually a piece unique by virtue of individual design elements which comprise the objet d’art like the handcrafted grips are individually made from Big Horn sheep. Each $31,000 Revolver Clocks can bespoken with options like special custom grips (limited by material options) made by Swiss-based Master cabinet maker Cedric Richard with interesting textures like tree barks (olive, pear, palm and rosewood), while US-based Mike Dorris of MD Grips in Tennessee creates grips made from animal sources involving their born and skin.

Like most pistols during the era of the Wild West, engraving and other embellishments like jewel-studding for the frame (the basic architecture of the pistol), its edging and of course the barrel are be chosen as well. 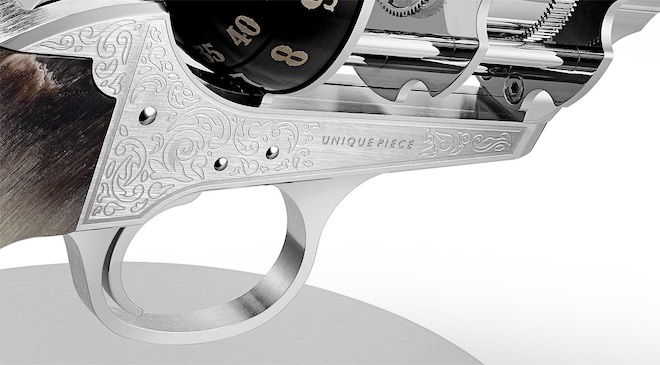 Each L’Epee Bang revolver clock is made using  palladium plated brass and brass. Most of the surface area of the frame can be finished in a variety of metal finishing aka polished, satinated or sandblasted decorations with engraving as an additional option. Each $31,000 revolver clock also comes with its own satin finished aluminium stand and the L’Epee clock can be oriented with either barrel down in vertical position or horizontally with grip on the stand.

The 142 component exclusive manufacture calibre offers 8 days power reserve with dome display hours and minutes. The mainspring of the clock is wound via a hidden key in the barrel.