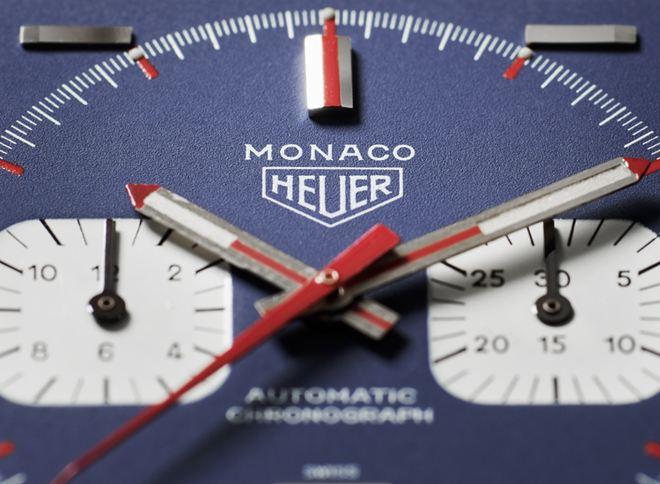 Reaching fever pitch of the 50th anniversary of the TAG Heuer Monaco chronograph is a one of a kind edition specially restored and hand-finished for the upcoming Philips New York auction – a piece of art titled Monaco Piece d’Art. Launched in 1969, the TAG Heuer Monaco ref. 1133B introduced the world to a pioneering mechanical watchmaking concept – automatic winding.

One of three consequentially launched automatic chronographs, self-winding Calibre 11 Chronomatic represented an important milestone and unprecedented functional practicality in a segment which was increasingly dominated by the battery-powered quartz movement. Today, the TAG Heuer Monaco Piece d’Art represents a poetic bookending of a 50 year story with the re-introduction of a key appeal to mechanical watchmaking – hand finishing. 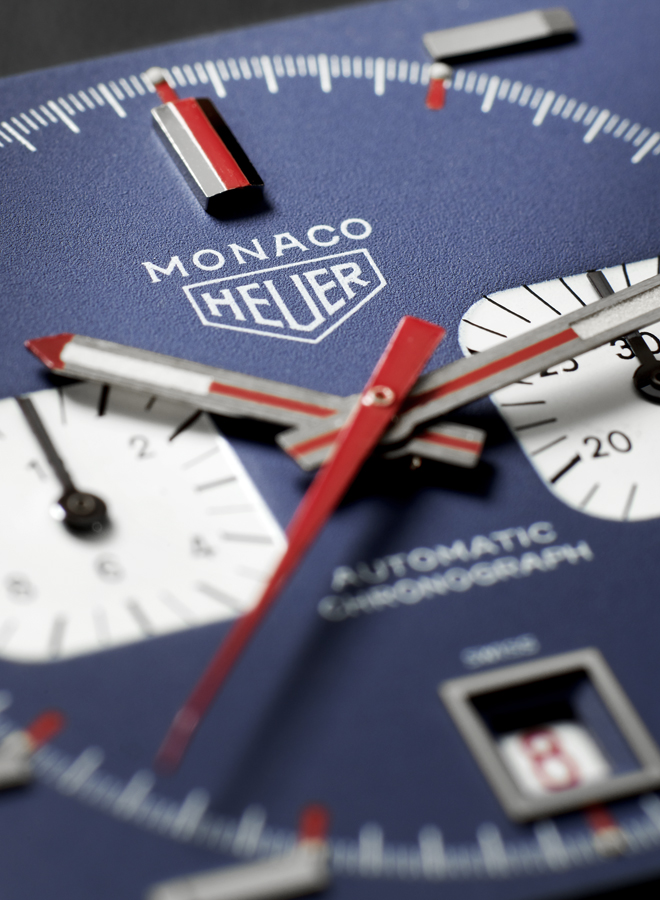 A gorgeous combination of mechanical ingenuity and artisanal craftsmanship, the Monaco Piece d’Art is TAG Heuer’s most unique tribute to the iconic Monaco chronograph yet. The base model Heuer Monaco is an original 1969 ref. 1133B reworked by TAG Heuer’s in-house craftsmen in the Vintage After-Sales department. “In the lead up to this significant milestone, the Heritage department wondered what gift it could offer the Monaco for its 50th anniversary. We decided to create a one-piece edition: a work of art that commemorates our icon and pays tribute to its uniqueness. We have taken original components and decorated them – something that has never been done”, – TAG Heuer Heritage Director Catherine Eberlé-Devaux.

The TAG Heuer Monaco Ref. 1133B featuring the original Calibre 11 was transformed into the Monaco Piece d’Art thanks to its refinished and reworked, groundbreaking automatic chronograph movement. The competently but industrially finished Calibre 11 once hidden behind a solid case back is now visible to all through sapphire necessitating that the one-of-a-kind Monaco Piece d’Art be taken apart and hand decorated by the artisans at La Chaux-de-Fonds.

Four expert watchmakers worked on the Monaco Piece d’Art for three months, creating special tools for the work. Every part of the chronograph movement has been reworked; this included bevelling all the components and enhancing the parts with straight graining, mirror polishing functional surfaces and screw heads, and adding three new jewels to bring the total to 20 rubies. The most impressive artistry is visible on the bridges; engraved by hand, in a font reminiscent of the style of the 1970s, the words “Cal. eleven” feature on the chronograph bridge for the minute and seconds counter, with “Monaco” appearing on the hour counter bridge. The two bridges had to be remade, as the originals were too thin for the elaborate engraving work.

In addition to its exclusive hand-finished movement, the Monaco Piece d’Art is also subtly distinct from its vintage counterpart in terms of aesthetics – its date disc displays red numerals instead of the traditional black. The special edition Monaco Piece d’Art will be sold at the Philips New York Game Changer watch auction with proceeds donated to the US charity United Way of New York City.

Held on 10 December 2019, profits from the sale of the Monaco Piece d’Art will go towards improving the lives of underprivileged children and families, TAG Heuer will support United Way of New York City’s education campaign ReadNYC.

The Monaco Piece d’Art will be presented in a special wooden box decorated with red lacquer. The white leather interior holds the stainless-steel circle cut out from the caseback and a loupe but most specially, the lucky bidder will also own a part of Heuer heritage by virtue of the historic Monaco leaflet that came with the original timepiece. Additionally, an 18 × 18-inch black-and-white drawing by renowned visual artist Julie Kraulis is framed in the same wood as the watch box, capturing a rendering of the intricate caseback. Icing on cake,  a copy of Paradoxical Superstar, signed by TAG Heuer’s Honorary Charmain Jack Heuer, comes with the distinctive watch. The book was published in honour of the Monaco’s 50th anniversary and includes archive excerpts and sketches of the designs and movements of the iconic timepiece.