Sunseeker has announced the sale of the company’s first 161 Yacht in late October, with the client signing a Letter of Intent. The deal was brokered by Sunseeker Monaco, part of the Sunseeker London Group. 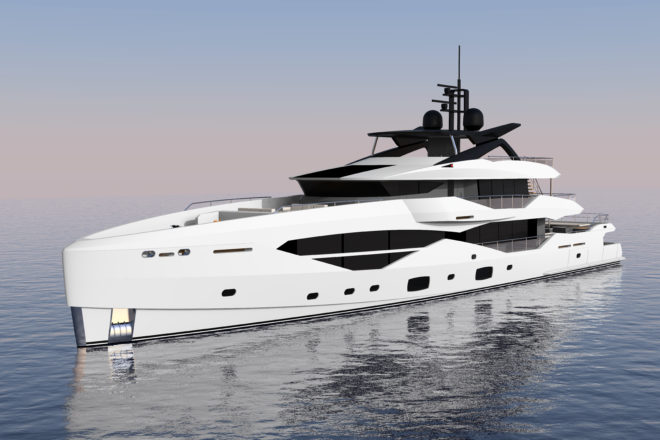 Sunseeker’s flagship model will be built in the Icon Yachts in Harlingen after the British builder announced its partnership with the Dutch yard late last year, in order to offer clients larger superyachts built in aluminium. Delivery of the first hull is scheduled for September 2022.

The sub-500GT tri-deck offers a standard configuration featuring five cabins for 10 guests, with scope for up to 12 guests depending on the chosen layouts, while design features include a plunge pool on the main deck and a generous beach club.

Sunseeker has also announced a new Superyacht Division, designed to strengthen the builder’s success in the superyacht category, having already delivered 137 units over 100ft since 2000.

It includes a new partnership with Pendennis, a renowned custom build and refit superyacht yard in Falmouth, located in the far southwest corner of England. Superyacht is the new range name for all of Sunseeker’s yachts from 101-161ft and currently includes the well-established 116 and 131 models, along with the 161. 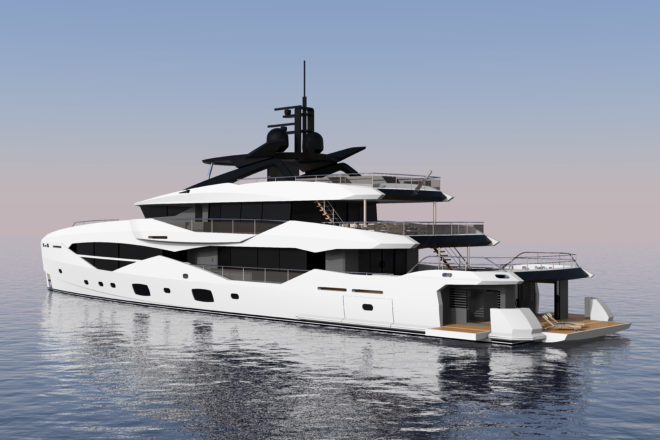 They have now been joined by the 133 Yacht, which has an overall length of 131ft 3in (40m) and a 31ft beam, and is scheduled to launch in 2021. Sunseeker will develop the hull and engineering of the 133 Yacht before it’s moved to Pendennis for fit-out.

The 133 Yacht is among the first new models in CEO Andrea Frabetti’s plan, announced in June, to double the number of Sunseeker models to 22 in three years.

Joining the 161 Yacht as the first Sunseekers with a vertical bow, the 133 Yacht has been designed with a round-bilge, semi-displacement hull form, with the builder describing it as “paving the way for a completely new design philosophy for the next generation of Sunseeker yachts”.

At 448GT, with interiors by Sunseeker’s long-term partner Design Unlimited, the 133 Yacht offers 27 percent more interior volume than the 131 Yacht. 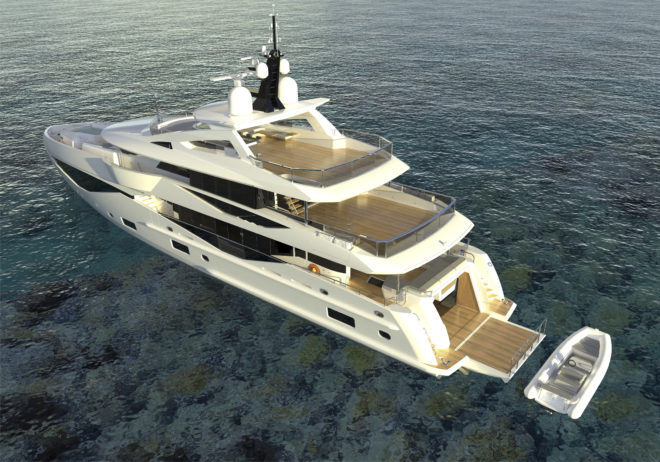 The yacht is available with MTU 16V engines, with up to 2,636PS for a top speed of 24 knots or efficient displacement cruising up to 3,500nm.

MTU’s hybrid system can be specified for the first time, with smaller 12V engines improving range and allowing zero emissions while cruising or anchoring. The yacht will also benefit from reduced noise and new technology including SCR systems, future-proofing against upcoming changes to emission regulations.

Design features include a ‘sky lounge’ on the upper deck, with owners able to access the foredeck via two parallel side stairwells or through the upper deck sky lounge itself.

Options include a traditional garage with stowage for PWC, toys and equipment or a full-beam beach club at the stern. The latter option can include a Williams Sportjet 460 sitting within the foredeck spa pool, launched via a crane, and the choice of towing a larger tender.

Sunseeker also revealed its former Project 8X as its new 87 Yacht, with a first hull scheduled to launch in the summer of 2020. It will feature 20 per cent more volume than the 86 Yacht, which the yard said it will continue to build due to its popularity. 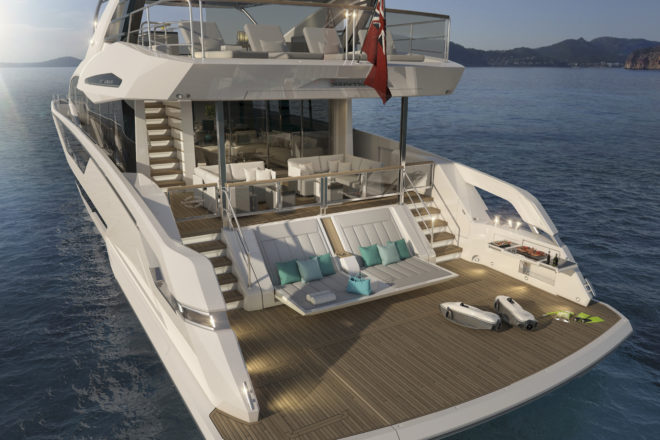 New additions since the model was announced at Boot Dusseldorf include ‘X-Tend’ sunbeds, which can be operated electrically to raise upwards to face the cockpit or lowered to face aft at beach club level.

In development for 12 months, the 65 has a sleek exterior with a minimalist bridge deck that can be specified with either a ‘sky lounge’, with chaise longue and companion seating, or an innovative ‘sky helm’, featuring twin bolstered seats set very low either side of a central console.

Andrea Frabetti, CEO of Sunseeker, said: “Our designers have spent considerable time honing the key attributes of this all-new Sport Yacht. Our innovative ‘sky helm’ will deliver a driving experience like nothing else in the market.” 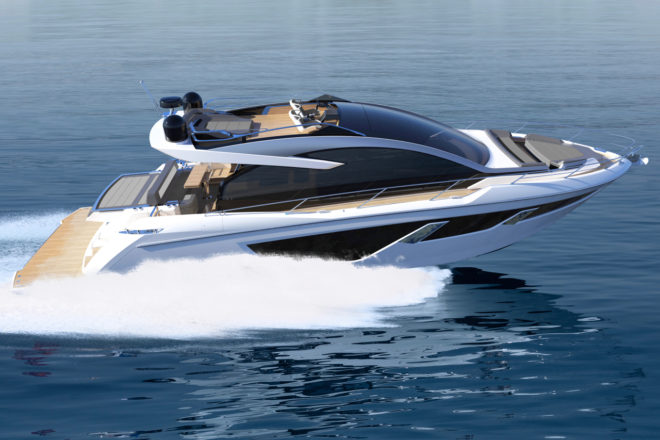 Sundal, who first joined the brand’s network as a sub-dealer of Sunseeker Finland in 2013, said: “I am looking forward to working with the Sunseeker team and promoting its unmatched range of motor yachts including the all-new Predator 60 Evo and the incredible new Hawk 38, which is coming to Norway.”

The Hawk 38 and Predator 60 Evo both had their global debuts in September, at the Cannes Yachting Festival and Southampton International Boat Show respectively.