Sunreef is building its largest-ever powercat, a fully custom 49M Sunreef Power, for a client represented by Imperial. The Monaco-based brokerage will act as advisor throughout the build process of the powercat, which is due for delivery in the second half of 2021. 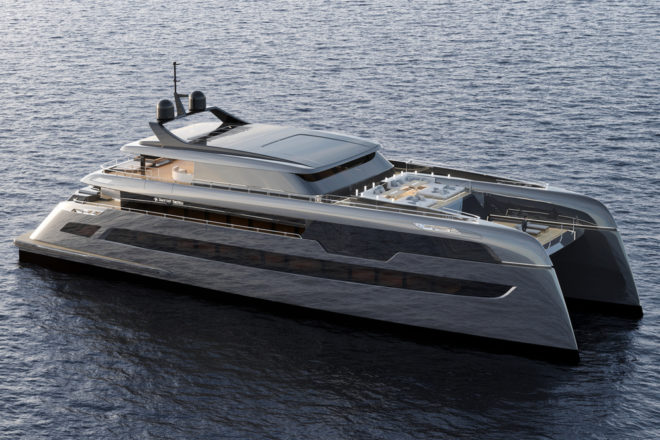 Sunreef describes the 1,350GT project as “the most voluminous luxury catamaran ever”

Imperial is currently representing the likes of the 136m Flying Fox and 82m RoMEA for charter, and 106m Amadea for sale.

In September, the Polish builder staged the world premiere of its 80 Sunreef Power at the Cannes Yachting Festival and also displayed the yacht at the Monaco Yacht Show. However, at 160ft, the new 49m twin-hulled superyacht will be double the length, with a broad beam of 17m (56ft).

Sunreef has described the 1,350GT project as “the most voluminous luxury catamaran ever launched” and the superyacht will be entirely manufactured at the shipyard’s new facilities in Gdansk. The tri-deck will feature vast outdoor living areas and luxurious accommodation for up to 10 guests, and will be operated by 17 crew. 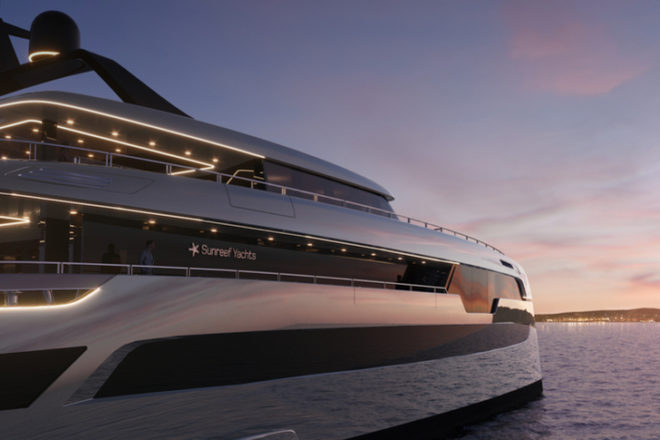 The 160-footer is the Polish yard’s biggest-ever project

Francis Lapp, founder and President of Sunreef, said: “An exciting journey begins for us as we team up with Imperial Yachts on this fantastic project. Sunreef Yachts is a trend-setting catamaran shipyard, specialising in luxury multihull design and build.

“Large, custom-built crafts in our fleet include vessels over 100ft. With this new concept, we engage in an ambitious endeavour to build a yacht that the industry has never seen before.”

An efficient, low-drag twin-hull design will allow an autonomy of over 5,000nm with 90,000 litres of fuel, using twin 3,400hp MTU engines. The catamaran will carry three tenders and a wide selection of water toys and PWC. 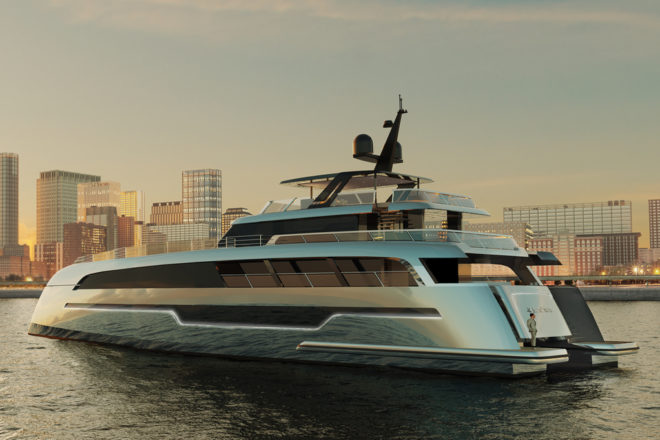 The shipyard has also announced it has signed a contract to design and build a 110 Sunreef Power, a custom 499GT catamaran also due for a late 2021 delivery.

The 33.5m catamaran has a four-deck concept, inspired by the supercar industry, with accommodation for eight in three vast guest rooms and a master suite with access to a private terrace on the bridge deck.

The 110-footer will feature a sun deck lounge with a spa pool,  fire pit and bar, a forward terrace with oversized sunpads, and an aft cockpit leading into an immense saloon. The yacht will have twin MTU 1,361hp engines and be operated by nine crew, while the garage can accommodate a tender, two large PWC and a variety of water toys.