It was billed as a battle of the trimarans and it proved just that as the Hong Kong-owned Orma 60 SHK Scallywag/Fuku beat the visiting Maserati Multi70 from Italy for multihull line honours in the inaugural Royal Hong Kong Yacht Club Nha Trang Rally. However, the ‘new’ event was so much more than the multihull showdown. 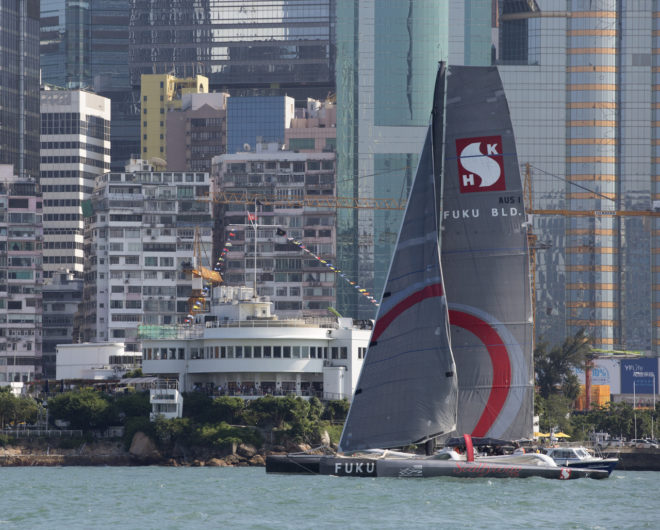 The event – specifically the name and course – was created at late notice to replace the Hong Kong to Vietnam Race, the biennial conclusion to the annual China Coast Race Week. Due to a course amendment in Nha Trang, the event was renamed to protect the integrity and race records of the Hong Kong to Vietnam Race, yet featured the original nine entries.

On October 16, the second of two days of starts in Hong Kong, the start time was adjusted to 15:10 HKT after the race management team published a revised course late morning, including an additional exclusion zone near the east of Quoy Nhon in Vietnam and a new finishing point.

Seven yachts started in an easterly breeze of 12 knots, nearly 28 hours after IRC Racer 2 yachts Jinn and Lion Rock had set off. (The two starts were predominantly a safety measure, to ensure the bigger boats came up behind the smaller fleet for support, if required.)

Second to pass through was the US-owned Maxi 72 Lucky followed by Maserati, with Italian Skipper Giovanni Soldini and his team forced to tack a few times due to commercial traffic in the harbour. The rest of the fleet then cleared the Gap and continued past Shek O Rock and out of sight to the south. 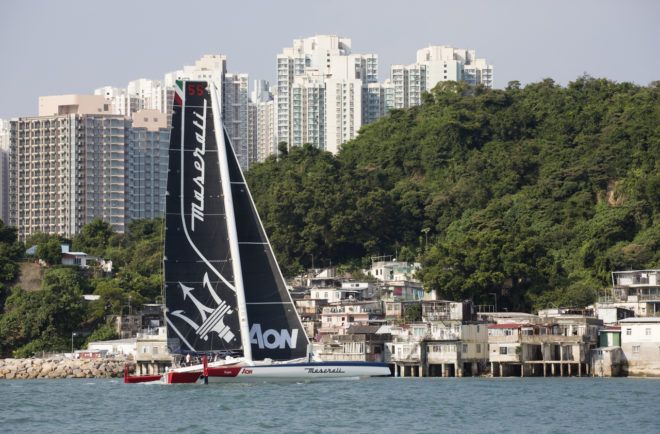 Maserati Multi70, pictured at Lei Yue Mun, was held up near the finish in Nha Trang

At 17:00 HKT, Scallywag was sailing at 17.7 knots VMG and 2nm ahead of Maserati, which was clocking 16.4 knots and had pulled 8nm clear of Lucky, favourite for monohull line honours. Both trimarans had a wild ride, hurtling down the South China Sea before Scallywag sailed into Nha Trang in an elapsed time of 30hrs 9mins 27secs, arriving at 21:19 HKT on October 17.

“I’m getting too old for that,” said Witt. “It was very wet, very tiring and hard work, but we got the result in the end. It was a really good race with Maserati. We had to make a couple of decisions in the end, but we got it right. Everyone is safe and the boat’s in one piece.”

Scallywag navigator Trystan Seal added: “I think luck played on our side, for sure, but we also played the shift really well. We read what was in front of us and came out on top.”

Maserati crossed the finish line at 22:57 HKT, 1hr 38mins behind Scallywag. “It was a very nice rally until the arrival,” Soldini said. “The night was very wet, a lot of wind, a lot of speed and we managed to get ourselves into a good position and had a great, hard-fought race.

“We thought we’d already won. However, when we arrived some 40nm from Nha Trang, we had several squalls, the last of which was huge, leaving us with no wind at all for two hours.” 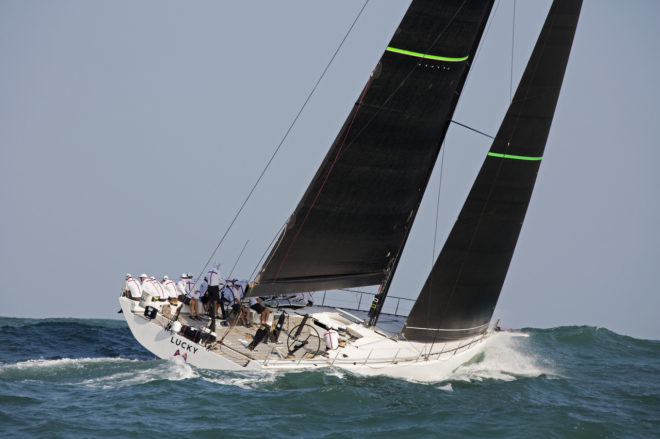 American Skipper Bryon Ehrhart was delighted when his 72ft Lucky, IRC Racing 0 winner in the 2013 Hong Kong to Vietnam Race, arrived on October 18 at 8:40 HKT to take monohull line honours in an elapsed time of 41hrs 30mins 10secs.

“The rally was fantastic. Good breeze all the way through, powerful wave conditions,” Ehrhart said. “Our depowered sail plan was to stay in sequence with the wave set. It was a very difficult sea state and everyone performed really well.”

Next over the line was Sam Chan’s FreeFire at 15:37 HKT in a corrected elapsed time of 66h 22m7s, nudging Lucky out of contention to win IRC Racer 0 and IRC Overall. FreeFire was later confirmed as IRC Overall winner when Joachim Isler and Andrew Taylor’s Mills 41 Ambush – the only boat that could beat FreeFire – was the final boat to sail into Nha Trang at 22:40 HKT, winning IRC Racer 1.

Russ Parker, FreeFire’s Skipper, said: “It was wet, very wet, but fast. That was our quickest-time ever to Nha Trang and a great result. We really appreciate the excellent work by RHKYC to navigate some serious hurdles at the 11th hour and keep the event on. Unfortunately, Sam couldn’t make it with us this time, but the crew would like to say a huge thanks to him for providing us with such a great boat and opportunity.” “This is the best event in Asia,” Hill said. “We had a fantastic time and did it in just under 50hrs and had a top speed of 31 knots, which isn’t too bad for a 30-year-old boat.”

Minutes after Antipodes crossed the finish, Nicolas Cohen-Addad’s J122e Jinn crossed the line to lift the trophy in her division.

“It was a good rally, but it was rough, especially the first 20 hours,” said Cohen-Addad. “We had 32-33 knots downwind speed with 5-6m swells. For two of our crew it was their first experience, really, and they were a bit shaken up.

“We lost three spinnakers. There was too much wind so they blew up. We got caught in a maze of fishing nets, had to do emergency tacks and gybes, and that’s how we blew the A2. We had fun!” 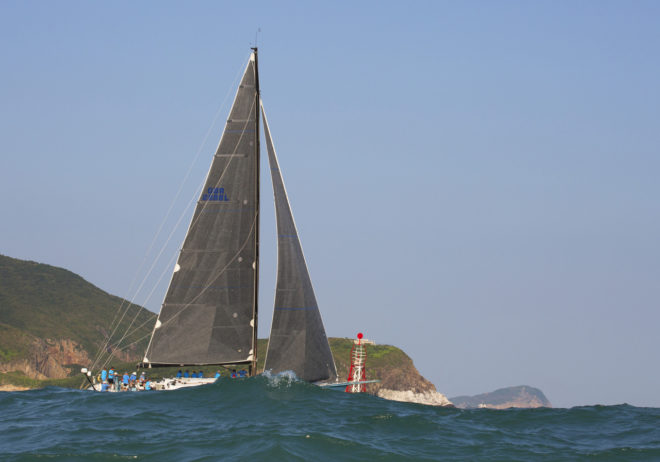 Geoff Hill, skipper of the Santa Cruz 72 Antipodes, said: “This is the best event in Asia. We had a top speed of 31 knots, which isn’t too bad for a 30-year-old boat”

Earlier, Zanzibar from Singapore had retired due to rig damage while Lion Rock retired just less than 1nm from the finish line due to lack of wind.

The event concluded the China Coast Race Week, which started with the three-day China Coast Regatta, although racing on day two was cancelled due to lack of wind.

In IRC Racer 0, Shawn Kang’s Ker 46+ Alpha+ took two wins on the last day to finish a point ahead of FreeFire, while Yuye Yan’s Seawolf finished ahead of her main competitor Mandrake III in IRC Racer 1.