The first Sanlorenzo SL86 in Southeast Asia was handed over to her new owners in Phuket in September and began cruising around the region, with the Phuket area, Malaysia’s east coast and Singapore as major ports of call. 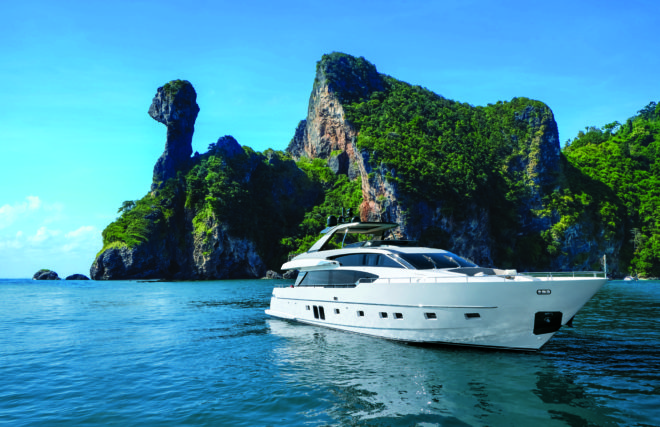 The model made its Asian debut at the Singapore Yacht Show in April – along with the SD126 – and went on to exhibit in Malaysia through the Sanlorenzo Asia division at Simpson Marine.

“We are delighted to see another Sanlorenzo yacht arriving in Asia, especially as the popular SL range is now almost entirely represented in Asia,” Stratton said. “The sale of this beautiful yacht following her recent arrival into Asia is testament to the growing appreciation for the Sanlorenzo brand around the region. There are more new models to come.” 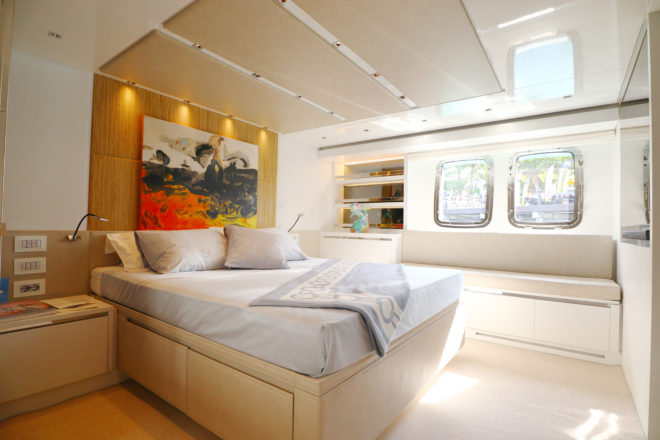 Sanlorenzo created the SL86 in conjunction with Officina Italiana Design and features the yard’s signature styling with large saloon windows. Features include an interior floating staircase suspended between two panels of glass leading up to the large flybridge.

The extended flybridge has a light hydraulic hardtop by Opacmare that can adjust in full shade or sun mode, plus a galley by Boffi for alfresco cooking and free-standing furniture by Roda.

The SL96 Asymmetric is set to debut at Boot Dusseldorf in January 2020, while Sanlorenzo’s recent world premieres include the SD96 at the Cannes Yachting Festival and the flagship 64m 64Steel Attila at the Monaco Yacht Show.