Rolex has been the Gift of Kings, perhaps it is still the King of Gifts for Christmas 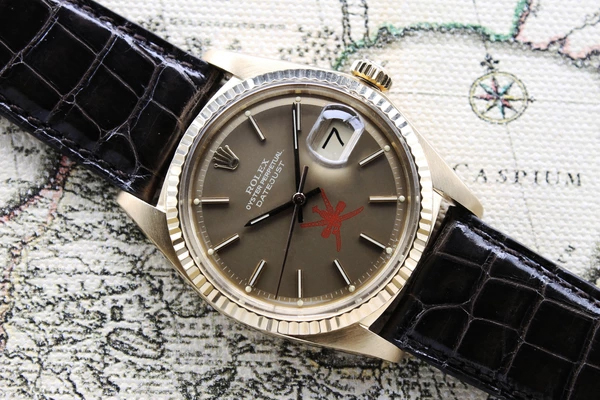 Through the ages, mechanical timepieces ranging from clocks to pocket watches and then wristwatches from the latter 19th century onwards have made fantastic royal gifts. Rolex is probably one of the most recognisable symbols when it comes to watches as gifts and there’s a remarkable story on why timepieces will continue to be the gift of choice when it comes to important occasions, momentous achievements or celebrating the important or beloved individuals in your life. But why is that?

The ubiquitous perception of mechanical watches as gifts can be traced back as far as the age of kings, when the Royal Courts employed artisan-engineers as both their armourers (people who made weapons) and craftsmen (people who made their clocks). A mechanical watch was a specially assembled masterpiece designed with hundreds of parts cut to exacting specifications and decorated (at least at the beginning) for functional resistance against inevitable corrosion. Though technology over the last 500 years has evolved, the art of mechanical watchmaking is still incredibly intricate, making them a thoughtful legacy. Ingeniously engineered in 1768 by Pierre Jaquet-Droz (a talented clock-maker), his son Henri-Louis, and Jean-Frédéric Leschot, these ‘robots’ generally entail a group of three automaton designs: the Musician, the Draughtsman and the Writer.

During the Middle Ages, clocks primarily served religious purposes; but as mechanical complications grew in sophistication and started to be able to calculate the positions of planets and phases of the moon, including Jaquet Droz’s famed “robot” Automata, these complex mechanisms became an ornate and expressive way to demonstrate the royal court’s wealth, power and national know-how. 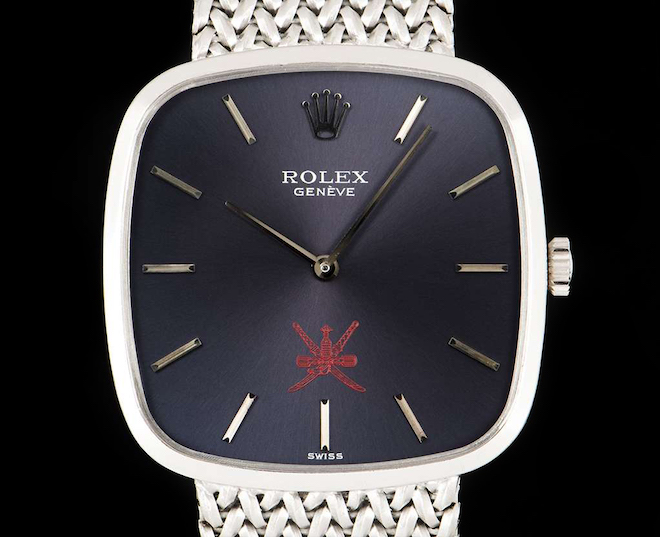 Nevertheless, these “demonstrations” of prestige were only visible to other royalty and ambassadors but but by the modern era, wristwatches emblazoned with the seal of the Sultan of Oman cemented the idea that the wristwatch was a kingly gift.

Adopted in the 18th century as the badge of the Omani royal family, the khanjar – along with the two crossed swords – symbolise the historic weapons utilized by the people of Oman, subsequently becoming the crest of the Al Said dynasty. 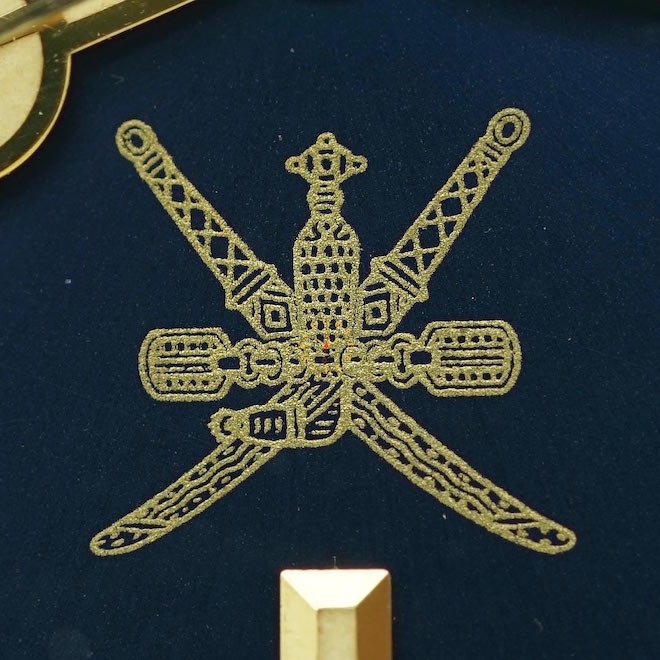 The petroleum-rich sultanate of Oman had long ties with the United Kingdom, based the a 1798 Treaty of Friendship and it continued as a British protectorate till the end of the 19th century when Said bin Taimur, the 13th Sultan of Oman, inherited an administration in debt in 1932. With the help of the British commandoes, Sultan Said bin Taimur united the states of Muscat and Oman into one country. Supporting the allied war effort in World War 2, Sultan Said eventually gained independence for Oman in 1951 but then he failed to modernise the country and improve the lives of his citizenry, growing increasingly reclusive to the consternation of the British who had long supported his reign.

A graduate of the Royal Military Academy Sandhurst, Qaboos bin Said al Said, his son, served a year-long stint with the British armed forces (1st Battalion The Cameronians) stationed in Germany where upon his return in 1966, he was placed under virtual house arrest in the Sultan’s palace in Salalah by his father.  It was here that he wrote in secret to the British government about plans to overthrow his father who had grown increasingly erratic. 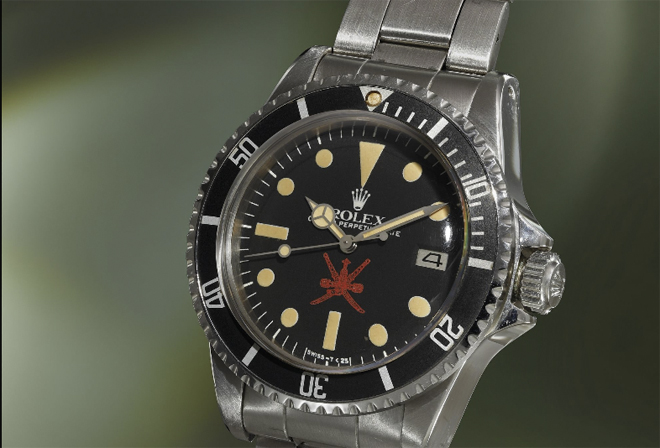 Ref. 1665 Submariner made for the Sultan of Oman and retailed by Asprey | credit: Philips Patek Philippe Ref. 3700/1 retailed by Asprey, made for the Sultanate of Oman | credit: Phillips.com

With the help of British MI6, the Foreign Office, and sanctioned by the Prime Minister, Harold Wilson, Qaboos ascended the throne on 23 July 1970 following a successful coup against his father, with the aim of ending the country’s isolation and using its oil revenue for modernisation and development. As Sultan, Qaboos abolished slavery and rapidly developed Oman’s infrastructure with nation-wide electrification projects, telecommunications, education and modern tans-national port and airport infrastructure while encouraging the growth of private infrastructure. Sultan bin Taimur deposed and sent into exile to Great Britain, spending the last of his days at London’s elite Dorchester Hotel while Sultan Qaboos has remained the longest serving current ruler in the Middle East. Following hisascension to the throne, his gifts of gratitude to former British officers, associates and confidantes, who assisted in the social and economic prosperity of Oman were ostensibly Rolex watches emblazoned with his “Khanjar” coat of arms, often purchased through British luxury institution – Asprey of London. 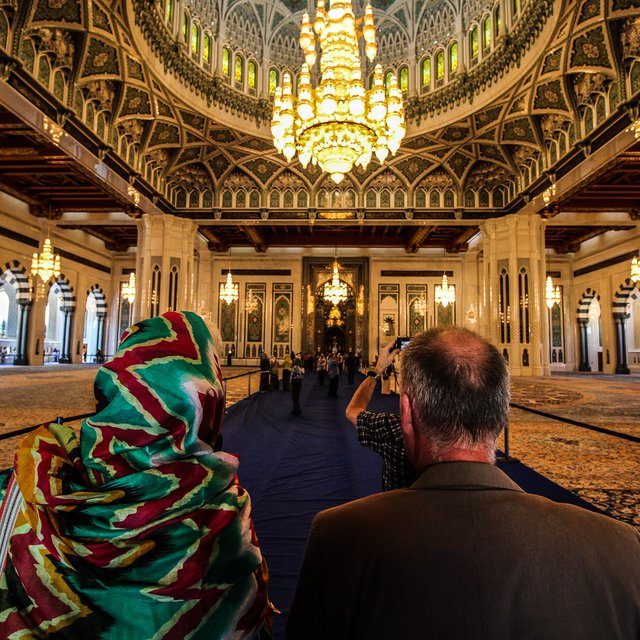 It was made specially for Mr. John R. Asprey in commemoration of the 10th anniversary of William & Son

Editor’s Note: Editorially speaking, retailers like Asprey, Harrods and Bucherer were ostensibly important names in the shopping habits of economic elites and aristocrats for their cities. Founded in 1781 and counting blue-bloods like the British royal family and Indian maharajahs among their clientele, it is little wonder that Sultan Qaboos chose Royal Warrant holder John Asprey to be his purveyour of choice for fine timepieces. It is unfortunate to note that today, retailers like Asprey and across the Atlantic, Barneys, once vaunted curators of exquisite luxury accoutrements have fallen on hard times. In fact, John Asprey’s own unique edition platinum F.P. Journe Octa Calendrier is up for auction over at Phillips.com. Asprey was an early supporter of independent watchmaker Francois-Paul Journe but that’s another story.

Though there are other watches inscribed with the Khanjar emblem including Audemars Piguet and Baume & Mercier, Rolex “Khanjar” editions are the most popular at luxury watch auctions thanks to the Sultan’s reverence for the brand and the rarity of these models. Though Rolex no longer produces Khanjar editions for Sultan Qaboos (that we know of), we believe that the regal Rolex Cellini fits the bill for a kingly gift. 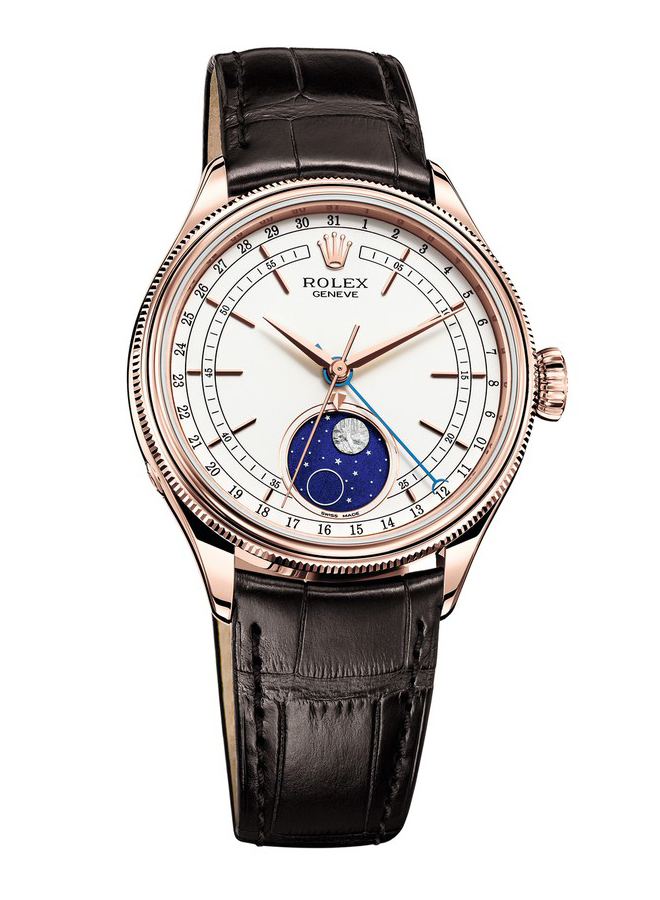 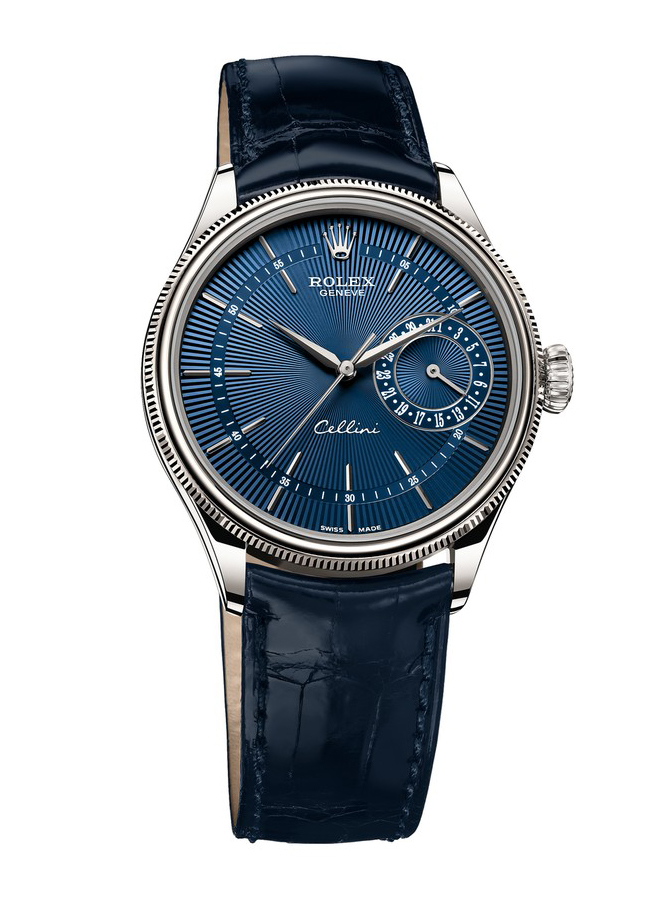 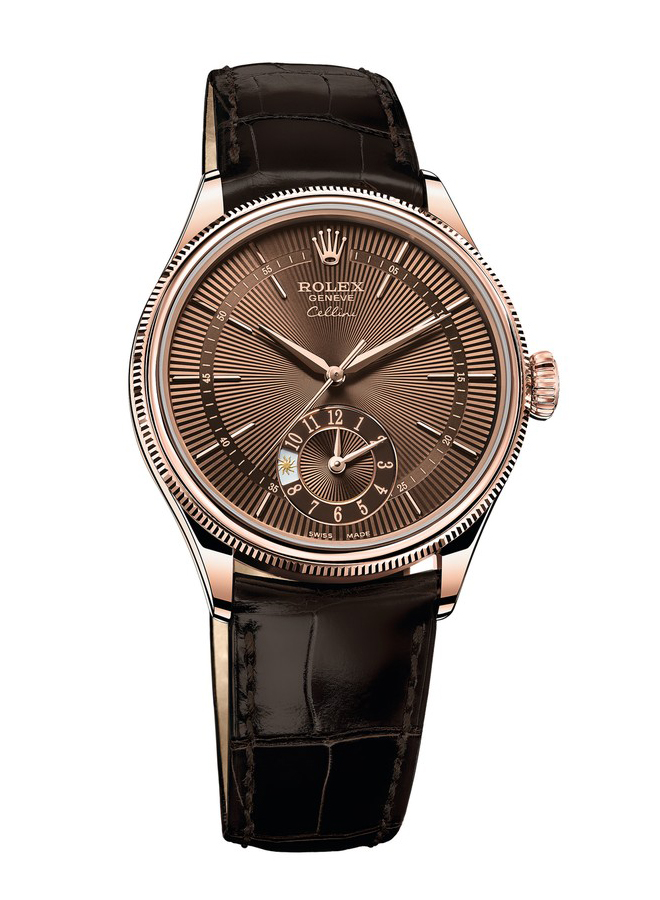 The Rolex Cellini collection celebrates the eternal elegance of traditional timepieces with a contemporary touch. Consisting of classically inspired models, it combines Rolex’s know-how and high standards of perfection in an approach that heightens watchmaking heritage in its most timeless form.

Using a patented Rolex creation, the  exclusive 18 ct pink Everose gold alloy cast in its own foundry preserve the beauty of its pink gold watches. Available in gentlemanly 39mm proportions, the Cellini Moonphase enjoys hallmarks of fine watchmaking traditions like a white lacquer dial with a blue enamelled disc at 6 o’clock showing the full moon and the new moon, the former depicted by a meteorite applique and the latter by a silver ring. The Rolex Cellini Moonphase also displays the date around the circumference of the dial, via a centre hand with a crescent moon at its tip.

Refined lugs, the polished finish and the double bezel – one domed and the second delicately fluted – add a touch of distinction – reinforced with another recognised symbol of nobility – swords, or in this case, faceted “sword hands” indicating hours and minutes.

The guilloche dial of the 39mm Cellini Date pays tribute to another timeless codes of classic watchmaking, while reinterpreting them with an elegant modernity. Stylised, stretched applique hour markers draw your eyes along the engine cut lines, punctuated only at the centre radial minute track. An off-centre date pointer guilloche subdial adds attractive asymmetry to the regal timepiece.

These watches evoke the finest examples of contemporary architecture, where grandiose proportions and clean lines are accompanied by a strikingly modern reading of space and light. Inspired by early Rolex watches, the Cellini models are freed of the formal constraints of their heritage, fully assuming their role as refined guardians of time, symbols of luxury steeped in values that reveal an authentic art de vivre.