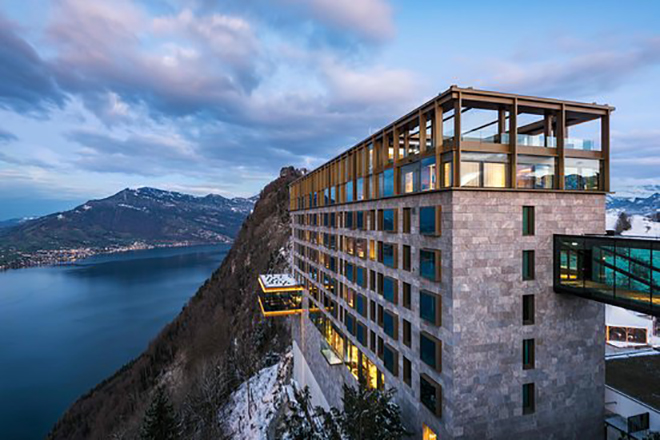 Born in 1846, Villeneuve-Loubet, chef Georges Auguste Escoffier is lionized as the definitive French Master Chef. Achieving international celebrity, with his book ‘Guide Culinaire’, Escoffier pioneered the evolution of French haute cuisine. His signature dishes such as the Homard à l’ameréricaine and Pêche Melba continue to be served globally, till this day. Incorporating a miniature museum, four hotels, and two spas, Bürgenstock Resort has occupied the mountain ridges high above Lake Lucerne since 1894. With the one Michelin starred, RitzCoffier as its flagship restaurant, the resort plays up on its glamorous heritage as a hotspot for Europe and Hollywood’s most elite. 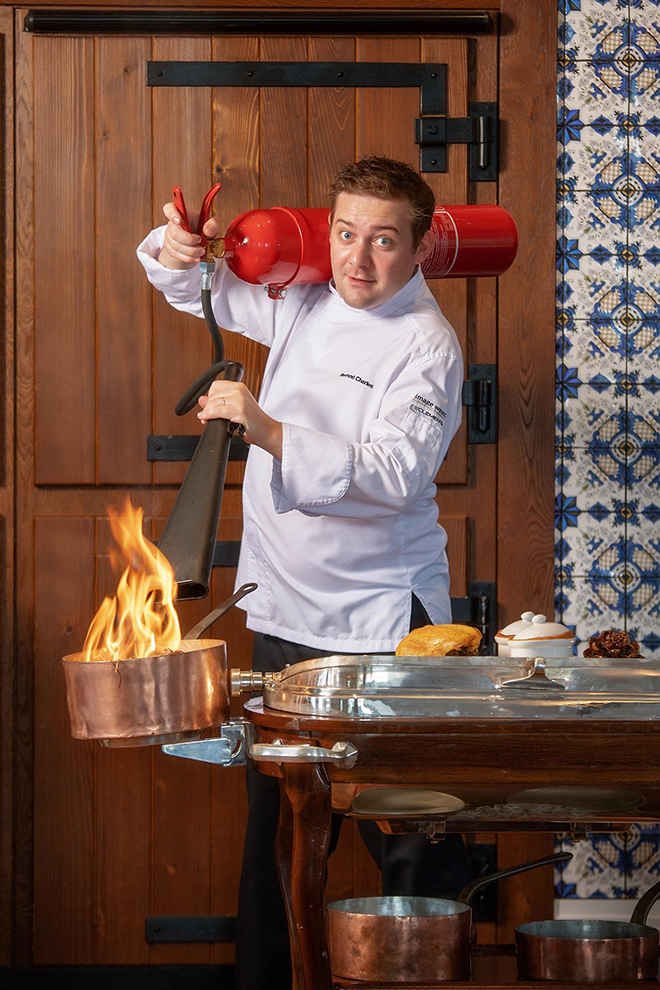 Appointed Head Chef in 2017, the RitzCoffier kitchen currently serves under the direction of chef Bertrand Charles, though it was initially co-founded by chef Escoffier and legendary hotelier César Ritz.

With a design reminiscent of the early 19th century, the RitzCoffier features an original 1873 fireplace, courtesy of the Grand Hotel National, while over 100 classic copper pots passed down through the hands of illustrious chefs since 1873, adorn the walls and ceiling. Advised by the resort’s culinary director, Mike Wehrle, and by consultant chef Marc Harberlin, the RitzCoffier offers both a la carte and full-course menu options – such as the “Ribelmais” Poularde which is smoked in front of guests with Bürgenberg pine cones and hay. 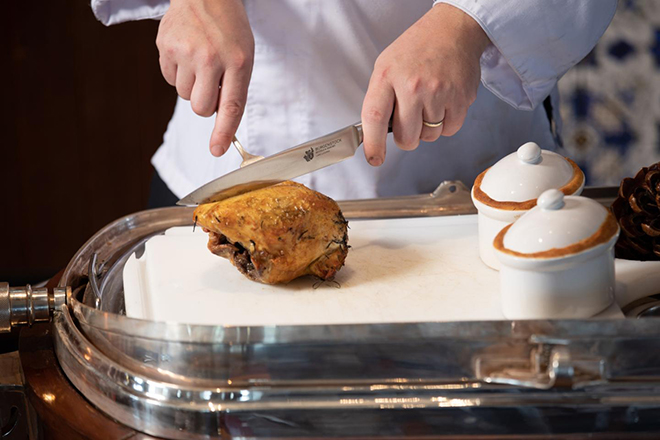 Other treats include a raclette (melted cheese) variation of à la RitzCoffier, known as ‘Sunrise over the Bürgenstockwald’, which incorporate smoked duck with black truffle and La Ratte potatoes, served with fir sprouts, moss and pine cones from the neighboring forests. 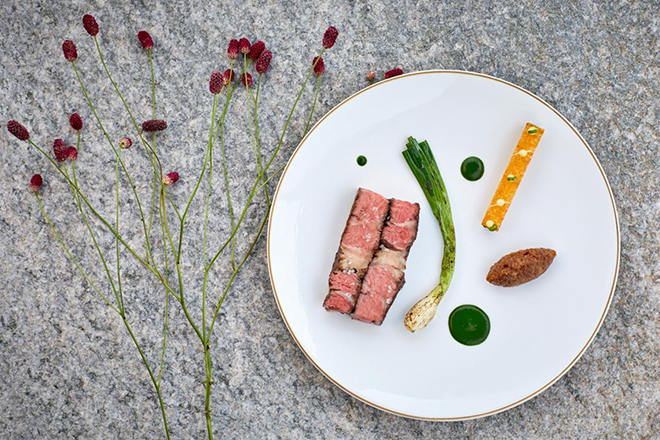 Featuring over 383 rooms and suites, ten bars and restaurants, and a multitude of leisurely activities, the Bürgenstock Resort is based in Zug, Switzerland, while the RitzCoffier is accessible through the Palace Hotel. Opened from Wednesday to Saturday from 6pm to 10pm and on Sunday at 11:30am to 2:30pm, the restaurant abides by a strict ‘smart elegant’ dress code and encourages patrons to make their reservations early.