The ever-stunning facade of Raffles Hotel

In 1899, the main wing (and most recognisable part) of the Raffles Hotel was unveiled to much excitement, thanks to its elegant neo-Renaissance architecture and grand Victorian-style halls – a rare sight in those days. By 1904, a British newspaper had described the Raffles Hotel as the “most magnificent establishment of its kind East of the Suez”.

Last month, the 132-year-old hotel experienced a similar sort of milestone, as it finally re-opened after several years of major restoration works. The much-anticipated relaunch saw the iconic landmark return with a much more polished and contemporary veneer, all without losing its signature touch of old-world elegance. 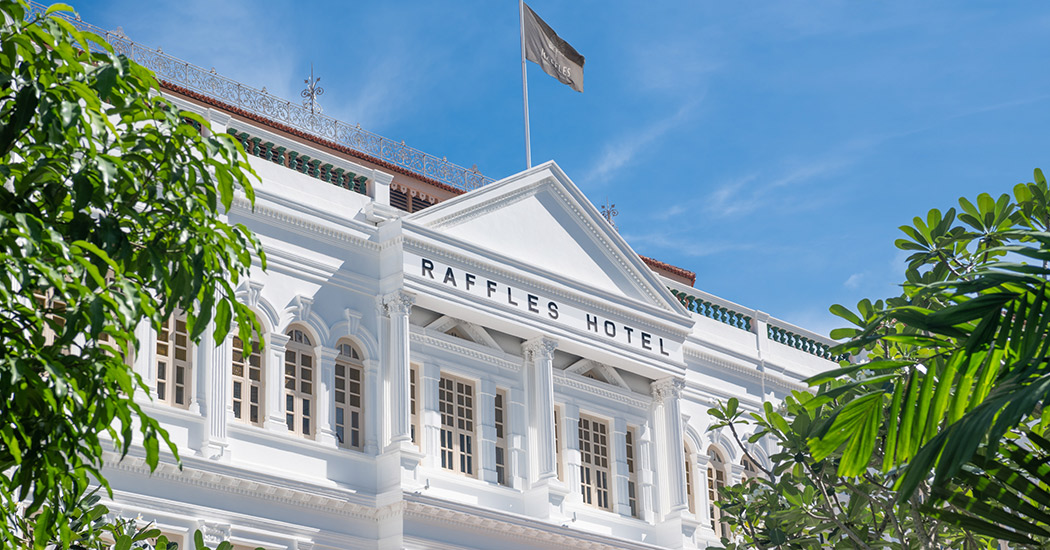 The revamp, led by acclaimed interior designer Alexandra Champalimaud, was based around the idea of creating not only a luxurious and sophisticated living environment, but also “a refreshed social haven that delivers a compelling mix of culture, beauty, and gentility”.

The renovation, which cost the hotel a total of US$____ million, has certainly been money well spent.

There are now 115 rooms in the hotel, up from 103 previously. Putting quantity aside for a second; the finer details of each individual room, as well as the greater hotel-scape – from the bars and dining rooms, to the outdoor grounds – also reflect the hotel’s meticulously-chosen selection of exquisite finishings. 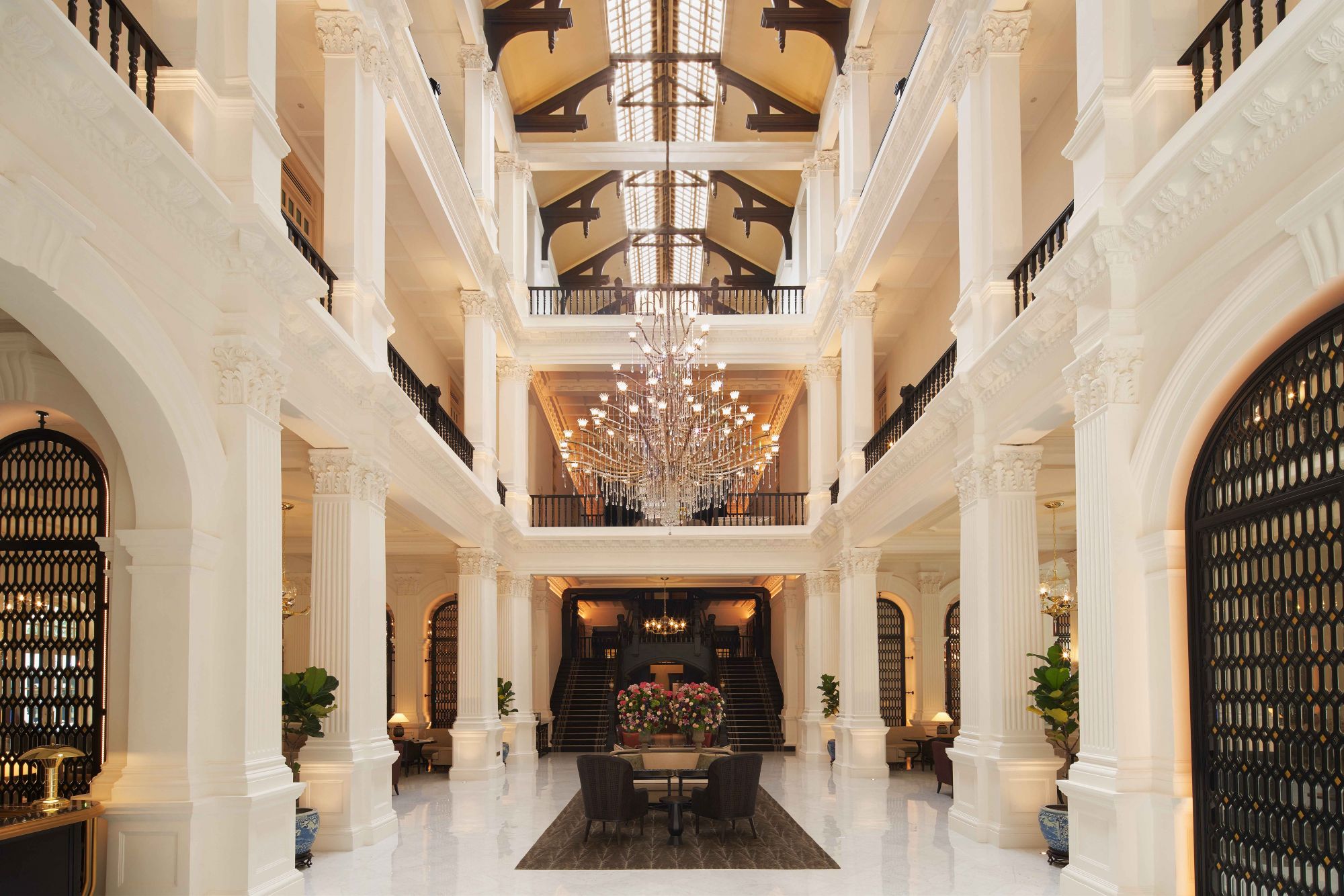 The Grand Lobby at the new Raffles Hotel

Indeed, one of the first things you’ll notice as soon as you enter the updated Grand Lobby is just how, well, modernly grand, yet classically charming the place is. A wide entranceway with the most magnificent of chandeliers hanging from a resplendent ceiling are one of the first things to grab your attention. Friendly and warm hotel staff welcome you into the stately space with some much-needed TLC after a long flight, in the form of genuine smiles and light refreshments. A reverse view of the Grand Lobby

There is something especially dreamy and out-of-this-world about the Grand Lobby. The grandeur of its floor-to-ceiling Victorian pillars and trimmings, bathed in soft daylight streaming through the skylight of the glass-panelled roof, is a truly a sight to behold.

While waiting to check into your rooms, one can enjoy the opulence of the Grand Lobby by hanging out at the adjacent cafe in the Raffles Hotel way – over a cup of classic English tea and scones. 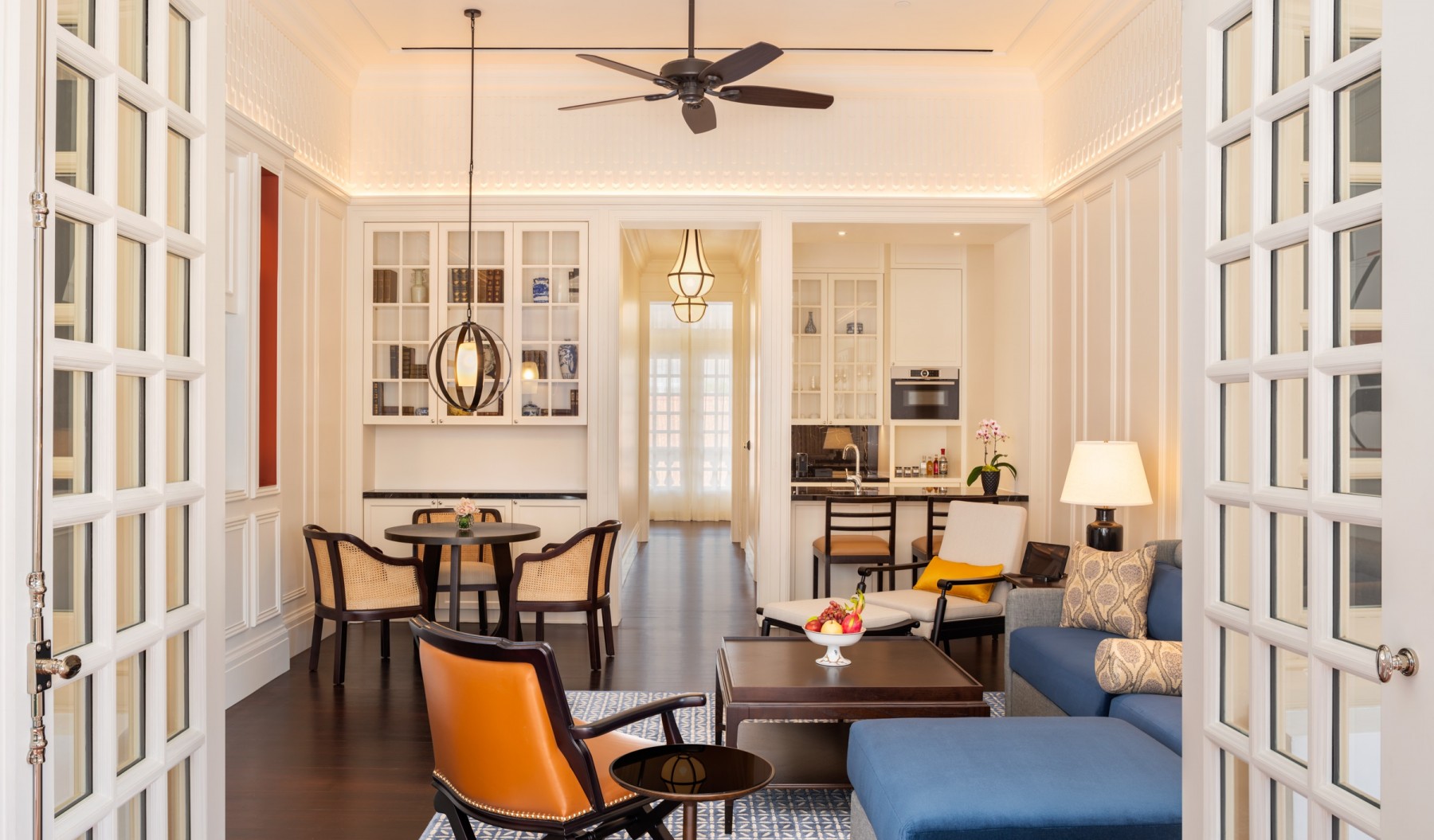 The Residence Suite is a new room category at the updated Raffles Hotel, alongside the Studio Suites and Promenade suites

If you think the Grand Lobby looks and sounds like heaven in a hotel, wait until you see the rooms.

Take the Studio Suites (a new suite category, alongside the bigger Residence Suites and Promenade Suites), for example, where 14-foot ceilings immediately bring forth an incredible sense of openness and space that only the best hotels in the world are capable of creating, from The Plaza in New York City, to The Taj Mahal Place Hotel in Mumbai. 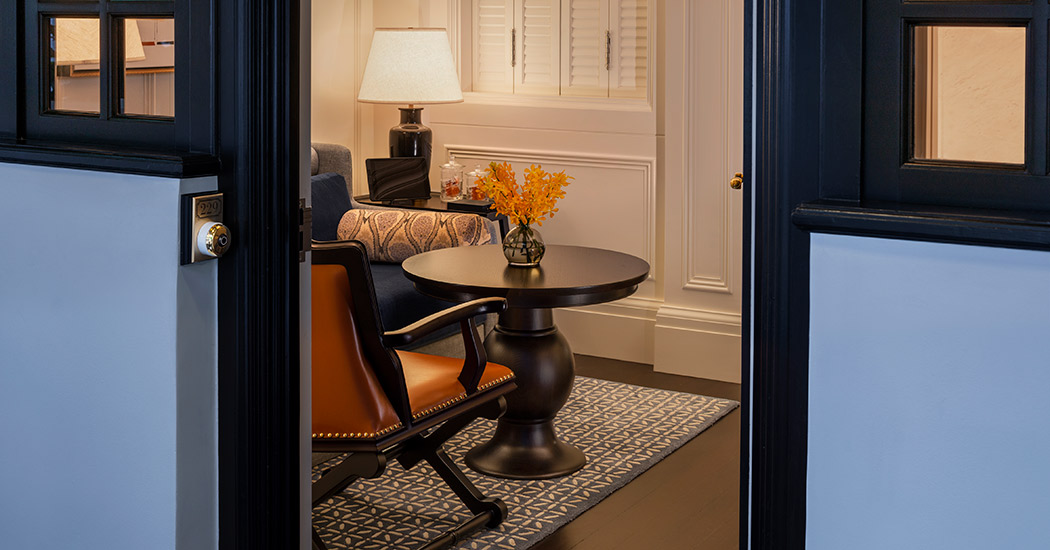 One of the most noticeable things is that the once-overt Victorian-style finishings have given way to a more contemporary look and feel. The same goes for the rest of the suites. Instead of being more colonial in design as pre-restorations, all the rooms are now a beautiful balance of modern elegance and historic beauty.

For a grander experience, guests can opt for the State Room Suites, which are housed in the Bras Basah wing, one of the oldest sections of the hotel. One of the most unique features of the State Rooms are the fact they are equipped with two separate entrances – one leading to the parlour, the other to your spacious bedroom. Available with a king bed or two queen beds, each suite also features a gorgeous verandah that overlooks the Fern Court. 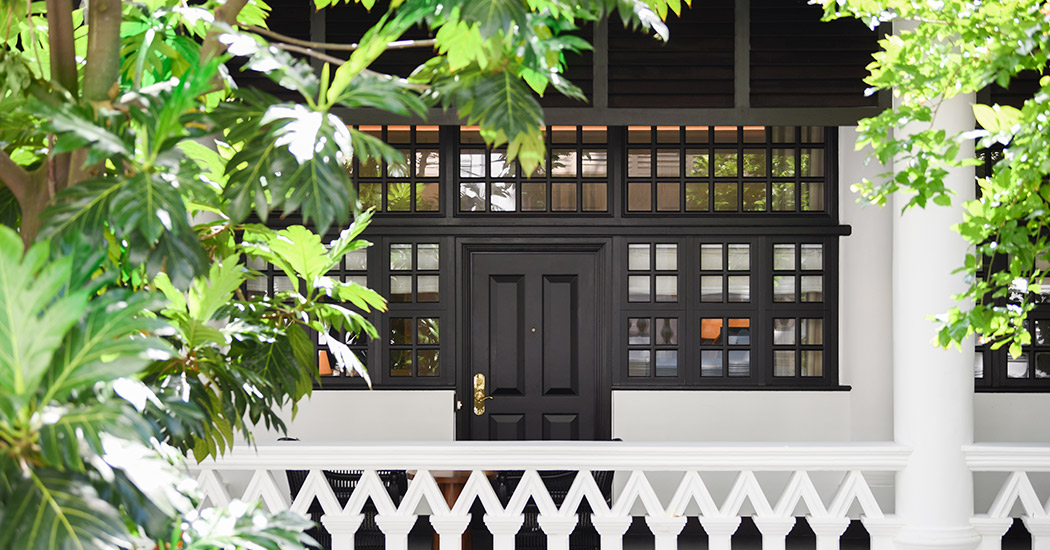 And then there are the Presidential Suites, Raffles Hotel’s largest and most exclusive offerings. These palatial apartments – okay, they’re more like super luxurious holiday bungalows – are easily the best hospitality experiences that Singapore has to offer, that’s if you have US$10,000 to dish out a night.

Of course, being that exclusive, there are only two of these mammoth 2,798-square-foot suites. Named The Sarkies and Sir Stamford Raffles suites, both are located in the main building, overlooking the tranquil Palm Court and the hotel’s legendary porte-cochère. Architecturally stunning, each room comes with its own private verandah, again, a feature now synonymous with Raffles Hotel, but a rarity elsewhere. Have we mentioned that the suites are also extremely spacious? From the living room to the dining room and the bedrooms – every part is so well-spaced out that you wouldn’t even know that space is a rare commodity in Singapore. When it comes to the decor, the word that comes to mind immediately is sophisticated. Each corner has been opulently bedecked with carefully curated antiques and artworks reminiscent of a period gone by.

Another standout and favourite feature of ours? A full-on walk-in wardrobe and your very own personal pantry. Now this is what truly separates Raffles Hotel from the rest of the pack.

Instead of regular, on-demand room service, very suite comes with a 24-hour, round-the-clock butler service. Basically, this means there is a butler assigned to each and every room in the hotel.

Need some shopping picked up? Check. Need to call a taxi? Check. Want an in-house masseuse to get rid of those aches and pains? Check. These butlers have got you all covered. Think of them as your very own helper.

Thoughtful and discreet, these Raffles butlers are legendary for their delivery of the warmest and most graceful service. From in-suite registration upon arrival, to skillfully packing those extra purchases on departure, no task or demand is too big (or small) for a Raffles butler.

Raffles Hotel Singapore has truly evolved from a symbol of the country’s colonial past, into a modern-day hospitality icon.