Pirelli and Picasso, Can we still celebrate the nude in the age of #MeToo? Jean-Léon Gérôme, “Phryne before the Areopagus,” 1861.

Though the hashtag came to prominence, entering cultural lexicon somewhere in 2017, spurred on by actress Alyssa Milano and the “Time’s Up” movement, it appears that #metoo encapsulated the zeitgeist of sexual politics as early as 2015 when the famed Pirelli Calendar abandoned its raison d’etre (a pin up calendar for car mechanics), abandoning its artfully captured skinscapes for Annie Leibovitz’s 2016 interpretation. Similarly, Playboy abandoned its roots that same year before an abrupt u-turn reversed its change in strategy, prompting PR expert Marc Marcuse, of Reel Management, to opine, “Playboy without nudity, even dated in its depiction, is like Christmas without Santa Claus.” Is it still safe to even celebrate artistic nudity? The Pirelli Calendar has been an exclusive staple since 1964

63 years on Kenneth Clark’s prescient and peerless discourse on the subject matter, The Nude (1956), seems oddly prophetic, “Only in countries touching on the Mediterranean has the nude been at home.” – true enough, in most segments of the developed “Western” (read: Anglo-saxon) world, the nude, implications of it, admiration of it and even the process of procuring it, has become a conversation about #MeToo, encompassing gender inequality, places of privilege, imbalances of power and sexploitation. Created by the British art director Derek Forsyth, the Pirelli Calendar or The Cal, was infamous for its exclusivity and limited availability, given as a corporate gift to a restricted number of Pirelli customers and celebrities. Aesthetically speaking, the Cal features mainly women of miscellaneous ages and progressively men, from all ethnicities in a spectrum of naked, half-naked and occasionally, fully clothed. Though only 20,000 copies of the Cal were published every year since 1964 (pausing briefly during the oil shock from 74 to 84), the sensual calendar somehow became erroneously associated as a pin-up calendar for car mechanics – but nevertheless, it was possessed of undeniable sexual undertones, playing up to that perspective. Heck, even fully clothed, the Cal 2008 by Patrick Demarchelier is still inarguably, sexy. 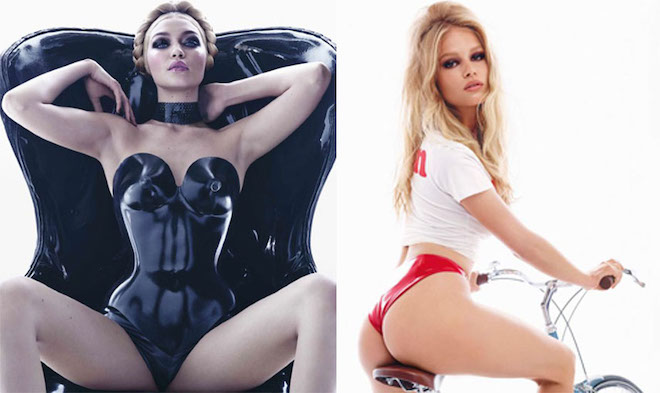 Yet, since its conception the Pirelli Calendar had built its reputation and raison for being unapologetically provocative, titillating yet artful, and often – counter-cultural – The Cal was subversive, contrarian and often (if not always) ahead of its time, nowadays, it just feels like the Cal is yet another victim in this contemporary culture of social signalling.

“Given the current climate around sexual assault and allegations that become more public each day, showcasing this work (Thérèse Dreaming) for the masses without providing any type of clarification, The Met is, perhaps unintentionally, supporting voyeurism and the objectification of children.” Picasso has not been spared either.

On Nov. 30, Mia Merrill petitioned the New York Metropolitan museum to either remove “Thérèse Dreaming” or update the wall text to acknowledge the “disturbing nature of the work”. Thérèse Dreaming so titled for French artist Balthus then 11 year old neighbor, Thérèse Blanchard modelled for 11 Balthus paintings between 1936 and 1939. Dreaming depicts Therese  with her knees spread and her red skirt flipped up to reveal her white panties.

“you pretty much have to remove ALL art from wings of India, Africa, Asia, Oceania, Greece, Rome, Renaissance, Rococo, and Impressionism, German Expressionism, Klimnt, Munch, and all Picasso & Matisse.” – Jerry Saltz, art critic, pioneer of #ArtWorldTaliban 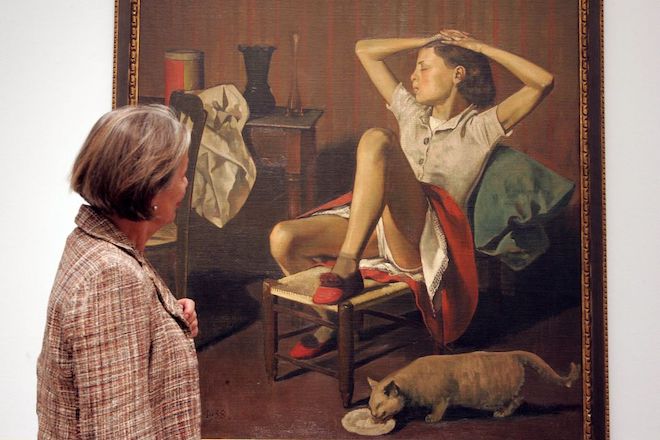 According to HuffPost, Merrill’s petition gathered more than 11,000 signatures over two weeks attracting support in the Woke segment but large criticised and derided by art critics and historians. The petition even attracted the attention of New York magazine art critic Jerry Saltz who took to Instagram to protest, opining, ““you pretty much have to remove ALL art from wings of India, Africa, Asia, Oceania, Greece, Rome, Renaissance, Rococo, and Impressionism, German Expressionism, Klimnt, Munch, and all Picasso & Matisse.”  In the same article, an anonymous art educator fearful of professional repercussions also admitted that she found it “difficult” teach Picasso’s work without acknowledging the gendered power imbalances and misogynistic stereotypes involved.

Saltz wasn’t being hyperbolic. The reality is that since the 16th century, European oil paintings have predominately depicted women unclothed. To 21st century sensibilities, the fact that naked women are the constantly recurring subject of the fully clothed, pre-dominantly male artists turning the commentary into one with a modern analogy – the imbalance of power which positions women as objects of beauty while men are the ones who harness and “tame” it. To the “Woke”, naked portraitures are quickly not about art and expression but a woman’s submission to the creator’s demands. 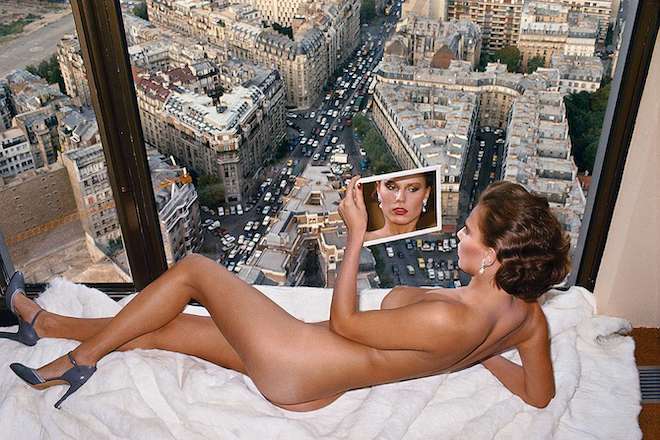 Sensual? Yes. Sexy for sure. Does this titillate? It’s all in the eye of the beholder isn’t it? Helmut Newton, Bergstrom over Paris, 1976, Copyright Helmut Newton Estate.

“He (Picasso) submitted [women] to his animal sexuality, tamed them, bewitched them, ingested them, and crushed them onto his canvas. After he had spent many nights extracting their essence, once they were bled dry, he would dispose of them.” – Marina Picasso

That said, unlike Balthus’ relationship with young Thérèse, Picasso’s relationships with his subjects have been emotionally fraught to say the least. The words of Picasso’s grandaughter were brought to light by Cody Delistraty for the Paris Review, “he (Picasso) submitted [women] to his animal sexuality, tamed them, bewitched them, ingested them, and crushed them onto his canvas. After he had spent many nights extracting their essence, once they were bled dry, he would dispose of them.” 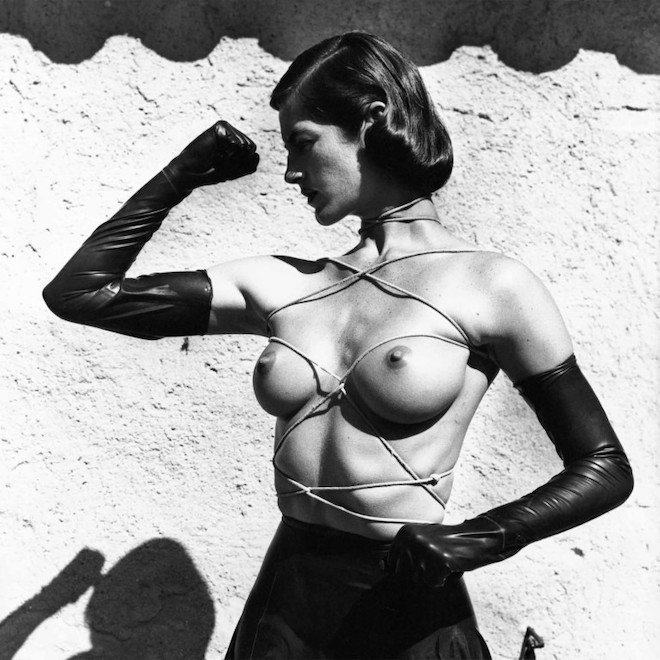 Picasso’s most well known work, 1907’s Les Demoiselles d’Avignon depicts five prostitutes in Avignon Street, Barcelona with signature polygon bodies and portrayed with faces reminiscent of African masks. While not overtly sexual, the body language conveys the intent – arms raised, breasts “presented”, the viewer is “forced” to confront their nakedness. Furthermore, we might not have considered it then but today, the offence is the potential encroachment of agreeable consent and the glaring omission that we know the work’s creator but none of the names of the five women subjects, casting more light on the forementioned educator’s woes – that inherently, a woman sacrifices much more than a man and ultimately quantified, art is a more risky proposition for the woman than the man.

The 2016 Pirelli Calendar was more desexualized than previous issues (even back issues of The Cal featuring fully dressed models conveyed a certain amount of innuendo), choosing to focus on the cultural impact of Amy Schumer and Annie Leboqitz. And since then, the Cal has continued sans T&A with a more artsy, less provocative bent. 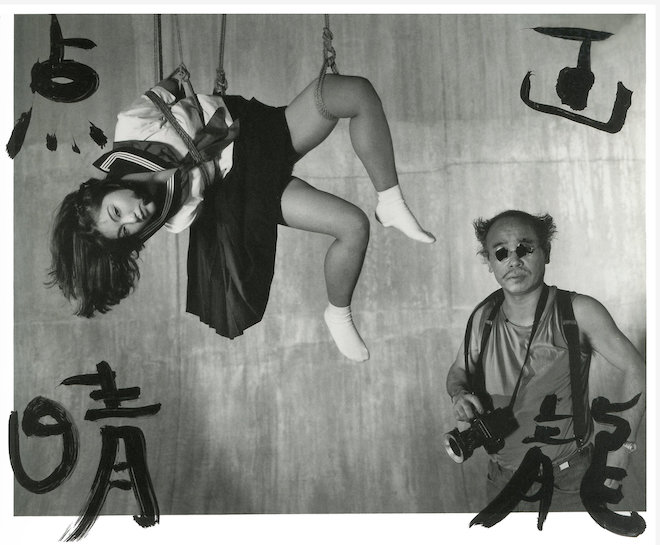 Photographer Nobuyoshi Araki  was hit by his own #MeToo drama 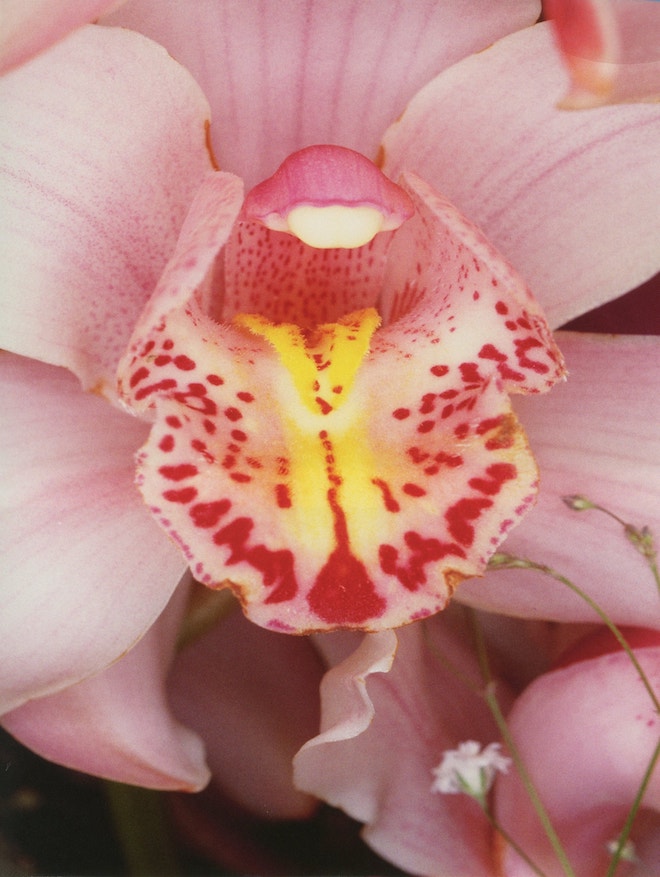 For over 50 years, Nobuyoshi Araki has pushed the limits of free expression – arrested once before for obscenity, Araki’s works have run afoul of Japanese and foreign censors, most notoriously, his “sado-masochistically” tied up women in the baroque rope bondage technique known as kinbaku-bi. Araki is a man so adept in sexual portrayals that lensed by him, even a simple orchid becomes an allegorical vagina.

“He treated me like an object,” wrote Kaori in her blog

In an interview with New York Times in Tokyo, Kaori stopped working with Araki two years ago  after she felt empowered by the growing #MeToo global movement to speak out against sexual harassment and assault. That said, she stops short of accusing the controversial artist of sexual assault, instead claiming that she “felt emotionally bullied by an artist who never acknowledged her as a creative partner”. (that sounds like an echo of Picasso’s 5 sex workers would you agree?) In Japan’s staunchly patriarchal culture, women are often subservient to men, hence the disparity in gender equality tends to propagate similarly imbalanced outcomes. Elsewhere in the world, ceteris paribus, all things being equal, the conversation in more gender egalitarian societies are starting to tilt into areas of socio-sexual-politics that are far harder to define. 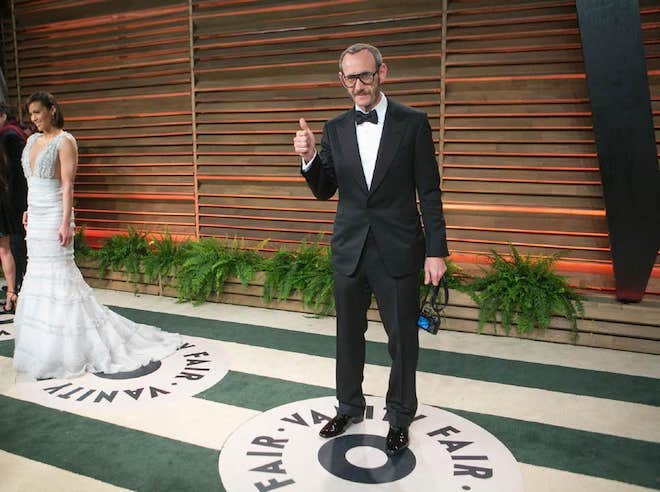 Not every case is clear-cut like Bill Cosby’s, adored “fatherly” figure and veteran actor “mentoring” impressionable young actresses or even to an extent, like Terry Richardson’s, while not yet found guilty for sexual assault and harassment allegations, the convergence of evidence led publisher Conde Nast to quietly sever ties with him.

To the eyes of a social justice warrior, the modern claim today alleges that paintings like Titian’s Venus of Urbino, were created to “serve the desires of men”. To the art history student, Venus of Urbino Titian appears to refer to the importance of the erotic dimension within marriage, evidenced  by a maid appearing to put away the girl’s bridal raiments in a chest, the subject herself is holding roses in her right hand (typical symbology for the goddess of love) – contextualised, Venus of Urbino Titian is more a reminder about the importance of sexual relations even in marriage rather than tawdry. With works like these, it is not entirely certain if the intent of the painters and creators was to denigrate or objectify women. Case in point: Compare photo-spreads between Hustler and Playboy – they both depict nudity but only the former would portray their models with fingers parting their nether regions. Sadly, rather than argue or even discuss the point, traditionally the role of art and the artist to make commentary on important socio-political and socio-cultural of the day, some artists would rather avoid the genre altogether than attract potential controversy.

At its core, a male artist would never truly know how his female subject views themselves and can only express objective reality either on canvas or photo-print, however, it is a male-centric perspective because he is not a female. The artist is still creating artworks from the viewpoint of the male gaze. 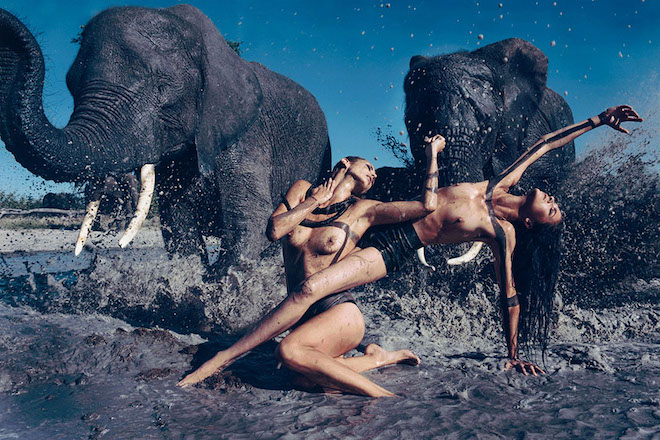 It would brook no argument that the way a nude woman is posed, photographed or portrayed can invite sexual thoughts that might encourage certain men of thinking or behaving a certain way that potentially violates a woman. It would also make invite no counter argument that a a male artist photographing or painting a naked woman will always invite questions of his own inner intent versus a female artist executing a similar work; there’s certainly a difference, a male-centric expression carrying inherently higher risk but at the end of the day, the artist can create whatever they want, and people will interpret it however they want.

MeToo was originally intended to reframe and expand the conversation on sexual power and sexual politics but in trying to determine the artist’s intent as well as the potentiality for how the viewer perceives it, the MeToo movement might be attempting to litigate a phenomenon that even our legal system finds itself incapable to adjudicate (who can read the hearts and minds of men but God?). All that’s left is the court of public opinion and there, #MeToo is winning, even without the burden and substance of evidence.

How’s that working out? You would have to ask Johnny Depp.