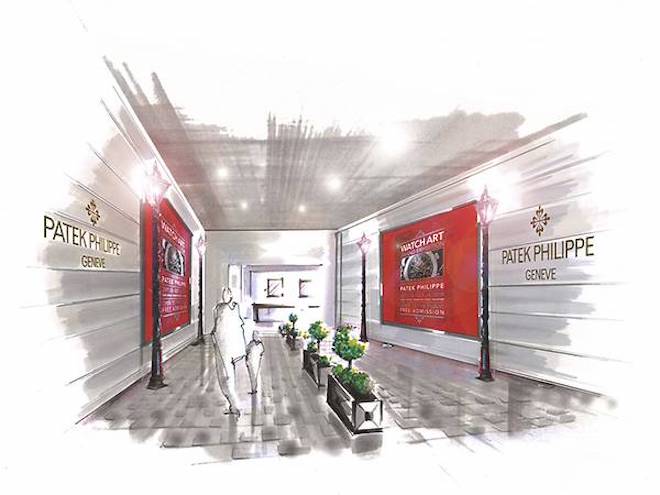 As heir to Geneva’s great watchmaking traditions, Patek Philippe continues to perpetuate all the skills necessary for the creation of exquisite, meticulously detailed timepieces, from its resplendent countenance right down to its beating mechanical heart. Every year, the manufacture presents a range of creations produced as one of a kind or as limited editions, reflecting extremely diverse sources of inspiration. With pieces comprising wristwatches, pocket watches and dome table clocks, the Patek Philippe contemporary collection shines the spotlight on a wide variety of rare decorative handcrafts.

For Singapore’s 50th year of independence, Patek Philippe celebrated the SG50 festivities with three unique hand-enamelled dome clocks, at least two of them will be available for viewing once again at the Watch Art Grand Exhibition at the Marina Bay Sands Theatre running from the 28th of September till the 13th of October. 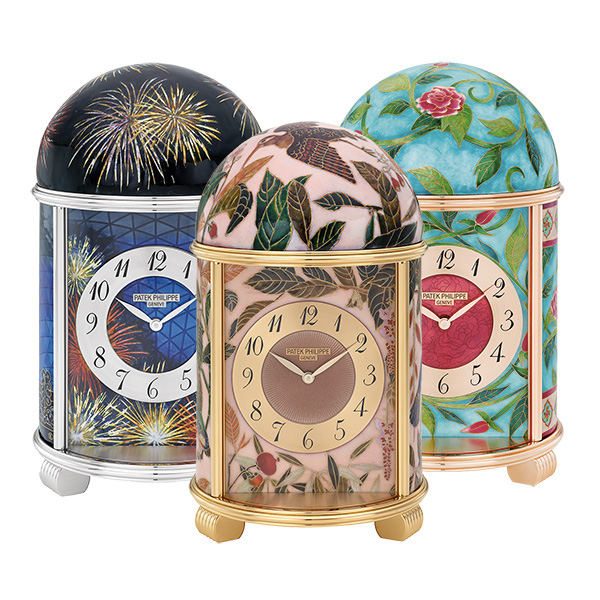 Having kicked off their first Grand Exhibition in 2012, the Patek Philippe Watch Art Grand Exhibition has become one of the most anticipated events on the horological calendar calendar. Taking place during Singapore’s Bicentennial anniversary, the Grand Exhibition also commemorates a particularly deep 54 year relationship with the nation state.

Anthony Lim, founder of Cortina Watches, has had a 63 year friendship beginning with Philippe Stern and then later son Henri, and today, a familial bond between scions of both families – Thierry Stern and Jeremy Lim. Needless to say, Cortina and Patek Philippe’s role in building an appreciation for fine mechanical watchmaking among the growing Singaporean watch cognoscenti cannot be understated. 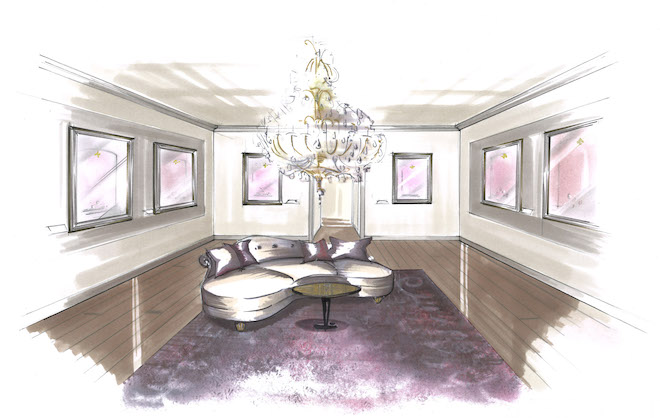 This year, Singaporean collectors too are honoured with a special “Singapore Room” within Patek Philippe’s Watch Art Grand Exhibition at Marina Bay Sands. Honorary President of Patek Philippe, Philippe Stern, had travelled to Singapore over 50 years ago to develop the company’s sales network. Hence, the Grand Exhibition, the biggest of the series, marks yet another milestone considering that Patek Philippe began in Singapore with just two multi-brand boutiques. Today, Patek Philippe Southeast Asian presence and prominence is communicated through retail channels rivalling even the famed Salon in Geneva, most of them managed by the original partners from Singapore’s early history.

A paragon of civility and courtesy, the brand would never publicly comment as to why they have chosen Singapore to play host but it can be inferred, from Singapore’s ranking as world’s 7th most important watch market in total import figures (unadjusted by per capita), Singapore is definitely an essential hub for Patek Philippe in the region. Plus, its undeniable values give the Swiss brand a uniquely “Asian” flavour – the importance of family – as demonstrated both by the relationships with Patek Philippe’s local partners and the unforgettable brand slogan – “You never really own a Patek Philippe, you merely look after it for the next generation.” 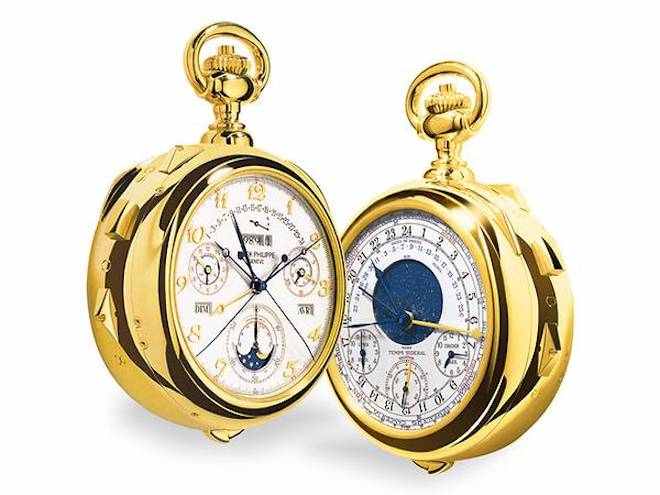 Just four years ago, Patek Philippe had presented Singapore with three exceptional creations that capturing the journey and spirit of its 50th year of independence. Taking the centrestage at the Watch Art Grand Exhibition’s Singapore Room are these three forementioned exquisite dome table clocks which demonstrate the majesty of traditional Genevan artisanal craftsmanship through the Garden City’s three foundational stories – Singapore’s past and present, its flora and fauna and of course, its rich heritage and iconic skyline. Auctioned for charity preserving the arts and culture in Singapore, Cortina Watch’s Anthony Lim was winner of one of the trio – the 1677M “The Esplande – Singapore” Dome table clock. 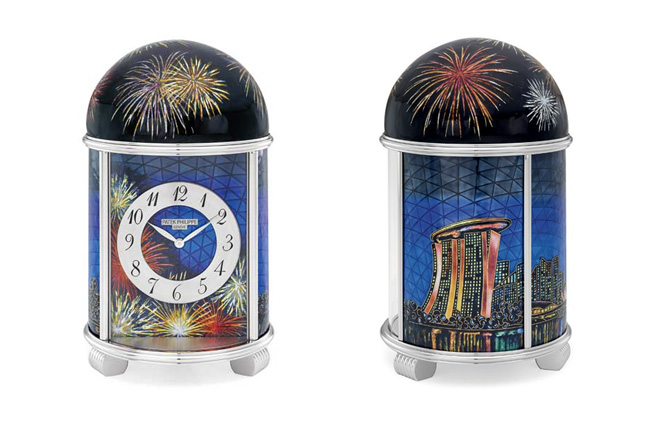 Featuring hand-guilloched under cloisonné enamel with silver leaf,  the unique “The Esplande – Singapore” Dome table clock expressed a panorama of Singapore’s modern skyline showcasing the iconic tableau of Marina Bay and its dominant Sands Integrated Resort architecture and the bio-domes of the Gardens by the Bay. The signature architecture’s geometric patterns are represented in delicately handguilloched silver panels that form the dial and the body of the clock.

Manifesting the skyline and its towers required 6.25 meters of 0.2 mm thin gold wire and over 20 enamel “colours” – some of them were merely transparent or translucent iridescent tints to mimic and play up the “mirrored” reflections of the steel and glass construct beneath the flowering glow of fireworks, further accented by silver leaf beneath enamel. Most beautifully, the sparkle of water and city lights are gorgeously rendered in the waterfront as well. Each enamelled work requiring at least 8 to 12 high temperature firings ranging from 810°C to 920°C. 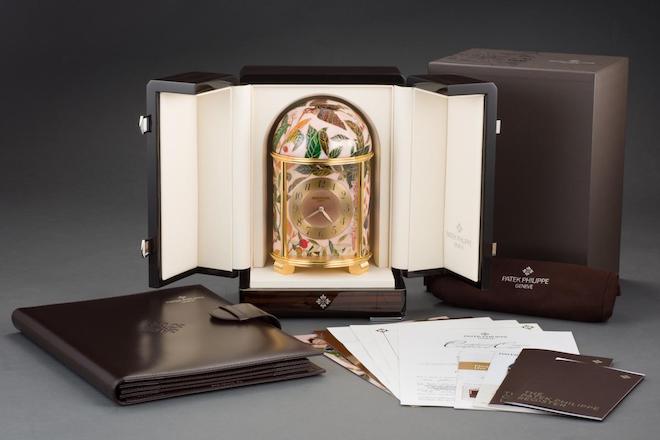 Singapore’s Garden City moniker is both the result of founding Prime Minister Lee Kuan Yew’s penchant for green-spaces within the highly built up city-state as well as its historical linkage to one of Sir Raffles Stamford’s ablest lieutenants, William Farquhar.

Inspired by the celebrated “William Farquhar Collection of Natural History Drawings”, the unique Dome table clock in cloisonné enamel is dubbed the “Farquhar Collection” for its creative muse – Farquhar’s personal renderings of 477 watercolours depicting plants and animals of Malacca and Singapore.

A keen naturalist, Farquhar is the reason why Singaporean anthropologists and botanists have a historical record of Singapore’s natural flora and fauna pre-dating photography. Farquhar’s works continue to be an important record of natural evolution at the tip of the Malay Peninsula and most importantly, they weren’t mere amateur renderings. The Farquhar collection is recognised for its scientific precision, the beauty and detail all accurately rendered by Patek Philippe’s artisan enamellers through the use of transparent, opaque and opalescent enamels in 78 colours. The outlines of the Singapore’s bio-diversity required 32.55 meters of 0.2mm gold wire, filled with enamel and then fired to temperatures of about 930°C.

The inter-marriage of Eurasian, Chinese and Malay cultures led to the Straits-born Chinese descended from the first immigrants who settled in the Malay Peninsula. The Baba-Nonya are a great transracial diaspora of Peranakan Tionghoa/Cina (Chinese descendants), Jawi Peranakan (Arab descendants), or Peranakan Belanda (Dutch descendants), on which Singapore builds its rich cultural history.

Naturally, the Ref. 1665M “Peranakan Culture” – Dome Table Clock in cloisonné enamel became the first amongst the three dome clocks to be publicly previewed at Baselworld 2015. The clock draws on traditional Peranakan motifs like mosaics and windows, and replicates these roses and geometric figures, using more than 28 meters of thin gold wire and then filling the cells with  transparent, opaque and opalescent enamels in 14 colours fired to 890°C.

You can catch many amazing demonstrations of fine watch art at Patek Philippe’s Grand Exhibition but the cloisonné enamelling used to create these expressive timekeeping tapestries are among the highest of ancient art forms requiring a unique blend of technical precision and an ephemeral artistic touch.

Patek Philippe Watch Art Grand Exhibition at the Marina Bay Sands Theatre will run from the 28th of September until the 13th of October. From 10 AM to 10 PM