Patek Philippe and Cortina Watch have a Relationship that Transcends Business 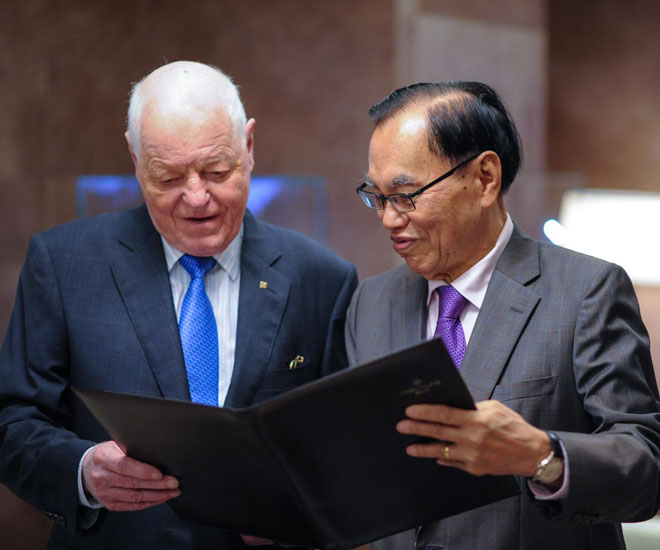 They say the best friendships are ones forged in the fires of adversity. It is also a common adage that in hard times, family are the ones who stand by you. So what does it say when the patriarchs of Patek Philippe and Cortina have had a relationship since 1956? It is a legacy which time and fate itself has ordained.

“It was 63 years ago since I first met with Mr Henri Stern and Mr Philippe Stern. Two families, three generations of friendship, it is a bond that we truly cherish.” – Founder of Cortina Watch, Mr. Anthony Lim 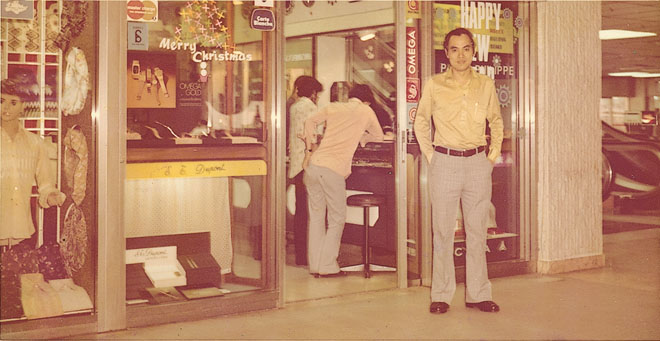 In order to understand the depths of this relationship, it’s crucial to grasp just how far back the fates of both families are intertwined. Brothers Charles and Jean Stern had come to Geneva to establish Fabrique de Cadrans Stern Fréres, a dial factory which enjoyed a close business relationship with Patek Philippe for many years. The brothers eventually invested in Patek Philippe in 1932. Henri Stern, the son of Charles, would assist his father, travelling extensively to extend the brand.

Cortina Watch founder Mr. Anthony Lim first met Henri and later, Mr. Philippe Stern 63 years ago when he was just a humble watch salesman and despite the cultural differences, theirs was a friendship which transcended such perfunctory boundaries. More importantly, their bonds of friendship would be further strengthened in the crucible of one of the industry’s most devastating eras – 1969’s Quartz Crisis. 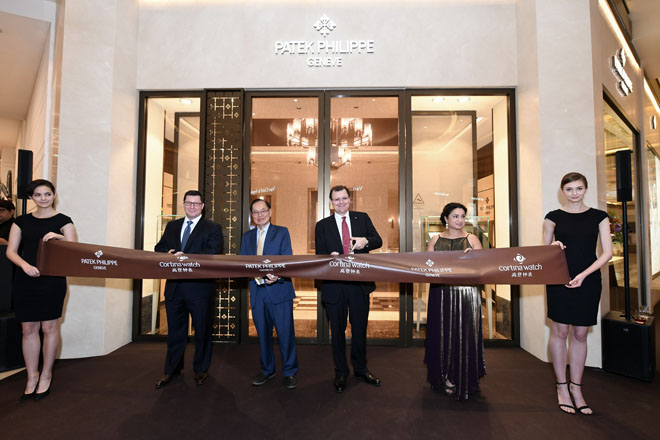 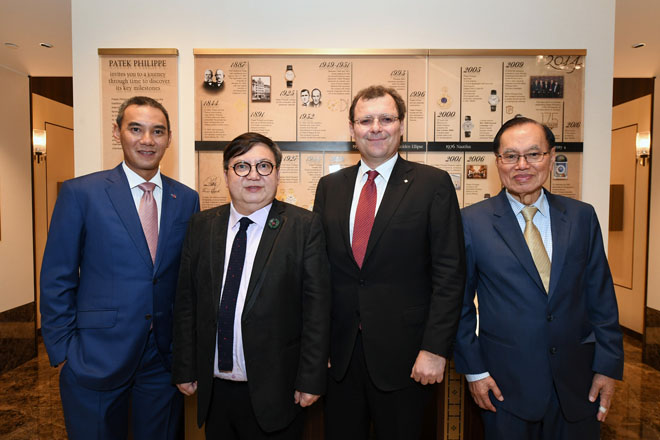 When Cortina Watch was first established in 1972 during the industry’s most disruptive period, the two family-owned companies were still trying to figure how to navigate the crisis which had been disrupting the entire Swiss watch industry. While some brands pivoted to quartz watches, Mr. Stern kept his course, deepening his investment and production of mechanical calibres, keeping fidelity to the art of fine watchmaking and paving the way for beloved complications like exquisite mechanical calibres like the Calibre 89. Meanwhile, away in the Far East, Mr. Anthony Lim too had doubled down on heritage Swiss watchmaking, deepening his company’s partnership with brands which placed emphasis on mechanical calibres becoming one of Singapore’s strongest retailers today.

Mixing business with the close bonds of familial friendship, Cortina Watch became the first Official Dealer for Patek Philippe in 1978, beginning with its first boutique along Colombo Court. With brands exploring alternative strategies to mixed results, Anthony Lim and Philippe Stern’s close relationship allowed both respective company heads and heads of family to hold steady, and keep faith in not just a future for fine Swiss watchmaking but in each other. 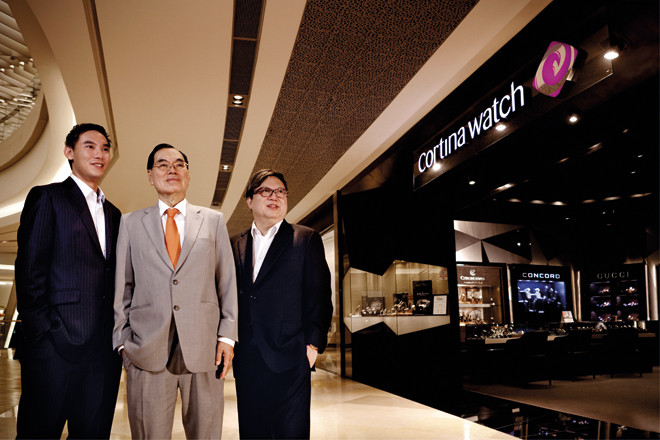 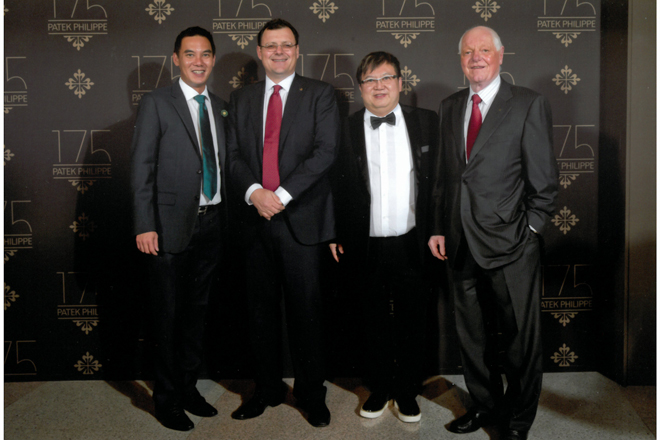 It was this resolve which saw Cortina Watch through the halcyon years of the 1980s, a time of economic disruption and market correction. Though growing costs of business had placed increased rental pressure on many watch retailers, it was a period of strategic growth for the family. Mr. Raymond Lim, the eldest son, was instrumental in pioneering the shop-in-shop concept in Singapore’s up and coming new malls like Paragon, Raffles City and Millenia Walk. The success of these boutiques would eventually lay the groundwork for stand- alone Patek Philippe boutiques in the little red dot.

“The strong foundation between the families allows us to have unreserved communications and also give us the ability to set longer term strategies together that would transcend through generations.” – Deputy CEO of Cortina Watch, Mr. Raymond Lim 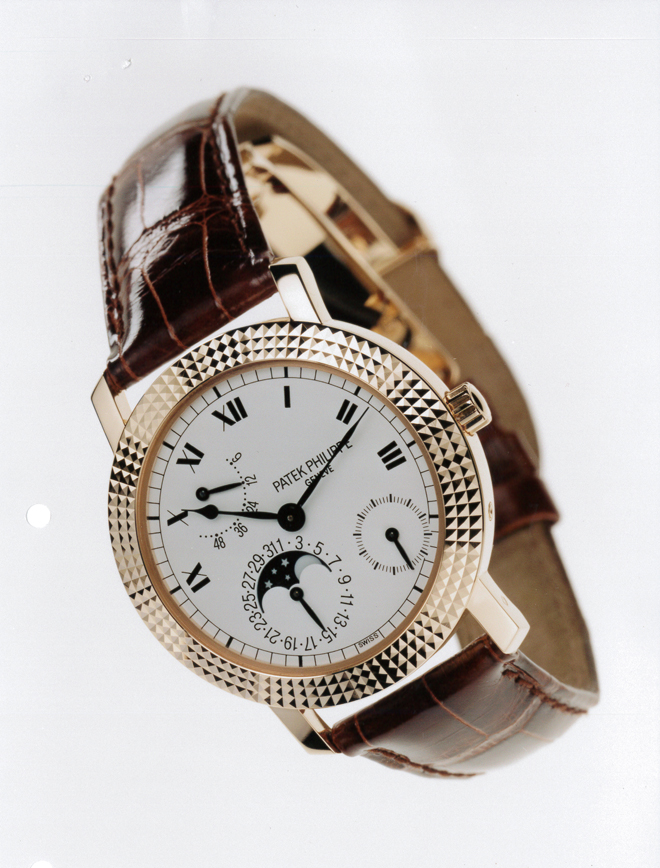 Just like how the Calatrava collection became the seed for one of the brand’s biggest collection, seeds sown by Cortina Watch in the 20th century, began to bear fruit in the 21st. Both Thierry and Jeremy share simpatico world views that when the younger Mr. Lim mooted the idea to open a Patek Philippe boutique at the Shoppes at Marina Bay Sands in 2008, there was a foundation of trust and faith during that dark period from 2007 to 2008, which economists refer as the global financial crisis, the worst since the Great Depression. Here, just as it was for their fathers during the gloomiest depths of the Quartz Crisis, the two family heirs have bred a brotherly bond and lifelong friendship stronger, more resilient than mere economic conditions.

While both Thierry and Jeremy were obviously too young to recall the early relationships of their respective fathers, it is clear that the generational heirloom here is not a watch but the gift of strong family values and resolute personal convictions. This relationship allowed Cortina continued to expand Patek Philippe’s foothold in Southeast Asia: running six boutiques – two in Singapore, another in Hong Kong, one in Taipei, and another in Kuala Lumpur; and when opportunity availed itself in 2016, facilitated the expansion of Patek Philippe’s ION Orchard presence by almost four times the original size, making it largest Patek Philippe boutique in Southeast Asia. 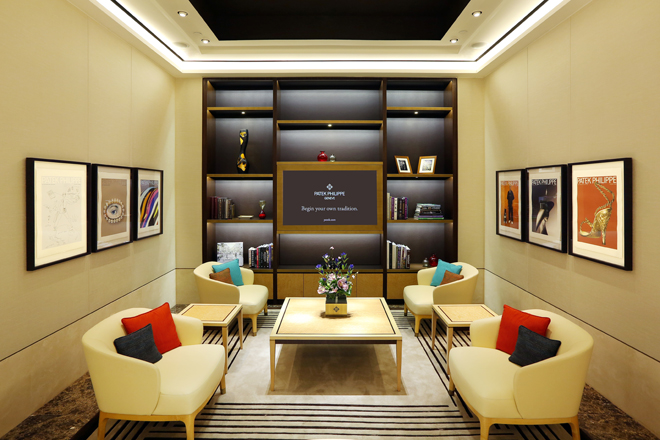 With its private rooms and VIP lounges, Cortina’s ION Orchard Patek Philippe boutique can easily be considered Singapore’s answer to the famed Geneva salon. Few are aware of this, but the brand’s boutiques exhibit a rotating showcase of mechanical curios; among them was one of three Dome Clocks made specially for Singapore’s SG50 National Day celebrations in 2015. A timekeeping marvel with Singapore’s iconic twilight skyline which the elder Mr. Lim had won in an auction. That year, it took a place of honour in the ION Orchard flagship, eventually making its way to Marina Bay Sands. This year, it will make its ultimate debut at Asia’s largest ever, Patek Philippe Grand Watch Art Exhibition.

“We wanted to create an experiential space which allow our customers to discover the exceptional craftsmanship and heritage of Patek Philippe. We approached ION Orchard with our vision and when the space was available, it was an easy decision to take it on. ” – Chief Operating Officer of Cortina Watch, Mr. Jeremy Lim 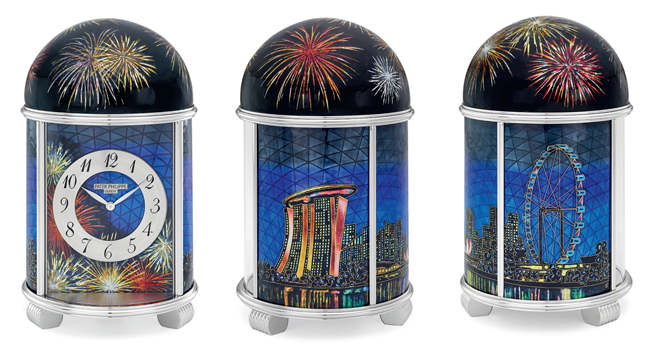 It should be no surprise that both families have gone from generation to generation, strength to strength, weathering storm after storm; After all, shared brand and family values make potent elements for an enduring relationship. Special bonds encourage special tribute editions; in 1997, Mr. Philippe Stern proposed the idea for a Ref. 5057 as an anniversary piece in celebration of Cortina Watch’s 25th Jubilee. Produced in a limited edition of 100 pieces, the Patek Philippe Cortina Jubilee 5057R 18K Rose Gold Limited Edition Automatic was not just acknowledgement of one of the most prominent watch retailers in the country but also recognition between two dignified gentlemen who had seen their fortunes rise in concert with each other. 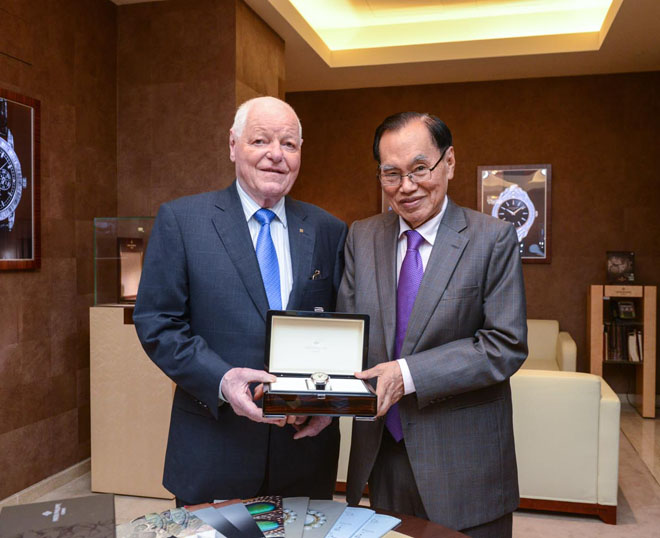 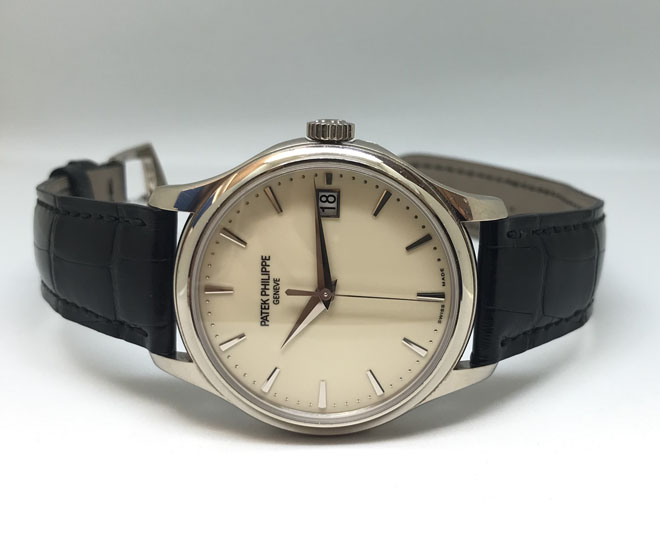 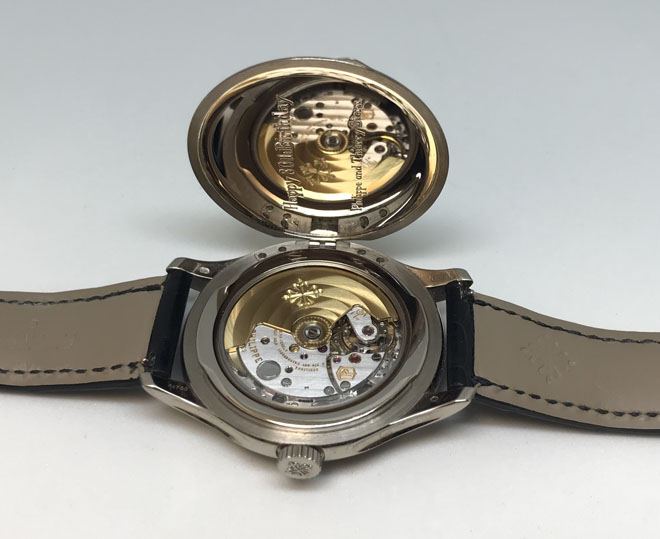 2019 celebrates the bicentennial of Singapore’s founding. The land itself, having grown from 578 to 719 sq km finds poetic symmetry in Patek Philippe’s own Singapore story, having shared a space in Cortina’s own humble 400 sq ft Colombo boutique to its own mega flagship at ION Orchard. From father to son, the treasures ultimately lay not so much in the “breathing” escapements of the mechanical timepieces birthed from Plan- les-Ouates, instead, it’s a legacy beyond brass and steel, transcending business relationships, grounded in the beating hearts of kinship, from one generation to the next.