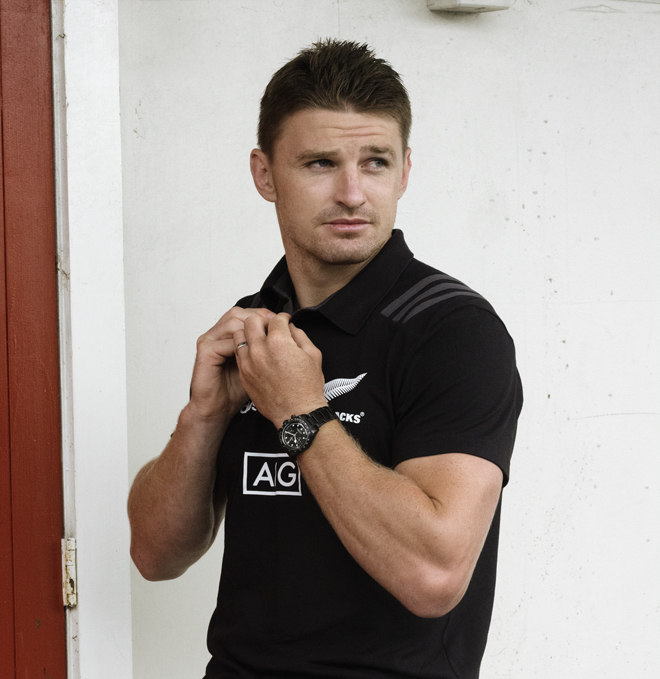 Beauden Barrett. In 2016 and 2017 consecutively, Barrett was elected by popular vote as the world’s best rugby player.

Celebrating the Rugby World Cup 2019 and its nascent partnership with New Zealand’s national rugby team – the All Blacks, Tudor has launched a dark or black version of its Black Bay chronograph in a limited edition production run honouring each and every member of the New Zealand All Blacks since its creation in 1903.

In essence, there will be the same number of Tudor Black Bay Chrono Dark watches as there have been All Blacks players since the team’s creation. That said, an additional run will be added each time a new player joins the rugby team, so in a sense, Tudor’s new chronograph is limited by “player selection” rather than a strict limited quantity. 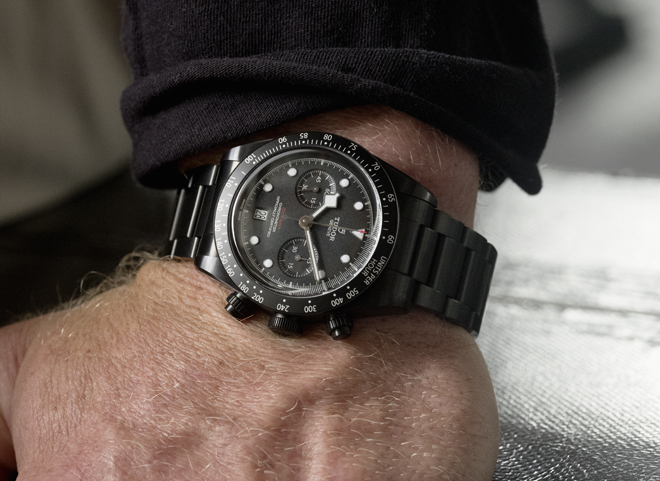 Player-ambassadors have been a core strategy for Tudor on and off pitch (Beckham has retired from professional football), over the last two years and Tudor has had the entire New Zealand All Blacks rugby players serve as brand ambassadors. This 2019, the new Tudor Black Bay Chrono Dark is headlined by the team’s star player, Beauden Barrett. In 2016 and 2017 consecutively, Barrett was elected by popular vote as the world’s best rugby player. 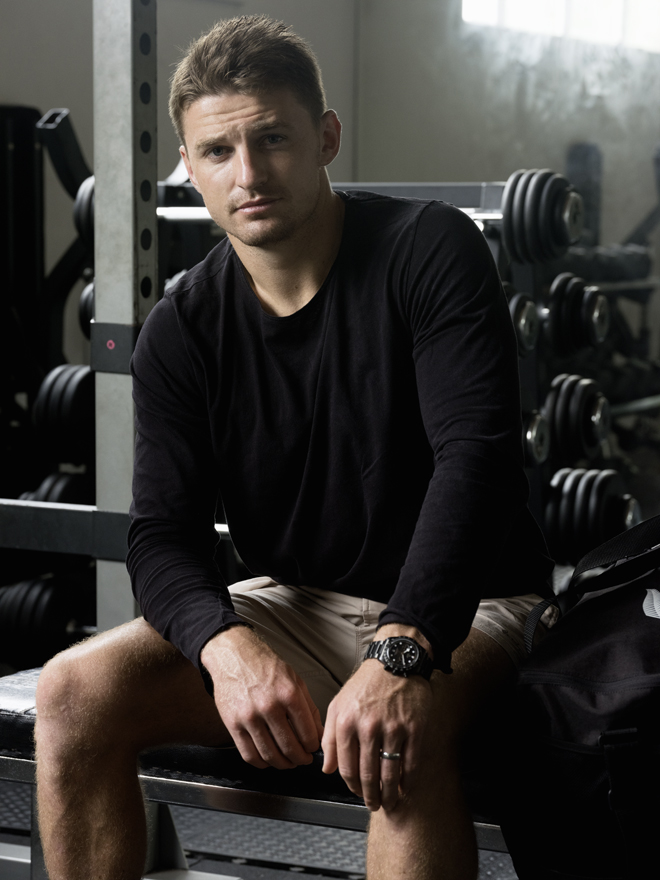 From its founding in 1903 to the current World Cup, the New Zealand All Blacks have had a total of 1181 players and so therefore, the Black Bay Chrono Dark will technically be in a “limited” run of 1181 pieces, adjusted according to the final composition of the RWC 2019 team and as new players join the All Blacks over the years, a new edition will be added to the production run. 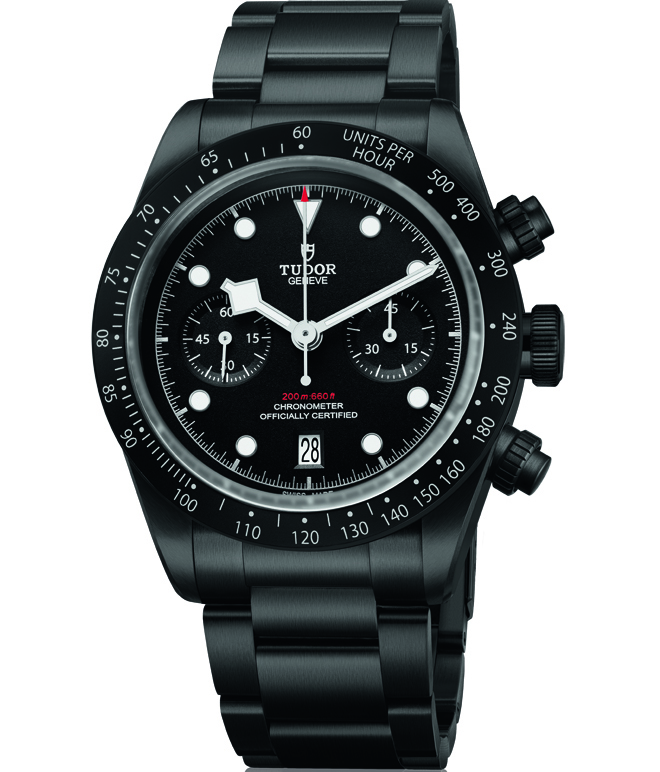 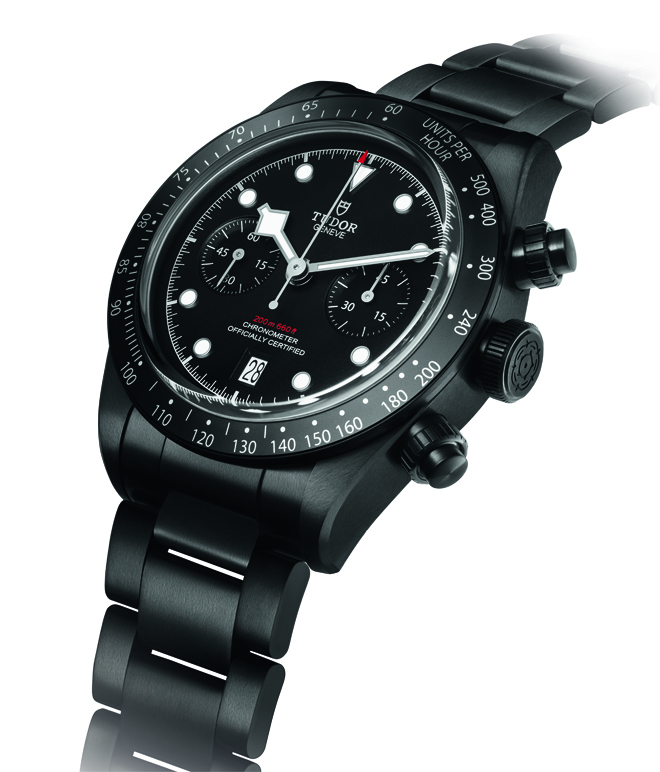 The 41mm Tudor Black Bay Chronograph is similarly specced to this year’s Baselworld novelty save for heretofore unseen satin-brushed Physical Vapor Deposition (PVD) treatment (derived from the thin-film technology originally developed by NASA for its various space programmes) in black matte finish for the case, caseback and link bracelet; previous editions have always been rendered in satin-brushed steel without the dark coating.

The manufacture calibre MT5813 that drives the Black Bay Chrono Dark is the one we’ve seen seen the Black Bay Chrono in stainless steel debuted in 2018, it also powers the model that the referees wear throughout the games. Based on a jointly developed chronograph calibre with Breitling, the MT5813 is equipped with a column wheel, vertical clutch mechanism and Tudor’s own regulator and in-house finishing. The movement is  a COSC-certified. 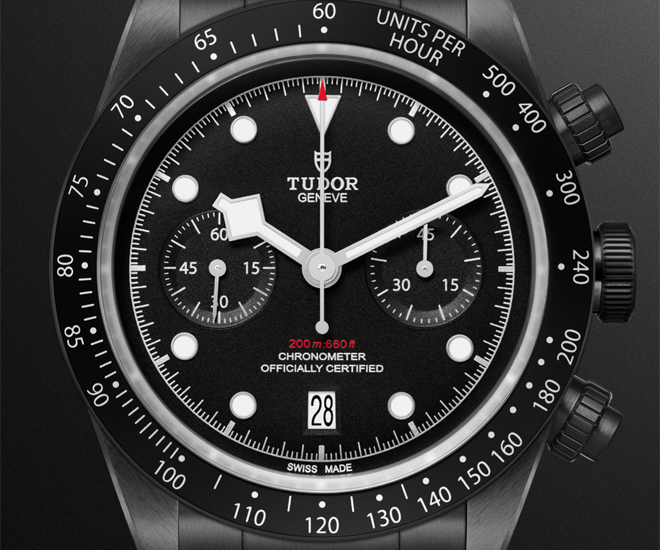 Tudor has been supporting the New Zealand rugby team since 2017, reinforced by the presence of a special engraving on the case back indicating the serial number of each timepiece.