Move Aside Luxury Yachts and Boat Parties, Floating Bars are the New Craze

You’ve most likely visited Bangkok’s floating markets, but have you heard of the city’s newest attraction – bars suspended on water?

Lebua at State Tower, one of Bangkok’s most iconic landmarks and popular hotels, is launching a new leisure and entertainment concept – a floating club – at the end of this year on the Chao Praya River. 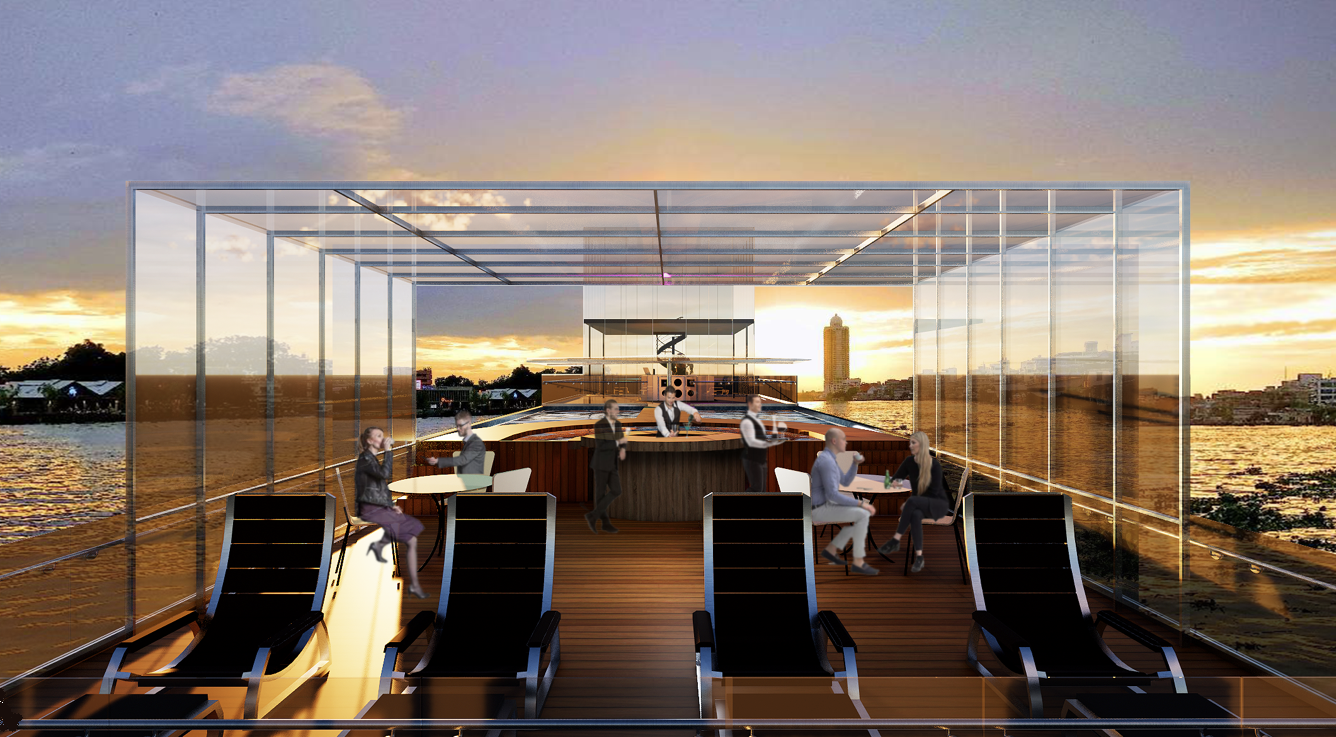 Artist impression of the upcoming floating bar by Lebua Hotels & Resorts, set to open on the Chao Phraya River in Bangkok at the end of 2019

“This will give them something unique to do, to have fun, and see more of the city as they cruise up and down the river.” – Lebua Hotels & Resorts’ CEO Deepak Ohri

The buoyant club, fashioned after stylish yacht parties in the Mediterranean and beach clubs, will be split into two barges – one will be a luxury day club, and the other a contemporary party space that can also be used for events and such.

Party-goers can expect to have access to these amenities, at various price points: private cabanas, sun chairs, day beds, lounge sofas, indoor and outdoor pools, dining, bottle service, and even comfortable seating in a glass-enclosed, air-conditioned observatory providing full views of the river without having to break a sweat in the heat. 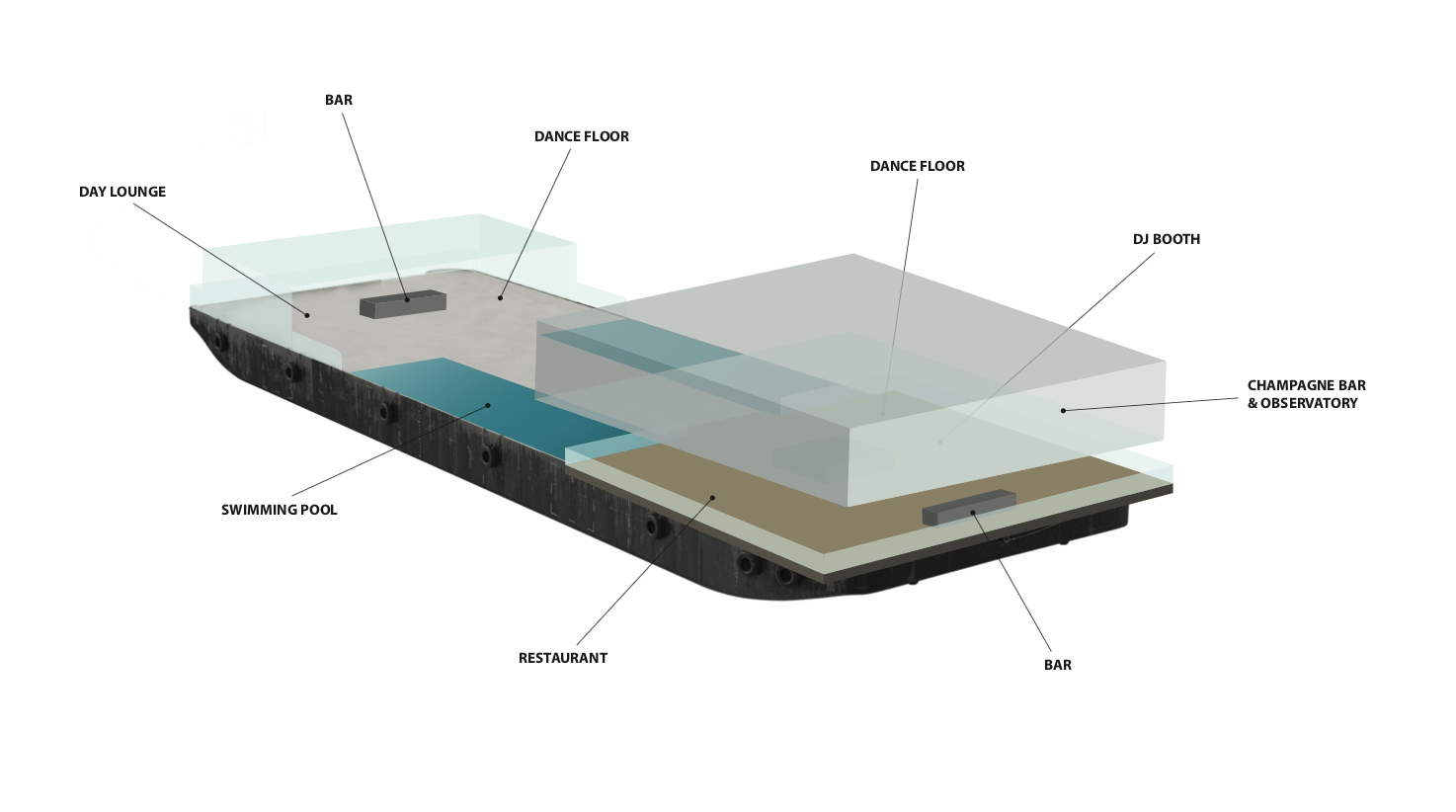 Although the concept of a floating bar is relatively new in Thailand and Southeast Asia, this has been around in other parts of the world for a while now.

In glamorous French Riviera, the famous and highly exclusive Monaco Life Club opened a floating beach bar and terrace in 2013, separate from the main building.

The floating bar features amenities and activities (and even decor – think white and beige tones from top to bottom) that are similar to those offered at a traditional beach club. These include a full-length pool, a gazillion sun chairs placed all around the deck, luxurious gazebos with super-comfy couches, a lively restaurant-bar, and stunning views of the water. In the Serbian capital of Belgrade, a city not known for its nightlife, such floating river clubs, known locally as splavs, are especially popular during summer. These splavs are held together by linked-up boardwalks spread across individual rafts. they come in various shapes and sizes, from little huts with open-air patios, to two-storey contemporary bungalows with spacious rooftops perfect for lounging and partying. 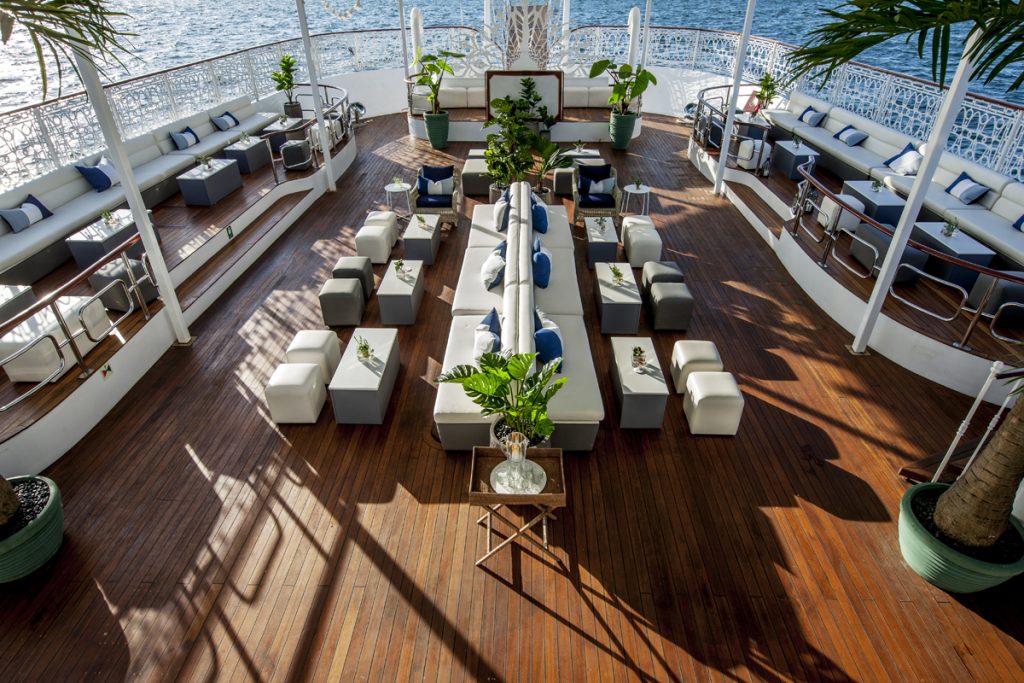 Closer to home, such clubs can also be found in the Sydney Harbour down south in Australia. This floating nightclub, called Seadeck, has dancefloors and VIP booths across all its three decks, and has been hosting international DJs and acts for years.

A new floating pontoon, called Cruise Whitsundays, will also open at the end of this year north of Sydney in the Great Barrier Reef, and will house a night club, restaurant, and even the country’s first underwater hotel.

The project, a US$5.5 million undertaking by the Queensland government, has been driven by the growing global demand for adventure tourism and nature-centric activities. It is expected to welcome an estimated 60,000 extra visitors to the area when it opens. 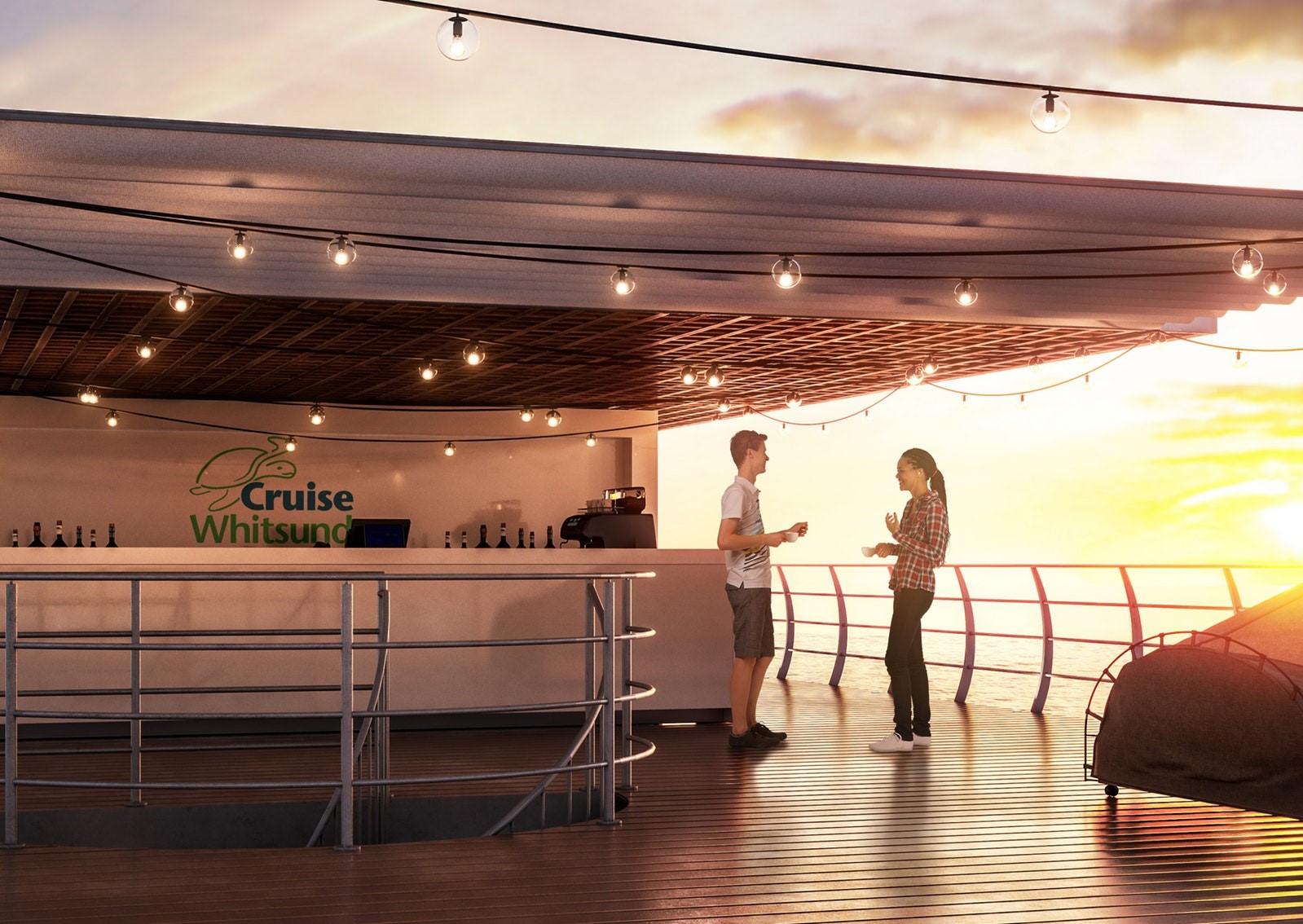 Cruise Whitsundays, slated to open at the end of 2019, is a floating pontoon that will house nightlife spots and Australia’s first underwater hotel

Over at India’s party city Goa, a self-proclaimed “luxury party cruiseliner” called Galaxia Galante, allows guests to party all night long on board its floating night club, as it sails along the Mandovi River.

Despite the existence of these floating party spots, Lebua Hotels & Resorts’ CEO Deepak Ohri, who has enjoyed tremendous success turning Lebua at State Tower into one of the best hotels in Bangkok, is keen to elevate the concept, which he believes is the next big thing in hospitality.

“This will give them something unique to do, to have fun, and see more of the city as they cruise up and down the river. The goal is that they stay longer and spend more money,” he told USA Today, adding that if all goes well, Lebua intends to take this concept as far as London, Paris, and New York City.