This year’s Monaco Yacht Show could feature the event’s longest-ever yacht with the participation of the 111m Lurssen Tis, which is still listed as the largest exhibitor among an expected 125-strong line-up of superyachts, featuring over 40 world premieres. 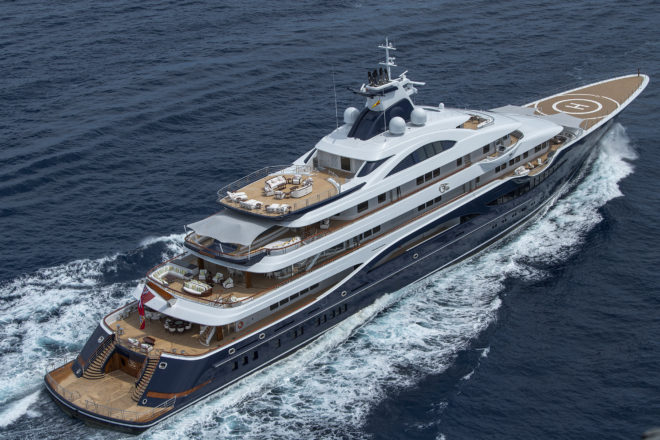 If Tis displays at the 29th edition, held at Port Hercules from September 25-28, it would mark her world premiere and she would become the show’s largest-ever yacht by length, pipping the 110m Oceanco Jubilee, which attended in 2017.

Amadea, launched by Lurssen in 2017, is set to be this year’s second-longest yacht at 106m, while the 2010 Lurssen build Phoenix 2 and Oceanco’s new Dreamboat are in the 90m-plus category at the four-day show, which has attracted in the region of 30,000 visitors in recent years.

The new 85m Bold designed by Espen Oeino is another making her world premiere, having been launched earlier this year by Australian yard SilverYachts. To reach Europe, Bold took on the Indian Ocean and embarked on a 21-day maiden voyage, covering the 8,000nm distance from Henderson, Western Australia, to Cala di Volpe with only a single fuel stop. 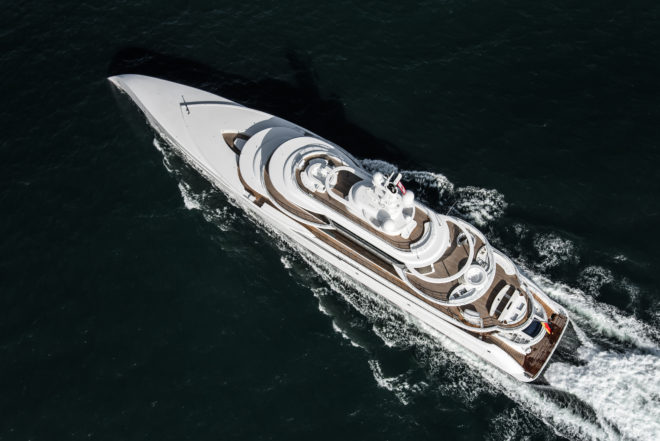 German yard Abeking & Rasmussen has built two of the biggest yachts on display – the 82.5m Secret (2013), for sale or charter with Burgess, and the revolutionary 80m Excellence. Italian builds around the 80m mark include CRN’s M/Y 135 and the six-deck Dragon by Columbus Yachts.

Dutch builder Amels and parent company Damen have a five-strong display headed by the 83m, six-deck Here Comes The Sun, Amels’ largest yacht to date. The first Amels 272 from the company’s Limited Editions range is making her first appearance at the show, having been delivered to her owner in late 2017. 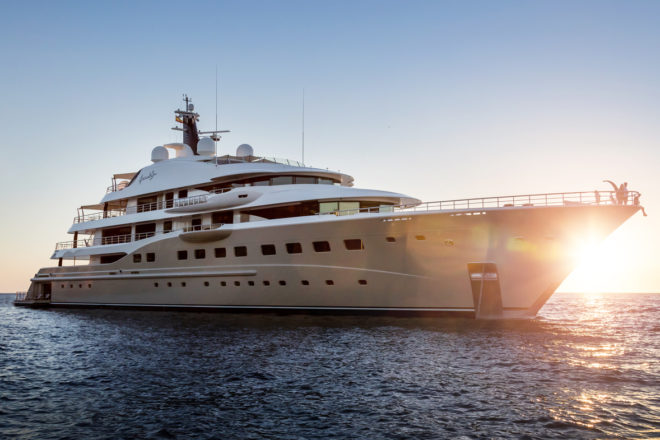 The 67.1m Aurora Borealis, which has seven suites for 14 guests, is the first Amels 220 and is making her world premiere. The brand’s third build on show is the 55m Elixir, an Amels 180 delivered in June 2016. The show also features two Damen Yacht Support vessels – the world premiere of the 46m Joy Rider and the 55m Shadow (formerly New Frontiers), delivered in 2017. 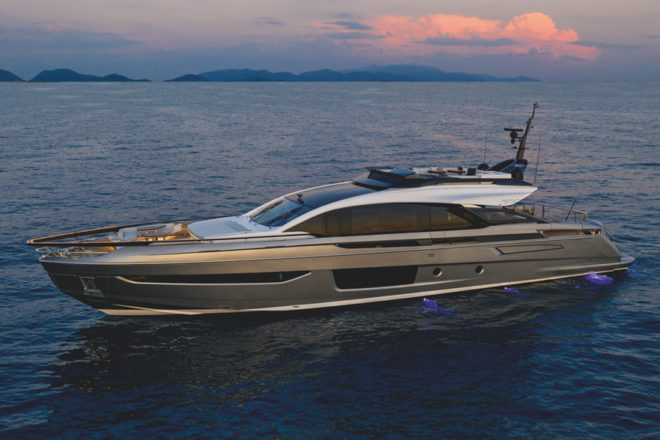 Sister company Azimut will stage the show debut of its new Alberto Mancini-designed Grande S10, following the yacht’s world premiere at the Cannes Yachting Festival earlier in the month. The Italian builder will also exhibit the Grande 35 Metri and Grand 32 Metri, models first unveiled at Cannes in 2017 and 2018 respectively.

Fellow Italian yard Baglietto is staging the world premiere of its 55m Severin, part of the yard’s traditional T-Line range by Francesco Paszkowski Design, which designed the interior in collaboration with architect Margherita Casprini. 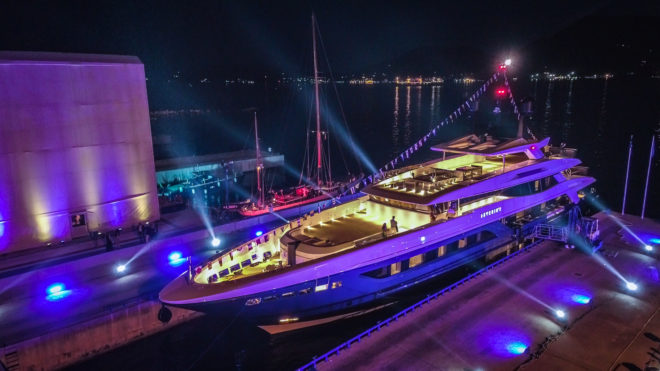 Riva’s new 50m flagship Race is among the most eagerly awaited of the 40-plus world premieres, having been launched at the company’s Superyacht Division shipyard in Ancona in March and then unveiled to a private audience in June at a theatrical event in Venice.

In fact, the average length of attending yachts this year is expected to be in excess of 50m and would mark another record for the show. 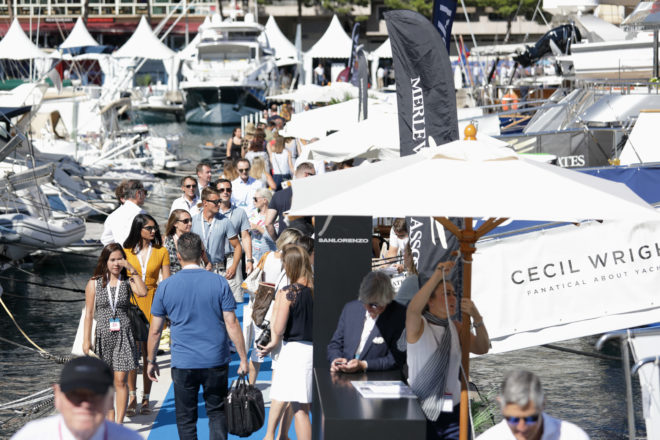 The show has attracted in the region of 30,000 visitors in recent years

This year’s event will be preceded by the fourth edition of the Monaco Yacht Summit on the afternoon of September 24, before the Yacht Club de Monaco hosts the invitation-only Inaugural Gala Event and Superyacht Awards Ceremony, attended by 350 VIP guests.