UK police confirmed on Saturday 14 September that a US$6 million 18 carat gold toilet was stolen from Blenheim Palace in Woodstock, Oxfordshire, in the United Kingdom. The artwork was part of Italian conceptual artist Maurizio Cattelan’s first UK solo show in 20 years. 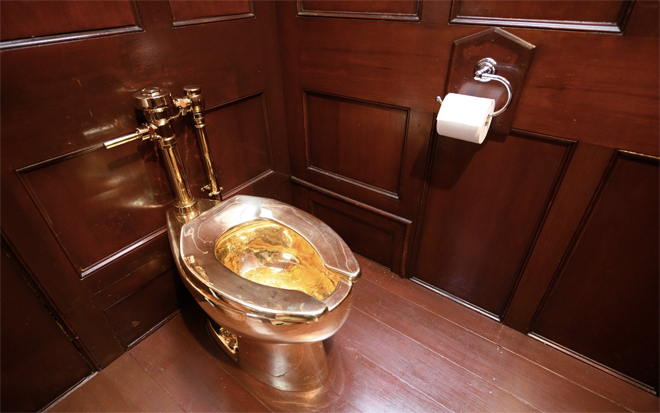 “The piece of art that has been stolen is a high value toilet made out of gold that was on display at the palace.” – Detective Inspector Jess Milne, Thames Valley Police

Investigations by the police have been ongoing since the heist, but Cattelan’s exhibition reopened to the public on Monday with the Italian conceptual artist’s thought  provoking’ artworks juxtaposed with Blenheim Palace’s opulent interiors, creating starker if not darker commentary then probably intended by Cattelan. 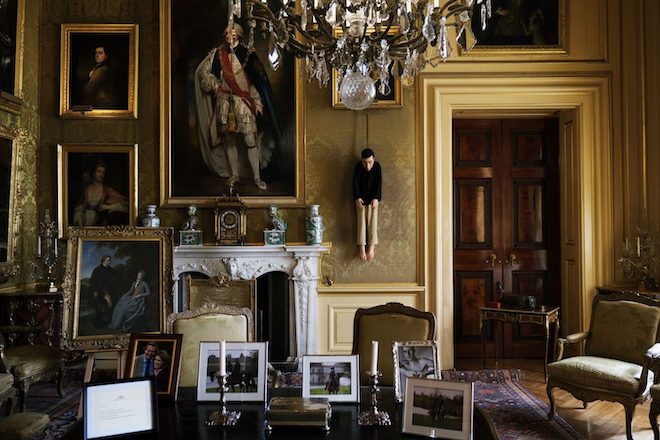 The room in which the famed gold lavatory was installed was right next to the room where future prime minister Churchill was born. Though Churchill spent his formative years at Oxfordshire palace and attended boarding school during his academic term, Churchill eventually proposed to 23 year old Clementine Hozier in the Temple of Diana summerhouse in Blenheim’s gardens.

“From the speed the robbery was executed we can say for sure they are great performers,” – Maurizio Cattelan on the theft of his solid gold artwork

According to Blenheim Palace’s CEO Dominic Hare, the artwork was stolen in a “very fast smash-and-grab raid” at the palatial mansion in the early Saturday morning and while initially, it was hypothesised that Cattelan himself might be behind the theft reminiscent to when Banksy set up Girl With Balloon to be shredded during the closing bid of the artwork, it was eventually ruled out as a Banksy-sque stunt. 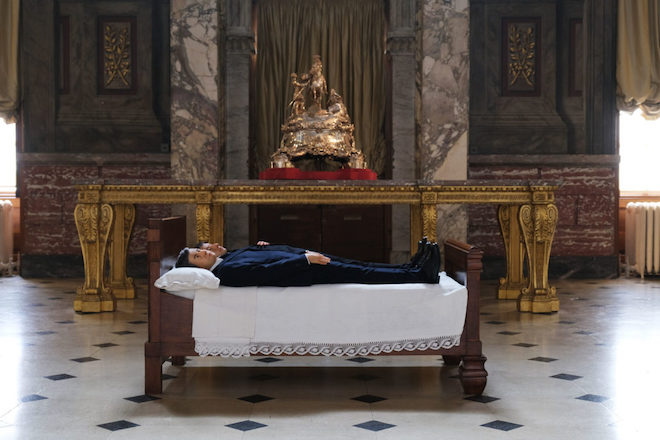 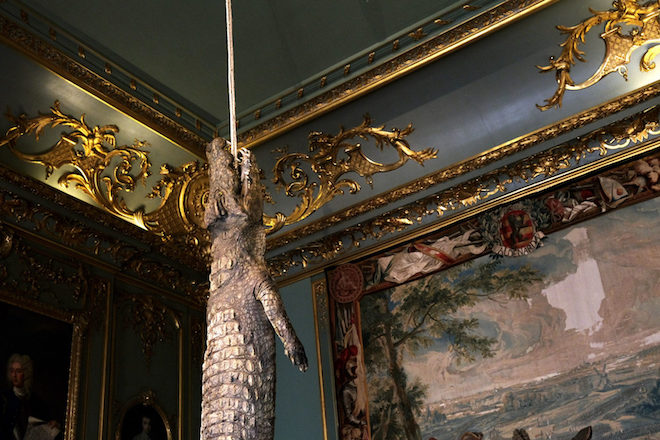 The palace was a gift from Queen Anne to Sarah Churchill, first duchess of Marlborough and kept in the family for generations. In fact, half-brother of the current Duke of Marlborough Edward Spencer-Churchill, who is founder of the Blenheim Art Foundation, told the Sunday Times just last month: “It’s {18 carat gold toilet) not going to be the easiest thing to nick.” It is a sentiment echoed by the artist himself who commented that the swiftness moving such a heavy artwork made the thieves artists themselves, saying, “From the speed the robbery was executed we can say for sure they are great performers.”

There are fears that Cattelan’s gold toilet might be melted down. Titled, America, the commode was a commentary on American excess and the demise of the “American Dream”.

Cattelan’s exhibition, Victory is Not an Option, runs till 27 October 2019. Ticket holders who booked three-minute time slots to use the fully functioning lavatory will be reimbursed.