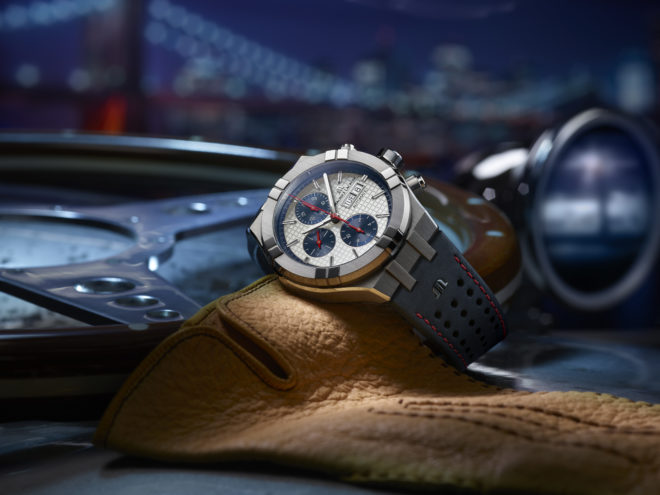 If you appraise iconic designs, you will see that they beget variations. Take for example the Fender Stratocaster, which is offered in alder or ash bodies, different headstock designs and neck shapes. Despite the differences, the original design DNA remains the same. The same can be said of the Maurice Lacroix Aikon collection, a watch with subtle variations across the collection but all within one original framework. The Maurice Lacroix Aikon Automatic Chronograph Limited Edition is the newest addition to the collection in 2019, though it will remind of other Aikon designs. Before we dive into the watch, let us take a quick trip down memory lane to understand the Aikon.

The Aikon (pronounced ‘icon’) collection is an evolution of the now defunct Calypso collection which got its start in 1990. The sensuous curves of the iconic bezel design and lugless case of the Calypso were reinterpreted for the modern Aikon collection. Launched in 2016, the Aikon was only available in quartz variations, which was frustrating because the Calypso design was both well-liked and remembered. Thankfully, mechanical movements were introduced not long after, in automatic, skeleton and chronograph iterations. The Maurice Lacroix Aikon Automatic Chronograph Limited Edition is a refreshing addition to the collection, which we are covering here mainly because we did not ever feature the regular chronograph, quartz or otherwise. 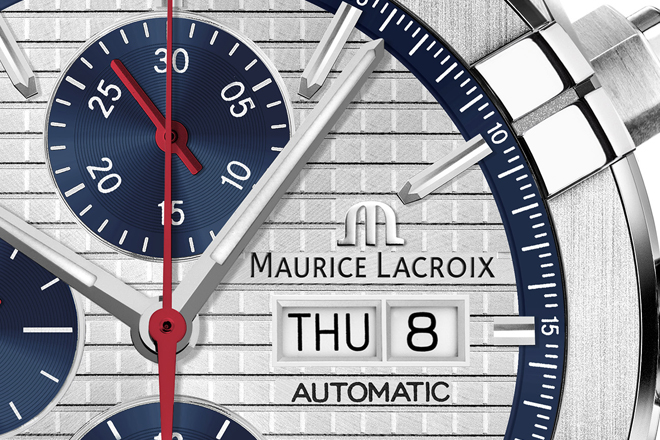 Little square motifs line the dial, except where snailed chronograph subdials take over. Maurice Lacroix decided to employ a subtle tweak from the popular “panda” chronograph colourway with dark blue chronograph subdials set against a silvery-grey dial. This might appear black and white under differing lighting conditions. The red chronograph seconds and subdial hands offer a strong contrast with the rhodium-plated hour and minute hands. Two cut-out apertures sit below the Maurice Lacroix logo, indicating the day and date. The Swiss watchmaker has opted for a minute track instead of a traditional tachymetre scale for a cleaner dial design. The light shade of grey set against the blue and red elements lends a regatta feel to the watch.

With dynamic angles, distinctive polish and satin finishing on the case, bezel and chronograph pushers, the architecture of the watch is a tribute to the Calypso. Measuring 44mm in diametre, with a thickness of 15mm and a lug-to-lug width of 50mm, the Aikon Automatic Chronograph Limited Edition is by no means a small watch. However, the lugless design of the watch case allows the blue perforated strap to envelop the wearer’s wrist, allowing the watch to sit closer to the wrist and wear smaller than what the dimensions suggest.

A delightful feature beneath the strap is the Swiss manufacturer’s EasyChange system. The propriety quick release bars allow the straps and steel bracelets to be interchanged without the need for a springbar tool. With 200m of water resistance, the wise choice of having a screw-down crown and chronograph pushers gives greater assurance to sports enthusiasts who might wish to take the watch for a swim. A sapphire crystal completes the entire package that is now common to modern watches.

Beneath the dial of the AIKON Automatic Chronograph Limited Edition is an automatic ML 112 calibre, based on the ETA Valjoux 7750. There is nothing to scream about the movement except that it is a quality workhorse that comes with the usual Geneva stripes and perlage decorations, a power reserve of 48 hours and a frequency of 4Hz (28,880 vph). This chronograph is limited to 500 pieces.