The first delivery is Maritimo’s imposing M-Series 72 Flybridge Motor Yacht custom-designed for serious sport fishing in challenging waters between New Zealand’s North Cape and the Kermadec Islands Marine Reserve 1,000 km to the northeast. The vessel has more than 200 custom changes from the production model, including an extended fishing cockpit and transom redesign. 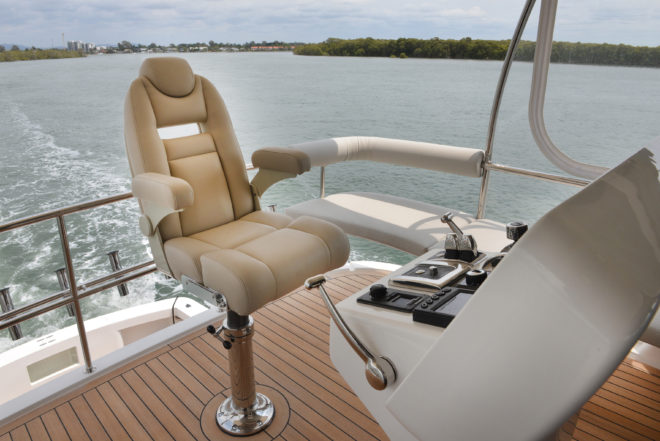 “Maritimo is renowned for the level of customisation it allows, whereas other brands have set limitations,” the company’s lead designer and brand director Tom Barry-Cotter told a media conference.

“The Maritimo One concept takes this to another plane. Owners get a boat that is a complete one-off. In this case, we worked with a three-time Maritimo client who had specific needs. The yard is in advanced discussions with other international buyers on projects that will take up to 28 months to complete.”

Modifications were made to the M72 hull’s running surface, transom, tank capacities and engineering, requiring fully customised weight studies and hydrostatic reports. The boat can back up better on fish in testing conditions. Its extended water line incorporates a fully custom sport cockpit with live wells, bait tanks and a mezzanine cockpit, while the flybridge has a hardtop with enhanced window openings, rear sight lines, and a custom helm pod and seating on its aft deck.

Third off the Maritimo One slips is an M51 Regency Suite Flybridge Motor Yacht, in which the master stateroom is expanded in lieu of a starboard guest cabin. The master ensuite is relocated to starboard, and the day lounge and wardrobe enlarged. 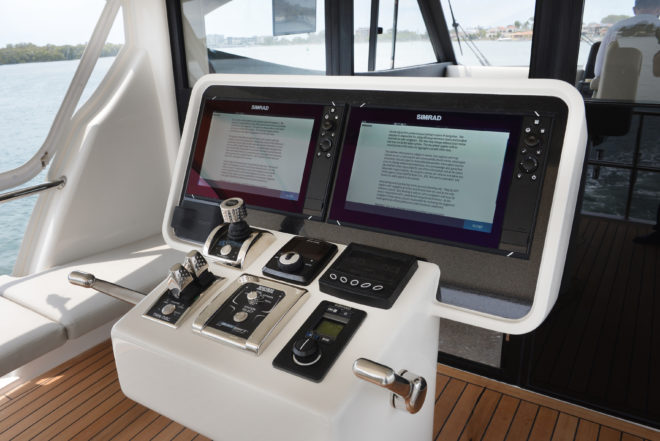 Maritimo has just completed an A$13 million expansion of its production facility at the Coomera Marine Precinct on Queensland’s Gold Coast, which includes the Maritimo One facility.

The expansion is timely. Maritimo CEO Garth Corbitt said that following November’s Fort Lauderdale International Boat Show in Florida, American sales were “on an absolute blinder”, up 60 per cent compared with the same period in 2018. 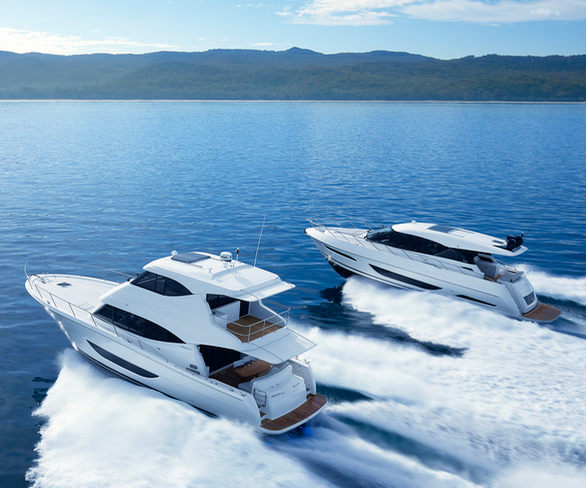 Most popular models were the M51s and the X-Series, with the X50 outselling the X60 two-to-one.

“Never before have we been so well established to take the brand forward and increase our awareness levels and ultimately sales in the most significant international markets,” Corbitt said.

Singapore dealer is Eric Koh of SGBoating at Raffles Marina in Tuas. The Singapore Yacht Show, usually in April, has been moved forward this year to March 19-22.

On the home front, Maritimo has been the anchor exhibitor at Sanctuary Cove International Boat Show since the yard was founded 15 years ago, and has always done well there. Results at Sydney International Boat Show needed to improve, Western Australia was strong, and New Zealand is humming. Overall Maritimo sales are up 30 per cent year-on-year, an impressive result.