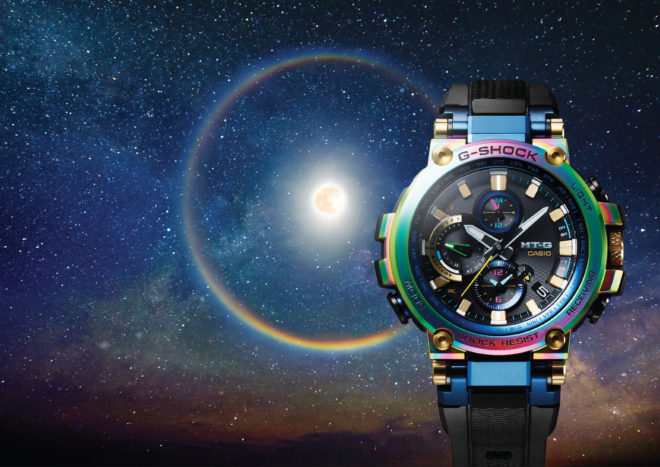 Despite the never-ending list of SKUs across the Casio brand of watches, the Japanese brand somehow manages to satiate their cult followers with a healthy mix of regular production pieces, limited edition pieces and collaborative pieces lined up across each year. Presented at BaselWorld 2019, Casio unveiled the limited edition Casio MTG-B1000RB Moonglow to celebrate the 20th anniversary of the G-Shock MT-G (Metal Twisted G-Shock) collection.  It represents one of the most talked about G-Shock references from Casio this year.

Casio first introduced the MT-G Series in November 1999, based on the concept of leveraging both metal and resin. The metal-infused MT-G series of G-Shock timepieces is part of Casio’s high-end collection produced in the famed Yamagata Casio facility. For the uninitiated, Yamagata Casio develops Casio’s premium offerings such as the Casio MT-G and MR-G, and produces the Tough Movement component of the GPW-1000 Gravitymaster and the Oceanus OCW-S3000 Manta to name a few.

For this special creation, Casio turned to the night sky for inspiration. When looking at the moon, especially a very bright one, it is possible to see a lunar halo – a ring of moonglow that may run the colours of a rainbow around the moon. The natural phenomena is projected onto the bezel of the MTG-B1000RB model with a special rainbow ion plating (IP) process in subtle graduations. Though the gamut of colours will be the same, the final appearance on each piece differs, one from the other, resulting in individually unique pieces. Further IP treatments can be found on the crown, the bezel screws and lug screws in gold, while a blue IP treatment graces the lugs and the band. 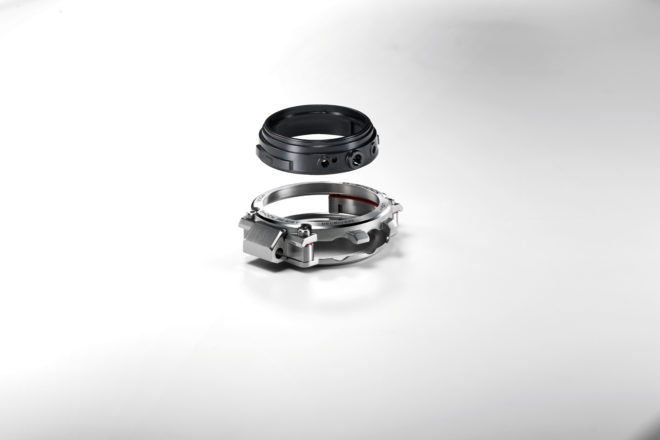 The Casio MTG-B1000RB is based on the Casio MTG-B1000 that features a new Core Guard Structure as part of the collection’s constant pursuit of improved strength and durability. The New Core Guard structure integrates the lugs and pipes that connect the band into a single piece, creating a wall that isolates the watch’s module from impact. The resin of the center case is reinforced with carbon fibre, which further enhances the module’s protection, while reducing overall weight and improving wearing comfort. Casio further deploys the same Triple G Resist Technology, mentioned in the Casio Gravitymaster (see issue #53) to the MTG-B1000RB to better resist shock, centrifugal force and vibrations. The watch is finished off with a sapphire crystal and rated to 20 bars of water resistance to ensure maximum toughness and durability.

The Casio MTG-B1000RB is blessed with a myriad of features found in high-end Casio pieces: an improved Connected Engine module that supports Bluetooth communication via the G-SHOCK Connected app and the radio-controlled MULTIBAND 6 work hand-in-hand to provide timekeeping accuracy across 300 cities worldwide. Other neat features include Casio’s Super Illumination, Tough Solar charging system, stopwatch and alarm.