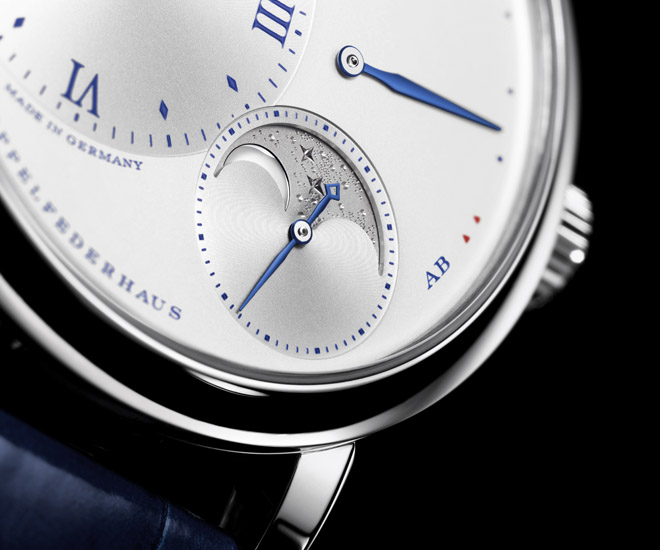 Relaunched in 1994, A. Lange & Sohne’s now beloved moonphase was never part of the brand’s initial horological and aesthetic lexicon. Now, 25 years on, it’s almost hard to believe that Günter Blümlein and Walter Lange had not conceived a moonphase complication as part of the launch collection.

That said, the brand’s constant pursuit of refined watchmaking has led to timepieces par excellence like the Datograph, 1815 chronograph and Zeitwerk, all of which were not part of the debut collection in the October of 1994 either but yet, it would be inconceivable that these watches are not part of the brand’s heritage. Hence, there’s some nice historical and evolutionary pre-climatic book-ending as we round out the first quarter-century with the Little Lange 1 Moon Phase “25th Anniversary” 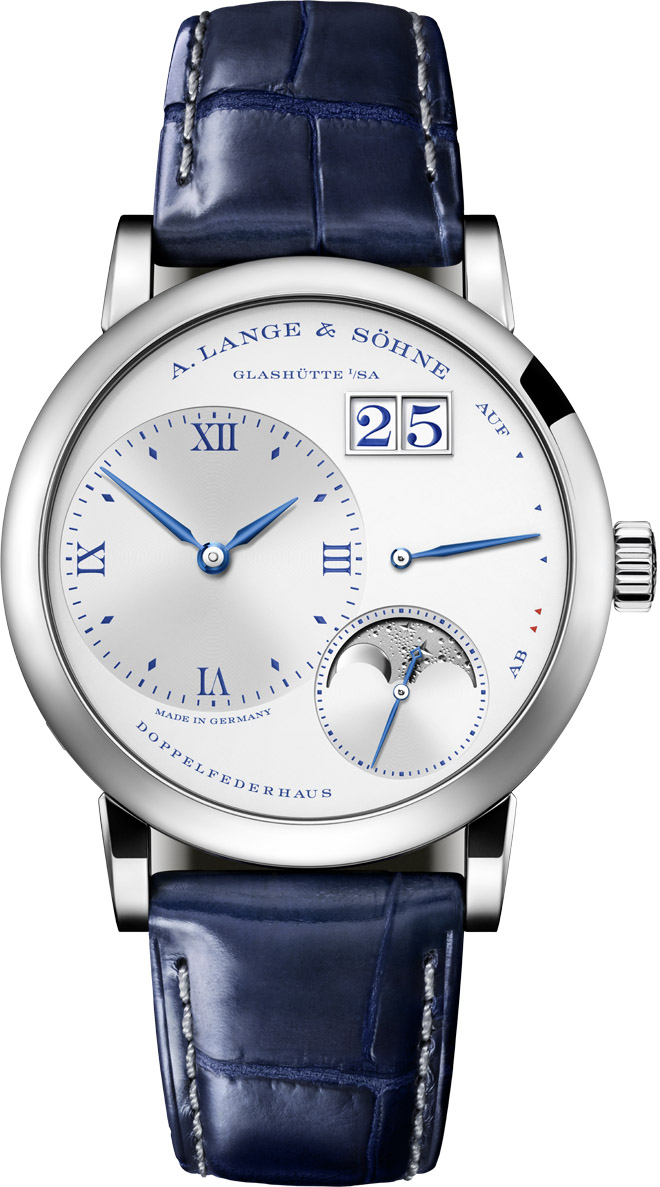 While the Lange 1 is naturally part of public consciousness and enjoys wide popular appeal in the watch market thanks to its exquisite aesthetic asymmetry and leaden provenance as a foundational cornerstone since the brand’s revival, the Little Lange 1 Moon Phase reserves special mention because it was emblematic of the brand’s foresight – not too feminine nor too masculine, the 37mm (36.8 if you want to be precise) was perfectly balanced and about 10 years ahead of the current return to gentlemanly sub-39mm proportions, executed with panache without seeming to be trying too hard.

Watchmaking is a little like writing, it isn’t necessarily a linear process and what you are doing is basically binding all the historical threads and origin stories and weaving them into a grand tapestry which allows a watch collector to buy into a brand. Case in point: when Margaret Mitchell began writing Gone with the Wind, she already had a major plot points in mind, merely working out minutiae and details that would be authentic to a story’s progression. 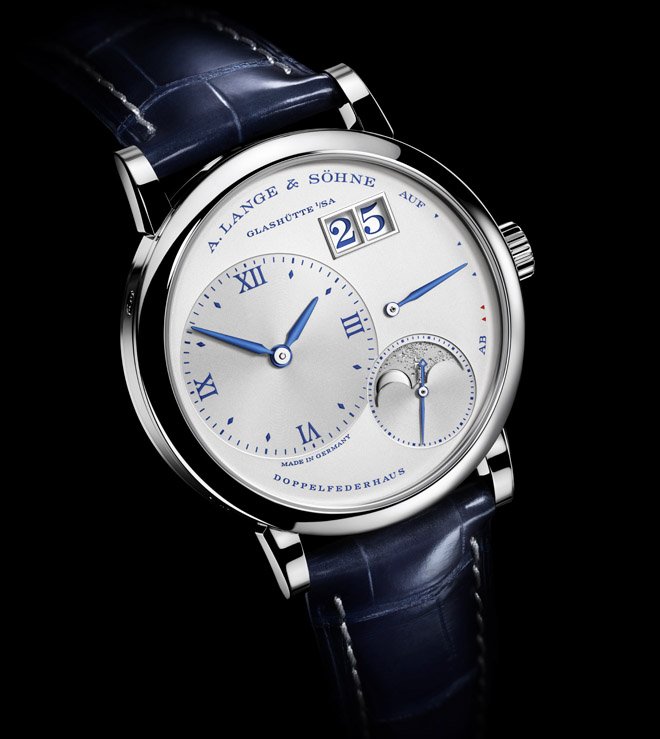 The Little Lange 1 collection, launched in 2009, known internally as the “little one with the large date”, unites all of the iconic features of the Lange 1 and as such, remains authentic to A. Lange & Sohne’s watchmaking philosophy. Whether it’s been jewel drenched or dressed with guilloche dial, the Little Lange 1 has never been deliberately positioned as a woman’s watch. Hence, the Little Lange 1 Moon Phase “25th Anniversary” is as a gorgeous accessories should be – complementary to your lifestyle and a companion of daily expression rather than as something which defines you.

Yet, somewhat ironically, the Little Lange 1 Moon Phase defines the brand somewhat in terms of how classic elegance has joined all the maison’s famed technical highlights including twin mainspring barrel with a power reserve of three days – a feat in such a diminutive form, the typical UP/DOWN power-reserve indicator, the instantaneously advancing outsize date display, a large balance wheel with eccentric poising weights with a balance spring crafted in-house, and lastly, a hand-engraved lunar disc: Six stars and numerous little dots depict the starry sky and together with the golden moons form a three-dimensional heavenly canopy, requiring correction only once every 122.6 years. The aesthetic hallmarks of the two-toned anniversary Moon Phase includes a white-gold case, an argenté-coloured dial in solid silver with blue-printed elements and blued steel hands, a colour leitmotif which extends into the hand-finished movement by way of blue-filled engraving of the balance cock in German silver features an engraved depiction of the outsize date with the number “25”.