These four words can be used to describe the two latest, super limited tribute roll-outs of Lamborghini – namely the Aventador SVJ 63 Roadster, and the Huracán EVO GT Celebration. 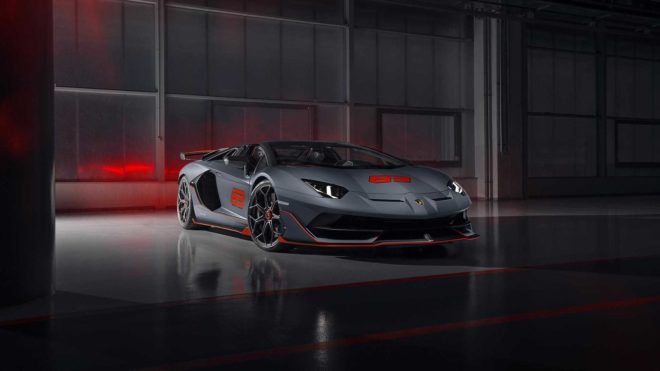 Unveiled recently at the Monterey Car Week, and fresh off its race triumphs in the US and Europe, the two road monsters are the sports car manufacturer’s commercial tributes to those victories, following a recent trend of re-imagining classic, iconic automobiles.

Modelled after the SVJ 63 coupé, which was itself based on the iconic V12 super sports range, the new SVJ 63 Roadster’s main selling point lies in customisation, while still maintaining the performance, handling, and aerodynamic superiority of its muse. 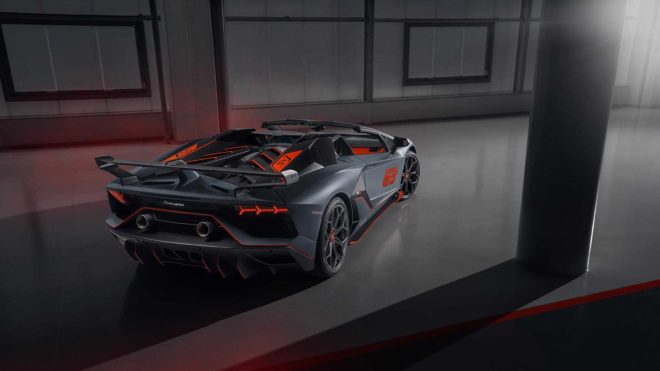 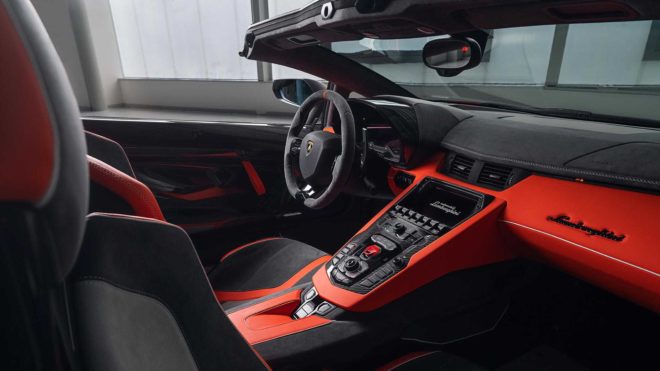 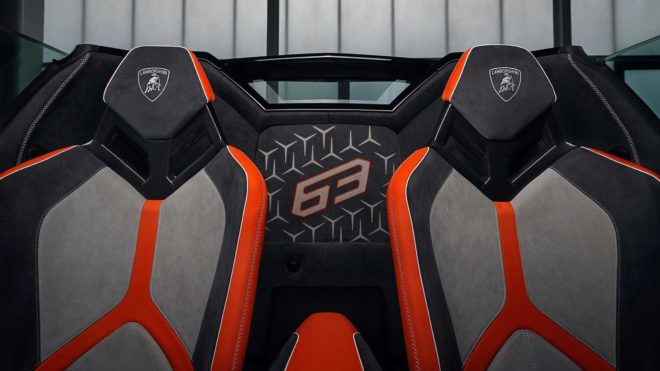 On the inside, three-tone Alcantara upholstery in Grigio Octans (grey), Grigio Cronus (grey) and Arancio Dryope (orange) is combined with carbon fiber and CarbonSkin.

With this new Roadster, Lamborghini is offering eight new design stories with unique exotic interiors and exteriors in the form of “virtually limitless” colour and trim options via a revolutionary personalisation programme.

Despite weighing 50kgs more than the coupé, the racer is still able to match its speed – it outputs 770CV, accelerates 0-100 km/h in just 2.9 seconds, and travels at a top speed of more than 350 km/h. 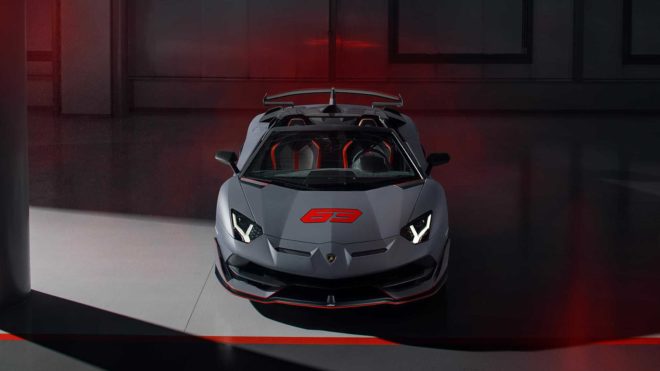 That’s because the super sports car’s four-wheel drive system, rear-wheel steering, and stability controls have been pumped up, allowing it to be more race-effective than the standard Aventador.

The SVJ 63 Roadster is said to be the most exclusive Aventador ever produced, with only 63 units in the production pipeline. Still, this has not stopped avid collectors from snapping up all 63 cars. Also on showcase was the Huracán EVO GT Celebration, a tribute to the model’s triumphs at the 24 Hours of Daytona in 2018, and the 12 Hours of Sebring in 2019. 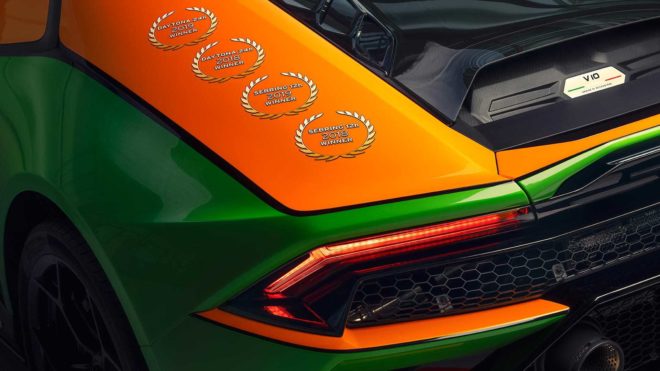 The Celebration is even more exclusive than the Roadster, with only 36 units to be produced for an early-2020 delivery. The number 36 represents the sum time of the two famous endurance races, also known as the “36 Hours of Florida”. 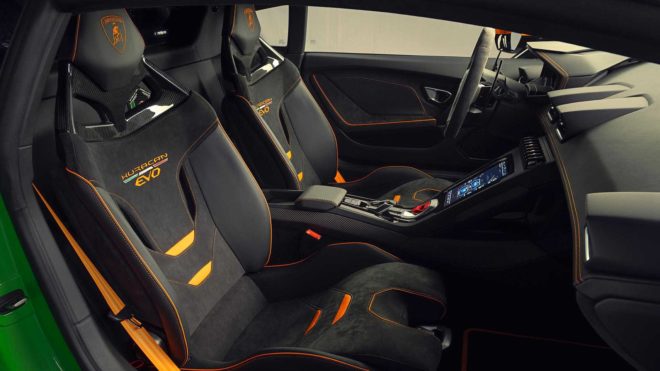 Every Celebration unit is emblazoned with the number “11”, which is the number of the Grasser Racing Team (GRT) driver who won both races. The livery combination of Verde Egeria (green) and Arancio Aten (orange) of the display piece borrows from the colours of the GRT, although nine combinations in total are possible from the three primary body colours and three secondary colours available. 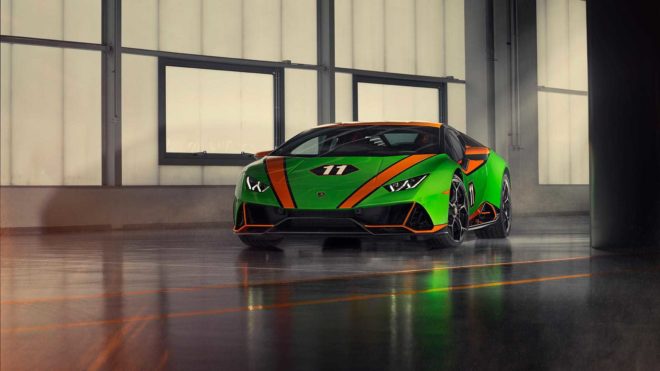 The Huracán EVO GT Celebration is available only in North America.