Since his appointment as artistic director of Dior, Kim Jones has worked tirelessly on collaborations aimed at bridging the gap between couture and streetwear. Engaging Brian Donnelly, better known as KAWS, to fill out his first ever runway show, Jones has worked with a multitude of talented young artists such as Daniel Arsham and Yoon Ahn, amongst many others. 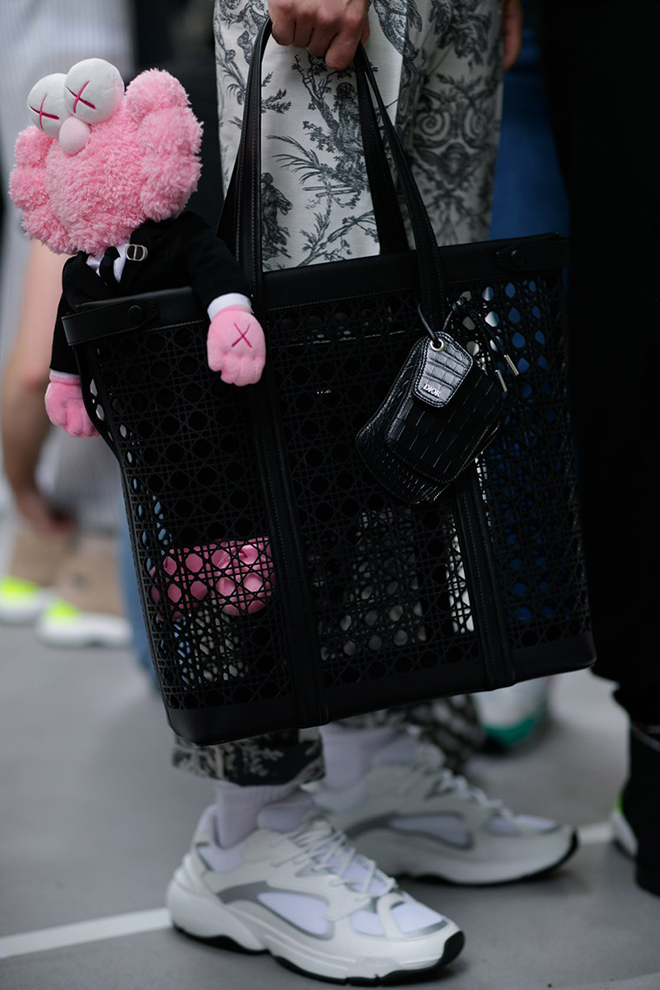 Creating iconic concepts and trends which have transformed Dior through amassing the brand’s streetwear archive, reinvigorating its suiting options, and engineering legendary collaborations – Kim Jones has centered his work around creating sustainable fashion trends with appeal beyond the existing Dior demographic. 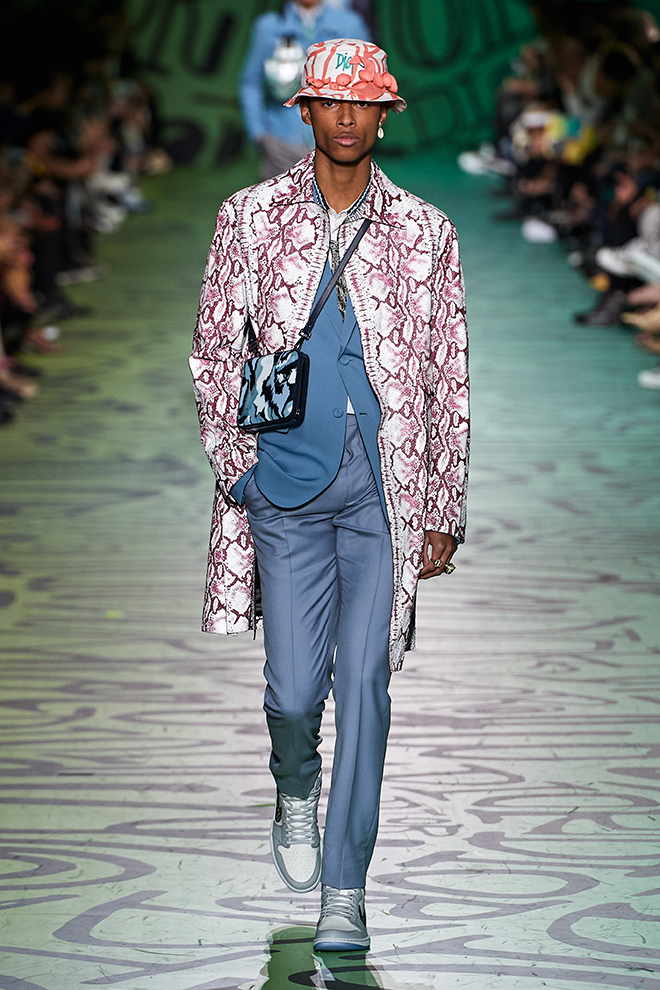 Dior’s latest Fall 2020 collaboration with Shawn Stussy – who has been out of the public eye for over two decades since retiring his groundbreaking eponymous label in 1996 – made perfect sense. With a diverse childhood, Jones spent time in London, Africa, Ethiopia, Botswana and Tanzania. It was during these periods which he was introduced to club culture and had opportunities to work under the late Central St. Martin’s matriarch, Louise Wilson, who had greatly influenced the works of past and present game-changing designers such as Alexander McQueen, Christopher Kane and Jonathan Saunders. Of all the inspiration and learning, Jones’ affinity for streetwear in the form of graphic hoodies and boxy track jackets, has been ever present and considered the most authentic aspect of his work. 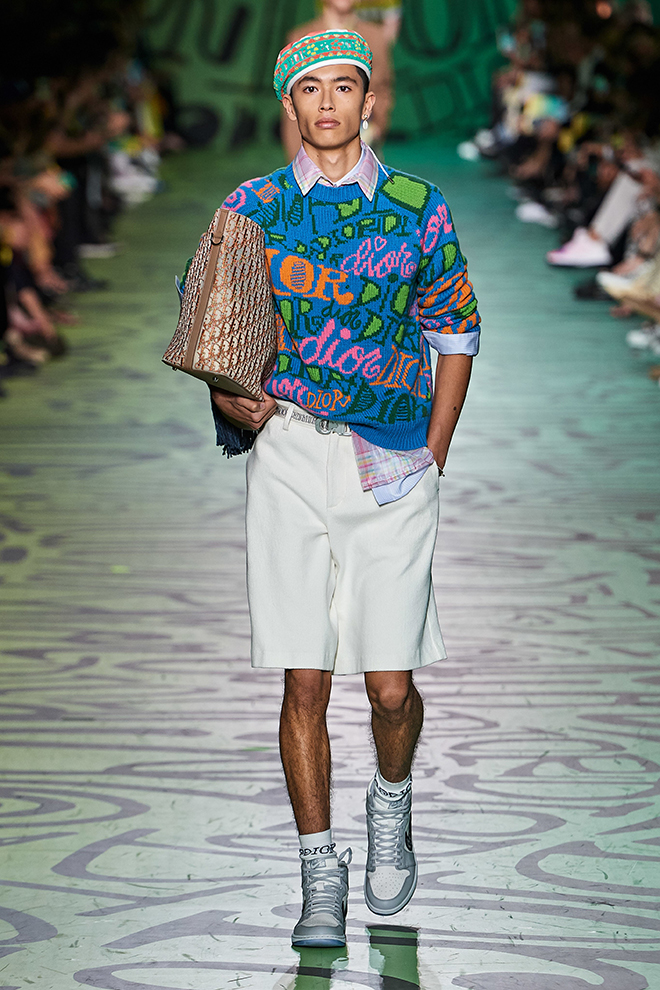 As a long-time supporter of the Stüssy brand, Jones admitted to obsessing over the apparel since his teenage years – reminiscing the days of saving every dollar earned washing dishes in a café, Jones had rocked Stüssy as early as 14 years old. 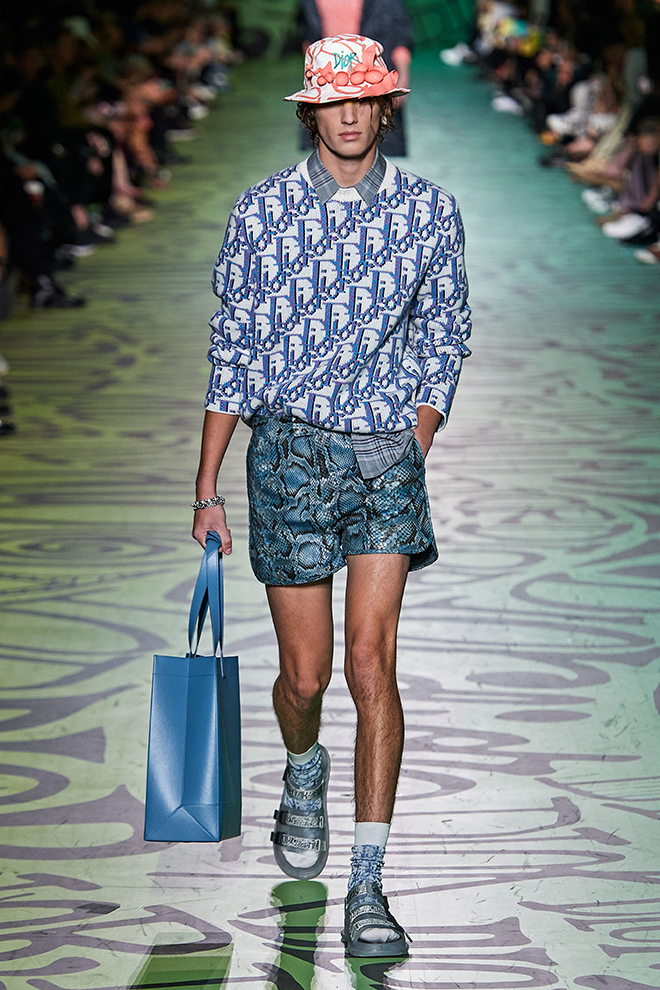 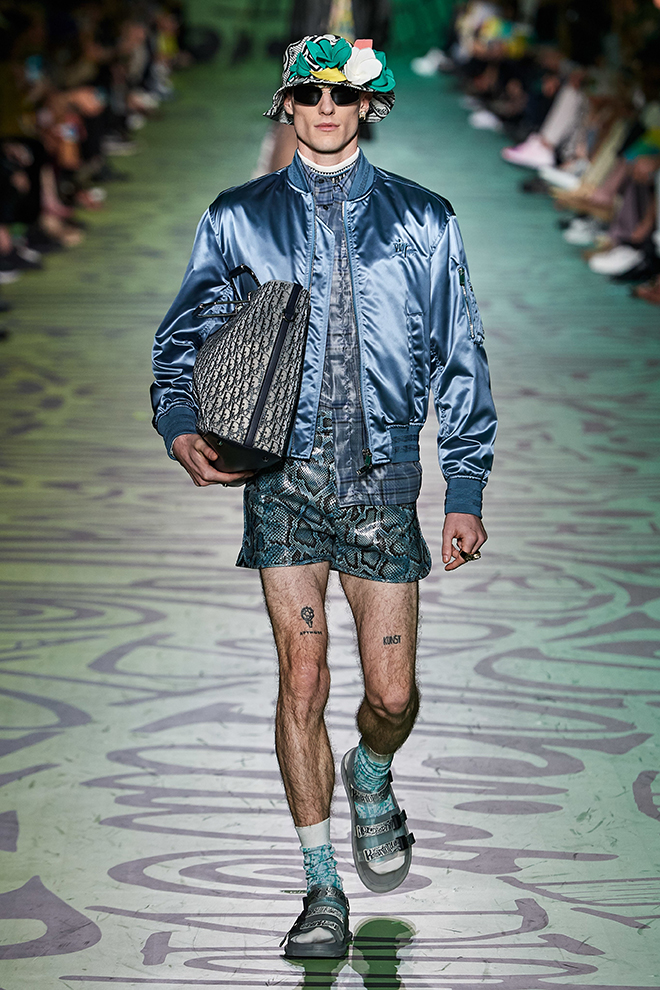 Featuring classic camp shirts which were minutely beaded for up to 2,600 hours, the duo’s collaboration was finally confirmed mere days before its official debut – sparking astounding levels of anticipation online, as many fans eagerly awaited the return of a streetwear icon. The Air Jordan 1 High OG Dior’s release intends to coincide with the 35th anniversary of the original Air Jordan. Elevating the classic 1985 silhouette to greater heights in the world of French haute couture, the sneaker utilizes both Dior’s leather expertise and Nike’s sportswear aesthetics for a familiar yet meticulously detailed and quality-controlled end product. 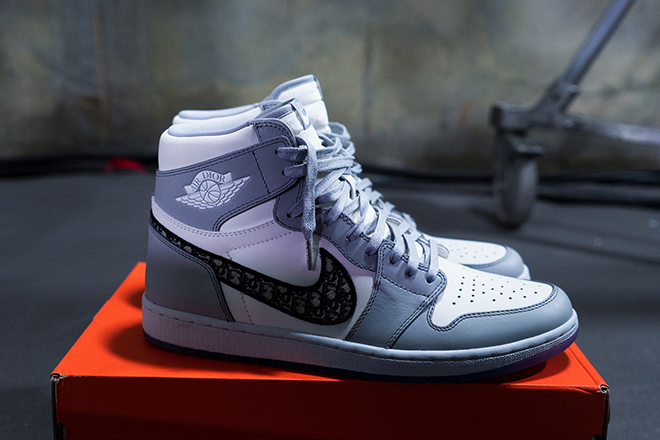 Incorporating one of the brand’s first shades from 1947, the uppers are painted in ‘Dior Grey’. Featuring a remixed version of the Dior Jumpman “Wings” logo, a co-branded “AIR DIOR” tongue tag and a Nike Swoosh made from Dior’s oblique motif – the shoe pays homage to the sky above Monsieur Christian Dior’s childhood home. 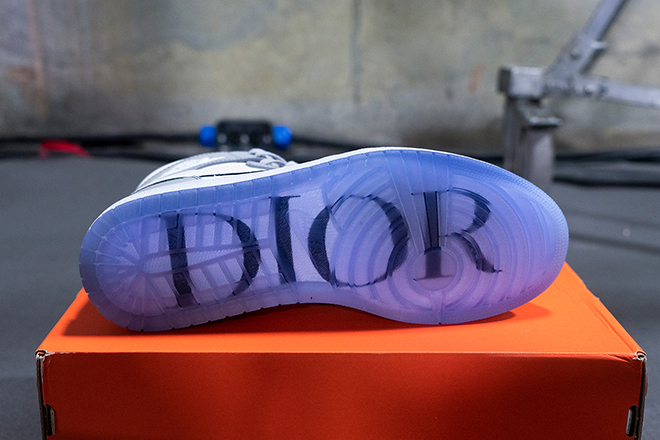 Finished with Dior debossed aglets, a tonal Dior oblique pattern throughout the padded tongue, ice-blue transparent outsoles featuring both brand names on alternate sides and a Dior oblique loser-etched insole – the Air Jordan 1 High OG Dior is slated to launch globally by April 2020 and will be limited to a mere 8,500 pairs available exclusively at Dior stores. 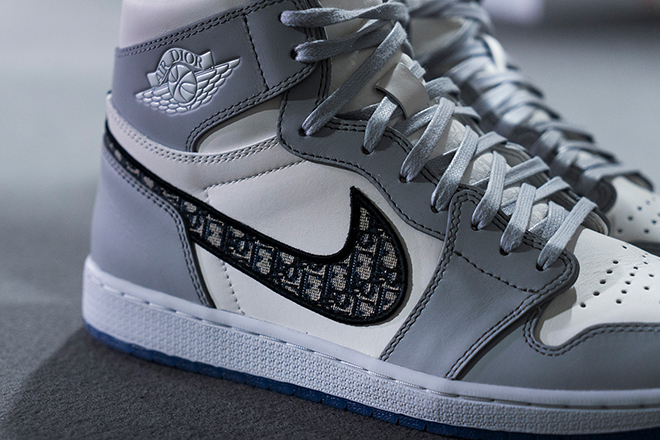 Fret not if skate-high’s aren’t your thing. In honor of Christian Dior’s legendary New Look spring/summer 1947 collection which is credited for reviving and revolutionizing the French fashion industry, Dior announced an ultra-rare low-top iteration of its Air Jordan collaboration. The tiny edition of 4,700 pairs will also debut in April. 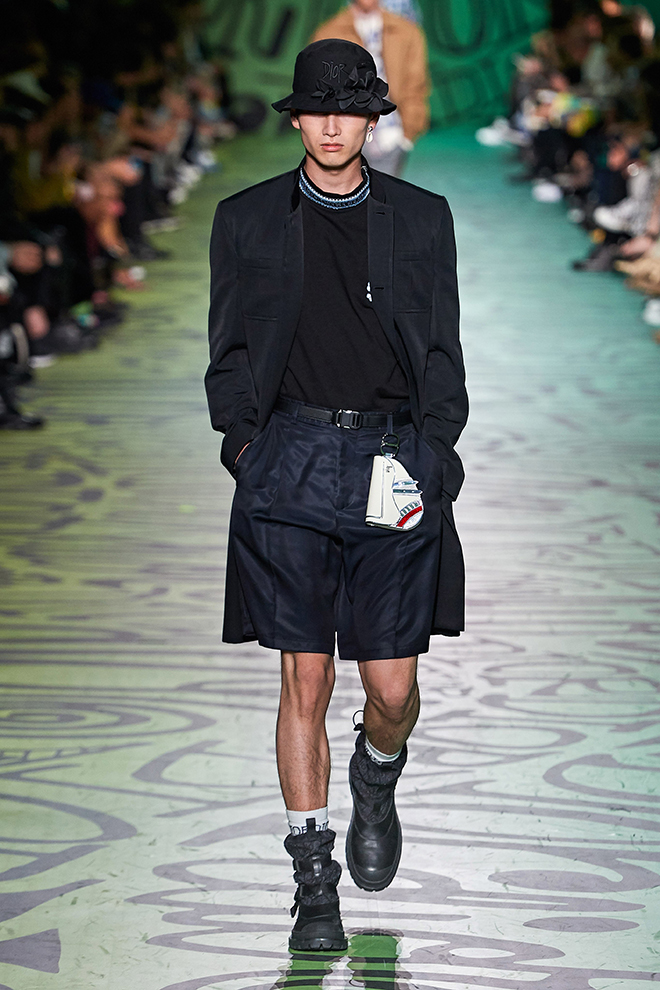 Hammering home the importance of Dior’s history, Jones’ collaborations and work tamper with the concept of new and old. Aligning his vision with those of Monsieur Christian Dior, who is no stranger to innovation, often treading new ground both literally and artistically with unexpected collaborations and collections, such as with Cadillac in 1995 –  Jones ensures the brand’s trademark designs and heritage consistently shine through.