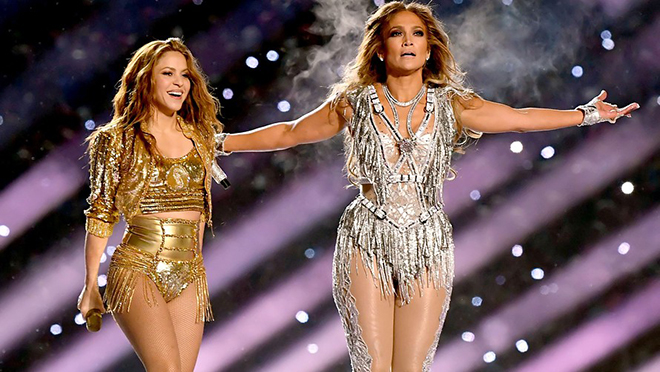 Performing bilingual medleys of 14 of their greatest hits, Jennifer Lopez and Shakira graced the stage at the 32nd annual Super Bowl and knocked the ball out of the park with a 15-minute set featuring Latin stars Bad Bunny and J Balvin. 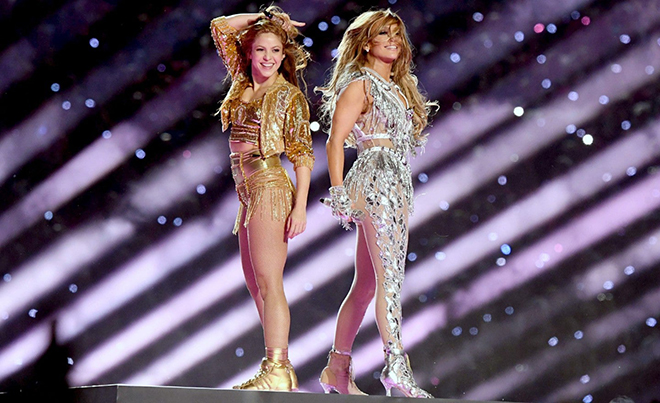 Unlike their Super Bowl predecessors such as Post Malone and Lady Gaga, Jennifer and Shakira performed for their biggest crowd to date, for free. With the bill for a full production, including wardrobe changes, guest appearances, a multitude of lights and effects, plus two whole stages, footed by the National Football League (NFL), the star-studded duo chose to capitalize on celebrating diversity whilst reaping the benefits of exposure through subsequent music streams and downloads – thanks to the Super Bowl’s wide reach as the most-watched television broadcast in America each year. Amidst a rigorous display of expert choreography and vocal performance, the show may have ended but not without sparking a viral wave of memorable and meme-worthy moments online. From J-Lo pole-dancing in a sparkling bodysuit to snippets of Shakira’s tongue flicking, the duo’s online engagement skyrocketed with each song amassing a whopping 1,013% sales increase, within the day. Selling over 16,000 digital downloads on Sunday February 2nd – the 2001 smash hit “Whenever, Wherever” was crowned initial best seller, garnering an estimated 4,000 downloads, whilst Alexa requests for “Jenny on the Block” rose over 426% on Amazon Music. With a rapid boost in download and streaming, plus the innumerable cultural references and diverse representation showcased at the halftime show, the 2020 32nd annual Super Bowl proved to be a huge success, not just for the NFL or the Kansas City Chiefs but for Jennifer Lopez and Shakira, as well.