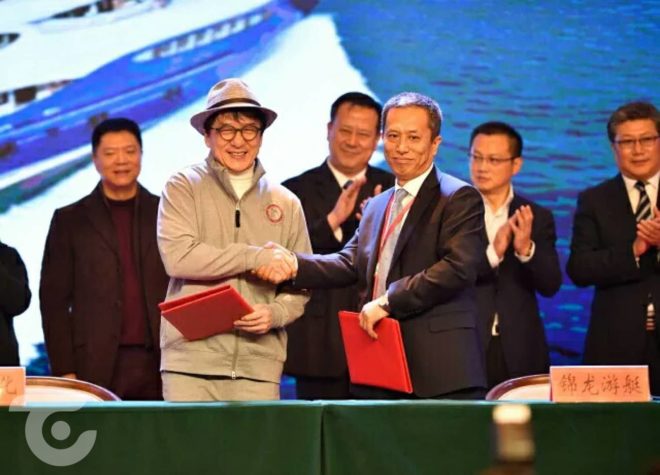 Chan’s yacht was launched this summer, having been under construction since October 2017. Jinlong is based in Liaoning province, east of Beijing in northern China, and has facilities in the coastal cities of Huludao and Dalian.

The all-white 152ft superyacht was built with the project name Jinlong 4601 and gained further publicity when it was transported from its inland facility along city roads to reach the sea, with the bow of the hull showing the English words and Chinese characters for ‘Jin Long’ written in gold. 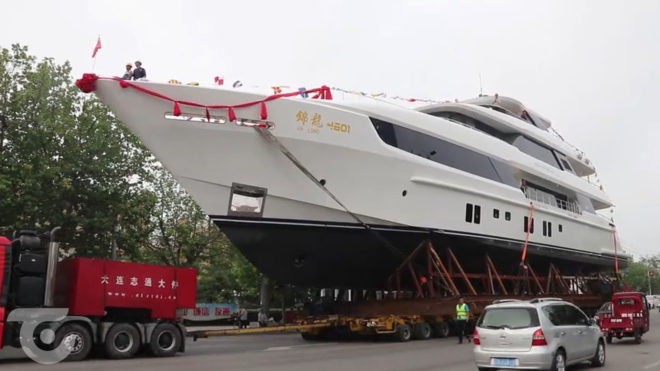 Mulder Design, whose work includes the 69m Benetti Spectre, a winner at this year’s World Superyacht Awards, was responsible for the naval architecture and also the exterior of the yacht, collaborating with Jinlong on the interior.

The yacht has an all-aluminium hull with a 9.2m beam, and was built according to RINA classification standards. Fitted with twin MTU 16V 2000 engines and two Volvo Penta 130kW generators, the yacht can reach a top speed of 21 knots and is designed to cruise at 19, with a range of 3,000nm at 12 knots. The Chinese-built superyacht was designed by Dutch studio Mulder

The yacht includes six guest cabins, business facilities, a VIP room, study, gym and beach club. Chan has also owned a 38m superyacht, which was built at a different shipyard in China and delivered in 2017.

Chan, 65, was born in Hong Kong in 1954 and has an estimated net worth of US$400 million. Acting in movies since the early 1960s, he has appeared in over 150 films, and even in recent years has been listed among the world’s highest-paid actors.