The assassination of Iranian military commander Qasem Soleimani by the order of United States President Donald Trump may have sparked intense retaliation and a potential third World War – but with the possible de-escalation efforts in the works, these must-see cultural Iranian gems maintain their Unesco World Heritage status.

Home to over 20 world heritage sites and landmarks, Iran’s cultural significance dates as far back as 6th to 4th centuries B.C.. With an array of palaces, natural landscapes, shrines, bridges, mosques and cathedrals which represent the architecture and history of every Iranian community. 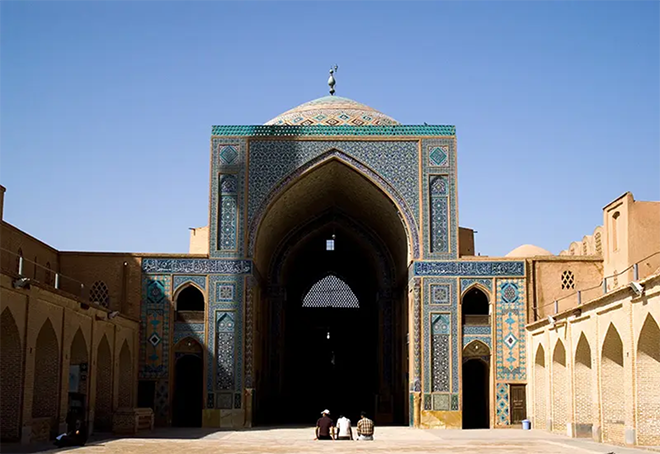 Constructed in the 12th century, during the Umayyad dynasty, each pillar of the Jameh Mosque was personally built by the time’s Caliph of Damascus. Once a religious Zoroastrian site, the structure was eventually converted into a Islamic mosque and revered as the Isfahān city’s grandest, congregational point of worship. With four gates positioned diagonally to one another, the Jameh Mosque features one of the nation’s tallest minarets and two of the largest domed chambers known at its time. 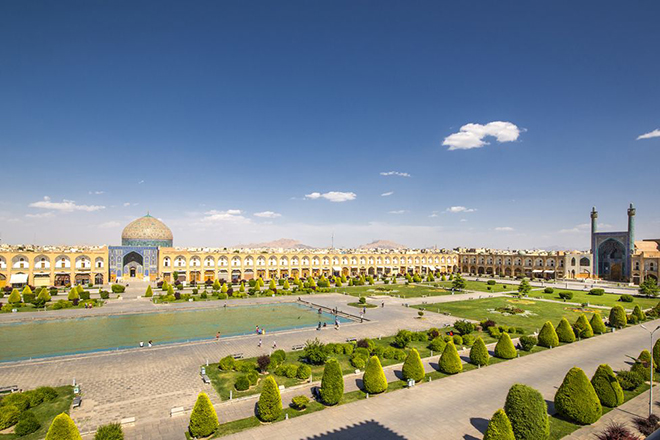 In honour of the fifth Safavid king, Shah Abbas The Great, the city’s structure was expanded toward the river by head architect Ali Akbar Esfahani – making the Naqsh-e Jahan one of the largest city squares in the world, measuring 83500sqm. 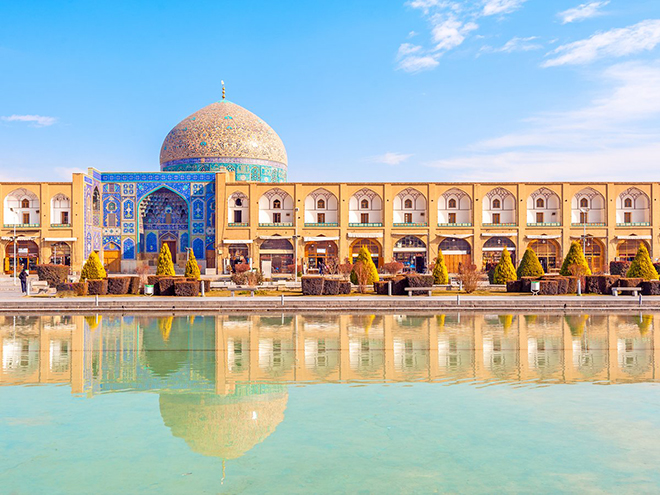 With a rectangular design, the Naqsh-e Jahan Square features four main pillars of power along its perimeter. Each pillar represents the city’s economical standing, its people, religion, and the government. Standing for over 400 years, the resplendent square now hosts a variety of festivals, parades, sports events and ceremonies.

Stone goal posts are situated on either side of the square, reminiscent of popular ancient Persian sports such as polo and horseback riding, which were used as symbolic displays of bravery amongst warriors. Also known as the Holy Saviour Cathedral or the Church of the Saintly Sisters, the religious site sits in the New Julfa district of Isfahan, Iran. Commonly referred to as the ‘Vank’ which an Armenian term for ‘monastery’ or ‘convent’, the cathedral was established in 1606 and forcibly constructed by hundreds of thousands of Armenians captured and resettled during the Ottoman War. Featuring an interior lined with fine frescos and gilded carvings, the cathedral showcases a wainscot of rich tile work and a delicate blue and gold central dome, depicting Biblical stories of the creation of the world and man’s expulsion. 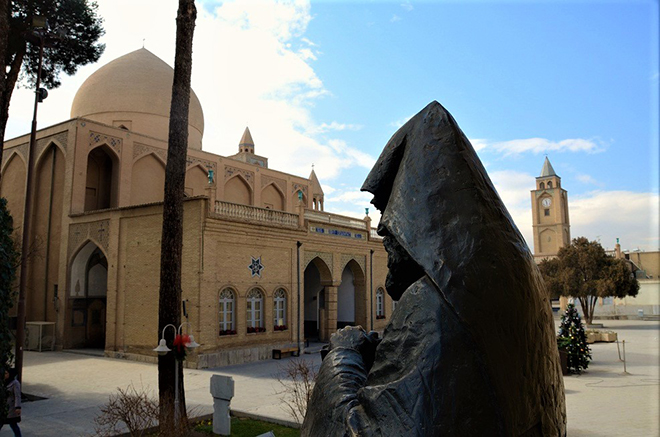 Outside, a large freestanding belfry towers over the graves of orthodox and protestant Christians, as tile work plaques inscribed in Armenian are situated by the cathedral’s entrance. Its other amenities includes a library and museum, housing over 700 handwritten books and innumerable valuable, one-of-a-kind resources for research on Armenian and medieval European languages and art, plus an array of ancient artefacts. Designed in tribute of the 2,500th anniversary of the Persian Empire, the Azadi Tower, formerly known as the Shahyad Tower, was completed in 1971. Featuring the combined elements of both pre-and-post-Islamic architecture, the tower stands 165ft tall and is covered in over 8,000 geometric patterns of white Esfahan marble. Located in the 540,000 sq.ft. Azadi Square cultural complex, the tower the capital city’s most distinguished west landmark, with traditional Persian gardens, immaculate lawns, fountains, lush flowerbeds – the Azadi Tower is one of the nation’s most awe-inspiring and Instagram-worthy heritage sites. Reflecting Iranian art and architecture in its most authentic form, the Chehel Sotoun Pavilion of Isfahan was constructed in 1647 for the king and decedents to host foreign dignitaries and other ambassadors. The pavilion thus features palatial terraces, stately reception halls and a 110m long pool lined with the most spectacular arrangement of roses, fruit and other foliage.

The Tomb of Ferdowsi 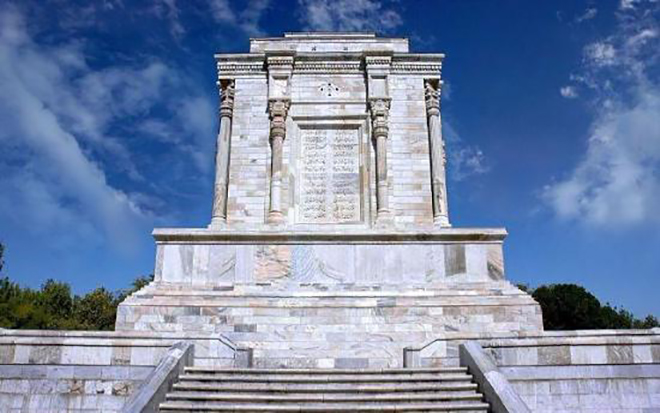 Composed of a white marble base and decorative edifice, the Tomb of Ferdowsi was constructed in the early 1930s and named after the Razavi Khorasan province’s most influential Persian poet.

Recognised for his role in defining the identity of Iran, long after his death, the rectangular Ferdowsi tomb was built under the orders of Pahlavi dynasty King Reza Shah, hundreds of years later. The Tomb of Ferdowsi has thus been the official resting place of the revered poet since 1934.