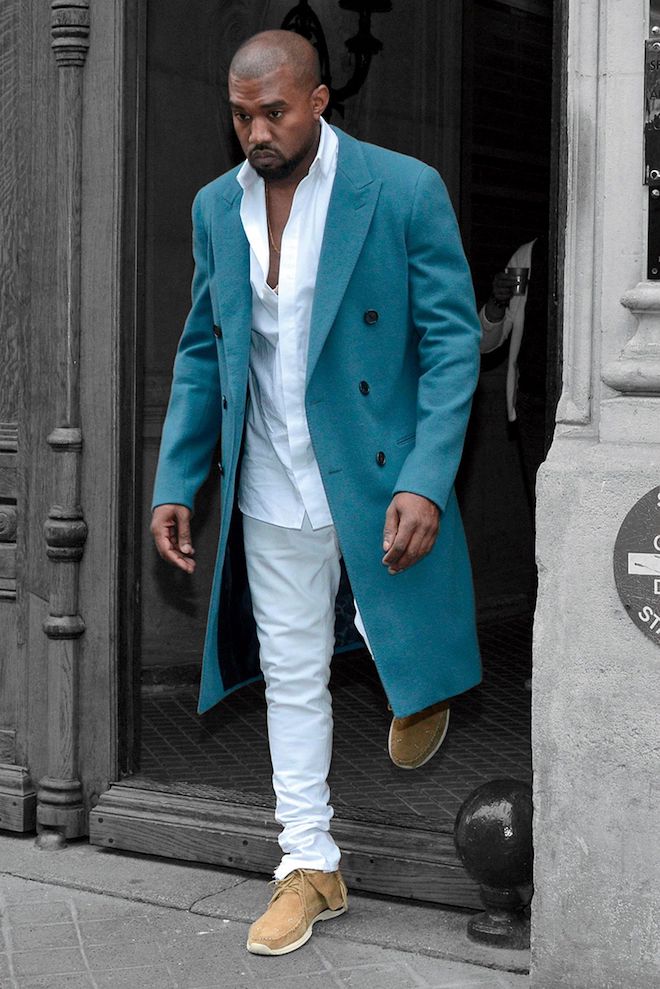 It’s no secret that Kanye West harbours ambitions beyond music. Whatever misgivings you have about his asshatery (President Obama’s description, not ours), Kanye does appear to have an aesthetic sensibility which has some commercial appeal. His Yeezy shoe line, first dropped with Nike in 2009 and then later to Adidas in 2013, has garnered cultural clout and commercial appeal. Air Jordans, a sneaker institution since 1984 does close to $3 billion in annual sales while Mr. West’s sneaker line, some 20 years younger is expected to top $1.5 billion in 2019 and more. 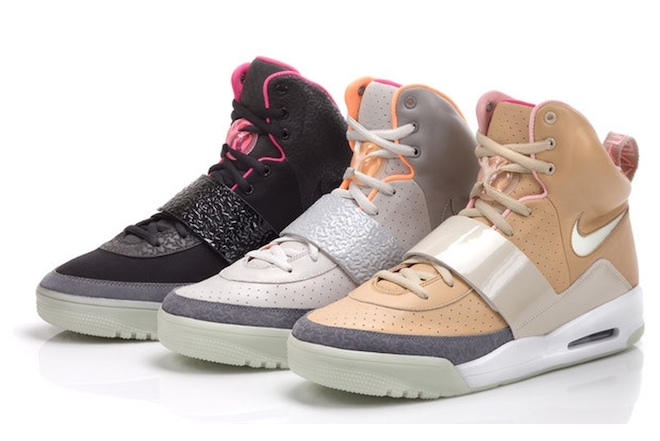 Within the last 6 years, Kanye parlayed his eye for details to furniture and architecture, giving rise to criticism and scorn which Héctor Tarrido-Picart, co-president of the African American Student Union (AASU) at Harvard Graduate School of Design passed off as “racist” and characteristic of a “long history of making fun of black people” which prevent African-Americans crossing over into “higher realms of culture” such as art, design and architecture, citing statistics from the American Institute of Architects showing that only one percent of registered US architects are African-American, despite making up over 12 percent of the total population. Kanye visited IKEA’s head office in Almhult, Sweden, meeting with Emma Johansson, Project Leader Interior Design for the Swedish furniture flat-pack giant in 2016, later on he collaborated with Italian architect and designer Claudio Silvestrin for the design of his West Houston Street New York SOHO.

Kanye West worked with Romanian architect Oana Stanescu of Family Architects previously for his Bel Air home and for his East Coast SOHO in New York, Kanye opted to work with Silvestrin. Considered a master of contemporary minimalism, Silvestrin won multiple accolades for his serene spaces and simple, essential form and it was this aesthetic which has been adopted by Turin’s Museum of Contemporary Art and Giorgio Armani stores, worldwide from 1999 to 2007 that was used for the 25 West Houston St. 4BC, New York SOHO. 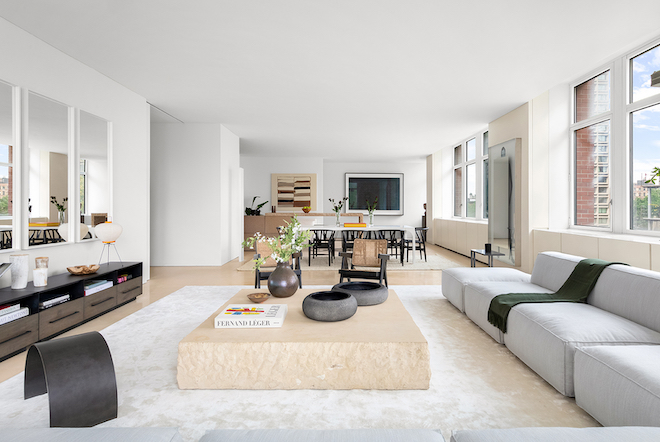 The former home of Kanye West and wife, Kim Kardashian was sold in 2018 but the many modern minimalist and organic touches that made it a signature home in the heart of New York’s SoHo district allowed residence 4BC to stand out.

Showcased in Vogue and Elle Décor, the 2,427 square foot space conveys unparalleled serenity thanks to its softly illuminated foyer and hidden floor-to-ceiling hallway storage which hides the clutter permeating most New York apartments. Thirteen oversized windows anchors the clean aesthetic with views of the chaotic city which never sleeps. 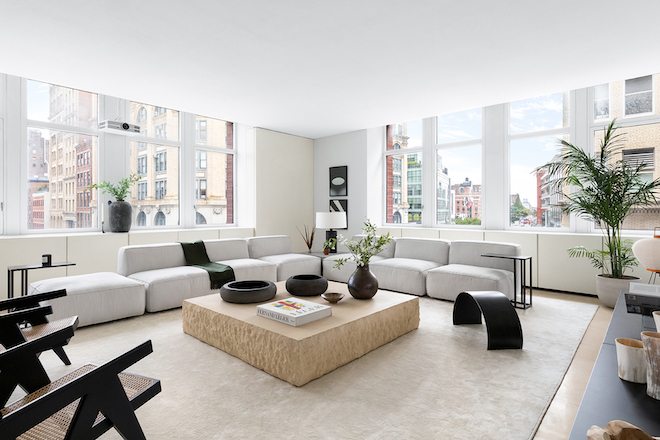 According to Spaces.com, the minimalist one-bedroom Soho dwelling was snapped up $3m in an off-market deal by another resident in the building. Originally two units, the fourth-floor New York apartment was combined into a dream loft by Messers West and Silvestrin with a palette of natural hues, pearwood cabinetry, and French limestone flooring and fixtures which Vogue reported helped inspire Kanye’s Yeezy Season 2 collection.

While not a literal centrepiece, the Kanye’s New York apartment is anchored by an impressive monolithic stone island within the kitchen, playing up the neutral tone on tone with the industrial aesthetic of Subzero and Miele appliances, along with customised Gaggenau cooktop. The open concept kitchen flows into the spacious living/dining rooms with high ceilings, making Kanye West’s tasteful former West Houston New York SOHO a brilliant backdrop for sumptuous artworks. 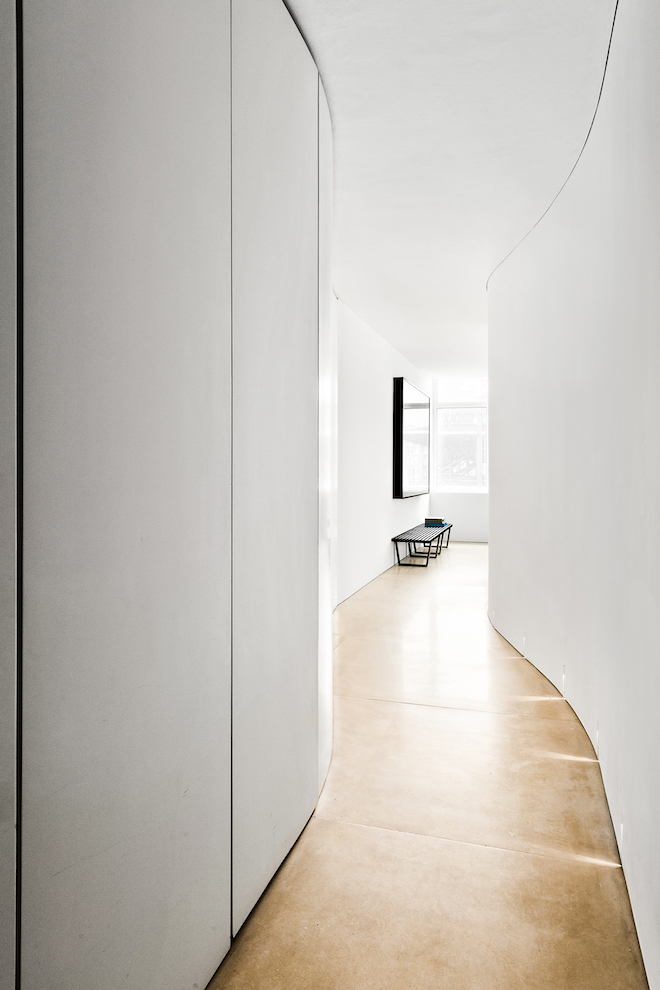 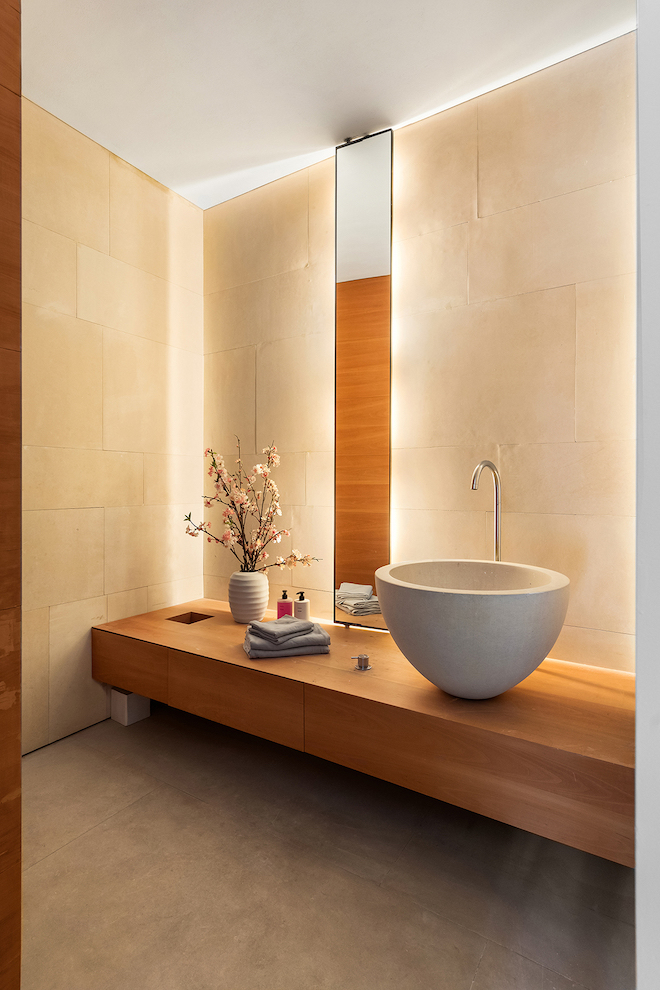 Kanye and Silvestrin’s minimalist decor extends into the generous master suite creating the perfect environment for contemplative respite while basking in the relative comfort of abundant of natural light, matched with ample closet space and a bathroom with a smaller, secondary stone island.

Kanye’s former New York apartment is currently configured as a one-bedroom but thanks to its history as two separate apartments, the ample space can be easily be converted to include a guest suite. The new owners installed additional creature comforts including a home automation system by Savant, automated window shades, custom lighting and audio wired throughout, a powder room and washer/dryer in unit. Two private storage units separate from the SOHO apartment are included in the sale.