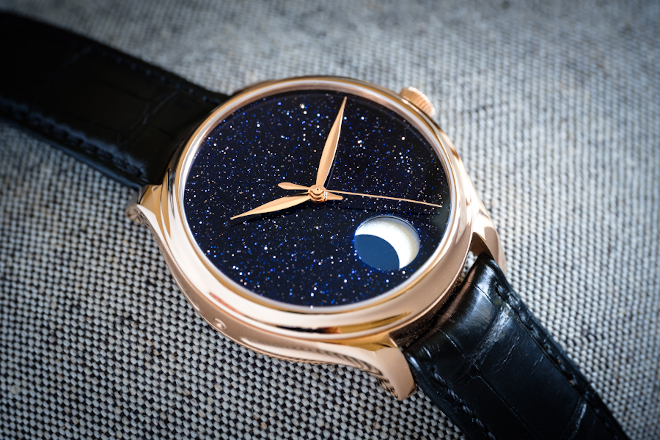 Even before the pairing of the darkest of nights with the brightest of lights in the Venturer Concept Vantablack Diamonds, H. Moser & Cie have always been recognised for its adherence to purist (that is to say, avoiding the over-wrought, detail deluge which plagues modern timepieces) watchmaking. The blackest black,  a material composed of a network of hollow carbon nanotubes was then applied to mesmerising effect in the Endeavour Perpetual Moon Concept, further amplifying the effect of the large moon phase indicator at 6 o’clock.

For 2019, the H. Moser Endeavour Perpetual Moon Concept Aventurine model, takes the beloved moonphase complication into its natural, if inevitable pairing: a moon phase indicator on a backdrop of stars. While it is certainly not its usual minimalist aesthetic, the high poetry involved in this pairing sans indexes and brand motif, continues to play up its lunar raison d’etre maximally. A form of quartz, Aventurine is popularly recognised for its translucency and the presence of chrome mineral inclusions that create a “starfield” effect; less popularly known is that the starry countenance of the material actually has a scientific term – aventurescence. Similarly not as popularly known, the Endeavour Perpetual Moon enjoys a “perpetual” pre-fix as opposed to other moon phase complications because it is the most accurate, serially produced, moonphase watch on the planet, requiring only adjustment for a day after 1027.3 years – a mathematical feat of micro-engineering accomplished by none other than famed independent watchmaker Andreas Strehler. Hence, the new Moser Endeavour Perpetual Moon Concept Aventurine is that perfect microcosm of art and mathematics.

The silvery moon of the H. Moser Endeavour Perpetual Moon, as with previous models in the collection, waxes and wanes at 6 o’clock, within an exquisitely proportioned window. Usually without starry accompaniment, the starlit twilight of the new Perpetual Moon Concept Aventurine augments rather than distracts from its purity and understated appearance, joining Earth’s neighbouring celestial body with the spectacular visage of the night sky. 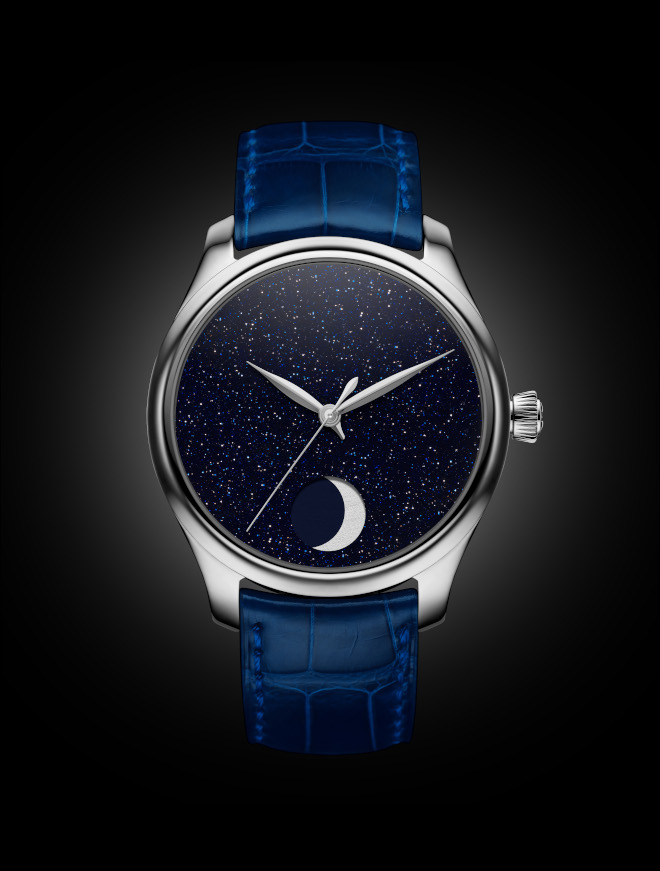 The new Moser Endeavour Perpetual Moon Concept Aventurine is available in two models: The more sensual of the two, the 5N red gold, but for those looking for a more spartan aesthetic, the steel edition acquits itself comfortably as well, magnifying the beauty of aventurescence where the gold offers a warmer, more luxurious look at the stars. An alligator leather strap completes the piece; black for the red gold model, midnight blue for the steel version. 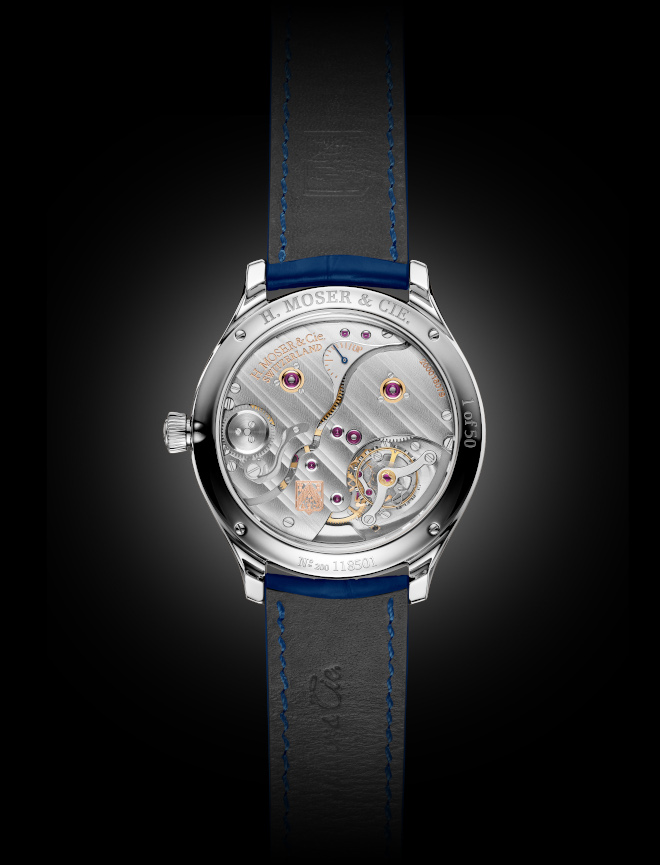 Driven by the HMC 801 hand-wound Manufacture calibre, the Endeavour Perpetual Moon Concept Aventurine is equipped with an interchangeable Moser escapement, for quicker servicing at the manufacture. While the Moser Endeavour Perpetual Moon is rated for a minimum 7-day power reserve, we have it on good authority that it comfortably runs for up to 9 days fully wound, attested by the fact that the indicator on the movement side barely moves even after two days use on maximum wind. The extremely precise moon phase display system can be set to within a minute, easily adjusted using the push-button located on the case flank, aided by the small central arrow-shaped seconds hand, which is a 24-hour indicator.