Established in 2010, Lyst is the world’s largest fashion search platform with thousands of stores and 5 million products from 12,000 of the world’s leading brands in its database. Tracking over 70 million shoppers from 120 countries, Lyst collects and converts data insight into informative posts, creating a unique platform for global fashion intelligence.

The 2019 Lyst Index is a quarterly ranking of fashion’s hottest brands and products based on the online shopping behaviors of nine million consumers – taking conversion rates, sales, social media engagement, mentions and statistics over a three month period into account. 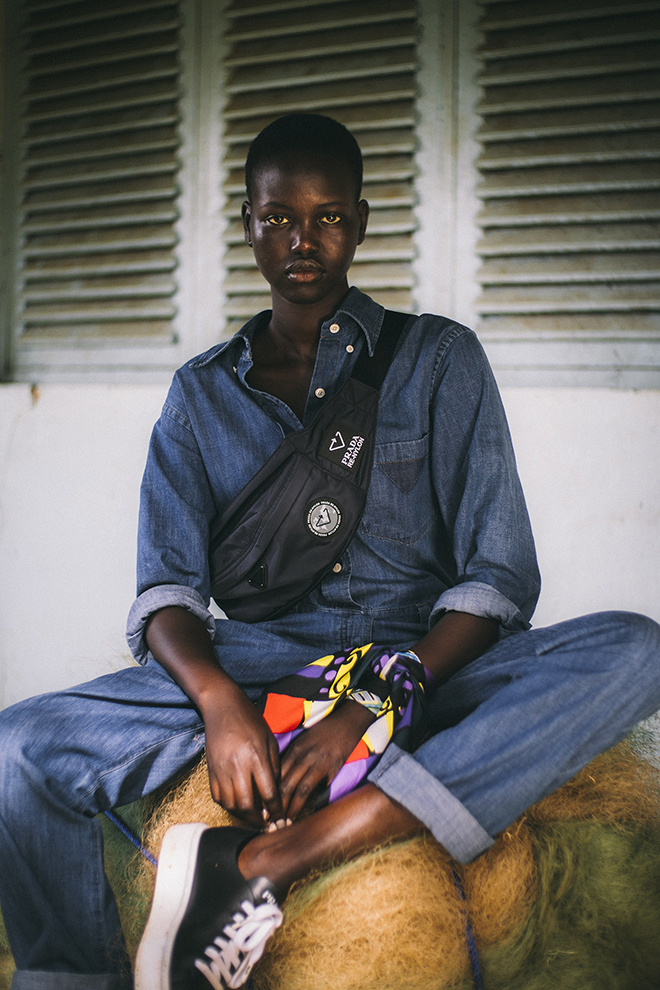 Since its inception in 2017, the Lyst list has retained 80% of the brands featured in the first edition, only making room for a handful of 25 new additions in total – an average of two new retailors joining each quarter. Of the 80%, Balenciaga, Gucci and Vetements are amongst the few which consistently rank highly in every quarter.

Despite this, there have been fluctuations. In 2018, Gucci ranked second, above Balenciaga, while Nike and YEEZY ranked fourth and seventh respectively. While Nike (137 million followers) is the most followed brand on the list, its fall in ranks could potentially be chalked up to its lack of collaborations and inconsistent shows. 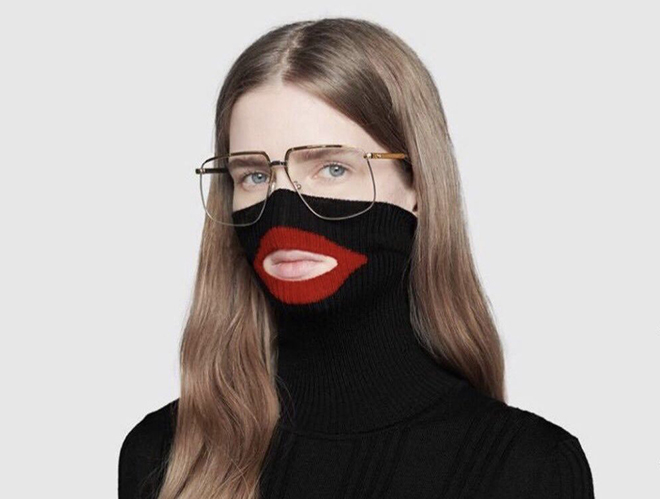 While YEEZY did not make this year’s list, Gucci’s descend was not unforeseen. As the 21st century millennial’s ultimate craze, Gucci faced backlash earlier this year following the launch of its ‘golliwog’ sweater. The ‘golliwogs’ idea, which refer to grotesque creatures with jet black skin, large red or white clown lips, and wild, frizzy hair – did not resonate with consumers, inciting a whirlwind of chaos and rage.

The black polo neck sweater designed to feature a collar stretching over the neck, mouth and nose with red thread shaped like a mouth was accused of “Blackface” imagery and racial profiling. Therefore adding fuel to an already sensitive societal issue at the worst timing – Black History Month. Although Gucci hastily pulled the sweater from both online and physical stores, and issued a lengthy apology, the damage was already done. 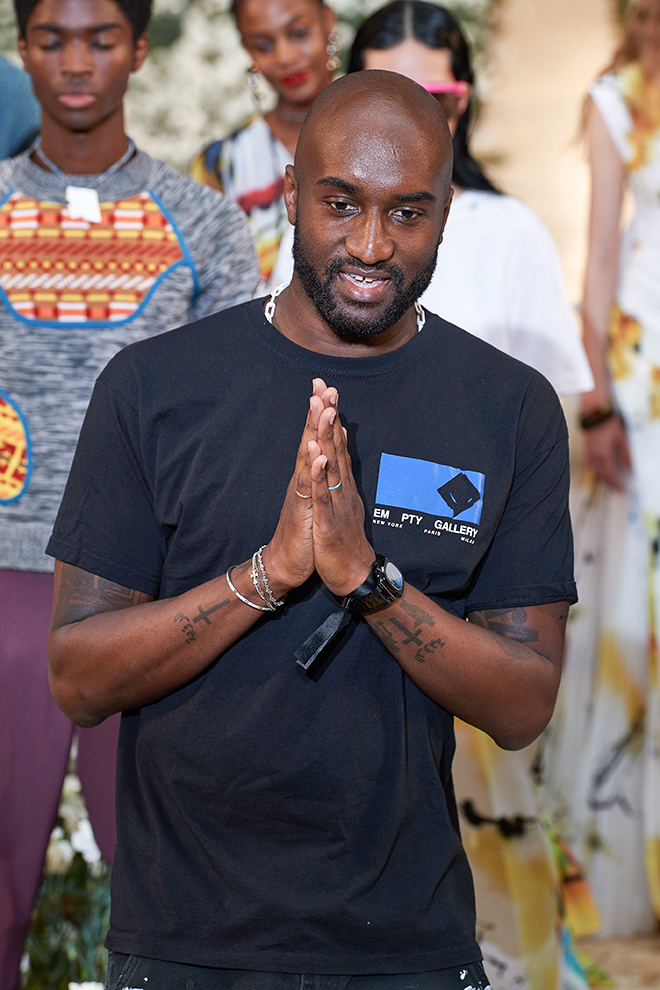 Founded by American creative designer Virgil Abloh, this luxury fashion label is based in Milan, Italy since inception in 2012. With 46 independent stores, Off-White products appear in retailer stores including Barneys, Selfridges, Harrods, Le Bon Marché and Dover Street Market. Producing lines for both men’s and womenswear, Off-White is a significantly younger brand in comparison to brands with longstanding heritage and history. Despite this, the label is well-received, with 8.6 million followers on social media. It’s designer, also carries a following of 13.3million. Off-White has successfully ranked first or second in the past 6 quarterly lists. 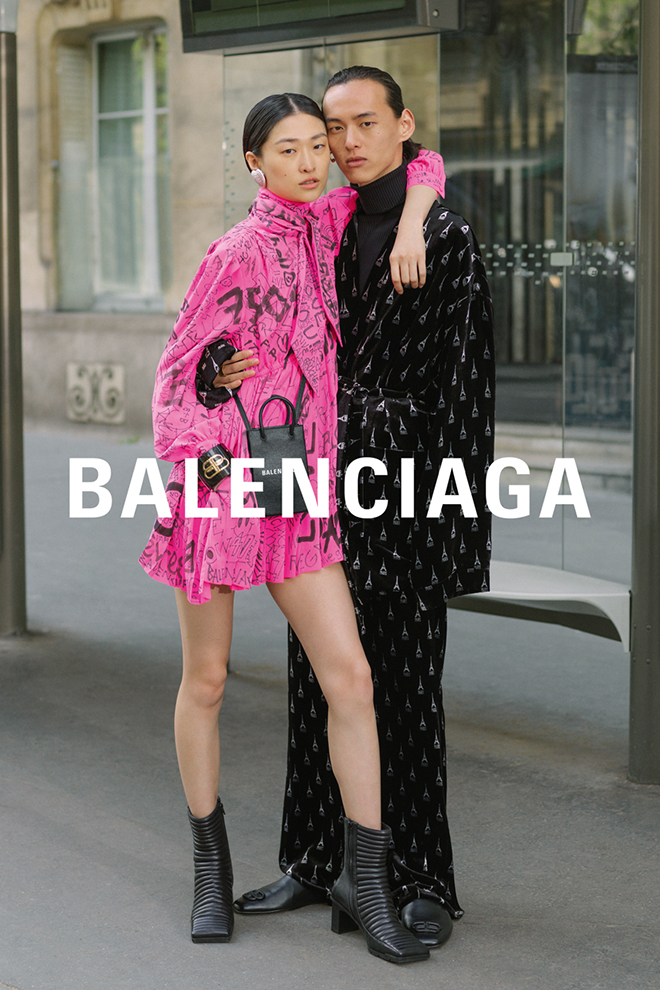 Owned by French multinational company, Kering, Balenciaga is a luxury fashion house founded in Spain by designer, Cristóbal Balenciaga. Described by Christian Dior as “the master of us all”, Balenciaga has an indisputable reputation as a couturier of uncompromising standard. Under the creative direction of Demna Gvasalia est. 2015, Balenciaga has a 10.6million following and its director has 48.6K.

In 2019, Balenciaga released a Fall/Winter campaign featuring real-life couples, along with paper-bag inspired phone holders. The brand had also launched a self-titled “Balenciaga: Shaping Fashion” exhibition in Australia – an extension of their existing exhibitions in Paris and London. 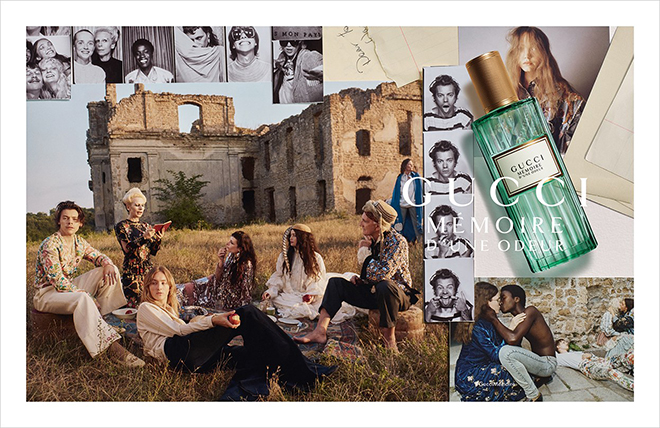 Started in 1921, this Italian luxury brand of fashion and leather goods was founded by Guccio Gucci in Florence, Tuscany. The brand was valued at US$12.1 billion in 2013 with sales of US$4.7 billion – ranking them 38th in Forbes’ World’s Most Valuable Brands list as of May 2015.

Alessandro Michele has lead as Gucci’s creative director since January 2015, with an Instagram following of 624K (Gucci’s following: 37.7 million). This year’s highlights include, Gucci’s announcement of its first gender fluid fragrance with Harris Reed and Harry Styles at the forefront, the launch of a fine jewelry collection, a new Global Head of Diversity, Equity and Inclusion hire, and the protest slogans featured on the hands of Gucci models in the Spring/Summer 2020 runway show. 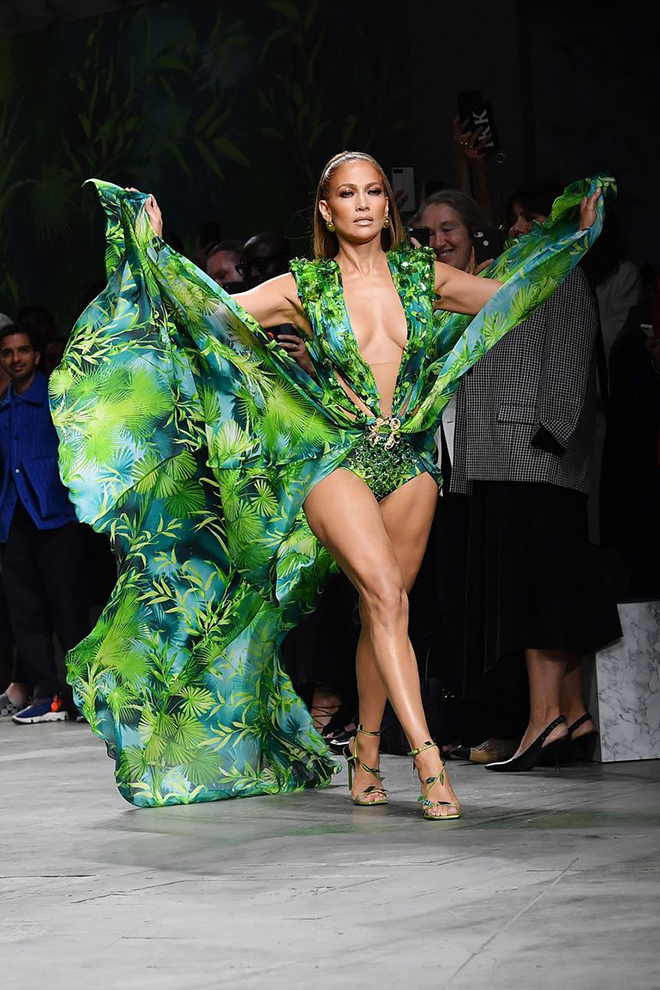 Founded by Gianni Versace in 1978 and succeeded by his sister Donatella Versace, the Italian fashion house produces accessories, fragrances, make-up, home furnishings and clothes for both genders. Versace has over 40 years of heritage and is a longstanding favorite amongst celebrities, with mainstream pop-culture and music features.

In Spring/Summer 2020 runway show closed with celebrity Jennifer Lopez rocking a re-editioned iconic jungle dress, inspiring Google to launch an image search. Other brand milestones for the year include Donatella Versace confirmation as a Stonewall Ambassador and ally of the LGBT community at the New York City Pride march. 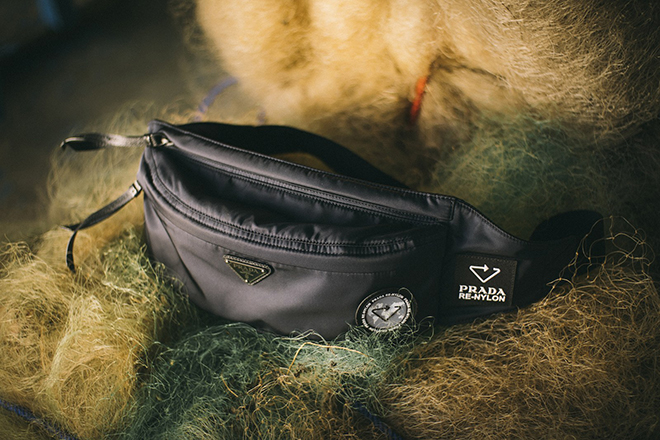 With 21.6 million followers on Instagram, Prada is an Italian fashion house based in Milan. Specializing in leather handbags, travel accessories, shoes, perfumes and ready-to-wear collections, the brand was founded by Mario Prada in 1913 and is currently headed by co-chief executive officer and creative director Miuccia Prada.

As one of the oldest brands on the list, Prada’s profits have skyrocketed nearly 50% in the first half of 2019 alone. Debuting the “Re-nylon” bag made from recyclable material, the brand also announced its consequent ‘Shaping the Future’ conference which delves into the 21st century’s issues regarding workplace ethics. Like the name suggests, this brand was founded by Valentino in Rome, 1960. Run under the creative direction of Pier Paolo Piccioli, the brand has garnered immense following with an online reach of 13.2 million.

Recruiting new celebrities faces, Adut Akech and Anwar Hadid now stand at the forefront of the brand. The Valentino house was full of surprises this year, announcing its next couture show in Beijing and launching new collaborative collections with Japanese fashion and streetwear brand, Undercover. 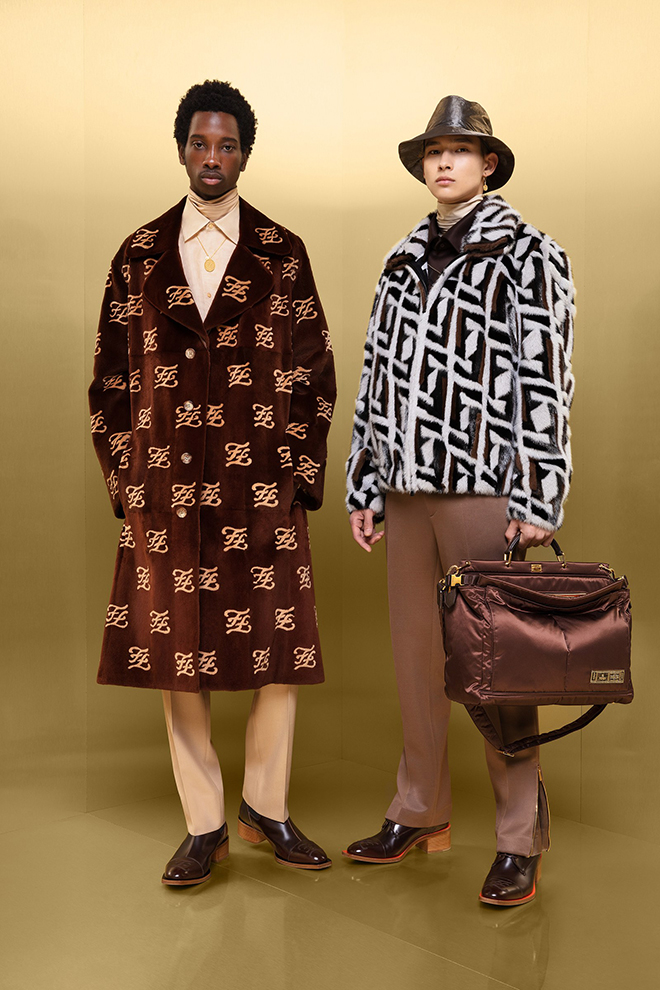 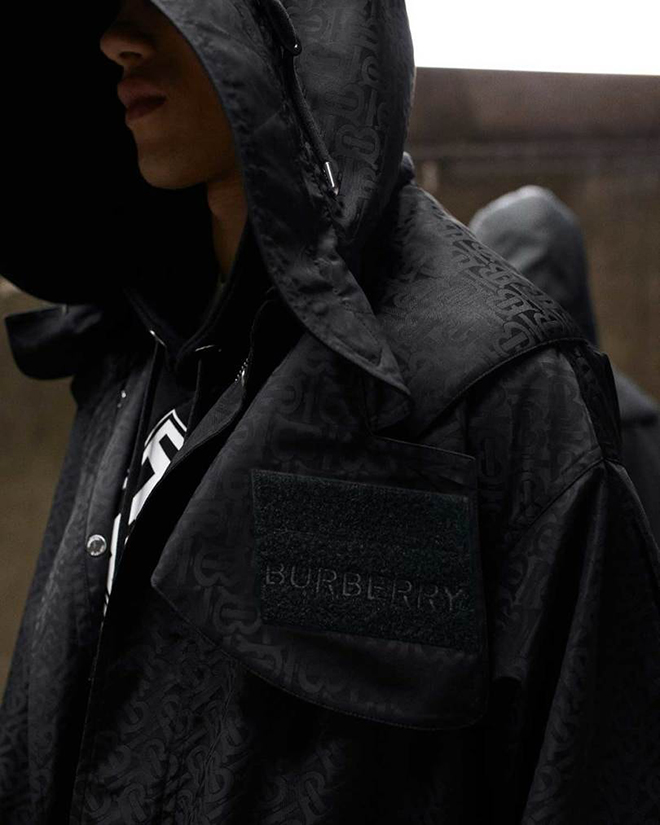 The British luxury fashion house has headquartered in London, England since 1856 when it was founded by Thomas Burberry. Revered for its stylish trench coats, accessories, sunglasses, cosmetics and other ready-to-wear outwear – Burberry reaches 16 million consumers daily through its prominent social media presence. It is also heavily involved in Instagram’s “Shopping From Creators” program while allows fans to shop the brand’s pieces through its social media feed. 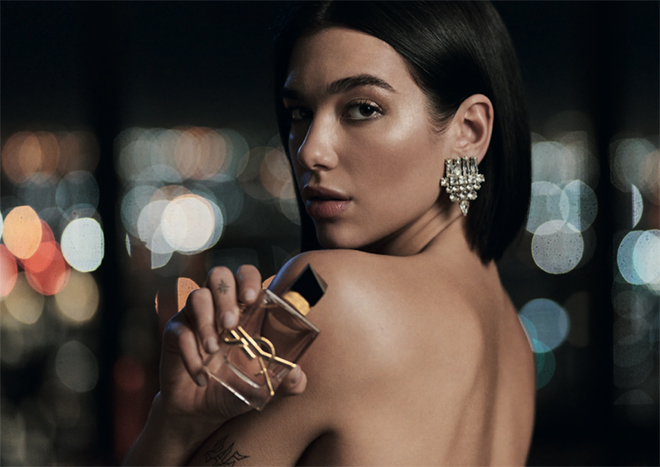 With a recent documentary release based on its founder, Saint Laurent has been making headlines all year round, releasing a “smart” backpack powered by Google which allows users to control their smartphone simply by tapping a strap. Beyond experimenting with touch-sensitive fabric technology, Saint Laurent has unveiled a new collaborative fragrance with Dua Lipa and launched the chicest flip-flops of the summer with Havaianas for just $65.

Yves Saint Laurent founded the brand in Paris, July 1961 with lifelong business partner, Pierre Bergé and since 2016, has continued under the creative guidance of Anthony Vaccarello. With a 7.3 million following on social media, YSL is considered one of the industry’s most innovating and revolutionary brands. 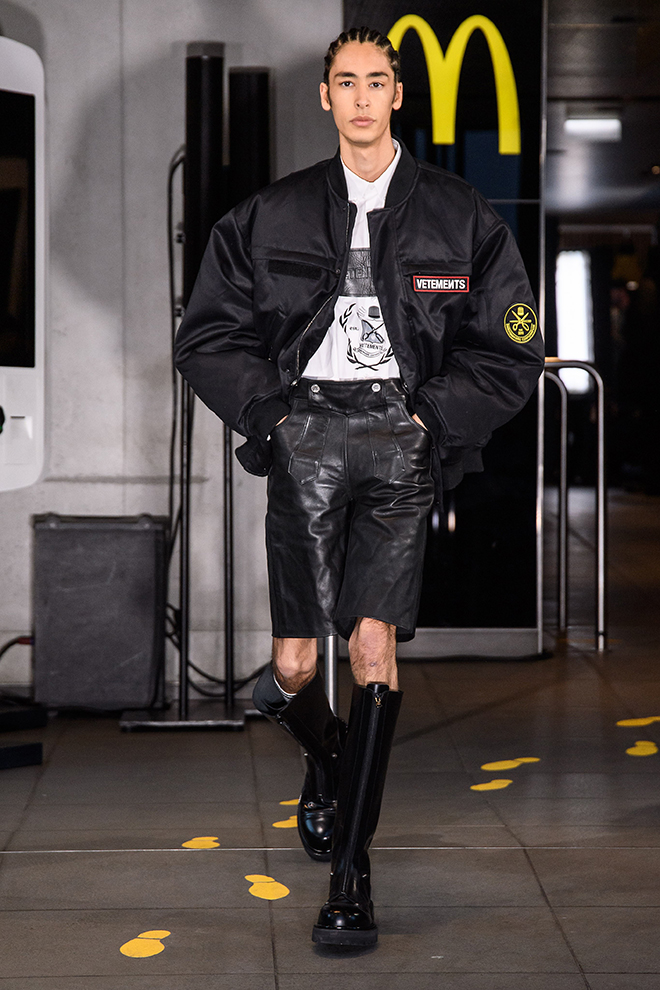 Vetements is the youngest brand to make the list, formed in 2014, the French clothing and footwear “design collective” and brand was founded by Georgian fashion designer Demna Gvasalia and CEO Guram Gvasalia in 2014. Based in Zürich, Switzerland, the brand’s explosive success has made it a staple in every young fashionista and hypebeast’s wardrobe.

This year, the brand’s designer announced his resignation, in order “to pursue new ventures” – but not before launching his final Spring/Summer 2020 collection in Paris…at McDonald’s. The collection featured hoodies with satire slogans like “It’s my birthday and all I got was this overpriced hoodie from Vetements”. Despite his resignation, Demna has continued on as the creative director of Balenciaga – a post he’s held since 2015. 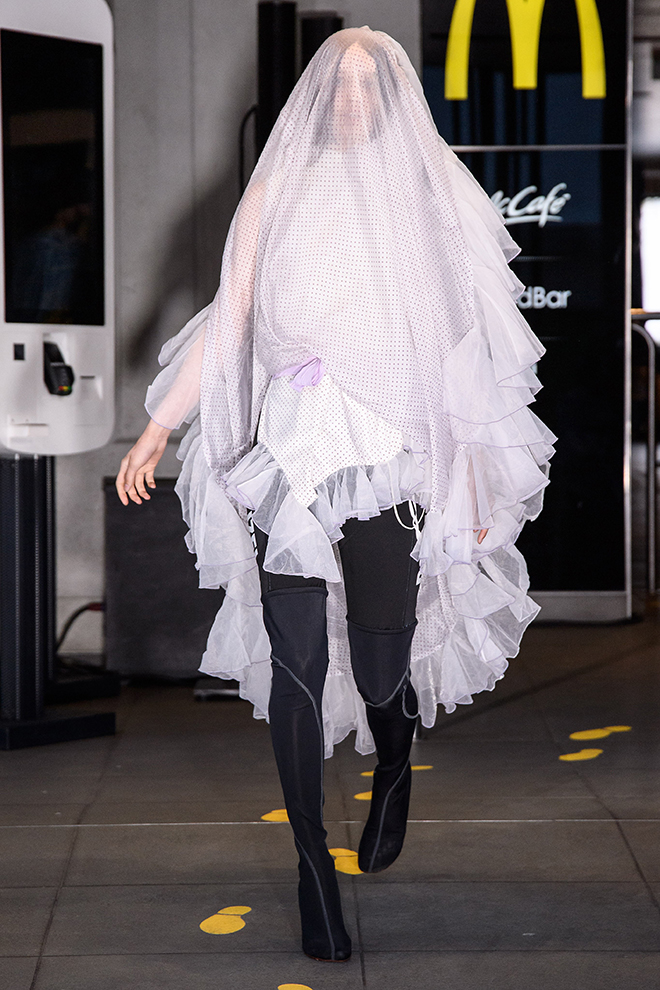 While there are a multitude of determining factors which affect rank, the most significant include product, pricing, social media presence and marketing, geographical base, as well as, consistent CEO and designers.

Though having an exorbitant social media following may not always be necessary (Vetements only has 3.6 million), engagement with celebrities and influencers remain an essential method in appealing to the masses. Having consistent CEO and designers also allow consumers to access the brand easily, and provide more platforms to receive information. Previous scenarios and the tracking of online following have suggested that consumer interest in the people behind the work, is high. A consumer’s ability to search, research, engage and relate to a designer, can help to directly boost brand image and maintain loyalty.