Francis Joyon, 63, and his crew will embark on the fourth and final Act of the IDEC Sport Asian Tour 2019/2020 on Saturday when they attempt to break Italian Giovanni Soldini’s record for the ‘tea route’ from Hong Kong to London. 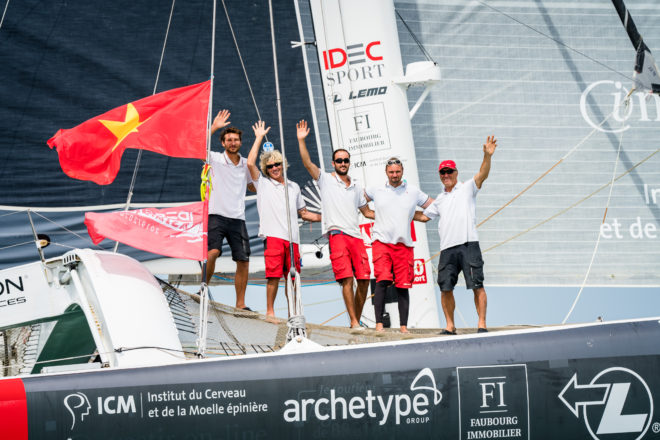 Soldini set the record of 36 days 2hrs 37mins in February 2018 on the Maserati Multi70 trimaran, sailing 15,083nm at an average of 17.4 knots. Last October, the Italian raced the same yacht in the Royal Hong Kong Yacht Club Nha Trang Rally.

“The crew is really enthusiastic about this so full of history, symbolising the trade between the British Empire and China,” Francis Joyon said. “We shall indeed be bringing some tea back to London, as the big clippers of the past used to do. This time it will be organic tea from a fair trade source, as that was something that was important for Christophe Houdet.”

IDEC Sport entered Hong Kong in late December, soon after arriving in Shenzhen following the completion of the third, shortest and so far most punishing of the Asian Tour’s four Acts.

The crew started Act 3 from Port Saigon in Vietnam and sailed the 844 miles of the theoretical course to Shenzhen in two days 20hrs 28mins, setting a first crewed reference time at an average of 12.3 knots.

“The boat has been through some harsh conditions, but for 36 hours, she was punished like never before,” Joyon said. “With headwinds in excess of 35 knots on nasty seas, she kept slamming violently in the steep waves. We were well and truly shaken up, so the finish near the many little islands blocking the way to Shenzhen was a huge relief for all the crew.” 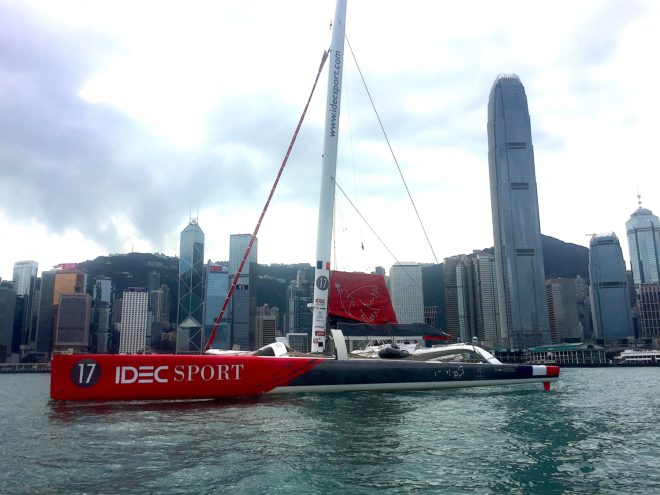 Heading across the Indian Ocean, through the Sunda Strait north of Jakarta, and then up the South China Sea to Vietnam’s biggest city, the theoretical route was around 4,000 miles but the team sailed about 5,400 miles because of the weather systems.

Joyon is the reigning Jules Verne Trophy holder after setting a new crewed round-the-world record on IDEC Sport in early 2017, sailing for 40 days 23hrs at an average of 26.8 knots. In November 2018, he sailed her to victory and a new record in the Route du Rhum solo transatlantic race.