Historic Italian builder Cranchi is set to celebrate its 150th anniversary in 2020 with the world premiere of a new 78ft flagship, Settantotto, at Boot Dusseldorf in January. Propulsion is supplied by triple Volvo Penta D13-IPS1350 engines, the most powerful in the IPS range, each delivering 1,000hp. 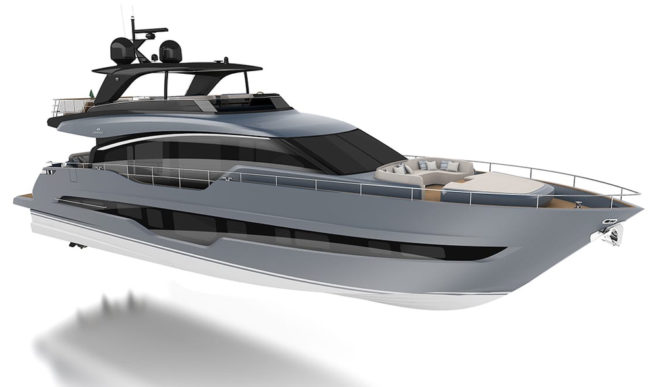 With an overall length of 81ft 6in, Settantotto is expected to reach a top speed of 32-33 knots, while other benefits from Volvo Penta’s IPS include reduced consumption, vibrations and noise. The Settantotto is the latest example of the historic partnership between Cranchi and Volvo Penta, which began in 1967.

The two companies celebrated earlier this year when the T36 Crossover – combining the designs of a trawler and a cruiser – won European Powerboat of the Year 2019 in the under-45ft category, with the awards held the day before Boot Dusseldorf. The T36 Crossover is fitted with twin Volvo Penta D4-300hp engines.

Guido Cranchi, CEO of Cranchi Yachts, says the award, the upcoming flagship and the world premieres of the E26 Classic and E26 Rider at last year’s Cannes Yachting Festival represent a new phase for the builder, which was founded in 1870 and is now owned by the fourth and fifth generations of the Cranchi family along with members of the Monzino family. 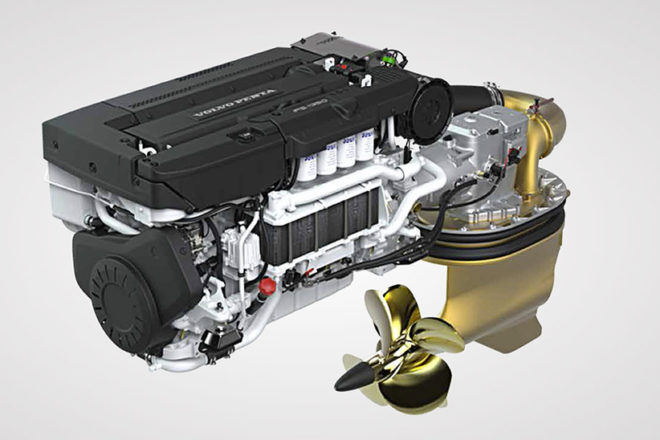 “The T36 Crossover initiated a new phase of renewal of our range,” Cranchi said. “The T36 Crossover, as well as the E26 that we presented last summer or the Settantotto that will debut at the beginning of next year, shine for their quality and originality. They offer the market something new.”

Cranchi, which has two production plants near Lake Como in Lombardy, has worked with Volvo Penta for over five decades and was one of the first companies to use the Inboard Performance System (IPS) when it was launched in 2005. Cranchi’s Mediterranee 43 HT, launched two years later, was hailed for its beautiful styling and impressive IPS technology.

Another milestone in the relationship was reached when Cranchi selected Volvo Penta IPS for three of its new Evoluzione flybridge models in 2016. The E52 F flybridge and E52 S hardtop yachts are both powered by twin Volvo Penta D8-IPS700s, while the E56 F flybridge yacht can be powered by either twin D11-IPS800s or D11- IPS900s. 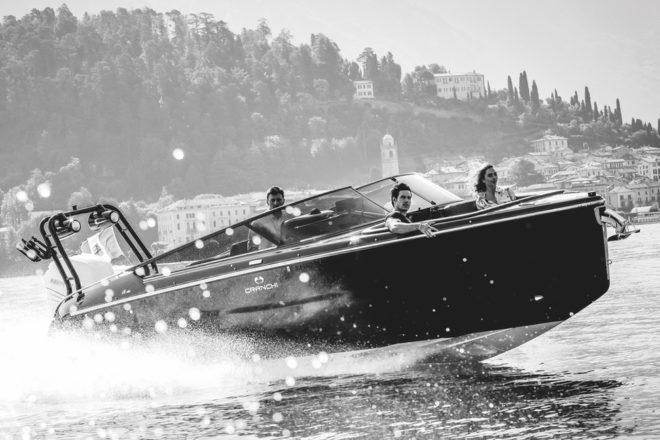 The E26 Rider was launched at the 2018 Cannes Yachting Festival

Aldo Cranchi, one of the company’s owners, said: “We have established a great partnership with Volvo Penta over the past 50 years, and it is a collaboration that we very much appreciate. Both of our companies have changed a lot over this time, but together we have shown that beautiful design and technological advancements work very well in harmony.”

Nicola Pomi, Volvo Penta’s Vice President Marine Europe, added: “Our relationship with Cranchi has come a long way over half a century, and we both have a philosophy of exploring new ideas. It is that spirit of combining new technology with traditional design and craftsmanship, that has seen Cranchi keep producing beautiful and high-quality new yachts.”