Qingdao first partnered with the Clipper Race in 2005 and is the longest-serving host port and team partner in the 23-year history of the event, with the 2019-20 edition marking the eighth consecutive race that China’s ‘Sailing City’ has featured in both roles. Chris Brooks from Essex, UK, is the Skipper for the Qingdao yacht in the 2019-20 campaign, while 23-year-old Brit Rhiannon Massey serving as Mate. The 63 members of the Qingdao team hail from 10 different countries and are aged between 23 and 72. Qingdao finished third overall in the 2017-18 race.

Qingdao first used the Clipper Race as a focal point for both building its credentials to host the Beijing 2008 Olympic sailing events and creating a powerful legacy as China and Asia’s leading location for international sailing events. There was also the aim to develop Qingdao as a powerful maritime city with a strong ‘blue’ marine economy and create a leisure-sport cluster along the route of the 21st Century Maritime Silk Road. 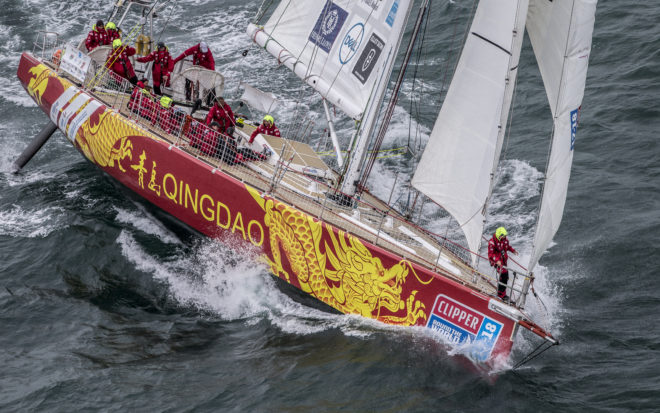 Over the last 12 years, the Clipper Race has brought thousands of crew, visitors, VIPs and business partners to Qingdao and China to boost tourism, representing Qingdao’s winter-season travel offer, and develop trade, with tangible deals and visitor-generated economic impact. Scotland’s Seumas Kellock is the Skipper of the Visit Sanya, China entry in the Clipper 2019-20 Race

This is the second race featuring Sanya as both a host port and team partner, with team Sanya Serenity Coast taking the overall win in its debut campaign in the 2017-18 Clipper Race.

The victory was not only a victory for Sanya, known as the ‘Hawaii of China’, but also made history, with Wendy Tuck of Australia becoming the first female Skipper in history to win a round-the-world yacht race.

In the 2019-20 edition, the entry from the tropical city is known as Visit Sanya, China, with Scotland’s Seumas Kellock as Skipper and Spain’s Jorge Infante Llorca as Mate. The 59 team members range in age from 27 to 68, and represent 10 different nationalities. 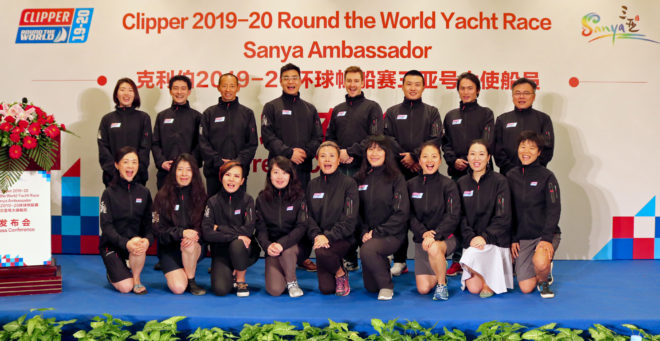 Sanya is using the Clipper Race as a business platform to build its reputation as an international sailing destination and further enhance the city’s long-term development strategy of combining sports and tourism. The City of Islands, Zhuhai is making its debut as a host port and team partner in the 2019-20 race, following a three-edition agreement. Record-breaking sailor Nick Leggatt of South Africa is the Skipper, with Scotland’s James Finney as Mate. There are 11 different nationalities among the 58 members of the Zhuhai team, who range in age from 18 to 66.

The debut partnership was made official at a signing ceremony in Liverpool, UK, and will see Zhuhai, along with Jiuzhou Holdings, collaborate with race organiser Clipper Ventures, on the 2019-20, 2021-22 and 2023-24 editions of the global event. 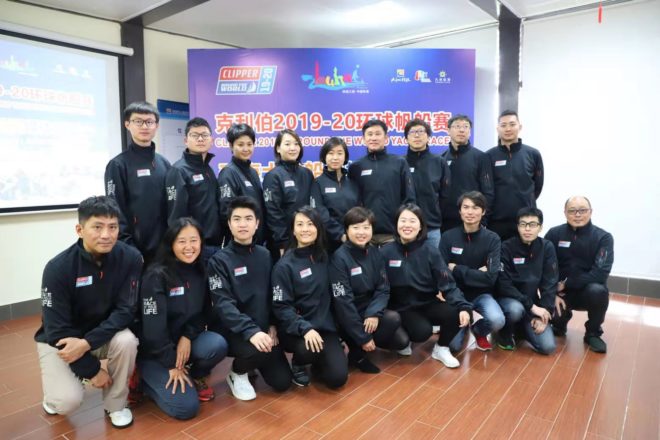 Zhuhai is located close to Hong Kong, Guangdong and Macau, and has the largest coastal area in China, many beautiful islands and excellent conditions for sailing. Zhuhai is also one of the home cities of the new Hong Kong-Zhuhai-Macau Bridge (HZMB), the world’s longest sea-crossing bridge.