Zhang Minghao is busy preparing to become the first Sanya representative to complete a circumnavigation in the Clipper Race and only the second Chinese to achieve the feat, following Vicky Song’s full participation on Qingdao in the 2013-14 ‘round the world’ classic. 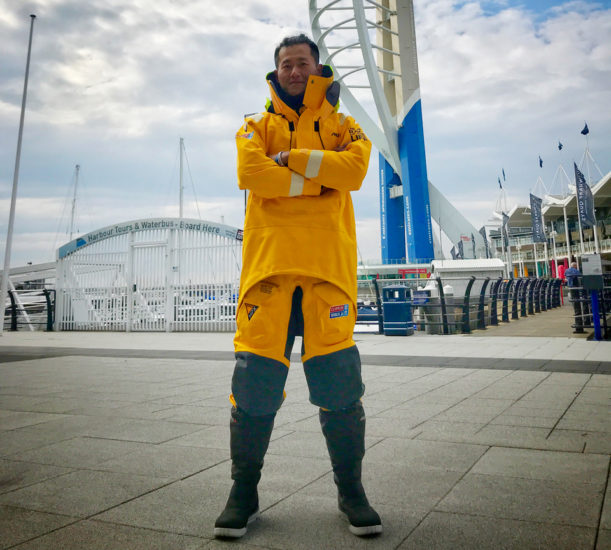 In the 2017-18 edition, Zhang was one of two media crew on Sanya Serenity Coast and sailed seven of the eight legs during the 11-month challenge, but the TV producer and cameraman missed the journey from Uruguay to South Africa due to pre-arranged work commitments.

For the upcoming 2019-20 race, which starts in London on September 1, Zhang is scheduled to complete his ‘missing link’ by sailing just the second leg, the South Atlantic Challenge Leg from Punta del Este to Cape Town, a journey that starts on October 23 and is scheduled to last between two to three weeks.

“I want to complete my race circumnavigation and I’m working hard to make sure I achieve it,” said Ming, who’s scheduled to complete Level Four of his Clipper training in the UK in August, along with his RYA Yachtmaster Offshore course.

“I sailed nearly 40,000nm in the last Clipper Race and learned a lot from my teammates. There are a lot of times in life when if you want to give up, you can find tonnes of reasons, but the only way to achieve a goal is persistence.” 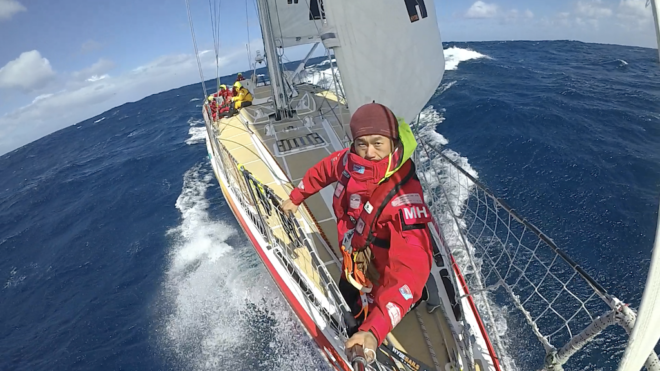 Zhang was inspired to compete in the Clipper Race by Guo Chuan, who became the first Chinese crew in the race when he sailed from Singapore to the Philippines to Qingdao in the 2005-06 edition. In 2013, he became the first Chinese sailor to sail solo and non-stop around the world, but in late October 2016 was declared lost at sea during a solo crossing of the Pacific.

“Guo Chuan recommended me to compete in the Clipper Race as he said it’s the fastest way to learn offshore sailing,” said Zhang, who has also been inspired by Song, a sports presenter, with the pair even training together towards their RYA Yachtmaster course this summer at the Hamble School of Yachting, owned by Clipper Ventures.

“Guo Chuan guided me to have a dream of offshore sailing and Vicky helped me feel that I had the chance to achieve this goal. Now that I’ve been studying with Vicky, I can see why she was the first Chinese woman to sail around the world. She has the right characteristics for a circumnavigation, like tenacity, persistence and a real desire to explore remote places.”

Zhang said that the Clipper experience has changed his life and also his personality, and hopes that the race will prove similarly inspiring  for his compatriots for the 12th edition, with a record 48 Ambassador Crew from China competing on a record three yachts from China: Qingdao, Visit Sanya and, for the first time, Zhuhai. 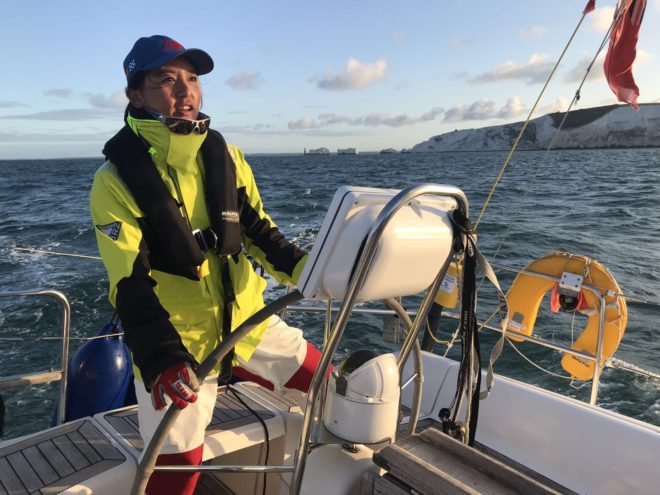 In 2014, Vicky Song became the first Chinese to complete a full circumnavigation in the Clipper Round The World Yacht Race

“Sailing in the Clipper Race was a totally different lifestyle to my pace of life before. The time flew by for nearly one year. I never thought it would have such a big influence on me and change my whole life. It was much tougher than I thought, living and sailing with more than 20 people you don’t know.

“I went through wind, waves, cold and hot, but the toughest thing was not the 40-knot winds on the Southern Ocean or 8m-high waves, but the deathly stillness when there was no wind. It was just like in life. When I can do nothing, that’s the craziest feeling and when I felt my most helpless. That’s my strongest memory.

“However, when I faced the world again, I became calmer and now I believe that if I remain calm and try my best, I can overcome any difficulties. Sailing the race is not just a challenge; it’s a chance to change your life.” 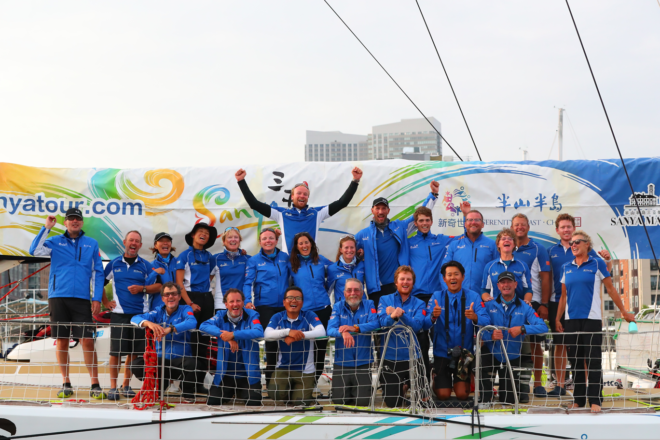 Zhang (bottom row, second right) and the crew of Sanya Serenity Coast, winners of the Clipper 2017-18 Race as the Hainan Island city made its event debut

Many of the Chinese crew started their courses in May, but it’s far from a formality. The four levels get incrementally more challenging and each crew must pass every module before joining the race.

These sailors include female film director Guan Xi, who succeeds Zhang as media crew of Visit Sanya and plans to complete all eight legs. In fact, ambassadors are of all ages and come from all walks of life, and include a graphic designer, engineer, CEO, bilingual event host, snowboard instructor and teacher. And a determined TV cameraman returning to resolve some unfinished business in the South Atlantic.