A member of the Thai Yachting Business Association, Asia Yacht Agency is among the leading charter companies in Phuket and currently has access to over 30 charter boats including models from the world’s leading luxury yacht brands, such as a Princess 60, Riva 70 and a Sunseeker 90. 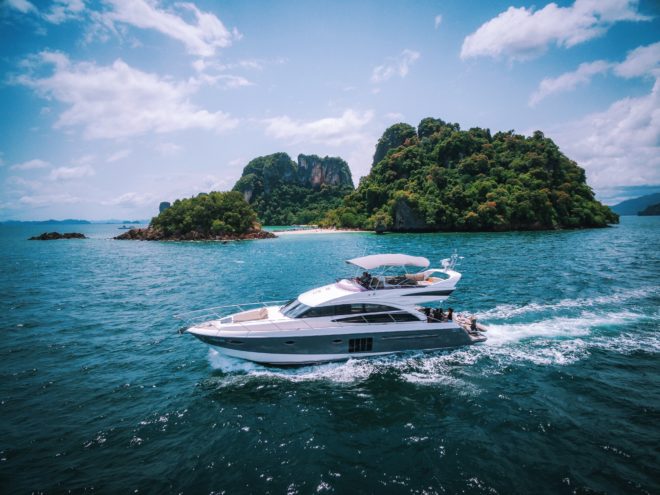 Founder Olivier Payen has been based in Phuket since 2005 and in the boating business for over four decades, while his business partner Worawan ‘Poom’ Hokprasit has worked in the yachting industry for 15 years, having previously specialised in hospitality in five-star hotel and resorts.

“We have many boats for day and overnight charter in Thailand, from a small luxury boat of 26ft up to a 135ft superyacht,” says Worawan, the company’s Charter Director and a Board Member of TYBA, which is organising the inaugural Thailand Charter Week from November 16-21.

The seven smallest boats, including an Admiral 40 sailing yacht, are suitable only for day charters, while all the larger models can do both day and overnight charters.

The range of larger motor yachts include the 65ft L’Orientale built by Cheoy Lee in 1978 and refitted in 2018, a Sunbird 80 that also had a refit last year, a Spanish-built Astondoa 102, the 34m Moonen Xanadu and the 135ft Rodriguez Ocean Emerald, designed by Norman Foster and one of Asia’s iconic charter yachts. 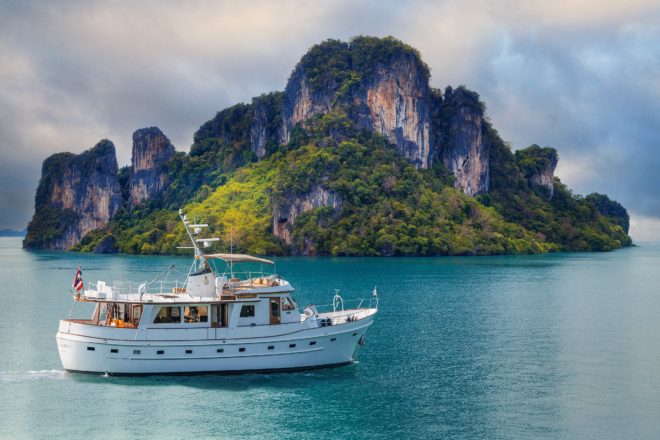 There are also several sailing yachts in the range including Lagoon 54 and 56 catamarans, the beautiful 95ft wooden ketch Aventure, the 99ft schooner Dallinghoo and a Sparkman and Stephens 104 sloop built in Thailand and launched in 2011.

Asia Yacht Agency is focused on departures from Phuket and iconic charter destinations include Phang Nga Bay, Krabi and the Phi Phi Islands, as well as the Similan Islands.

Worawan’s recommendations for a day charter include an eight-hour tour of Phang Nga Bay and Koh Hong Krabi, departing Ao Po Marina at 9.00am and starting with a slow cruise into Phang Nga Bay, taking in the majestic limestone pinnacles.

Destinations include Phanak Island, where there’s the chance for photos of the spectacular rock formation, and Koh Hong Phang Nga, where guests can kayak inside this breathtaking limestone karst and explore caves and mangroves in the interior. 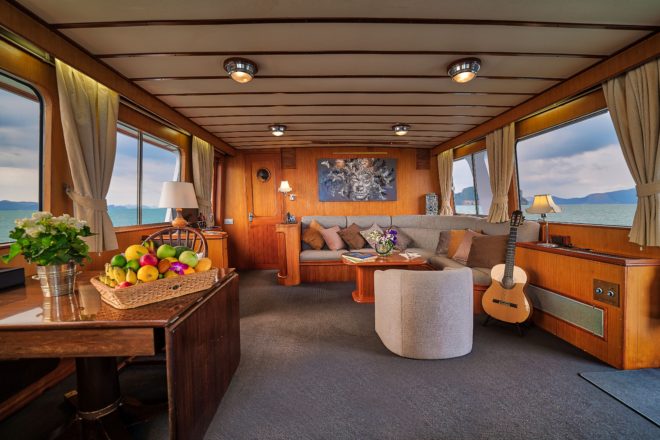 There’s also the iconic Khao Ping Kan and the striking 20m-high Tapu Island, both collectively known as ‘James Bond Island’ following their appearance in the 1974 release, The Man with the Golden Gun. Then it’s over to Koh Pak Bia to anchor among the beautiful scenery while the crew serves a delicious lunch for guests who can also enjoy chilled fine wines and beer.

After lunch, take the chance to jump in the water for a swim and a bit of snorkelling. There’s also the chance to swim at a different Koh Hong, an island off the Krabi coastline, where you can also snorkel just off the beach and relax in the lagoon.

At 4.00pm, it’s time for the slow cruise back to the Phuket while the sun starts to set, typically arriving at Ao Po at 5.00pm. Worawan suggests the two Rok Islands, near Koh Lanta, for an overnight charter. The two islands, Rok Nai and Rok Nok, are next to each other and situated in Mu Koh Lanta National Park. Clear water and coral reefs make the two islands famous for diving and snorkelling, while they also have great beaches to relax on. As well as the Rok Islands, Worawan recommends overnight charters to the Similan Islands, northwest of Phuket, for diving.

The Similans comprise nine uninhabited tropical islands in the Andaman Sea and offer world-class snorkelling and diving. The islands are famous for their white-sand beaches, which are fringed by extensive coral reefs that are home to a rich variety of marine life.

The islands are covered by tropical rainforest, with large granite boulders creating unusual rock formations. The islands are typically open to the public from mid-October until mid-May, Phuket’s high season, but dates may vary each year depending on the weather. 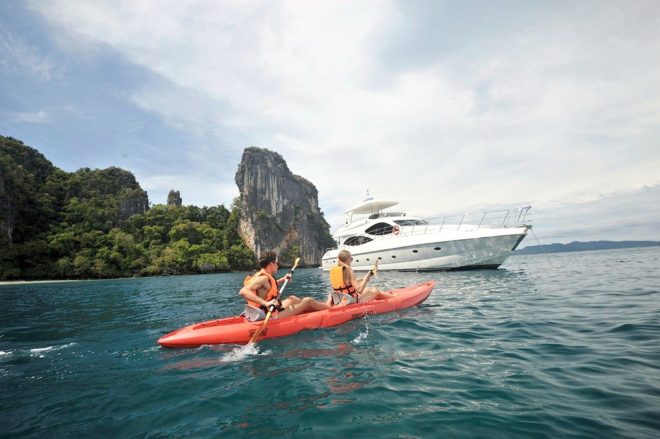 Those wanting to dive on a day charter could choose Koh Dok Mai, about 15km east of Phuket’s south coast, or the larger and much more famous Phi Phi Islands, another 30km or so east.

The Phi Phi Islands’ popularity increased when Maya Bay was used in the Leonardo DiCaprio film The Beach, while visitors can also come up close to monkeys on Monkey Beach, which is also a good spot for snorkelling.

The Khai Islands, east of Phuket, are among those and its shallow waters make them particularly suitable for those travelling with children, while the Rang Islands, even closer to Phuket’s east coast, are well known for a local pearl farm. To the south of Phuket are the Racha Islands – Racha Yai and the smaller Racha Noi to the south. The islands are also a good destination for a diving day trip and an excellent spot for fishing.

Toys typically vary on the size of the boat and its storage options, but options can include jetskis, waterskis, donuts, stand-up paddleboards, kayaks and floating beds.

According to Asia Yacht Agency, the six months from May through October is Phuket’s ‘value season’, while the high season spans from November through April although that includes a peak season from December 20-January 10.