The charter arm of Asia’s largest yacht dealership, Simpson Yacht Charter (SYC) offers an extensive range of yachts and itineraries across Asia, from the Maldives in the Indian Ocean to Myanmar, Thailand, Malaysia and Singapore, across to Vietnam, Indonesia, Philippines and Hong Kong. 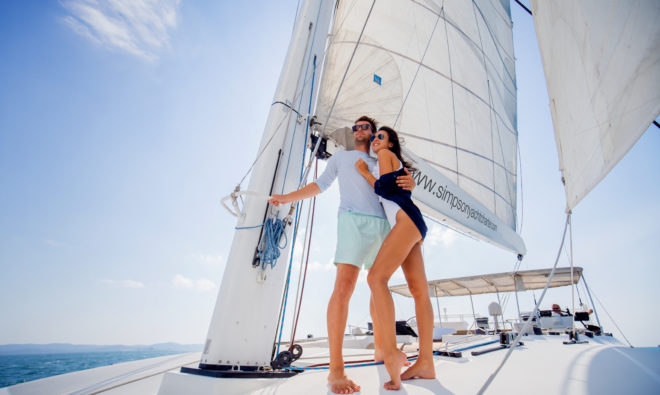 It has a list of 180 yachts that cover destinations across the globe such as the Mediterranean, Caribbean and even the South Pole, but the core of the company’s charter business remains in Southeast Asia.

Despite Simpson Marine’s long history in charter, SYC only started operations in 2013 in Phuket with a Lagoon 440 and 450, which were under yacht care and available for bareboat charters. Its charter base remains in Phuket where it has over 10 yachts under its management.

“SYC’s charter base remains boutique in scale in Phuket, which enables us to offer a highly-customised service level and have more focus on fulfilling every request from our charter clients. Our boats are either new or have been superbly maintained by our own yacht care team or the permanent onboard crew,” says Reanna Wang, SYC’s Group Charter Manager.

“With these principles and values in mind, SYC has listed boats all over the world’s major charter cruising regions with like-minded, high-end local operators that strive to deliver individualised services.” 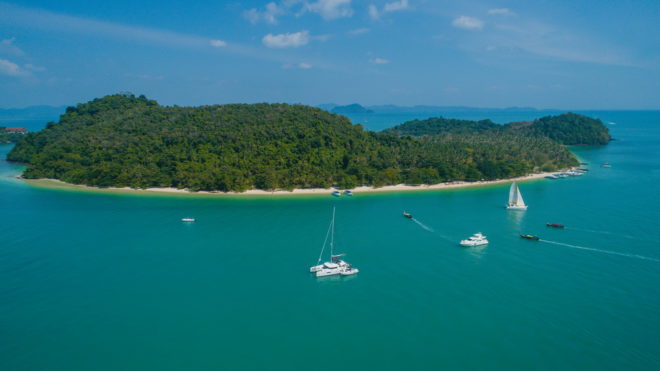 LAGOONS SPREAD ACROSS THE REGION

Lagoon sailing catamarans are among the stars of the SYC fleet and include two 620s, including the Malaysian-flagged Primetime, which completed a refit this year and is fully equipped for scuba diving.

The aft deck has been customised for diving and finished in marine teak, and is ideal for eight divers. Divers can be lowered into the water – and come out – via the hydraulic dive platform or just dive in from the starboard transom.

The yacht has four cabins for eight guests and is served by an international five-strong crew including Swiss owner and cruise director Chris Keller, who has done over 1,000 dives, Captain Cirilo ‘Jhun’ Ortiz, a former Philippines national team sailor, and dive instructor Jamie Piyada of Thailand, the 2012 Miss Scuba International. 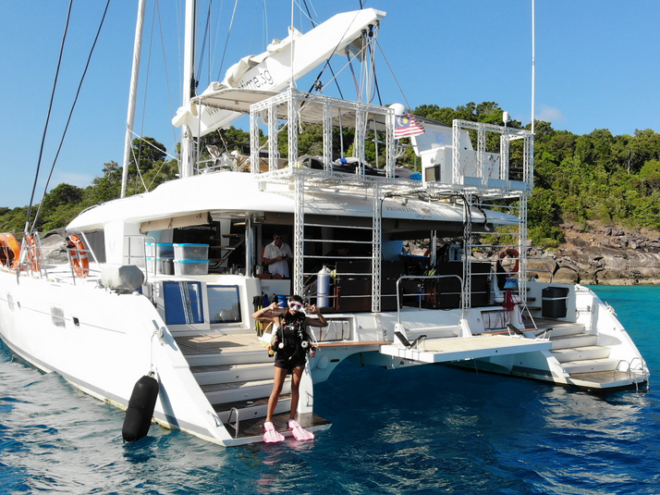 The Lagoon 620 Primetime is designed for diving, including a specially built aft deck

From July through November, Primetime’s charter destinations include East Malaysia and the pristine Anambas Islands of Indonesia, situated between Singapore and East Malaysia. From February to May, the yacht will be in the Philippines where her destinations will include Cebu and Palawan.

Langkawi-based Jyohana is another Lagoon 620 in the fleet, also had a refit in 2019 and typically charters between Langkawi and Phuket, or from Langkawi into southern Thailand waters and back. Like Primetime, Jyohana measures 18.9m in length with a beam of 10m, so offers enormous space.

The yacht has four cabins for eight guests, but with only  three crew it has the space for an enormous master suite on starboard side and is ideal for a luxury trip for a family of multiple generations. 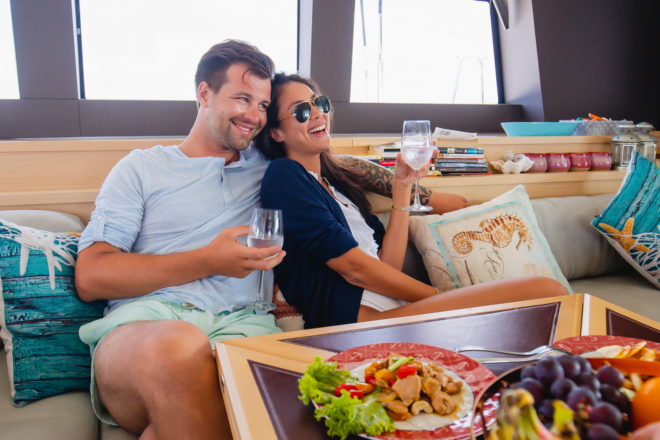 The Lagoon 620 Jyohana has a beautifully bright and colourful saloon

The main deck features a beautifully light, modern and spacious open-plan saloon, as well as a huge amount of outdoor space for al fresco dining and relaxing, forward and aft. The expansive flybridge has sunpads and is sheltered by a bimini.

SYC’s other Lagoons include the 52F Blue Moon, a Thai- flagged 2018 model that arrived in Phuket last year and can accommodate 10 guests in five cabins. The yacht is usually served by two crew, but three are recommended for more than eight guests. So far, charterers have been full of praise, with recent testimonials including “best sailing trip we had so far” and “beyond amazing; everything was great”.

Blue Moon is based in Phuket and typical charter destinations include around Thailand, south to Malaysia or north to the Mergui Archipelago in Myanmar. Among the yacht’s many appealing features are its light, modern interior and its toys, which include a RIB tender, two inflatable kayaks, an inflatable paddleboard and snorkelling gear for 10. 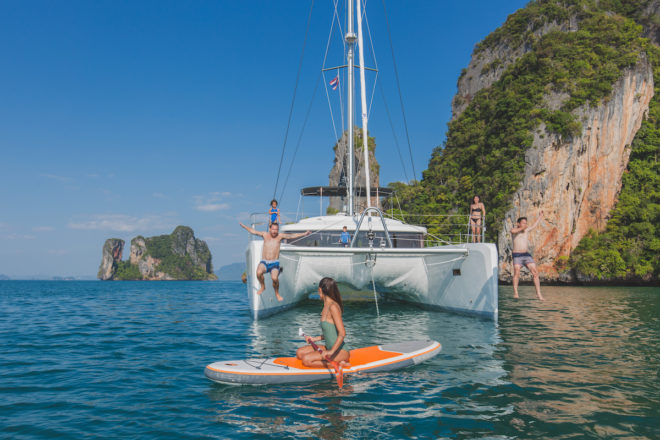 The Lagoon Seventy7 Joy, which only launched last year, is one of the most exciting additions to the SYC fleet. Among the world’s premier sailing catamarans, this ‘gentle giant’ spans 23.3m in length and has a beam of 11m, with an enormous saloon, aft deck and flybridge, as well as four beautiful guest cabins.

The Cayman-flagged Joy spent the northern winter and spring in the Caribbean, and is one of only a few of Lagoon’s sailing flagships available for charter. 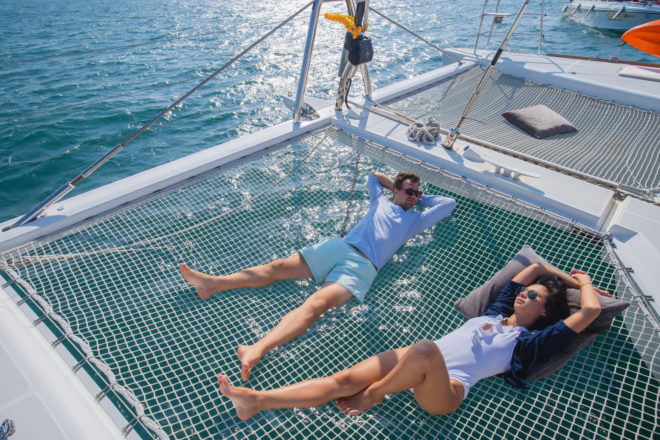 However, from August, the four-cabin Joy will be based in Tahiti in the South Pacific and operating charters in French Polynesia. It’s an enticing, exotic setting for the yacht, which has a 5m RIB tender with 100hp Honda outboard and is equipped for snorkelling, fishing, wakeboarding and waterskiing, while toys include paddleboards and inflatables.