This year’s edition of the Cannes Yachting Festival (September 10-15) marks a bit of a shake-up as the motor and sail boats event are completely separated, with all motor yachts lining up in the main hub of Vieux Port and over 100 sailing boats lining up in Port Canto, a shuttle ride away. Azimut Yachts and Ferretti Group are again Vieux Port’s dominant exhibitors. Azimut is staging the world premieres of the Grande S10, 78 Flybridge and Atlantis 45, which are all covered in the World Premieres feature in Yacht Style Issue 49. The trio are among 21 Azimuts on show, representing the Italian shipyard’s five Collections.

Marco Valle, Managing Director of Azimut Yachts, said: “There’s no question that Cannes represents a strategic event for our brand. This year I’m particularly happy to be showing three yachts like S10, Azimut 78 and Atlantis 45, all so different but equally important for what they can add to their segment. Exhibiting three boats with such distinctive features is the best way for us to open the yachting season.”

Azimut’s sister company Benetti is exhibiting the Asian-owned Bangadang, the eighth hull of the Fast 125 series, Aslan, the seventh Delfino 95, and Botti, the third Mediterraneo 116.

Ferretti Group’s 25-strong fleet includes the world premieres  of the Ferretti Yachts 720 and 48 Wallytender. Other 2019 models include the Pershing 8X, which premiered indoors at Boot Dusseldorf in January, the Riva 90’ Argo, unveiled in Miami in March, and the Custom Line 106’, which premiered at the Venice Boat Show in June. 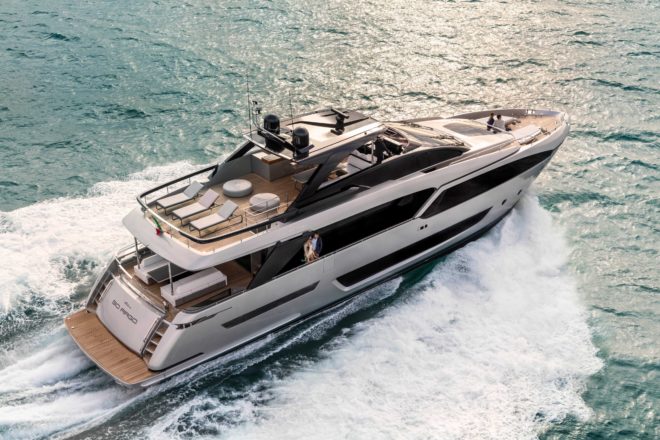 Monte Carlo Yachts is staging the world premiere of its new MCY 76 along with its two other ‘second-generation’ models of 2019, the 70 and 66. The seven-strong display of its full current range includes its four largest models – the 80, 86, 96 and 105. 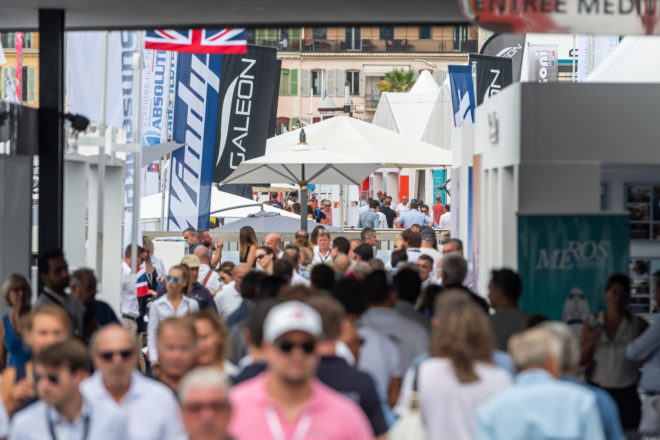 About 50,000 visitors usually attend the Cannes Yachting Festival over the six days

Fairline’s line-up is spearheaded by the world premieres of its flagship Squadron 68 and the F//Line 33, the builder’s smallest, fastest yacht, which are joined by three Targa models (43 Open, 48 Open, 65 GTO). 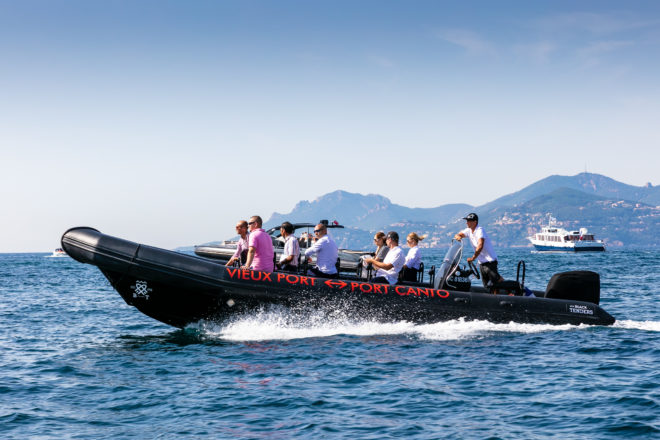 Pearl Yachts, which recently appointed NextWave Yachting as its dealer in Hong Kong, is showing its 80 and flagship 95, while will also be displayed at the Monaco Yacht Show. Spain’s Astondoa is exhibiting its 377 Coupe, 66 Flybridge and 100 Century.

Sunreef’s power catamarans in Vieux Port feature the world premiere of the Polish builder’s 80 Power as well as the Supreme 68 Power. French brand Lagoon is launching its Sixty 7 powercat alongside its flagship Seventy8, while China’s Aquila is showing its 36 and 44 powercats.

Meanwhile, French giants Beneteau and Jeanneau are among brands splitting their models between Vieux Port and Port Canto. 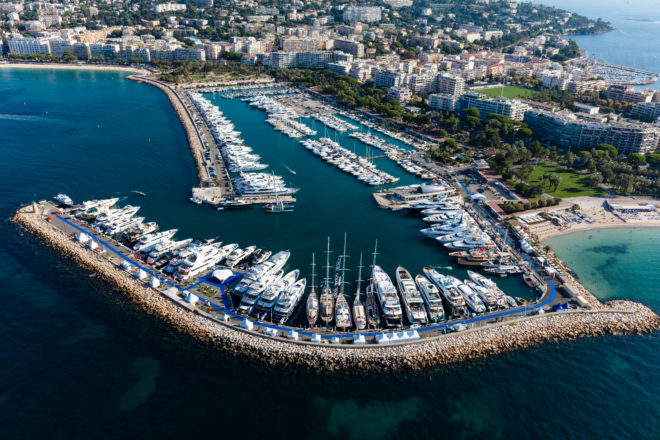 Finnish builder Nautor’s Swan is staging the world premiere of its Swan 48 with the 65 unveiled at Boot Dusseldorf in January and the 78 launched last year, while France’s CNB – soon to build its yachts in Italy – is showing its 66 and 76.

Sunreef is staging the world premiere of its 50 sailing catamaran with the Eco-Electric version of its 60, while the fast-selling 80 returns after its memorable debut at Cannes last year. Lagoon’s sailing cats include 40, 42, 46 and 50 models, and the enormous Seventy7, while France’s Fountaine Pajot is launching its new 45 sailing cat.

Last year’s Cannes Yachting Festival featured 219 show debuts – including 122 world premieres – among over 630 boats on display, with 51,000 visitors attending over the six days.