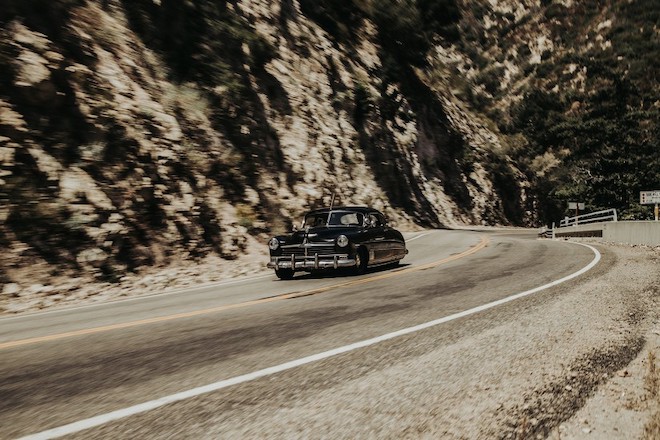 Like most great brands in Detroit, Hudson Motor Cars flourished during the golden age of automobiles, eventually merging with Nash-Kelvinator to form American Motors Corporation (AMC) in 1954. Sadly, the Hudson name was discontinued shortly after in 57, making the late 40s-50s models somewhat collectible.

There’s somewhat epic provenance behind a 1949 Hudson coupe like this one. As you might know, the onset of World War II meant that the Federal Government commandeered manufactures like Hudson for war-time production including aircraft parts and naval engines, and anti-aircraft guns. Ceasing auto production from 1942 until 1945, the Hudson “Invader” engine powered many of the landing craft used on the D-Day invasion of Normandy. 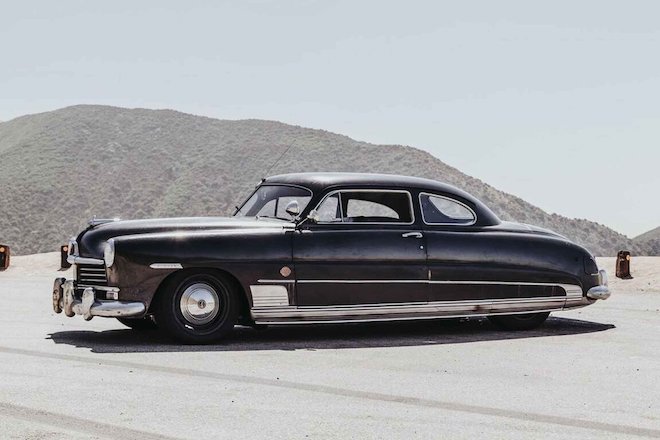 Shortly after resuming civilian production, Hudson introduced the  “step-down” body which introduced placement of the passenger compartment closer to the road within the perimeter of the frame; what resulted was superior centre of gravity and handling and along with strong, light-weight bodies, combined with its high-torque inline six-cylinder engine technology, they began to dominate NASCAR by 1950. The “Step down” body like the one found in this barnyard find, pioneered this concept we find in all automotive car bodies today. 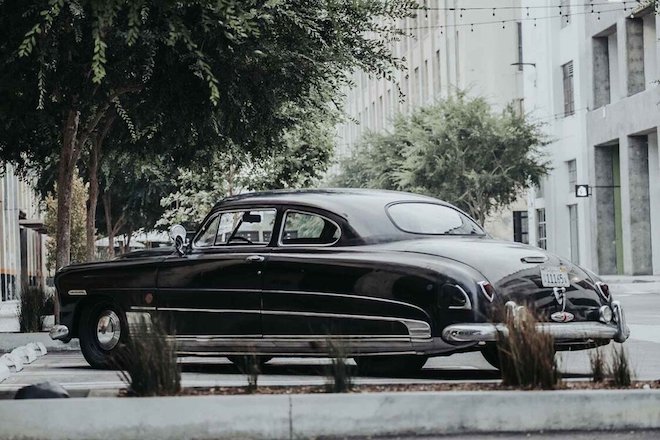 Then AMC President, George W. Romney eventually concluded that the only way to compete with the “Big Three” was to make smaller-sized cars with less detail (swagger), to the brand’s eventual demise. Thank goodness for California based artisans, ICON. Founded by a husband and wife pair, ICON was a response to collector market demands and expectations on classic cars – modern performance married to classic styling.

ICON Derelict Projects is a sub-division dedicated to taking classic cars of all makes and eras and then re-imagine them for modern use while staying faithful to the original aesthetic design. This barn-find 1949 Hudson coupe was discovered in North Carolina and adopting ICON Derelict Projects philosophy, the artisans looked through the eyes of the original designer and then with modern lenses, re-imagined the 1949 Hudson derelict Classic Coupe into a daily ride with a heck of a lot of rock-star attitude backed by 630 horsepower. 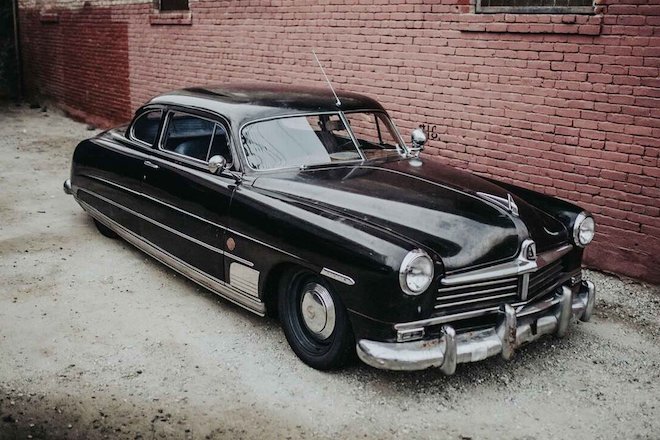 Re-writing history, trash has become treasure with a General Motors LS9 Supercharger, GM’s most powerful production engine ever under the hood of the revived 1949 Hudson coupe. A specially engineered Art Morrison subframe is integrated into the Hudson “Monobuilt” semi-unibody construction with fully adjustable 4-wheel independent suspension with ICON Brembo Sport brakes. Power is delivered through the 4L85-E automatic transmission into the Art Morrison IRS with Dana 60 differential. 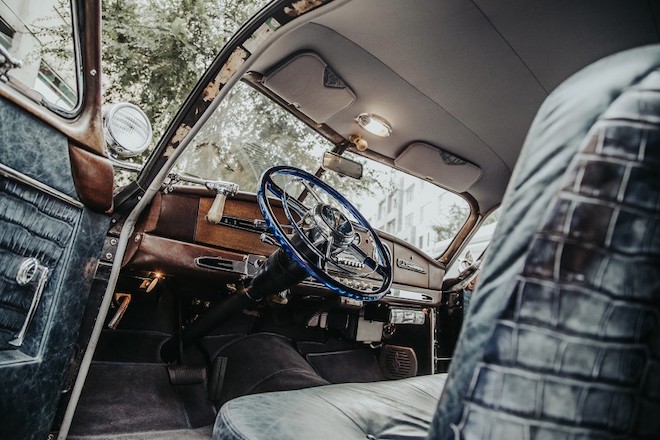 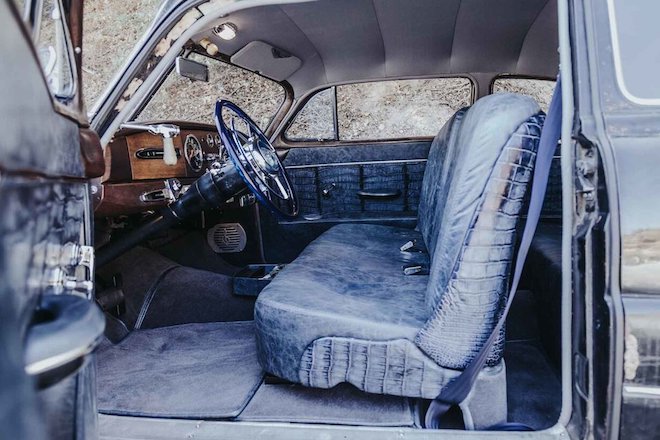