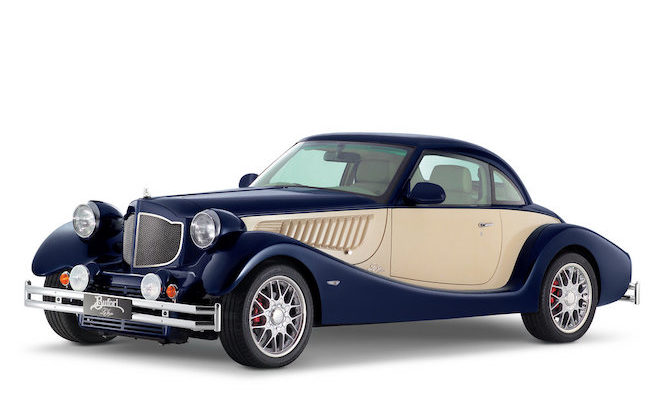 The Bufori La Joya was the first coupe style Bufori. 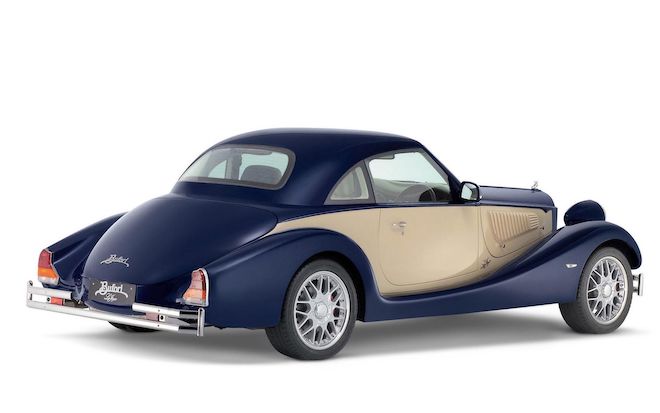 Introduced at the New York Motor Show in 2004, the La Joya rapidly became sought after by collectors and enthusiasts alike.

Hand-built automobiles inspired by American 1930s coupes, that was the dream of three Australian Lebanese brothers Anthony, George and Gerry Khouri. That dream was given form In 1986 when Gerry began to build these special sports coupes in his garage which led to the brothers incorporating Bufori.

For over 30 years, Bufori has been handcrafting exclusive luxury cars with a timeless classic touch. It’s a name composed from an acronym standing for Beautiful, Unique, Fantastic, Original, Romantic, and Irresistible. LUXUO spoke to Asia’s answer to Bugatti during the lead-up week of Penang RendezVous to get the details on these extraordinary carmakers 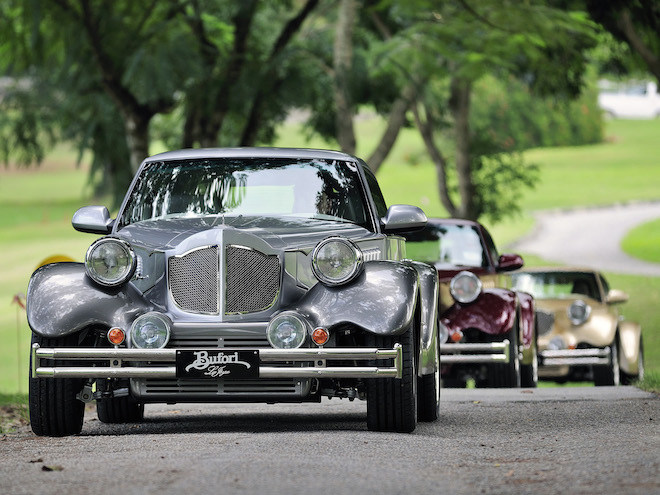 Designed to last, each Bufori can be completely bespoke: from unlimited choice of body colours to interiors — the choice of leather and wood paneling to the stitching thread and even its pattern. Other options include Persian silk carpets and 24-carat gold-plated instrumentation.

Driven by passion and dedication, the Bufori story is one of great achievements and resilience in the midst of setbacks. We interviewed Asia’s most luxurious and exclusive (they hand build 200 – 300 cars a year) car marque to learn just what makes Bufori so special. 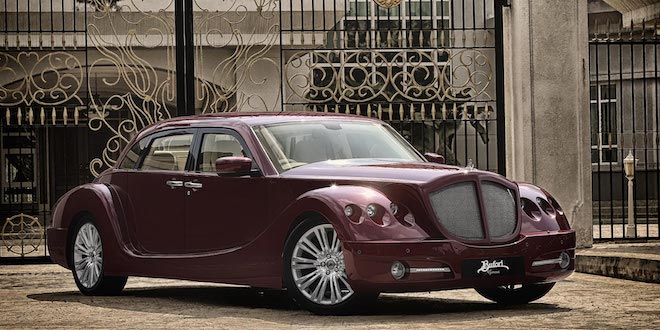 Each unit is built by hand using traditional techniques in a 25-step production process. The body of a Bufori is made out of carbon fibre and Kevlar composite material – they are designed for eternity 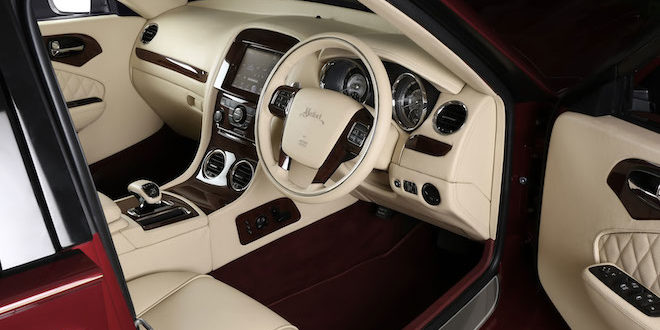 When was the BUFORI concept born ? Tell us more about the key three founders ?

BMC: Bufori started in 1986 out of a challenge between friends. Company founder Gerry Khouri wanted to prove that it is still possible to fully build cars by hand like in the Olden days. So he created his own workshop in his garage and built the first Bufori, which took approximately one year. Gerry always had a soft spot for classic cars, especially the 1920’s American classics such as the famous Auburns, Packards and Duesenbergs. He drew inspiration from these iconic automobiles for the styling of his own car. At this time Gerry was only 19 years of age, and his elder brothers Anthony and George supported him and were involved in the management of the company in the early years. Stemming from a family of property developers with Lebanese heritage, the Khouris have a strong sense of entrepreneurship, which certainly fuelled the expansion of Bufori in the past three decades. 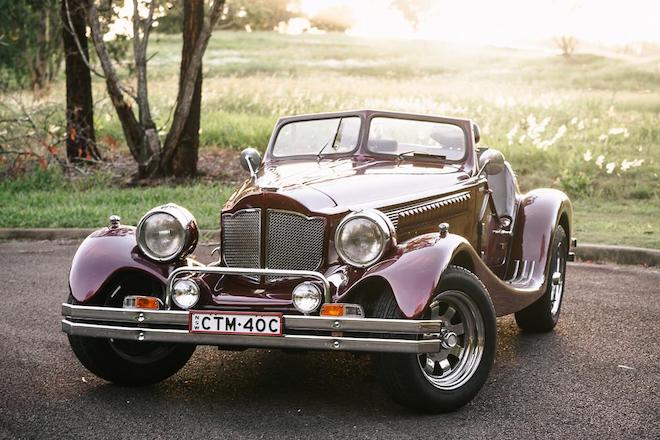 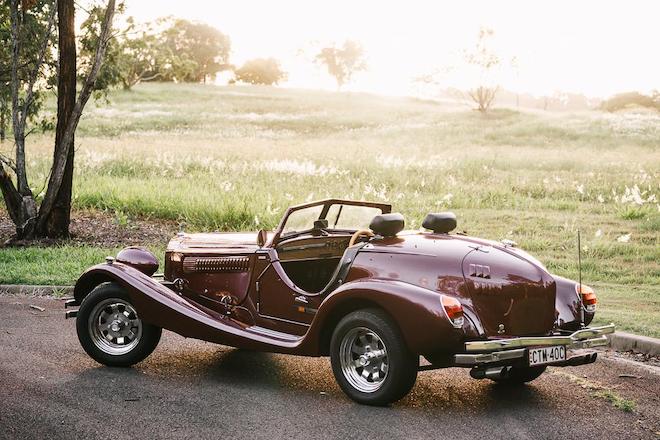 BUFORI stands out from any other car manufacturer, tell us more about the brand’s DNA and its uniqueness ?

BMC: People always say that you only need to see one Bufori and you will remember it for the rest of your life, whereas other luxury cars usually don’t stand out from the mass. A Bufori is unique, opulent and a tad flamboyant. The main components of its brand DNA are the distinct contemporary classic styling, the fact that all cars are fully handmade to the highest standard and of course the customisation, which allows every owner to create a vehicle which corresponds to their unique personality. 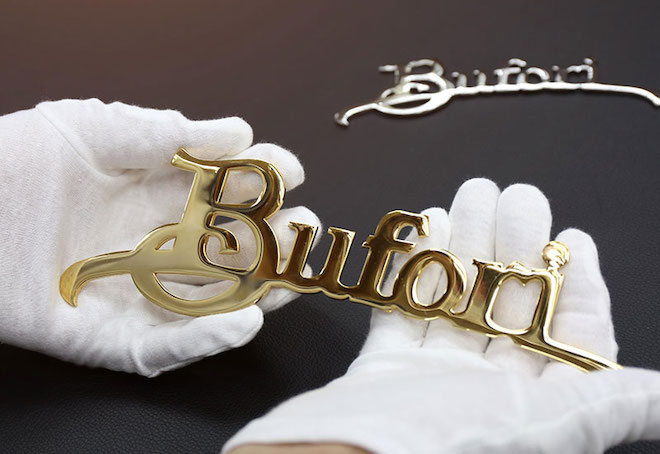 The human touch is present in all production stages. Designers, technicians and engineers draw, cut, stitch, paint, weld, mould and assemble every part, which is no small feat. 90% of everything inside the door is produced in-house.

What have been the latest BUFORI models released ? How bespoke is each model from the proposed car colours to the choice of leathers on offer ?

BMC: Our latest model is the Bufori Geneva Luxury Saloon, which is the first four door car produced in Bufori’s history. It was first launched as a concept at the 2010 Geneva Motor Show and our official production began in 2014. As for every Bufori, the car can be fully customised to suit the preference of our distinguished clientele. Any exterior or leather colour can be achieved. We can match colour samples such as a particular flower or fabric. Customers are only limited by their imagination. Whichever unusual idea they may have, our team will strive to make it a reality. We can include a fridge, a cigar humidor, a coffee machine, a Chinese tea set with sink or even secret compartments into the Bufori Geneva. Every Bufori is a single creation, unique and unrepeatable. 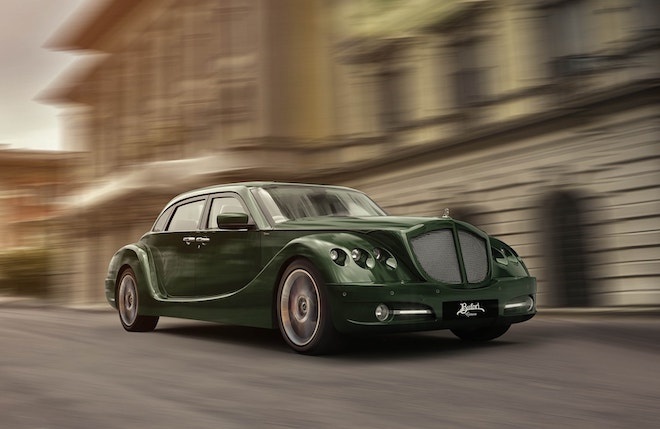 Each model is tested in Germany and homologated to European standards.

BUFORI has been expanding from Asia to the Middle East & European markets. Let us know what have been the major challenges to overcome ?

BMC: Bufori has been steadily growing its business over the past decades, with cars exported to nearly 50 countries worldwide. The most obvious challenge is to convince people that there is in fact a luxury car which is handmade in Malaysia. When people see the quality and attention to detail on a Bufori, they usually expect it to be built in Europe and don’t believe that it is fully developed, engineered and handmade in a suburb of Kuala Lumpur. Some even visit the factory only to ensure this is true. Another challenge, which is typical of the Middle East, is that customer don’t like to wait for their car to be custom-built. They would rather instantly drive away with a Bufori the same day they make an order. 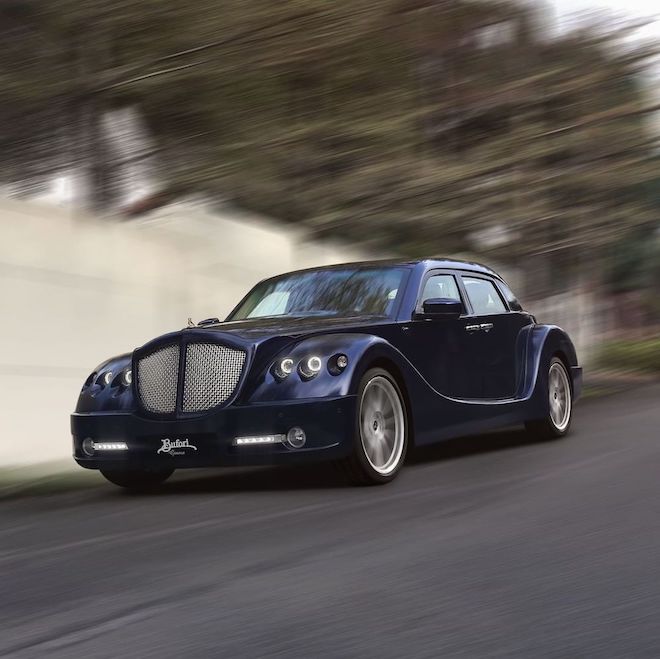 Buforis may look classic but these vintage inspired beauties are equipped with the latest in automotive technology, From stainless steel chassis to kevlar composite fabric on crumple zones (seven times stronger than steel for crash and crush resistance), the invisible is just as beautiful as the visible

We trust it is highly rewarding to meet BUFORI owners around the globe. What are the most important global events for you to meet BUFORI car lovers ?

BMC: Bufori tries to participate in global motor shows on a regular basis, but most importantly, we take part in smaller events with a more private crowd such as the Penang RendezVous.

BUFORI will be exhibiting at the Penang RendezVous 2019 this October. What should the visitors expect ? Can they order a BUFORI on site ?

BMC: Bufori hasn’t been in Penang for a couple of years and we are looking forward to coming back to this beautiful island and meeting the Penangites. We will showcase our Bufori Geneva Luxury Saloon and also bring our Bufori CS prototype as well as a Bufori La Joya. Our main objective is to interact with the guests and update them about our existing models and plans for the future, but of course we will also accept orders.